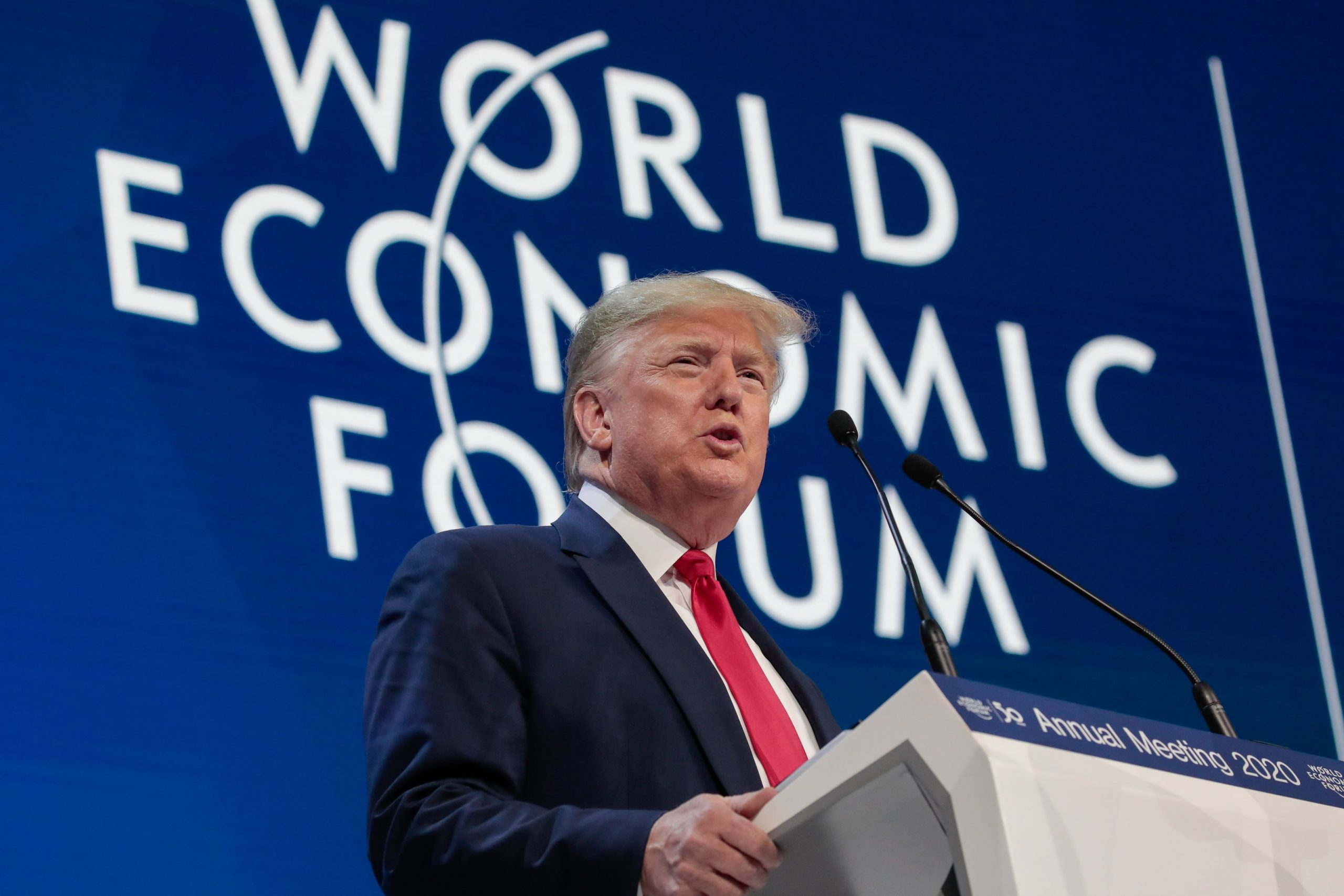 The president disagreed with calls for action and asked people to be optimistic. Speaking to the forum, he said, ” To embrace the possibilities of tomorrow, we must reject the perennial prophets of doom and their predictions of the apocalypse. They are the errors of yesterday’s fortune tellers and we have them and I have them and they want to see us do badly, but we don’t let that happen.”

In his remarks, Trump announced the United States would be joining One Trillion Trees, the WEC initiative, “Today, I’m pleased to announce the United States will join One Trillion Trees Initiative being launched here at the World Economic Forum.  One Trillion Trees.  (Applause.)  And in doing so, we will continue to show strong leadership in restoring, growing, and better managing our trees and our forests.” The initiative, launched at Davos, plans to “grow, restore and conserve 1 trillion trees around the world – in a bid to restore biodiversity and help fight climate change,” according to the WEC agenda.

When later asked at a press conference in Davos, if he still thought climate change was a hoax, he said, “No, not at all.  I think what is — I think aspects of it are.  I think that some people are — they put it at a level that is, you know, unrealistic, to a point you can’t live your lives.”

Thunberg spoke at the conference a few hours before Trump, pressing for urgent action on climate change. She said awareness of the issue has increased without any changes, ” Pretty much nothing has been done since the global emissions of CO2 has not reduced, if you see it from that aspect, what has concretely been done, if you see it from a bigger perspective, basically nothing … it will require much more than this, this is just the very beginning.”