Man Consoling an Endangered, Orphaned Gorilla Will Inspire You to Fight for Our Planet’s Survival 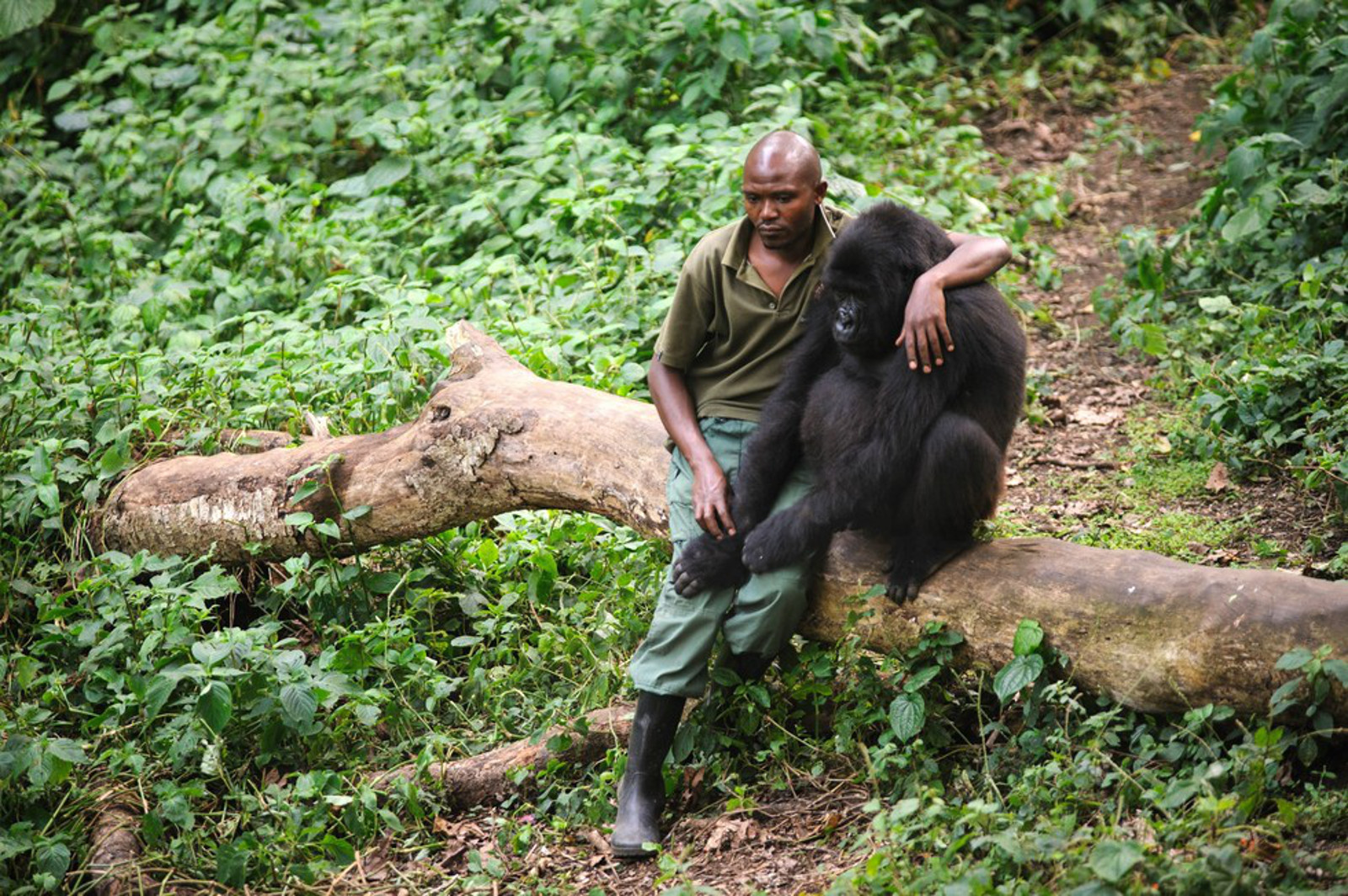 When you consider the many different types of habitat to be found on this planet – from its icy, seemingly barren polar ice caps to its lush, teeming rainforests – there seems to be no end to the vast array of plant, animal, and mineral lifeforms to be found here. Even in the most arid desert regions, life will always make its presence felt. Despite the breathtaking abundance of plant and animal species our planet contains, however, the sad truth is that Earth is in the midst of its sixth mass extinction event. The term “extinction event” is used to define any period from three to twenty centuries, during which the planet loses 75 percent of its biodiversity. The world has lost 52 percent of its wildlife in the past four decades alone, so it is well on its way to meeting that criteria.

While previous extinction events were caused by natural disasters, human activities have been the primary driver behind the current one. In particular, human-generated emissions of carbon dioxide, methane, and other greenhouse gases have increased the world’s average temperatures by 1.3 degrees Fahrenheit over the past century. This warmer environment has proved inhospitable to many of the planet’s species. For example, oceanic warming and acidification (caused by the fact that the oceans absorb some 30 percent of our greenhouse gas emissions, which lowers the waters’ Ph level) is threatening the planets’ vital coral reef ecosystems and the species that depend on them.

Industries such as coal, gas, and oil exploration are synonymous in the public mind with high greenhouse gas emissions, but not many people know that the animal agriculture industry is also a leading generator of methane. The United Nations’ Food and Agriculture Organization (FAO) has estimated that this industry contributes 14.5 percent to the world’s total greenhouse gas footprint, while other groups such as The Worldwatch Institute have found that the true figure could be as high as 51 percent. At the same time, this industry’s widespread clearance of forested land around the globe has driven countless native species to the brink of extinction. Around 70 percent of deforestation in the Amazon rainforest has occurred in order to make way for commercial cattle ranches. The palm oil industry has been another leading driver of habitat loss in the vital Leuser Ecosystem of Sumatra, Indonesia.

One of the many animal species at risk of going extinct because of human actions is the Grauer’s gorilla – also known as the eastern lowland gorilla – primarily found in the Congo Basin of Africa. Years of civil unrest in this region have taken their toll on the area’s wildlife; both the Grauer’s gorilla and the closely related mountain gorilla have seen their population plummet as a result. Sadly, a recent report by the Wildlife Conservation Society (WCS) revealed that Grauer’s gorillas now number less than 3,800 individuals: a 77 percent decrease in the last twenty years alone.

Rebel militia groups which set up their bases in the Congo Basin’s forests – following the Rwandan genocide of the 1990s – rely on bushmeat as a source of food, and gorillas are commonly targeted for this purpose. Liz Williamson, a primatologist at the University of Stirling, Scotland, has said that the situation in Eastern Congo, in particular, “is just tragic on every level imaginable. People there have been living through hell for twenty years.” Park rangers who attempt to protect the region’s wildlife are at the frontlines of this struggle – WCS has estimated that 170 to 200 rangers have been killed in the Eastern Congo since 1996.

This touching photo – which shows a man comforting a young Grauer’s gorilla who has just lost his mother – demonstrates that in many ways, the people and the animals of this troubled region are united by their shared grief. 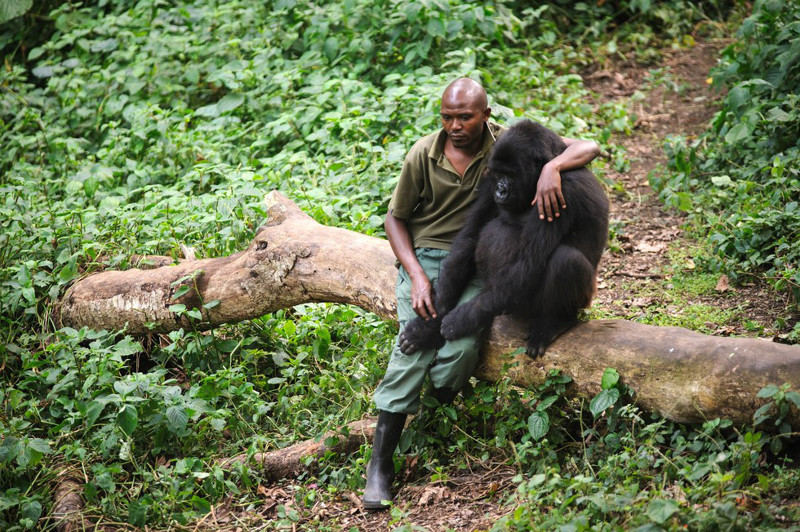 We are often bombarded with heartbreaking stories about humans committing terrible cruelty against animals. However, this poignant picture reveals that when we open our hearts enough to empathize with the pain of another living being (and understand that their grief is not so different from our own), the results can be truly beautiful. If only we all treated members of other species in this way!

It is certain that Grauer’s gorillas – and all of the other animals we have placed at risk of extinction over the past few decades – need us to empathize with their plight now more than ever. To learn more about the scourge of species extinction currently afflicting our planet, and how you can help put an end to it through your everyday actions, read the articles below.