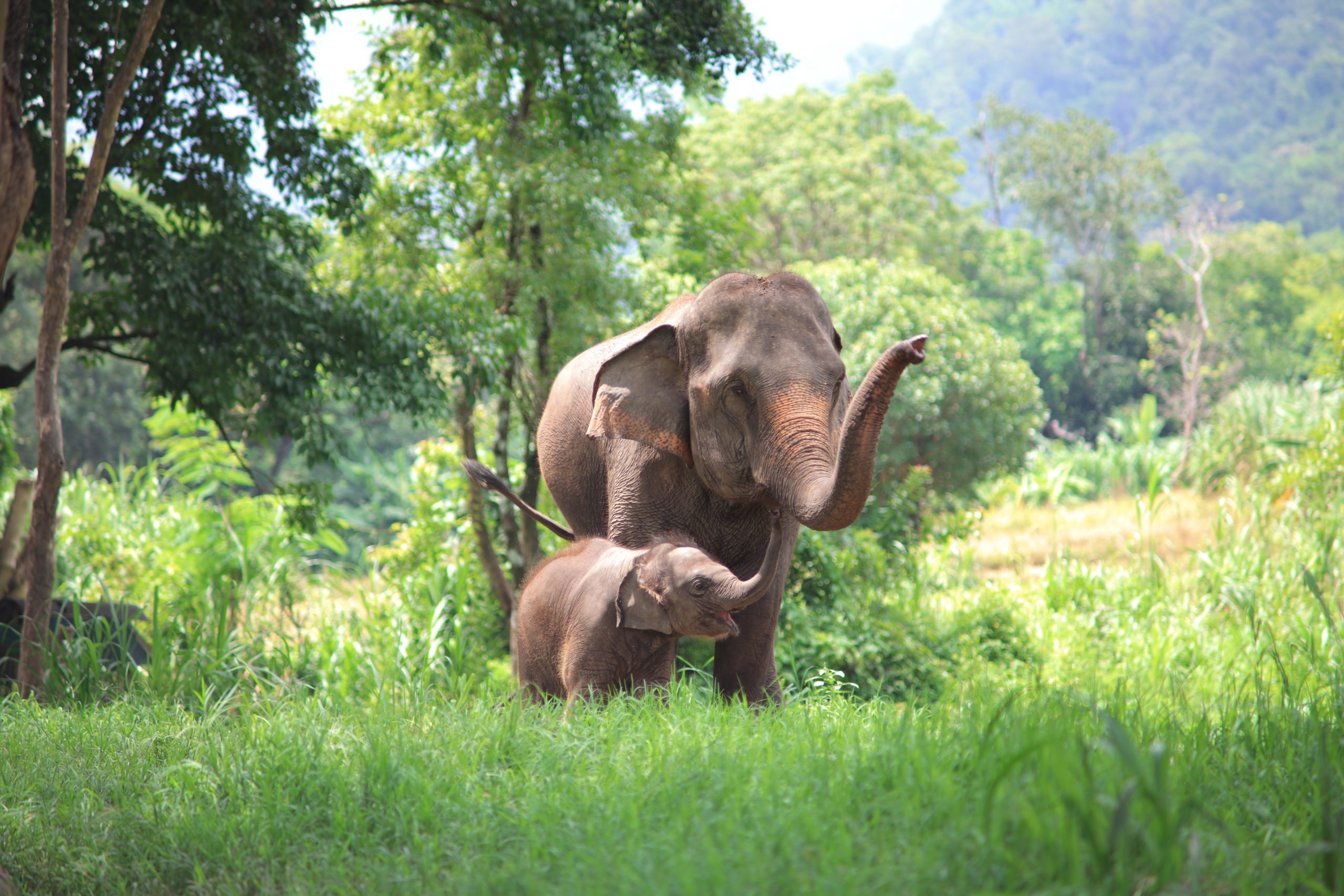 Through petitions, we can reach those in power and demand justice for others. They are valuable tools for making positive changes in the world. If you are looking for a way to help animals and humans, here are 10 petitions you should sign this week, including Tell Hermès to Stop Using Exotic Animal Skins, Protect Elephants from Exploitation, and Pay H-2A Workers Fair Wages!

1. Tell Hermès to Stop Building Crocodile Skin Farm and Ban the Use of Exotic Animal Skins in Their Products 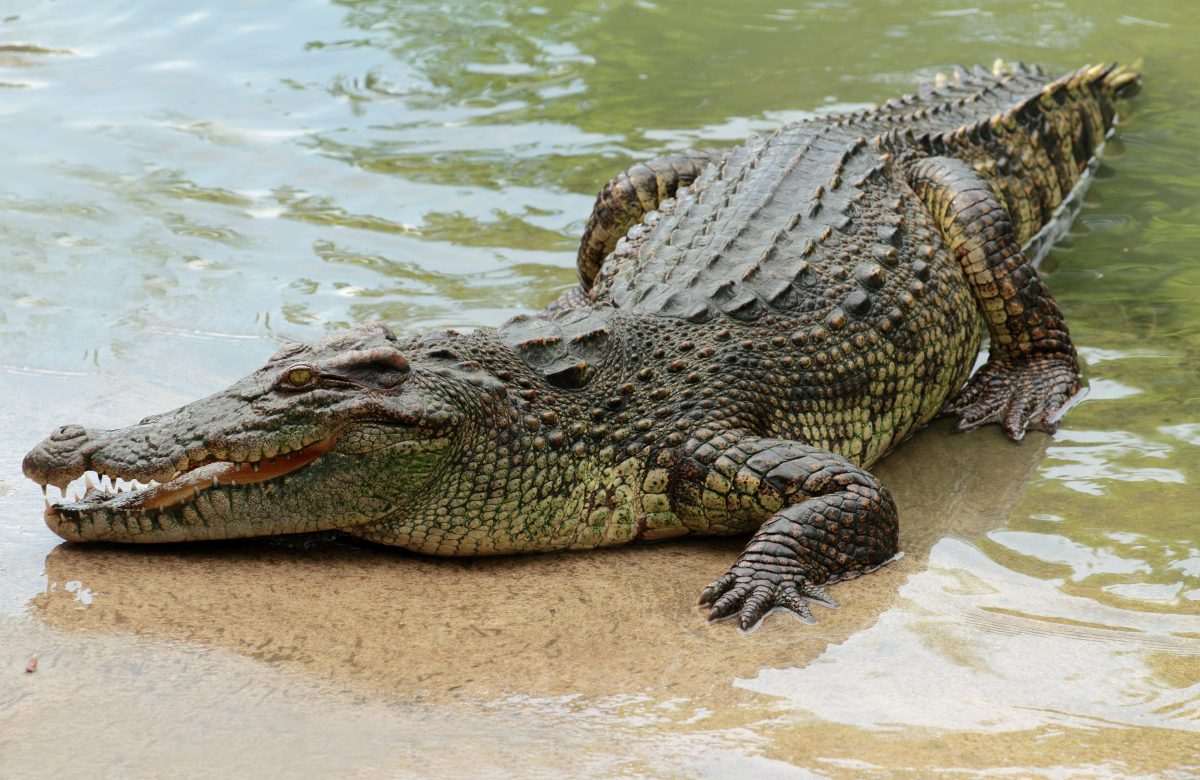 Hermès, the French fashion brand, wants to build a new facility in Australia where 50,000 crocodiles would be born into captivity never knowing freedom just to be cruelly skinned and turned into expensive handbags and shoes. They plan to steal eggs from wild crocodiles, which is obviously very distressing. These poor babies will hatch in captivity and be kept in tiny cages where they can barely move so as not to damage their skin. The suffering does end there. PETA’s investigations into various crocodile farms have found that these animals are killed in cruel, painful ways, such as electrocution and having their throats slit. Some crocodiles have even been found to be alive while being skinned. There is still time to stop them from harming animals for their non-essential and completely gruesome products! Sign this petition to demand that Hermès abandon the proposed facility in Australia, and ban the use of exotic skins from its products completely!

In countries like Malaysia and Indonesia, there are women farming palm oil who are being subjected to constant sexual misconduct by male employers and other workers. These women are threatened with physical violence as well as with the possibility of deportation or job loss. Their abusers need to be held accountable and work conditions need to improve! Sign this petition to demand the Indonesian and Malaysian Governments enforce stricter laws surrounding sexual harassment and abuse on palm oil plantations!

Pangolins are at the top of the lists for both most-poached and most-illegally-trafficked. Now, they’re getting closer and closer to the edge of extinction. Hundreds of thousands of them are poached and trafficked every year. A group of volunteers in South Africa, the African Pangolin Working Group, has been working to save injured, sick, and nearly-dead pangolins. These volunteer veterinarians and wildlife experts also want to crack down on illegal pangolin poaching and trafficking, however, they can’t do this on their own. Governments around the world need to provide assistance to help save this at-risk animal! Sign this petition to demand that the United Nations, the United States, and South Africa offer governmental funds and assistance.

As famed environmental justice lawyer Erin Brockovich writes: “It should go without saying that someone who advised DuPont on how to avoid regulations is not someone we want advising this new administration.” Yet, President-elect Joe Biden is doing just that. He recently gave Michael McCabe a position in his Environmental Protection Agency transition board. Rather than trying to help the environment and mitigate the climate crisis, McCabe has been helping the chemical company, Dupont, get around environmental regulations. While he was hired as a consultant Dupont dumped waste and “poisoned hundreds of thousands of people.” Sign this petition to tell incoming President Joe Biden to dump Michael McCabe, and only rely on trusted scientists and environmental experts!

5. Save Birds by Urging Officials to Enact Leash Laws on Beaches During Nesting Season 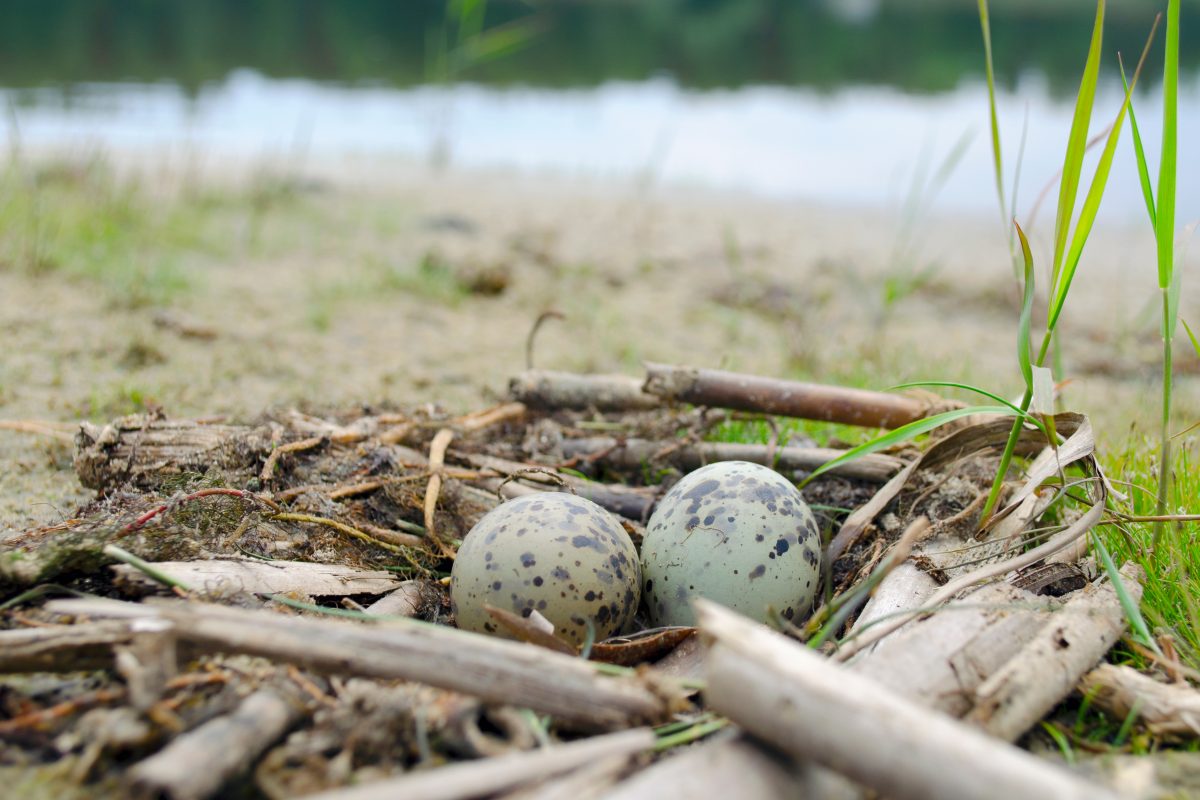 Before beaches became popular off-leash spots for walking dogs, ground-nesting birds used them as safe havens for their eggs. However, as more and more people have started walking their dogs off-leash at certain beaches, vulnerable bird populations have been steadily declining. Even if the dogs don’t physically harm the eggs themselves, the dogs often scare the birds, forcing them to leave their helpless babies and unhatched eggs unprotected from wildlife and the elements. While educating and directing the public through information campaigns and signs has proven to be very helpful, leash laws during nesting season, from March to June, would go a long way in helping declining bird populations. Sign this petition to demand that conservation officials in Spain, the UK, and any other European countries with wildlife-dense beaches enact leash laws during nesting season!

6. Find Person Who Stuffed a Baby Kangaroo in a Mailbox

Our Pimpama FRS crew was called to a Gold Coast post box this morning after a baby roo was put inside.

A quick response from our crew, & Aus Post with the post box keys, meant the joey was out in no time. Pleased to report our furry friend is in the hands of wildlife carers ❤️ pic.twitter.com/oCZIcvCR1P

Recently, someone heard distressing noises inside a postal box and decided to call the Fire Brigade and an Australia post associate to assist further. They found that there was a terrified baby kangaroo inside! This poor baby joey had been pushed through the swing door parcel opening in a street mailbox, causing him a lot of stress. After the rescue, he was rushed to a wildlife hospital due to the impact this had on his health. The cruel people who did this must be found and held accountable. Sign this petition to demand that the Queensland government start an investigation into this act of animal cruelty!

7.  Protect Chimpanzees from Poachers and Traffickers 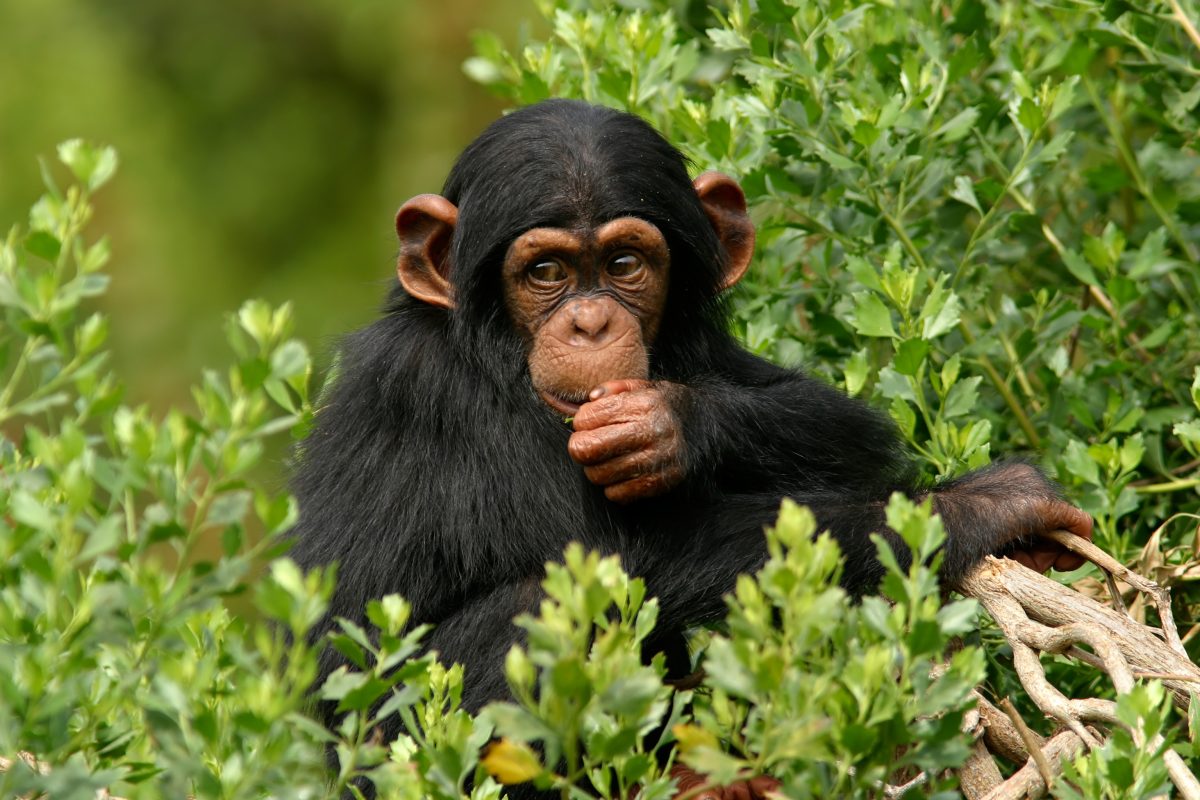 Chimpanzees are an endangered species. There are only around 200,000 of them left and experts project that in the next 30-40 years, their population will decline by 80%, leaving only 40,000 wild chimps alive. Sadly, chimpanzees continue to be trafficked, poached, and have their habitats destroyed. Baby chimpanzees are often stolen from their families, who poachers usually kill, and then are tied up in small enclosures. They are smuggled to be sold as pets under the guise of being legal exports to zoos. These poor chimpanzees suffer so much physically and mentally and this illegal trade must be better regulated. The Convention on International Trade in Endangered Species (CITES) is supposed to be regulating global wildlife trading in order to protect animals that are part of endangered species. Sign this petition to ask CITES to do their job and protect chimpanzees!

8. Don’t Let Elephants Get Sold to People that Will Exploit Them 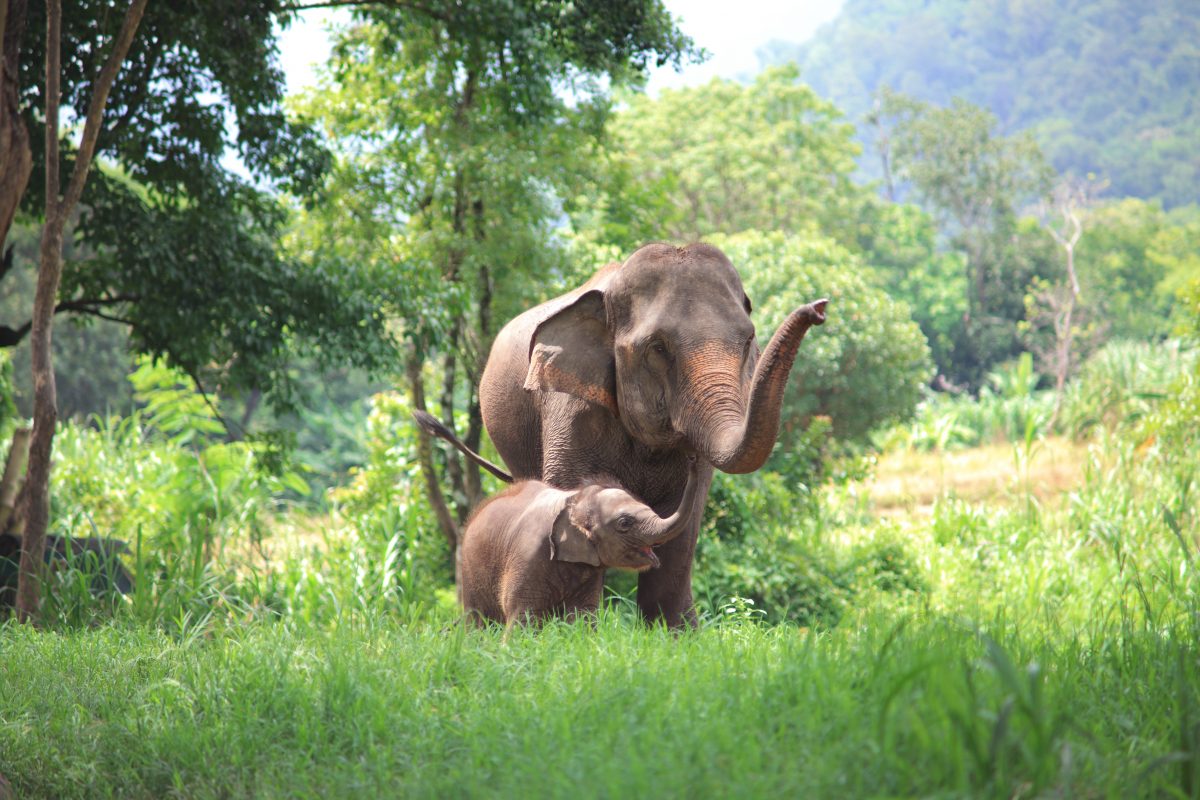 During the pandemic, elephants that are usually exploited by various tourist industries haven’t had to work and instead have been able to stay in various forested areas near villages. However, activists worry that lifting coronavirus measures will mean that these elephants will have to be put back to work. They also worry that some elephants will be sold to logging companies, zoos, and circuses that will exploit and abuse them. The mother elephants, who are used for logging, will be separated from their babies, who are usually used in circuses. Both industries are incredibly cruel and abusive. Animal welfare groups, charities, and nonprofits are trying to raise enough money for these elephants’ families so that the animals needn’t be sold into lives of horrible solitude, abuse, and hard labor. Thailand’s government has a responsibility to these elephants, as they are protected under the Cruelty Prevention and Welfare of Animal Act. Sign this petition to demand that the Government of Thailand provide funding for elephant caregivers’ wages and their elephants’ expenses so that these elephants can remain safe and happy, instead of exploited and abused!

9. Shut Down Abusive Zoo that Forces Monkeys to Box

The animals at a zoo in Phnom Penh, the capital city of Cambodia, are subject to extreme forms of abuse to “entertain” visitors. The staff has been seen pulling crocodiles by their tails; kicking, hitting, and climbing on them; and wrenching open as well as taping shut their mouths. They also put the animals in costumes for photo ops and shows where they are punished and coerced into performing tricks. The orangutans are even forced to box each other in a ring. Zoos are already cruel for taking animals from their homes and families, and confining them to tiny enclosures; however, this zoo takes the cruelty to another level. Some visitors have even observed visible wounds and evidence of maiming on the elephants and other animals. Sign this petition to demand that the Cambodian authorities shut down this abusive zoo now!

The H-2A program allows farms and other agricultural employers in the U.S. to employ people from other countries as ‘temporary agricultural workers.’ These workers come here having been promised a certain amount of hours, good pay, and housing, but are often exploited and lied to. Recently, the situation has gotten even worse as the Department of Labor made changes to the program so that exploiting these workers is even easier. They decided to workers’ wages for two years, after which they’ll be based on the average national pay for all workers, which rises way slower than farmworker wages. Furthermore, they called the surveying of farmworkers’ wages to a halt. Without this survey, there is no way to calculate a fair wage. This is unacceptable! These workers deserve fair wages for their work.  Sign this petition to demand that the U.S. Department of Labor reverses these ridiculous changes to the H-2A program!