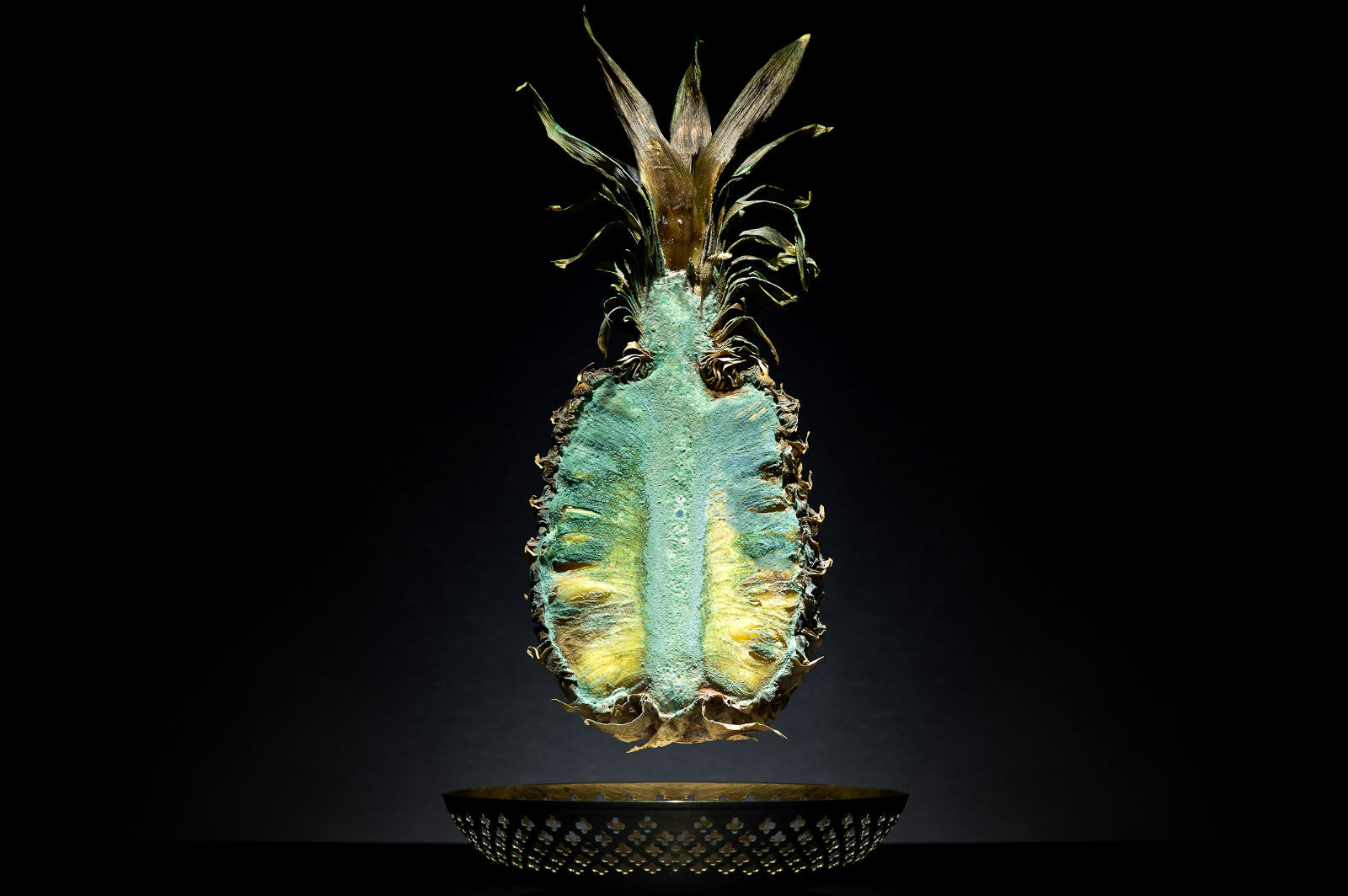 We’re all guilty of being wasteful with food. Whether we order too much at lunch and end up throwing out half, or do a huge grocery run and only eat half the produce before it goes bad. In some way, we are fortunate enough that we live in a society that can afford to waste food, but this habit of letting good food go bad is not as innocent as it might seem.

When our apples turn brown and our lettuce starts to wilt, we throw it in the trash without hesitation; out of sight, out of mind. But, of course, nothing ever just “goes away,” even foods that are technically biodegradable.

In the U.S., we waste around 60 million metric tons of food every year, 32 million metric tons of which end up in landfills. When organic waste breaks down it releases methane, a potent greenhouse gas. As innocent as decomposing fruit and vegetables may seem, food waste is responsible for around seven percent of global methane emissions. Given the fact that methane has a global warming potential 20 times higher than carbon dioxide, the impact of these emissions shouldn’t be taken lightly. And yet, food waste hardly ranks on most people’s top concerns.

Photographer Klaus Pichler hopes to change that, however.

In his series entitled “One-Third,” Pichler calls attention to our collective complacency when it comes to letting perfectly good food go to waste. After reading the Food and Agriculture Organization’s report that revealed one-third of food is wasted world-wide, Pichler grabbed his camera and set out to bring people face to face with food waste. 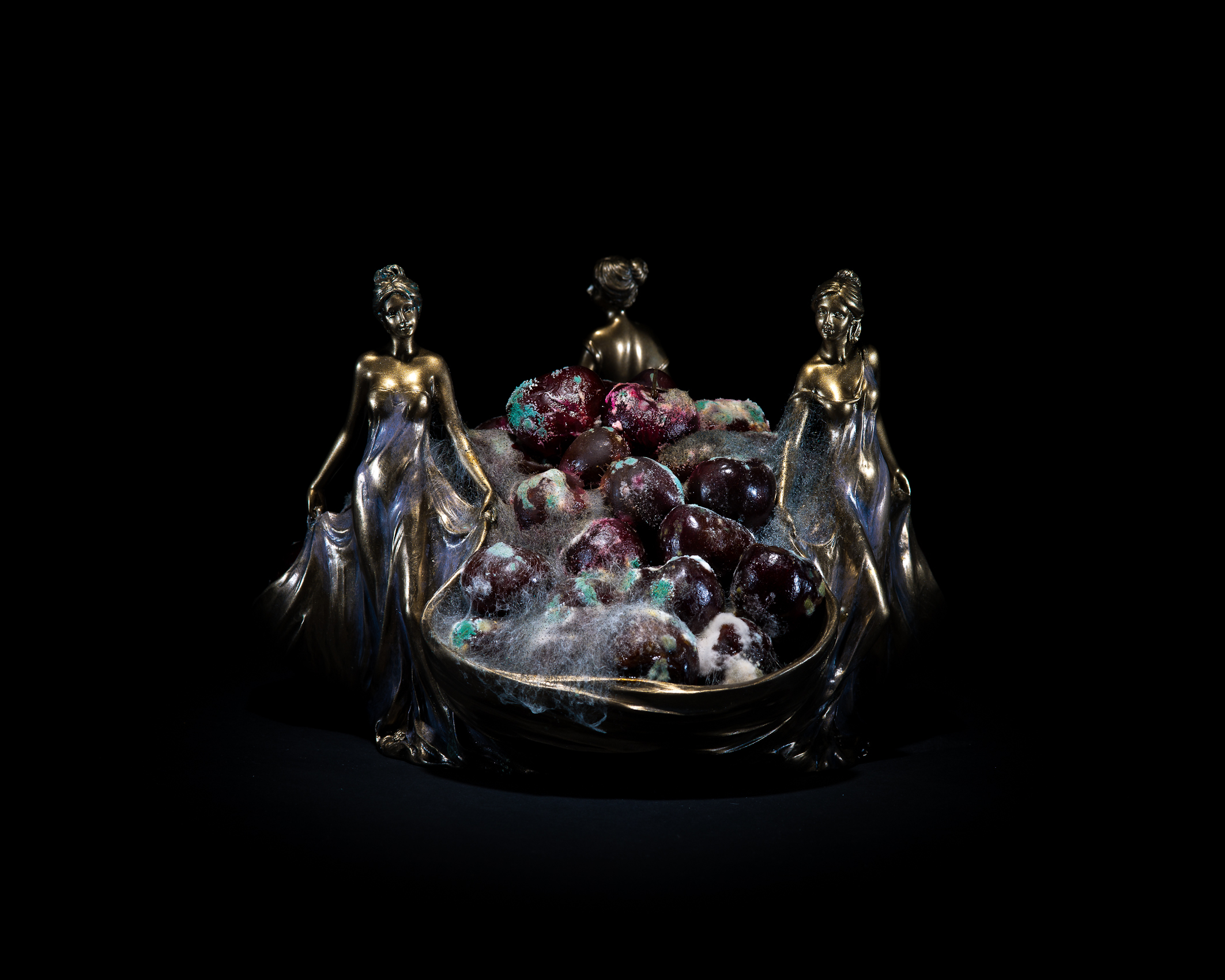 “It was a quite spontaneous decision to do this project,” Pichler tells One Green Planet, “after I read the UN survey on food waste, which stated that one-third of food goes to waste worldwide. In the poorer countries of the global South, mainly due to problems with storage, transportation and distribution; in the richer countries of the global North, due to retailer policies and consumers decisions.”

The implications of food waste also vary depending on which side of the socio-economic scale you fall. According to a report from World Bank, in undernourished regions of Africa and South Asia, the food losses translate to 400 – 500 calories per person, per day. In developed countries, losses are as high as 1,520 calories per person, per day. For regions struggling with food scarcity, the loss of calories is the difference between malnutrition and a healthy diet. In developed countries that can afford to waste nearly an entire day’s worth of calories, this is not the case.

“At the same time, nearly one billion people are starving worldwide,” says Pichler, “I was shocked by this survey and its numbers, and I almost immediately decided to get hooked to this issue and to do a photo series on that. I felt it necessary to do something on it since this is an issue which affects every one of us.” 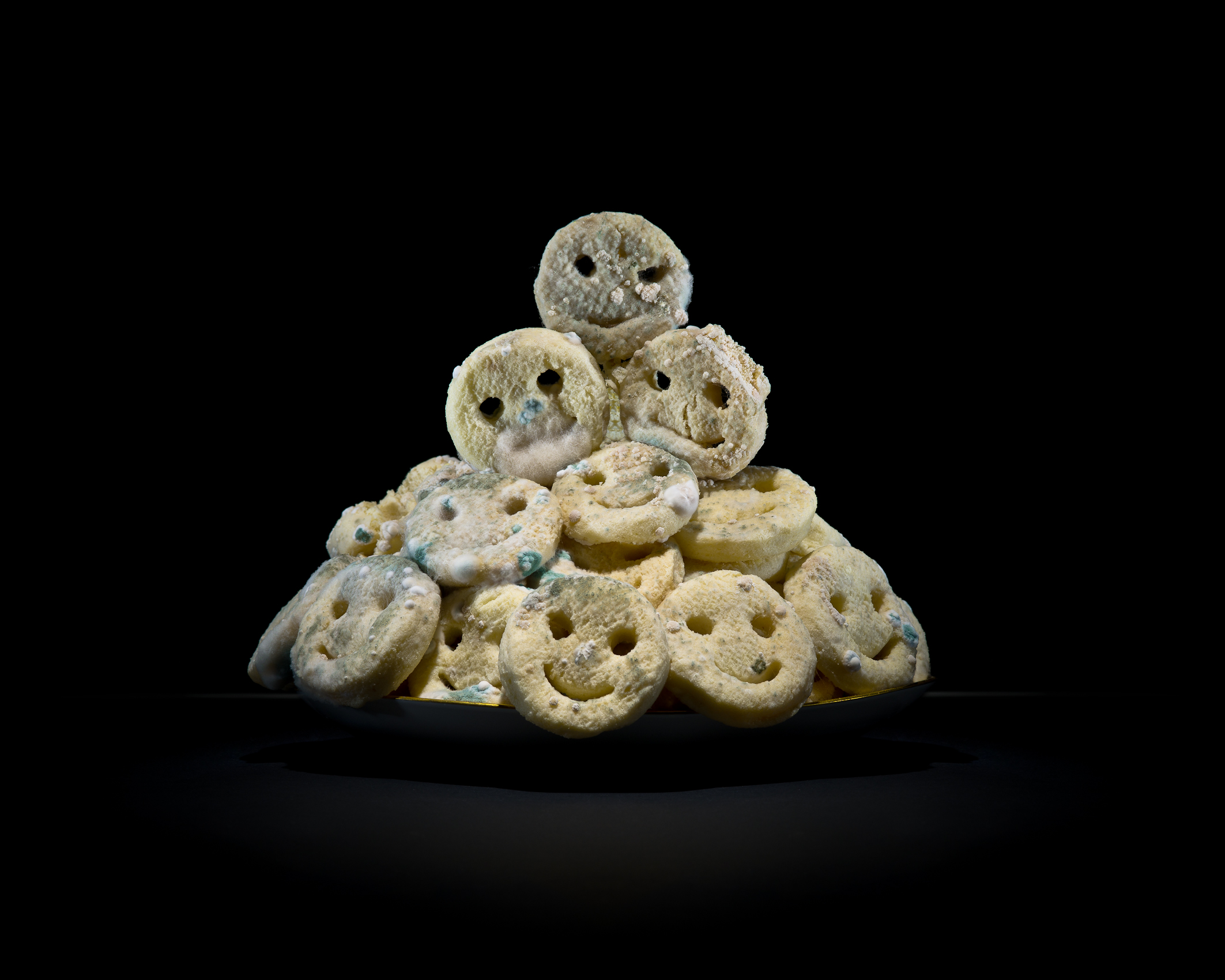 Getting people to recognize the far-reaching impact of food wastage is no simple task, but you be hard-pressed to forget Pichler’s images once you’ve seen them. Which, incidentally, was his exact goal. 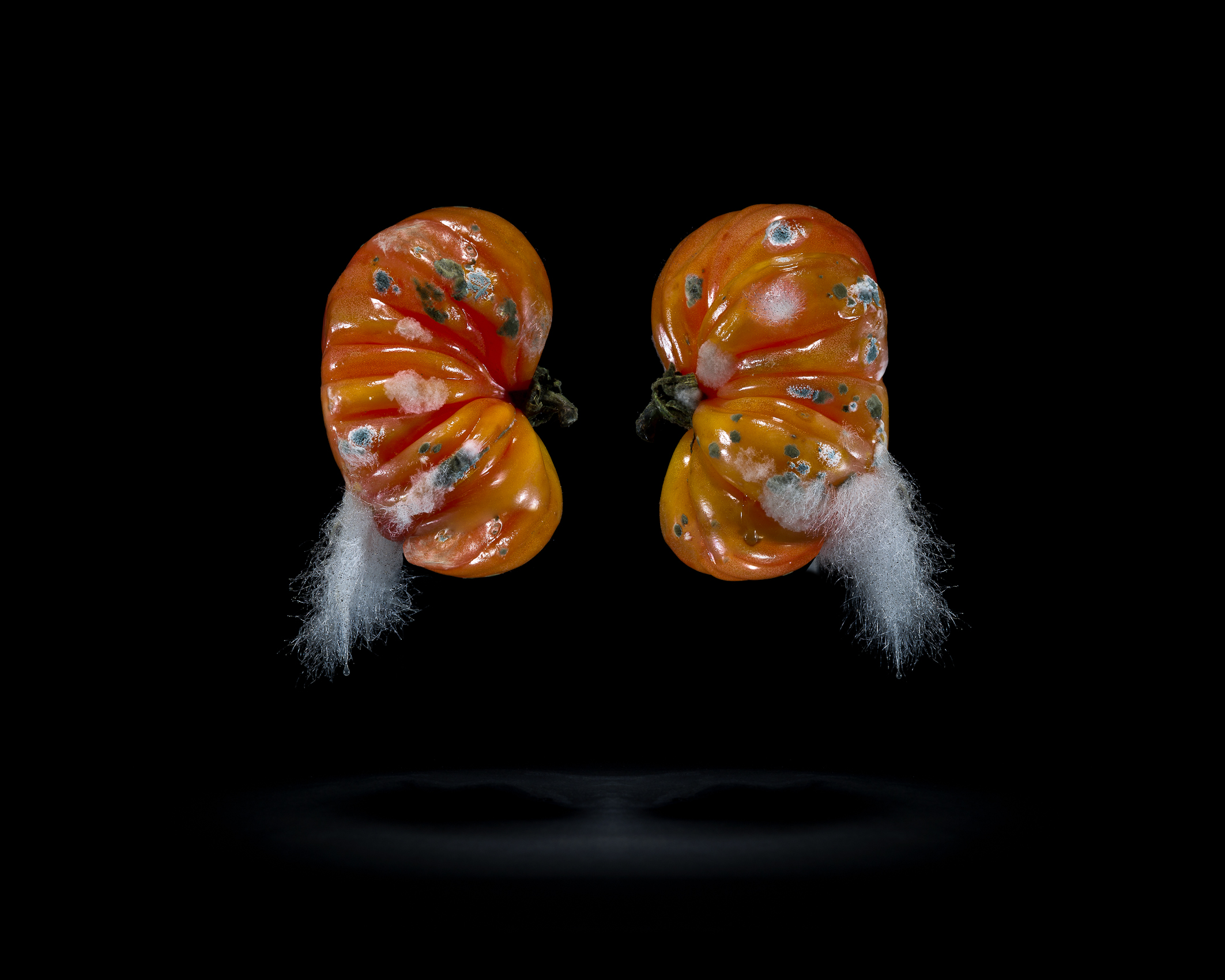 “Basically, my intention was to create a body of work consisting of both photography and text, done in a conceptual, abstract yet easy-to-enter way,” explains Pichler, “I wanted to create a twisted combination of beautiful pictures and hard facts, mainly to depict the food waste issue and its second layer, it’s connection with global food production.”

The global industrial food complex is inherently wasteful; over 33 percent of land worldwide is used to grow livestock feed. With a heavy focus on animal agriculture, the Western diet favors growing commodity crops such as corn and soy to feed livestock rather than people. In fact, we could feed over 1.4 billion people with the amount of grain that is diverted to livestock in the U.S. alone. 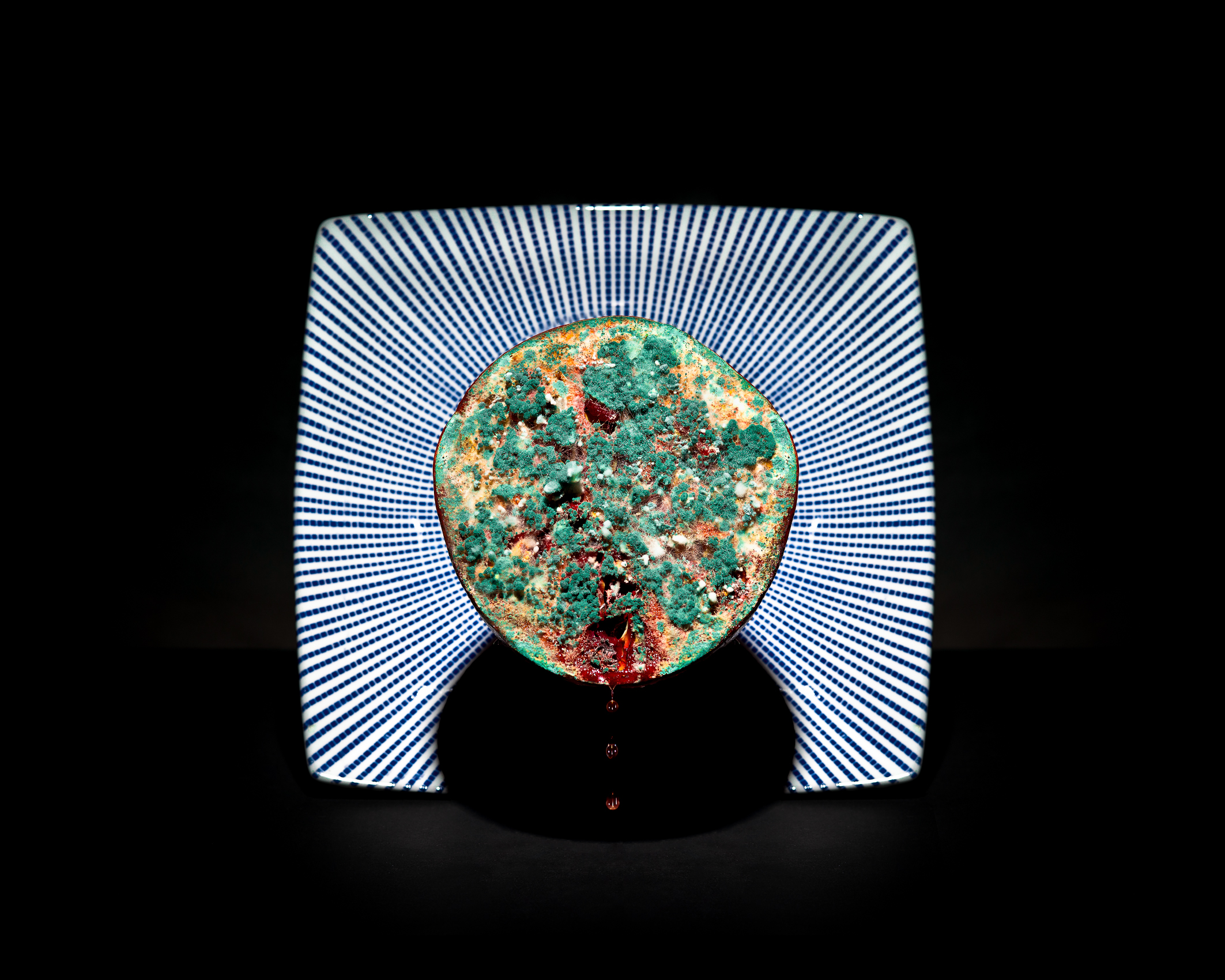 Sadly, this is not the only issue with an industrialized food system. Animal agriculture is one of the leading causes of environmental degradation across the globe. It is estimated that around 80 percent of tropical deforestation is driven by agriculture. In the case of commodity crops like soy, deforestation in South America occurs to meet demands for livestock feed in the U.S. Not only is food wasted by our own greed and poor planning, but also at an international, systematic level.

“I do believe that every consumer’s decision in connection with food is a strongly political action, intensely linked to global economics, internationalized food production and, as a matter of fact, neocolonialist tendencies, ” says Pichler, “There are plenty of hidden links in the pictures, which are connected with the cultural and political dimension of food and, connected to that, food waste.” 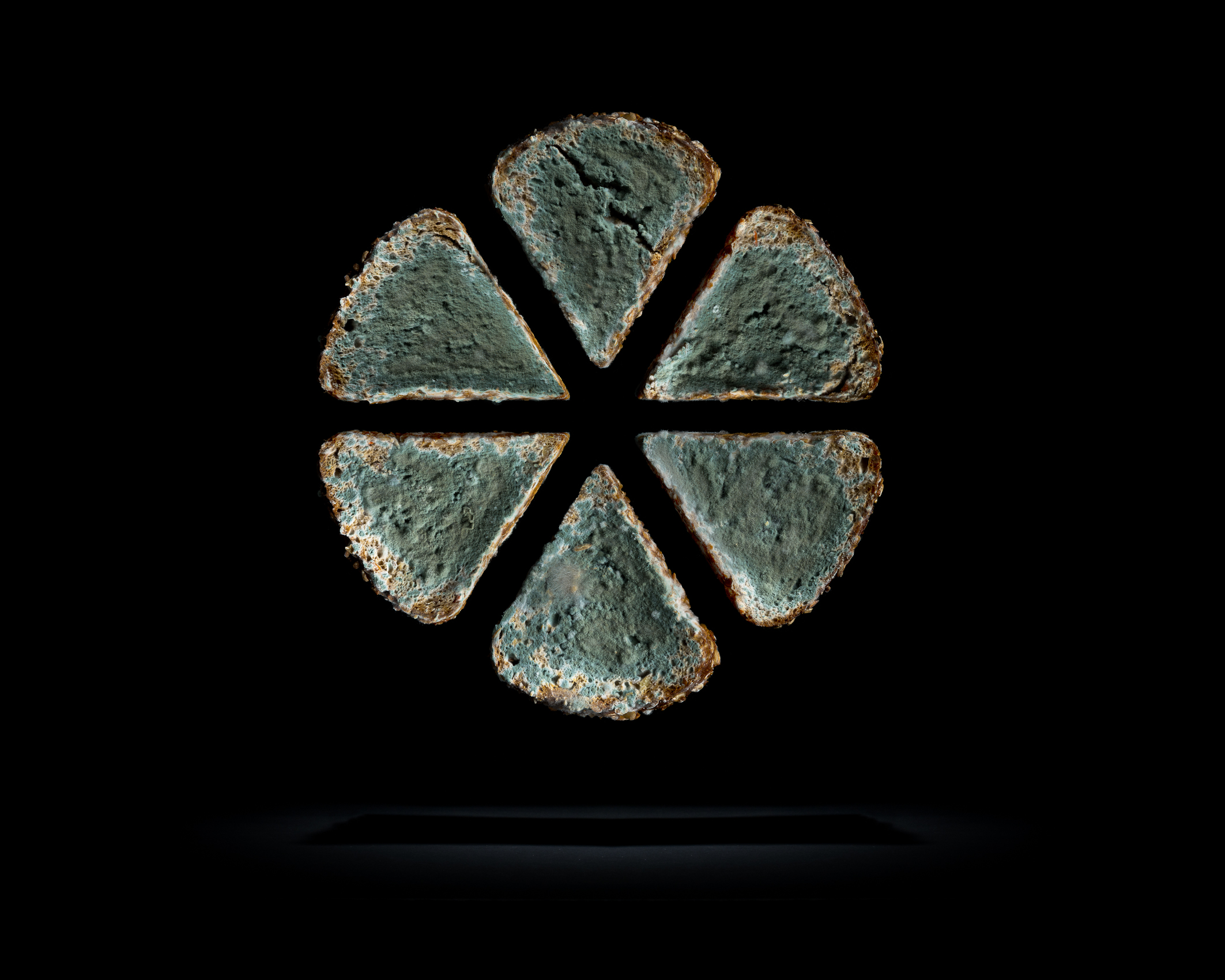 In many ways, Western culture sees an overabundance of food – resulting in excess waste – as a luxury. Pichler brings this idea to light in his carefully styled photographs. 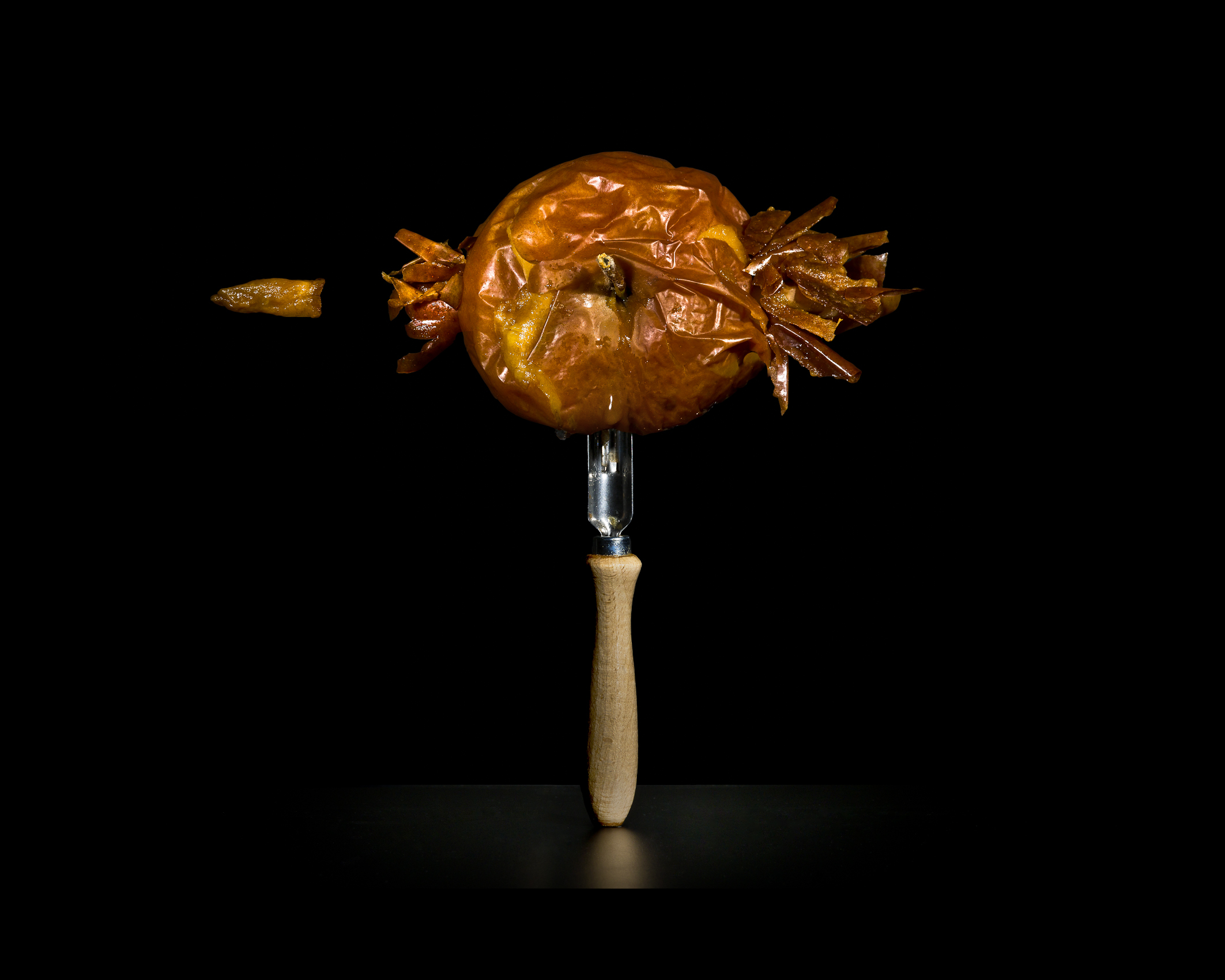 Pichler tells One Green Planet, “[the photos] create a “Wow!”-effect at first glimpse, immediately followed by the realization of what one is looking at actually. With that twist, I tried to set off a reflection of how much luxury is inherent in food (some of it produced far away and transported over huge distances) and what amount of “luxury” is thrown away day by day.”

Putting an End to Food Wastage

As consumers, we have an incredible opportunity to help reduce the issue of global food waste. Rethinking the way that you shop and carefully planning to buy just what you need is a great place to start, but you should also consider what types of foods you purchase. Knowing the amount of resources that go into making meat and animal products, you can make more informed decisions about the impact of your diet. Rather than feeding the industrial animal agriculture complex that feeds millions of livestock yet leaves billions of people hungry, you might consider a plant-based option instead.

Pichler’s photographs start a dialog about how we view food and food waste, but it is up to us to take action. As Pichler says, “The most important advice I can give to everyone who wants to reduce his or her amount of food waste is to think about their own consumption habits.” Starting with ourselves and working outward, we can help shift the food system to be more sustainable while feeding more people.

The best part, minimizing the impact of your diet can be incredibly delicious. To start, check out these awesome tips about how to remake your leftovers, and click here for sustainable plant-based options. Let’s start eating our way to a more sustainable world!