When Will Animal Farming End? This Researcher Has a Prediction 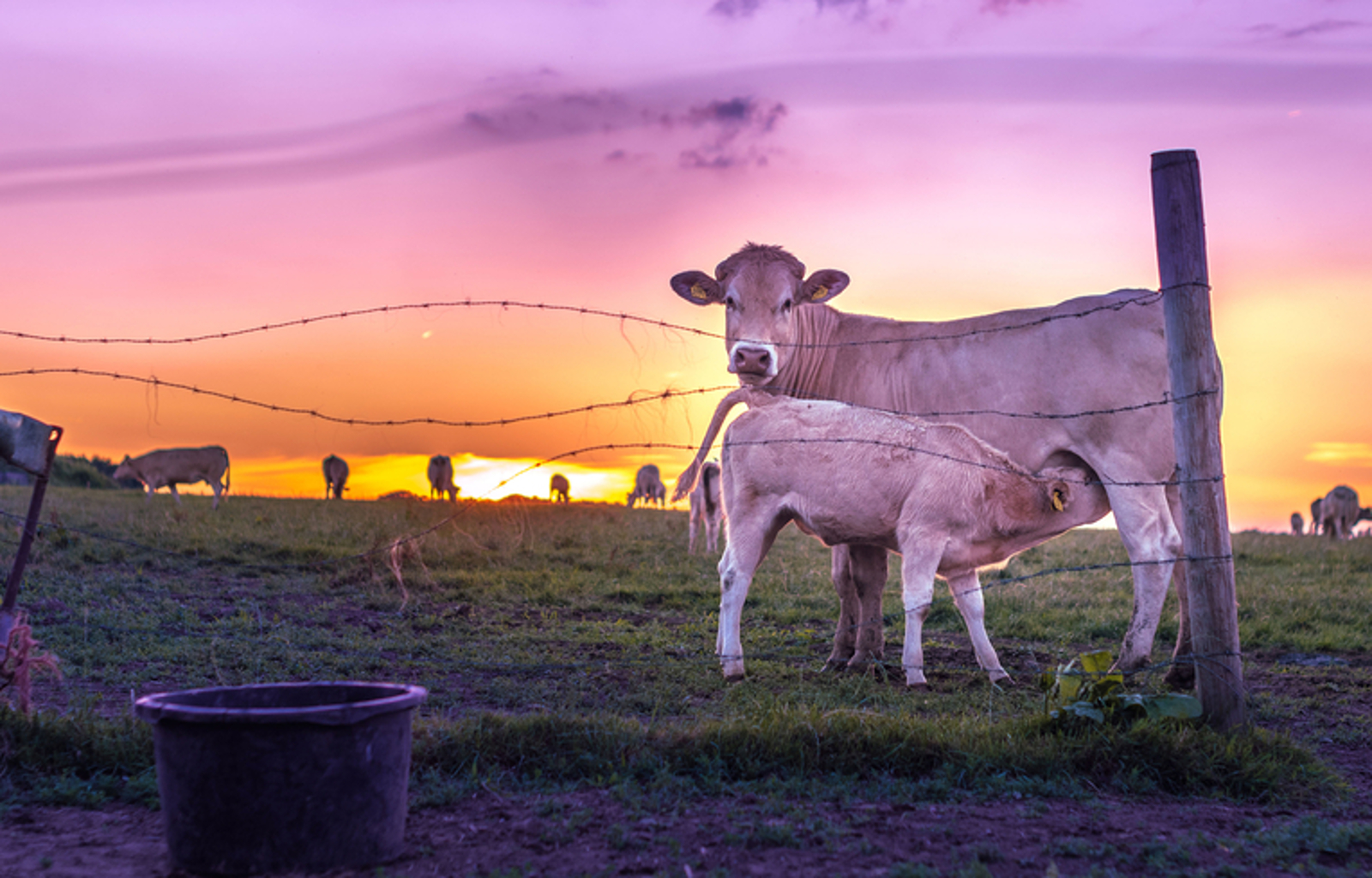 There’s a good chance that if you asked someone who eats meat if they approve of conditions on factory farms, they would say “no.” In fact, a recent poll by the Sentience Institute found that 49 percent of U.S. adults support a ban on factory farming and 47 percent support a ban on slaughterhouses. No one wants to know that the products they buy in the grocery store are the result of immense suffering – not to mention massive amounts of environmental destruction and pollution. However, despite these sentiments, the reality is 99 percent of all meat in the U.S. comes from factory farms. Considering only around six percent of Americans identify as vegan and seven percent vegetarian, so how do we account for the difference in opinion and action?

In a recent episode of #EatForThePlanet with Nil Zacharias, Jacy Reese, the co-founder and Research Director of Sentience Institute, a think tank dedicated to the expansion of humanity’s moral circle, talks about this phenomenon and how shifting opinions denote that the end of animal farming is coming – even if current attitudes and actions don’t always match up.

During the conversation, Jacy explains the details of the poll that found nearly half of U.S. adults are opposed to harmful farming practices and how they also found that many consumers believe they are buying animal products from places where the animals were treated humanely, although that only accounts for about one percent of products on the market. To these ends, Jacy elaborates on how we are in the midst of a social movement that will eventually expand our collective moral circle to encompass all animals – and effectively, lead the end of animal farming.

That might seem like a far-off reality, but Jacy spells out a timeline in 10-year increments that shows we are, indeed, already making progress towards shifting our collective perception of farmed animals and actively changing our diets. All-in-all, 54 percent of Americans are trying to consume fewer animal products and more plant-based foods already.

From explaining his theory of a “mixed food system” that puts plant-based alternatives next to animal-based options (think the oat milk option in coffee shops next to cow’s milk) and working towards a future where restaurants will default to a plant-based burger – only serving beef burgers if it is specifically requested – Jacy makes a rather compelling argument for the imminent demise of our animal-centric food system.

This is a wide-ranging conversation that also dives into the role of technology like cultured meat and artificial intelligence in our future food system, as well as tips for animal advocates on how to be more effective.

As an animal rights advocate or environmentalist, it can be very easy to feel like your work isn’t making an impact – but if you listen to this interview, you will see how our collective effort has already started to cause ripple effects and push our morality forward. Jacy points out that there was a time that dogs and cats were not considered worthy of sharing our homes and the bulk of the population condoned their abuse, but seeing the progress we have made in this small respect to animals illustrates how vastly this social movement to include animals as “worthy” beings has changed.

To hear Jacy’s detailed timeline that leads up to the end of all animal farming by the year 2100, listen in! 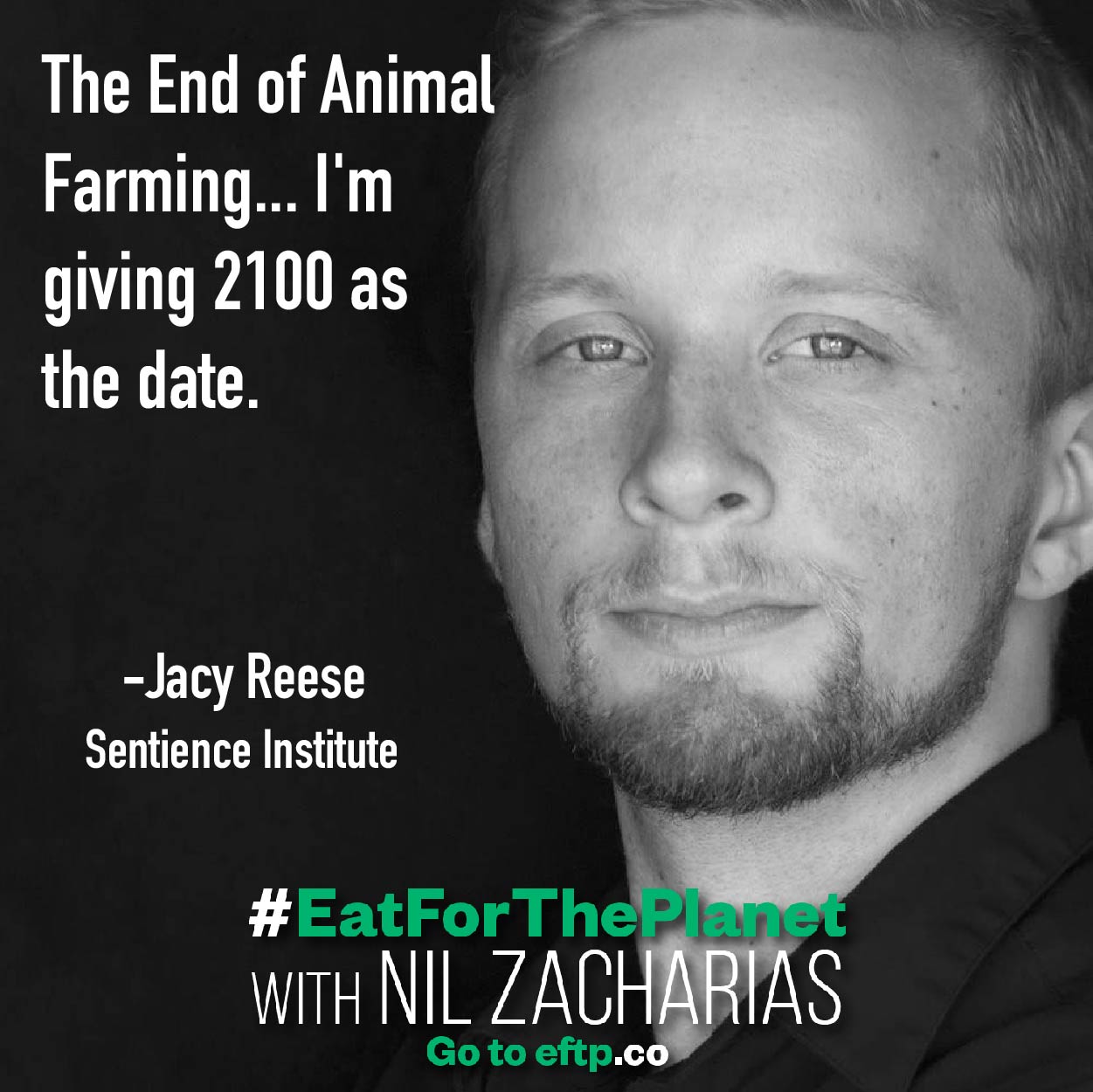