Protect the Ocean, Justice for Abused Dogs, and Deplatform Lele Pons for Animal Cruelty: 10 Petitions to Sign this Week to Help People, Animals and the Planet! 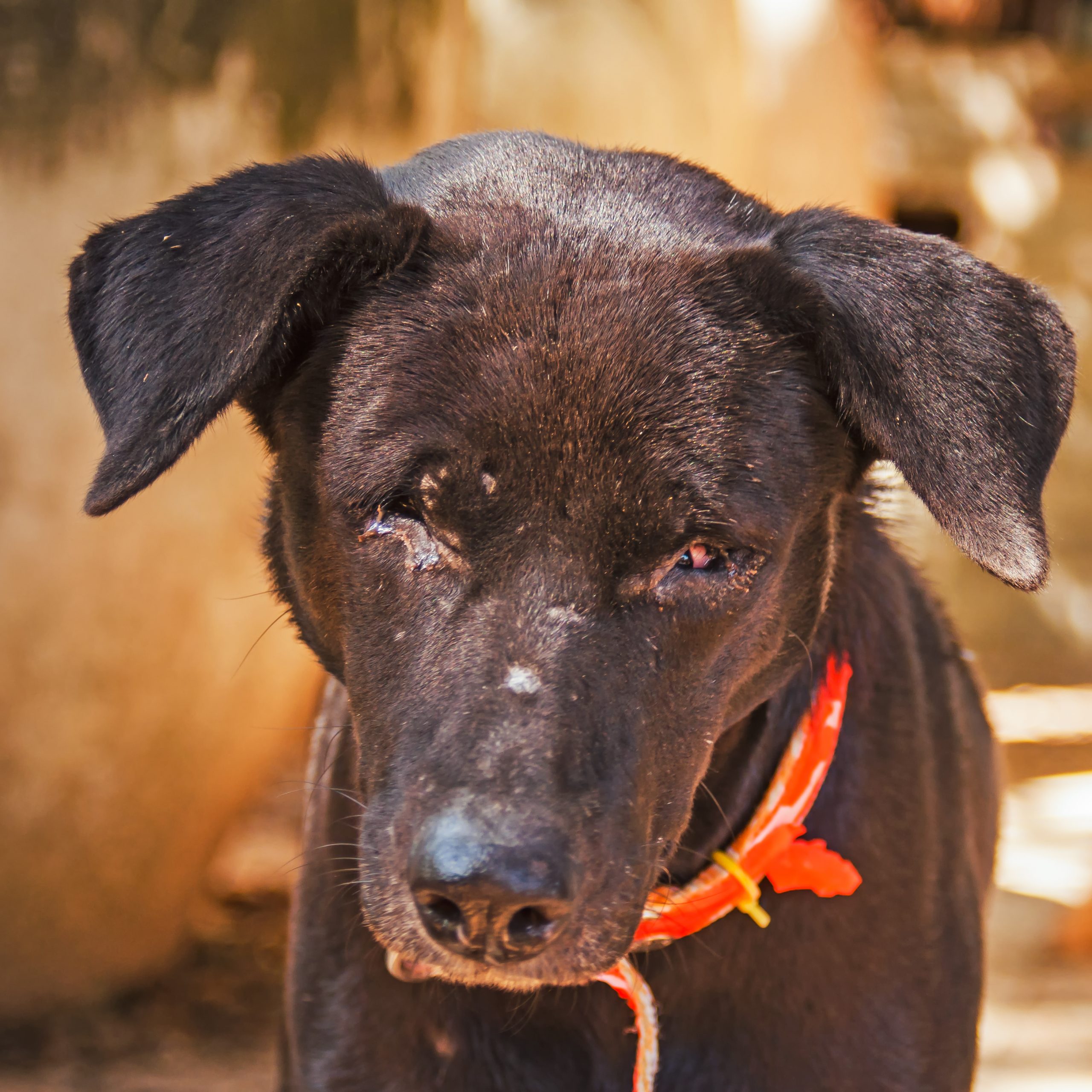 Through petitions, we can reach those in power and demand justice for others. They are valuable tools for making positive changes in the world. If you are looking for a way to help animals and humans, here are 10 petitions you should sign this week, including Protect the Ocean, Justice for Abused Dogs, and Deplatform Lele Pons for Animal Cruelty.

Sarah Vorhaus was outside walking her dogs when four masked men approached her and she heard a voice behind her say “Give me your dog.” She turned around to see a man pointing a gun at her. One of the masked men punched her a few times and then, they took her 5-month-old French Bulldog, Chloe, got in a car, and drove away. Because French Bulldogs can be sold for large sums of money, other people in the Bay Area have also had their dogs stolen. Sign this petition to tell authorities in San Francisco to prioritize finding Chloe so she can be reunited with Sarah!

3. Find Person Who Neglected Dogs and Starved One to Death 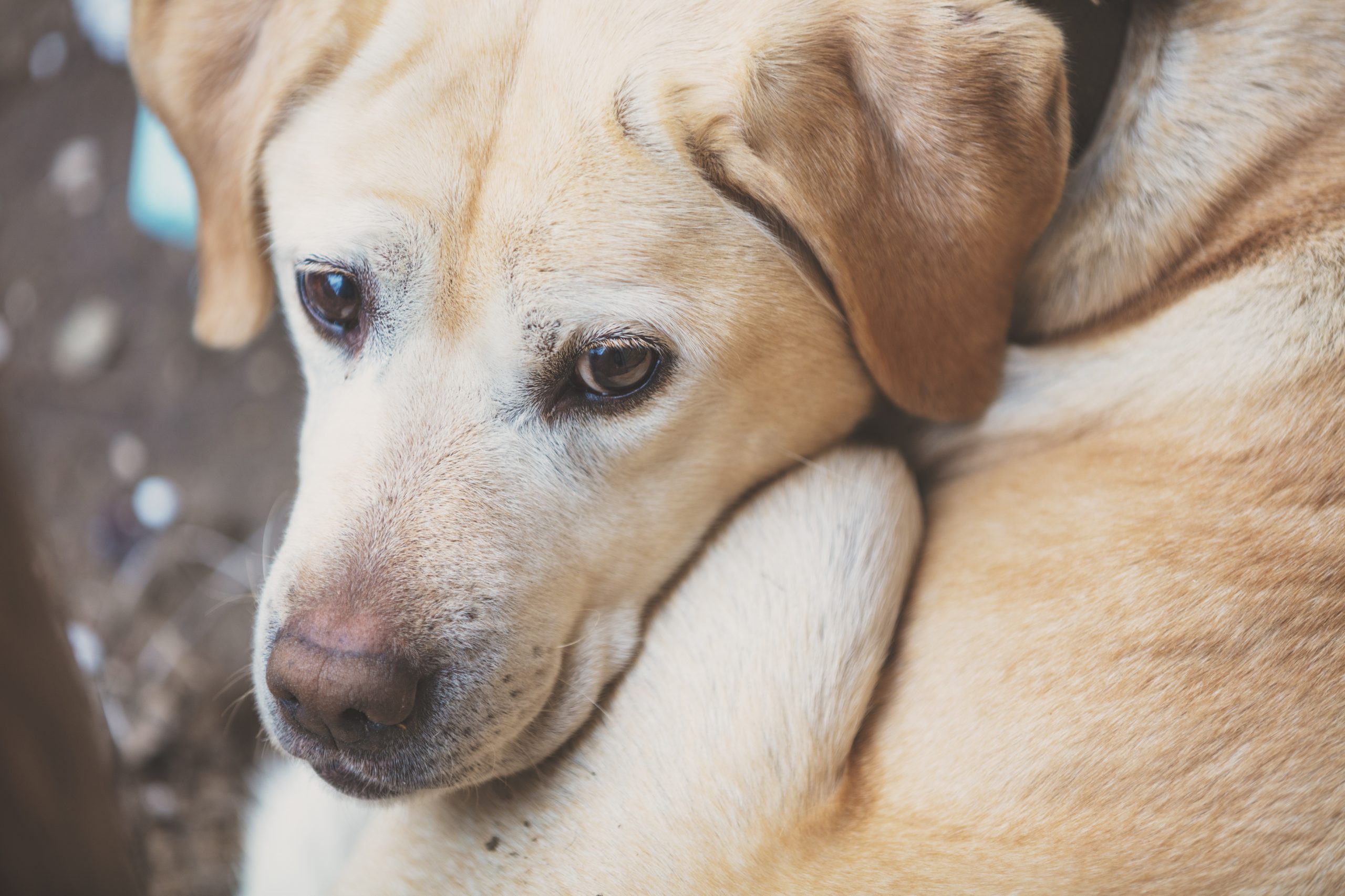 At the end of 2020, authorities found a horrible case of animal abuse and neglect in Michigan after receiving an anonymous tip. The room was covered in feces and without food or water. Three dogs were recovered from the home, but sadly, only two of them were alive. A veterinarian stated that the dog who had died hadn’t eaten in at least 30 days. Sign this petition to demand necessary resources are put towards finding the culprit so that they can’t treat another animal like this again.

4. Demand 10 Days Paid Sick-Leave to Stop the Spread of COVID

A new report from Toronto’s Medical Officer of Health cites workplaces as sources of rising COVID19 infections and strongly recommends that employees: “have access to no less than 10 paid sick days annually in the event of a declared infectious disease emergency such as the COVID-19 pandemic.” However, there have yet to be any official mandates of paid sick days for individuals during the pandemic and only around 42% of employees in Canada have access to paid sick leave. In order to slow the spread of COVID and save lives, it’s crucial that financial barriers not stand in the way of people following important health and safety recommendations. Sign this petition to demand that Doug Ford mandates the necessary funding and support to employers so that workers in Ontario will no longer be working while sick.

5. Help Women Get Access to Abortions Via a Pill

Mifeprex is an abortion pill that can be used to terminate a pregnancy up to 10 weeks. It’s effective, has helped over 4 million people terminate an early pregnancy in the US since 2000, and has been linked to zero deaths. However, the Supreme Court recently reversed a federal court’s ruling that an in-person visit should not be required in order to get an abortion pill. Now, pregnant individuals are not able to get an abortion pill through a “retail [or] mail-order pharmacy.” This is based on the Food and Drug Administration’s ongoing attempt to restrict access to this important pill. Sign this petition to demand that the FDA remove the unfounded restrictions on the abortion pill Mifeprex and tell the truth about its scientifically-proven safety record. We need to make sure that abortions are accessible! 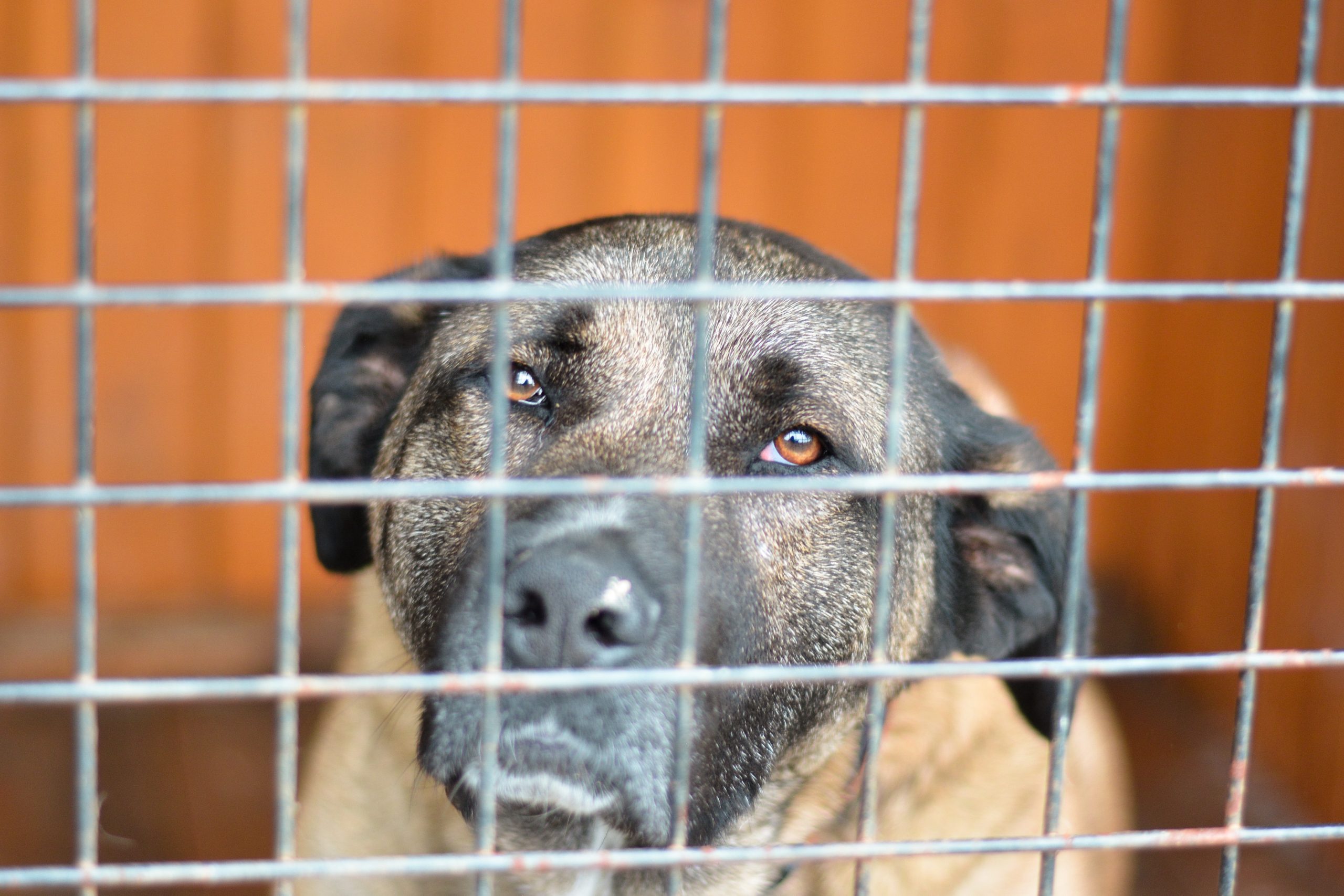 In the UK, the police and RSPCA recently found out about an abusive and illegal puppy breeding operation. The windowless room was filled with tiny cages holding dogs whose fur was matted in blood and feces. There were obvious signs of terrible neglect and abuse and the dogs were extremely fearful of people. Fortunately, they were able to rescue these dogs so that they could get veterinary care and eventually, find loving homes. The Bedfordshire Police are asking for anyone with information to contact them through their website. But for animal lovers and protectors all over the world, there is still something we can do. Sign this petition to encourage the Bedfordshire Police to exhaust every resource to find whoever kept these dogs captive while exploiting and abusing them!

The LAPD has a budget of $1.189 billion every single year. Despite this huge amount of money, they recently decided to disband their Animal Cruelty Task Force that helped find violent perpetrators of abuse against animals and enforced laws around animal cruelty. Calls to defund the police have centered around ending the needless harassment of peaceful protesters, homeless individuals, and people of color – not individuals that actually cause real harm. Sign this petition to demand that Chief Moore immediately reinstate the L.A. Animal Cruelty Task Force!

Mental healthcare is extremely important for so many individuals. During the pandemic, it has become even more vital to people’s lives. Unfortunately, mental healthcare can often be expensive and not covered under insurance policies. However,  California just implemented the strongest mental healthcare law in the entire United States. Under SB 855, the Equal Insurance Coverage for Mental Health law, all health insurance providers in California must cover treatment for every DSM listed mental disorder. They cannot limit treatment to short-term, acute care and if in-network care isn’t available nearby in a timely manner, then the company must also help the patient find and pay for out-of-network treatment. All states need to follow California’s lead to help people get the support that they need. Sign this petition to tell state lawmakers and governors in the rest of the United States that they must pass and implement laws like SB 855 to ensure that insurance companies can no longer deny life-saving mental healthcare treatment!

9. Find and Arrest Person Who Shot Dog in the Face 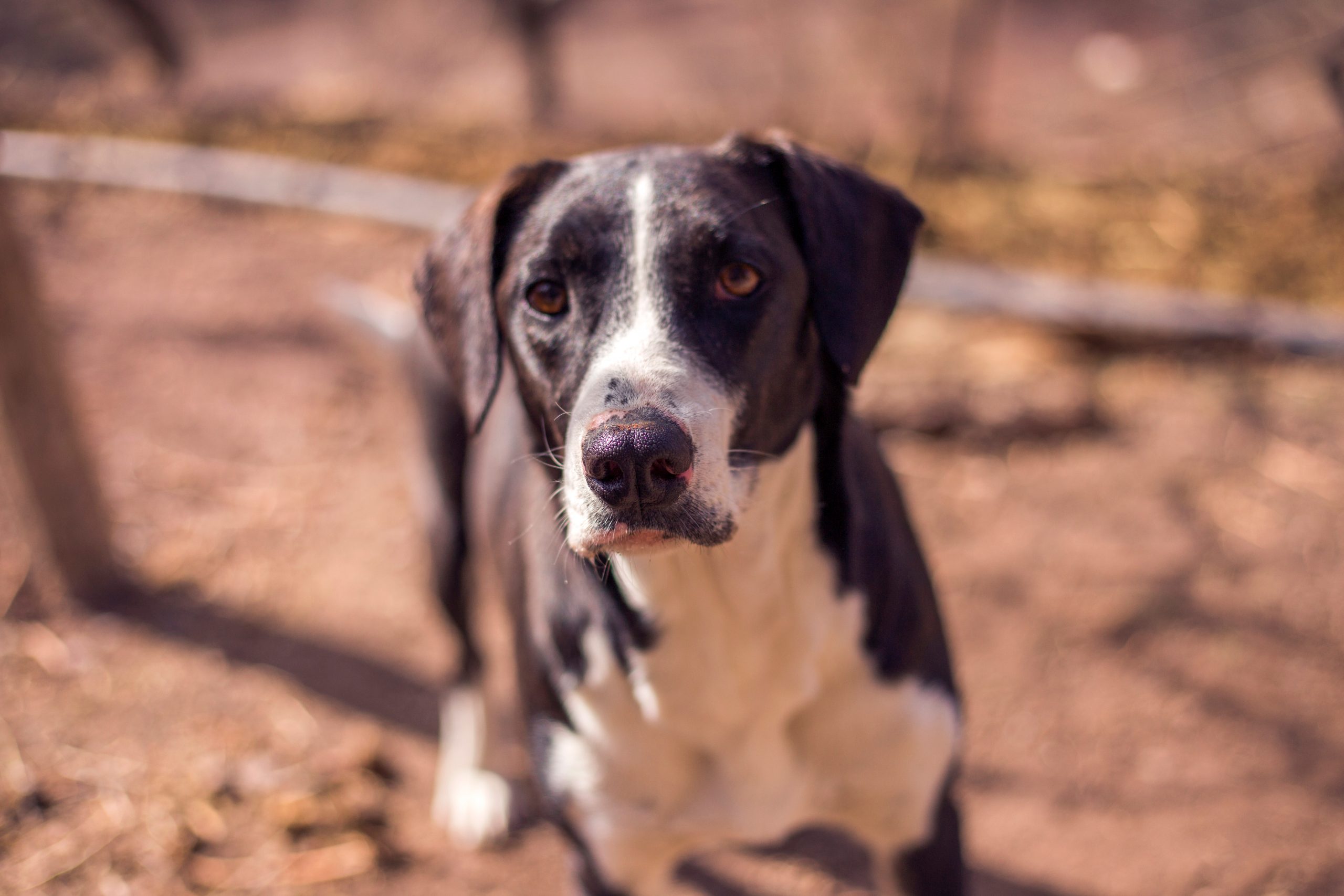 Tarzan was a friendly dog who was shot multiple times by people after chasing a chicken. Eventually, a concerned neighbor saved the poor dog. Sign this petition to demand that whoever shot Tarzan be found, arrested, and charged for this horrific crime!

Recently, social media influencer, Lele Pons, and her boyfriend, Guaynaa, filmed themselves swimming in a pool with a baby Alligator. The alligator completely out of place in a chlorinated swimming pool and also had their mouth tightly taped shut. This is extremely inhumane and no animal should ever be treated like this. Together, Pons and her boyfriend have almost 75 million followers across Instagram, TikTok, and Twitter. After such reckless behavior, these two do not deserve such a large influence. Sign this petition and ask Instagram, TikTok, and Twitter to take a stand against animal cruelty and deplatform Guaynaa and Lele Pons!