3 Plants We Are Losing to Poachers … Yes, Plant Poaching Exists!

Poaching is one of the leading causes of population decline in numerous endangered species of animals. Rhino are being hunted to extinction for their horns, elephants for their tusks, and tigers for their pelts. Though poaching animals is sadly a very common occurrence, there has recently been a wave of plant poaching that is devastating some of our endangered flora.

Although plant poaching threatens many amazing plant species with extinction, their story seems much less newsworthy that that of animals, and thus, flies under the radar. Plants from wild ginger and cycad plants in South Africa to ginseng and venus fly traps are all under great threat at the hands of poachers.

The root of a ginseng plant is loved for its health benefits. It may help diabetics control blood sugar levels and it is also thought to aid in relieving menstrual cramps, shortening the common cold, and even improving the mood. Millions of people in the U.S. take ginseng supplements for these benefits, but the harvest of wild American ginseng could lead to the plant’s demise.

The Great Smokey Mountains National Park used to be home to large amounts of ginseng. Unfortunately, with a value of about 800 dollars per pound, ginseng poaching has become rampant in this area. Park ranger, Joe Pond told CBS News that although taking the plant from a national park is illegal, it’s almost impossible to enforce. 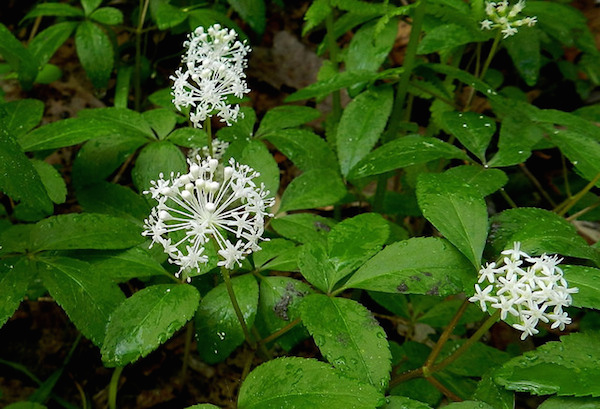 “It’s the root that they’re after,” Pond explains, “You see how dense the forest is, you could dig through here most of the day and it would be hard to detect you were even back in here.” In fact, there are only 30 rangers patrolling the half million acre park. “For every one we catch I’d probably say 10 get away. It’s hard to say how many are actively out there.”

As a result of poachers, wild ginseng, which can be harvested in 19 different states, is now at risk in twelve. Ginseng has recently even made it on to the United Plant Savers list of 20 endangered plants. At this current rate, ginseng may be extinct from the U.S. in the next ten to twenty years.

Although this iconic little plant seems prevalent across the U.S., its natural home range is incredibly small. The venus flytrap is only found in a 74 square mile area around Wilmington, North Carolina. Their preference for bogs and loss of native habitat has made this plant less and less common in the wild. 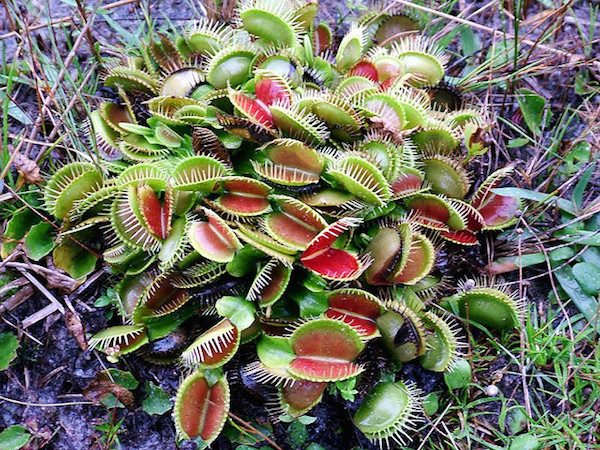 Although the Nature Conservancy and other organizations have succeeded in protecting the venus flytraps from habitat loss and other destructive forces, poaching of the popular plant has remained an issue. Unlike ginseng, venus flytrap bulbs sell for very little. A typical bulb only sells for about 25 cents, but the people poaching these plants seem to be wildly uneducated about their plight. The lack of news coverage on the plant’s population decline could be a contributing factor.

Thankfully, steps are being taken to protect North Carolina’s wonderful plant. On December 1, 2014 a new law went into effect, making the poaching of flytraps punishable by 25 to 39 months in jail. Earlier this month, four men were arrested for the poaching of 970 venus flytraps, around three percent of the plant’s wild population. If convicted, they will face this jail time, setting and example for other poachers in the area.

Venus flytraps grow incredibly well in captivity, so they won’t being going entirely extinct anytime soon. Their wild populations, however, are in imminent danger if poaching keeps taking its toll on them.

In South Africa, poaching of rhinos and other endangered animals isn’t the only problem. In August of last year, thieves stole 24 cycads from the Kirtsetnbosch National Botanical Garden in Cape Town. A staggering 22 of these stolen prickly plants were listed as critically endangered. Poaching has left cycads, the world’s oldest seed plants (they have been around for 340 million years, have outlived dinosaurs and survived three global catastrophes) close to extinction.

Unlike ginseng, the trees aren’t used as medicine or food. Instead, the market for these trees is primarily collectors. With only 347 species of cycad left today, it is high time to start cracking down on this poaching. Unfortunately, the plant is hard to track, hard to protect, and low on many priority lists.

“In contrast to the rhinos and elephants where there’s been a lot of investment in trying to understand the network and where it’s going, we know far less about the poaching of plants,” says Phakamani Xaba, senior horticulturist at Kirstenbosch.

In the past 20 years, most of South Africa’s endangered and critically endangered cycad spices have had population declines between 50 and 90 percent. 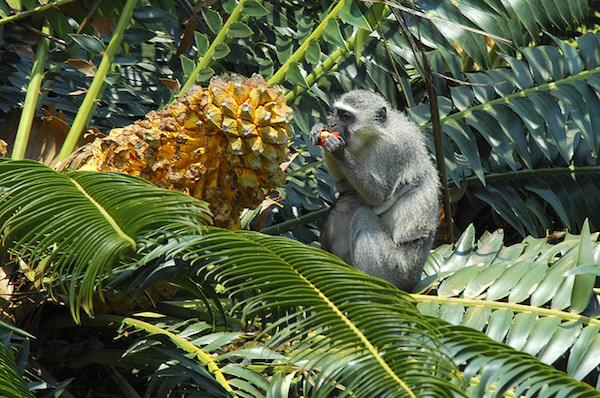 These are only three examples of plants we are losing at the hands of poaching. Poaching of plants for medicine and for collectors is common across the world, including the poaching of corals. Though their plight may not catch the attention of an many people as endangered animals do, these plants are incredibly important to their ecosystems and to the world. The Nature Conservancy and many other organizations are working diligently to protect our Earth’s wonderful plants. It is about time we make the success of these incredible organisms a priority.