If you haven’t heard of Chef Matthew Kenney, you clearly haven’t been paying attention to the plant-based food space. Kenney is a pioneer in the world of high-end plant-based cuisine and has successful restaurants in major cities across the world. Creating delectable plant-based eateries isn’t Kenney’s only accomplishment, he has also written a number of recipe books, including his most recent PLANTLAB: Crafting the Future of Food, and helped develop a plant-based culinary nutrition course for chefs.

Kenney started his career studying at the French Culinary Institute and was inspired to recreate the decadent sauces and dishes he learned to make using plant-based ingredients. From there, his mission to make sustainable, healthy food available to everyone took off, and as he explains in a recent episode of the #EatForThePlanet with Nil Zacharias podcast, he predicts that plant-based food will be present everywhere within the near future. By everywhere, he means airports, highway rest stops, and all the other places that it has been traditionally extremely hard to find any vegan options.

While this forecast might seem rather bold, Kenney has had a knack for spotting trends early throughout his career as a chef. As he explains in the interview, when he opened his first raw vegan restaurant, the concept was virtually unheard of, but he was inspired by what the restaurant Nobu had done for sushi in the U.S. and grew from there. Today, demand for plant-based is palpable among consumers, partially thanks to innovative chefs like Kenney who dared to try making things like cream sauce out of sprouted cashews.

As you will hear in the interview, Kenney has a bit of a “If you build it, they will come,” theory for plant-based cuisine but it extends much further than just making successful restaurants. Kenney wants to change the global food paradigm and foster a way of eating that not only benefits the consumer but animals and the environment as well. For him, changing how people relate to the world around them starts with really delicious, wholesome food – so if he can create that and make it as popular as possible, he can change the world.

In this candid and informative conversation, Kenney also shares the simple meals he makes for himself and discusses his exciting move into the world of packaged foods (yes, frozen plant-based pizzas are now available!). If you’re a chef looking to learn more about the future of plant-based cuisine or are an avid foodie, this conversation is packed with tips and advice that will transform how you think about food. 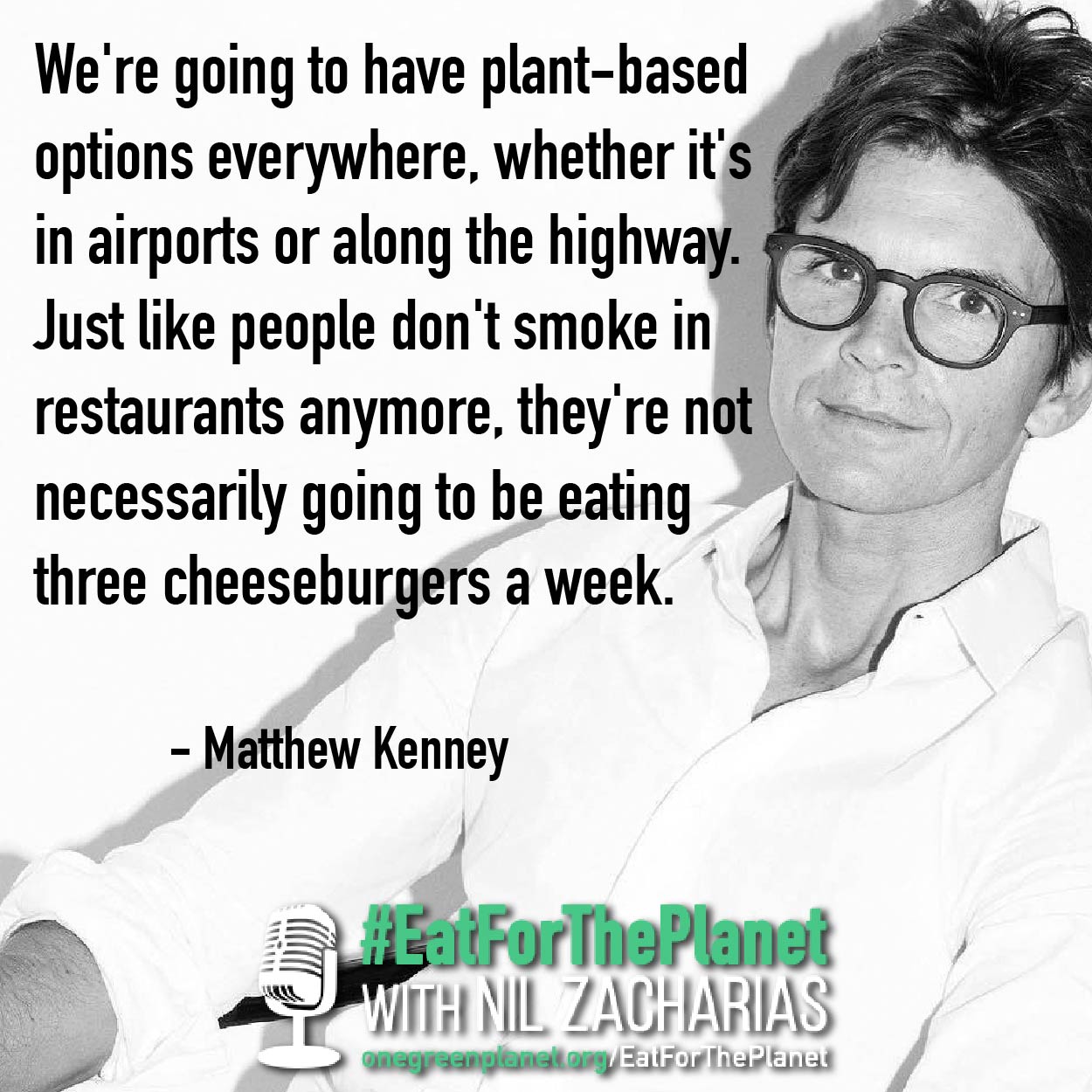