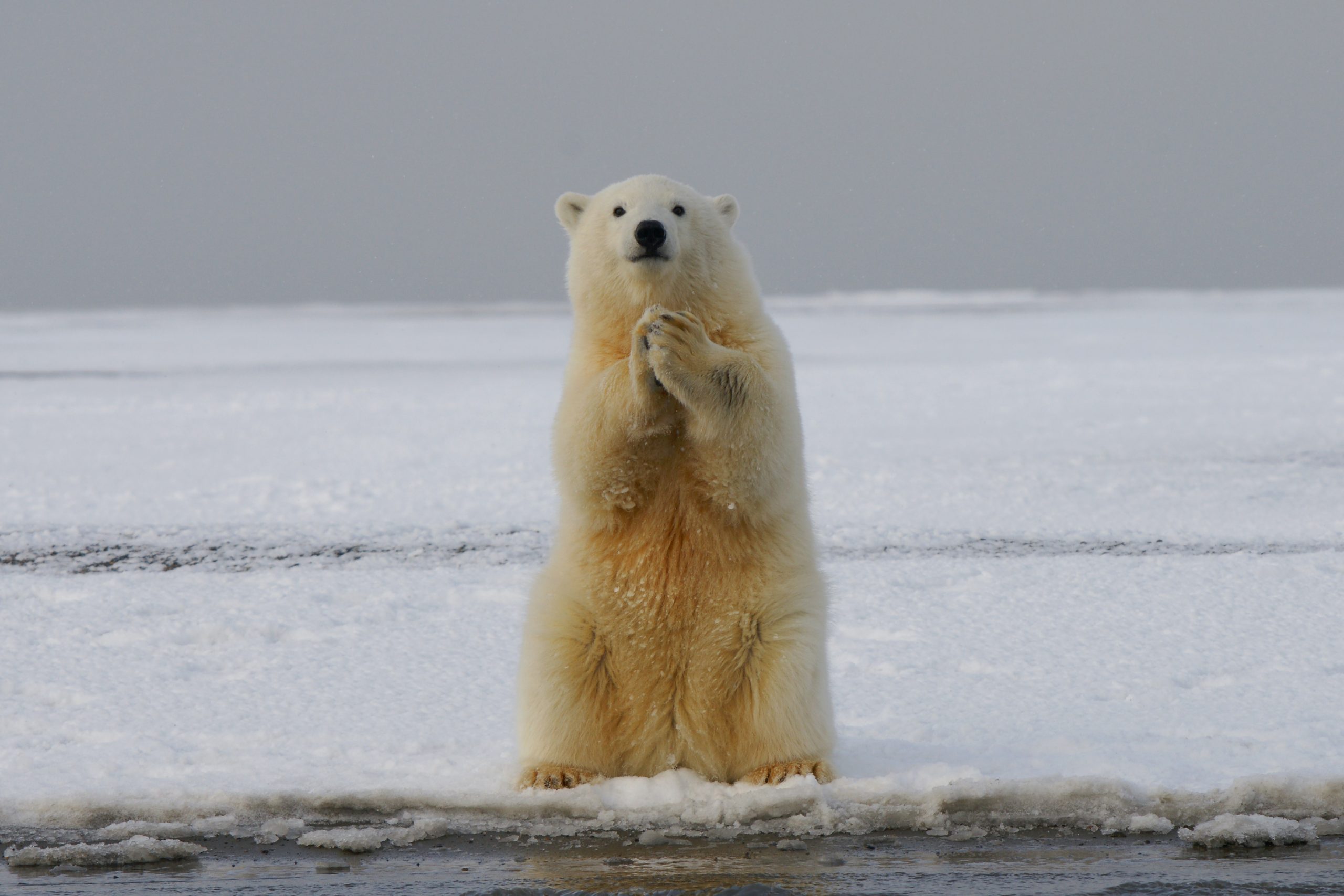 Climate change impacts every species—but few to the extent that it hurts polar bears.  As the World Wildlife Foundation (WWF) explains, “Polar bears rely heavily on the sea ice environment for traveling, hunting, mating, resting, and in some areas, maternal dens.”  In addition, Polar bears hunt animals like ringed and bearded seals, which also depend on these environments.  But as temperatures warm around the Arctic, sea ice is melting—hurting Polar bears directly and depleting their food sources.

Without aggressive climate change policies, polar bears will likely be extinct within a century.  But according to Polar Bears International, retreating sea ice is creating a more imminent threat to polar bears; as it forces “nutritionally stressed polar bears to spend more time on shore,” the number of encounters between humans and polar bears is destined to increase.

Interactions with humans pose a surprisingly large threat to Polar bears, especially during the first week of November when hundreds of Polar bears migrate to their winter habitat.  The town of Churchill, Manitoba, which lies along the migration route, has taken steps to remove food sources and implement a bear-spotting hotline to lead the way in co-existence.  But the Canadian government can do more to help fund efforts in more towns and improve non-invasive tracking.

You can sign this petition asking the Canadian government to help with these efforts.