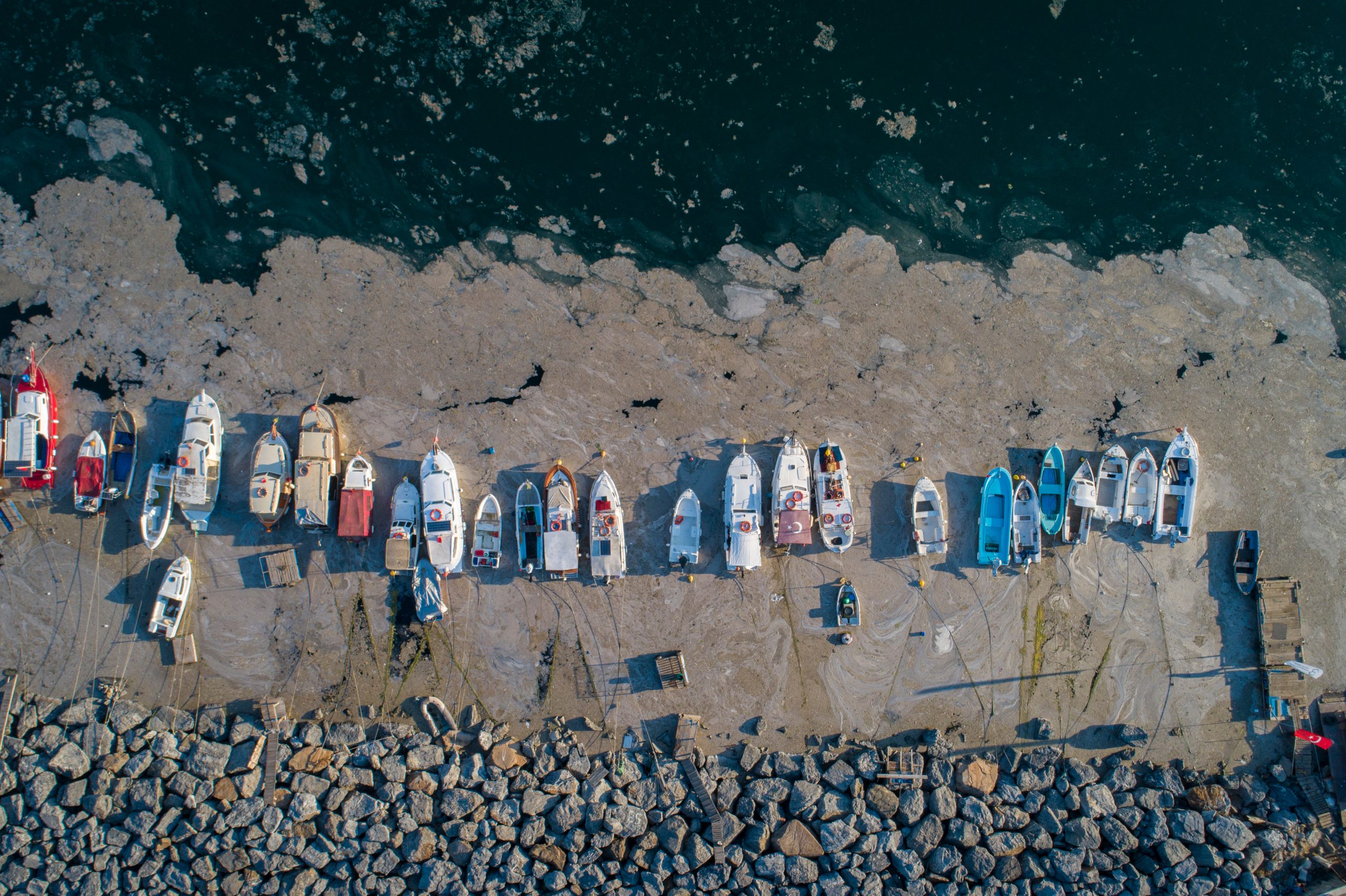 Recently, the Marmara Sea on the Turkish coast has become covered in marine mucilage, often referred to as “sea snot.” The thick, slimy substance is a result of an “excessive proliferation of phytoplankton.” Scientists say that it likely worsened due to climate change, pollution from sewage, and agricultural run-off.

Sea snot is not a new phenomenon. The first documented case in Turkey occurred in 2007; however, the current outbreak is much more severe. While it tends to cluster at the surface, Mustafa Sarı, the dean of Bandırma Onyedi Eylül University’s Marine Faculty, dove 18 meters deep and found that “The bottom of the sea is covered with mucilage.” He said that they were unable to see well as a result of the sea snot, but cameras showed how the mucilage was even covering marine life.

Sea snot is not just a bit gross, it also has dire consequences for the ocean and marine life. Istanbul University biology professor Muharrem Balci described it as a “tent canvas” that first covers the surface and then “collapses to the bottom and covers the (sea floor’s) ecosystem.” As the slime gets denser, it blocks out light and oxygen. As a result, many species of marine life have suffocated and died. Scientists, like Sarı, have recommended not allowing any untreated waste into the Marmara Sea.

Fortunately, clean-ups are currently underway and Turkish President Recep Tayyip Erdogan has promised to find solutions. Turkish Environment Minister Murat Kurum has also created a plan “to designate the entire Sea of Marmara a protected area, reduce pollution and improve treatment of waste water from coastal cities and ships which has helped the sea snot to spread.”

To save wildlife, we need to stop sea snot by cracking down on pollution and fighting climate change. Sign this petition to tell the Turkish government to increase restrictions on sewage and agricultural run-off, pass stronger anti-pollution measures, and commit to zeroing out their net carbon emissions!