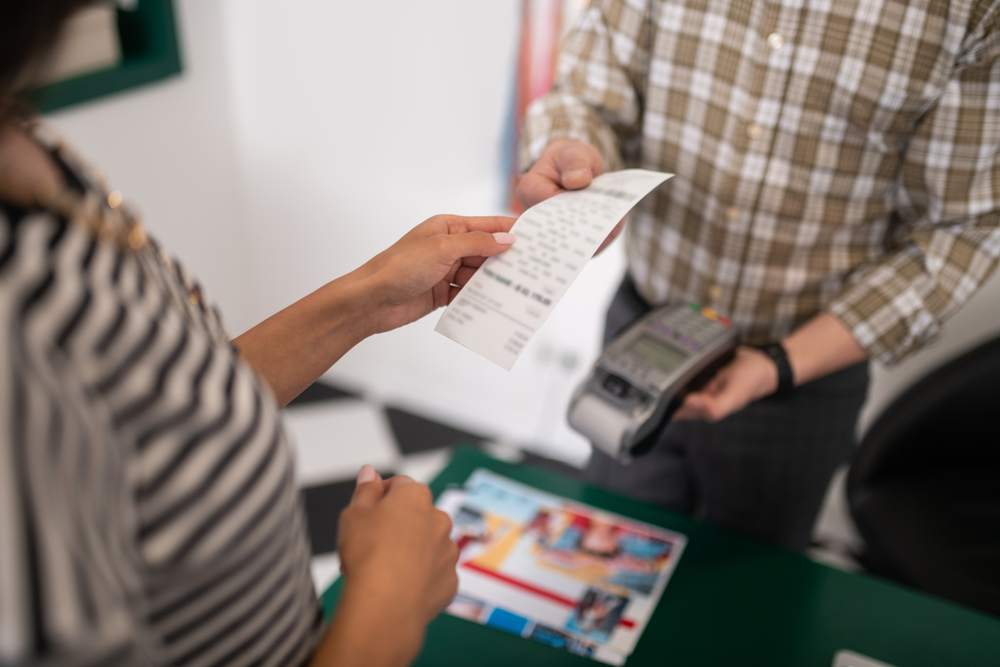 Too much waste and too much emissions are causing two of the biggest problems in the world: pollution and climate change. These issues are so severe that they threaten the existence of our planet and the survival of humans, animals, and plants. It’s unfortunate that it’s become so severe, but it gives us hope that changes are slowly being made. Companies and governments are making progress and trying to combat and tackle these issues head on by making policy changes. New York and California have banned plastic bags. Canada is aiming to ban single-use plastic. San Francisco airport banned plastic water bottles. Facebook removed plastic water bottles from their offices as well.

There is another simple change that can be made that would make a huge impact but isn’t often discussed. That is receipts. According to a report by Green America, “Every year in the United States, receipt use consumes over 3 million trees, 9 billion gallons of water, and generates over 4 billion pounds of CO2 (the equivalent of 450,000 cars on the road) and 302 million pounds of solid waste during production.”

There is an alternative: digital receipts. In this day and age, there are so many simple eco-friendly ways to handle something as simple as a paper receipt, and many retailers are already using it. The same report lists top retailers and explains just how well they’re doing at providing environmentally friendly receipts: Best Buy, Ben & Jerry’s, and Apple are at the top because they offer digital and phenol-free paper receipts. Behind them are companies that offer phenol-free paper but have no digital program such as Whole Foods, Trader Joe’s Costco, and more. They also list companies that have optional digital receipts but use BPA or BPS paper. And then there were many that don’t have a digital program and use paper that’s dangerous for the environment.

California Assemblyman Phil Ting introduced Assembly Bill 161, which would prohibit stores, restaurants and other businesses in the state from providing paper receipts unless customers request them. It would go into effect in 2022. Companies that do not comply would be fined up to $300 a year after two warnings.

To support this bill and urge California to make this eco-friendly change, sign this petition! If you want other states to follow suit, contact your representatives encouraging them to introduce a similar bill.