Peter Kalmus: The Climate Scientist Who Locked Himself to a JP Morgan Chase Bank 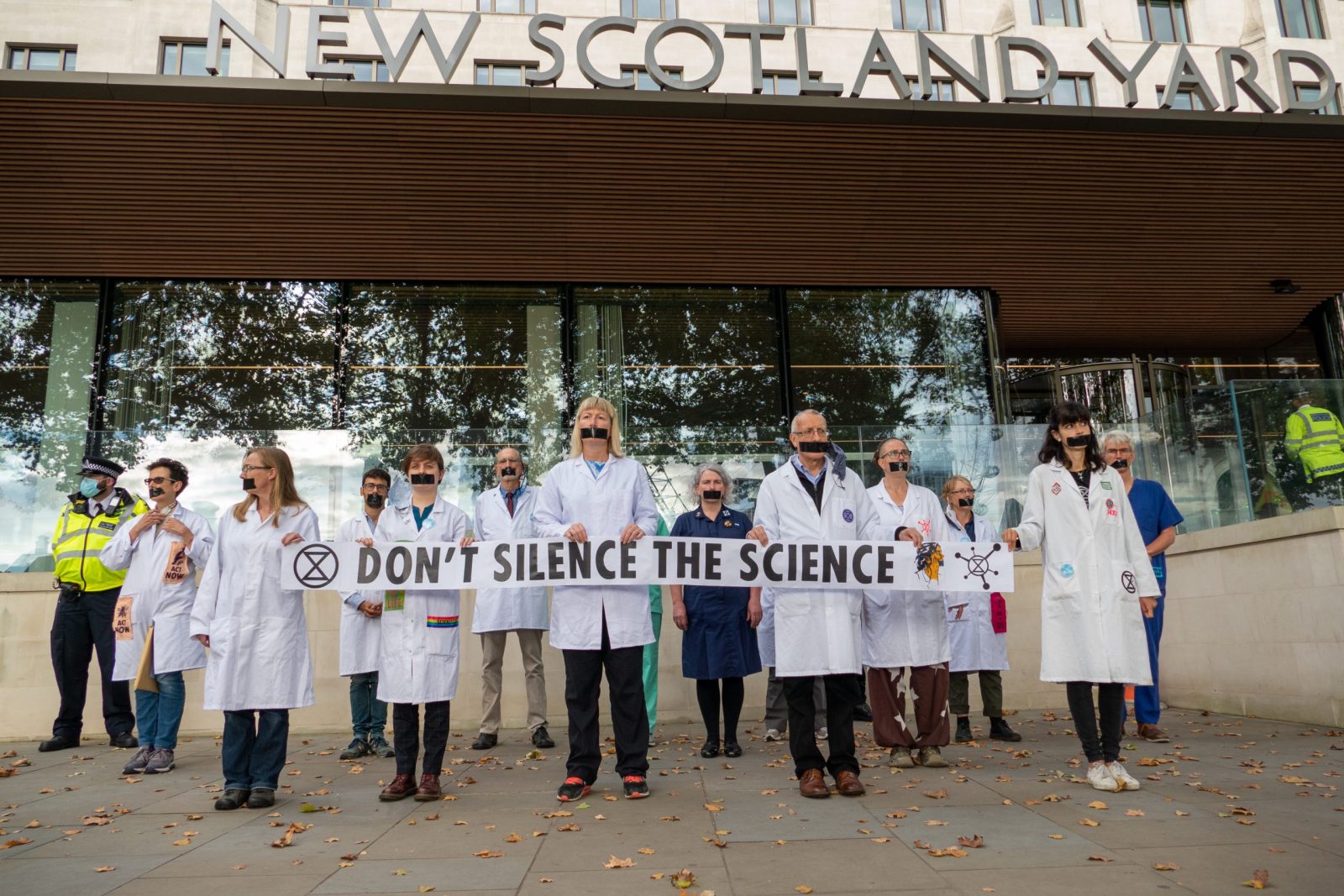 A group of scientists known as Scientist Rebellion held a peaceful protest outside of a JP Morgan Chase building in Los Angeles. The protest came to be known as the first major act of climate activism by scientists in the public. NASA climate scientist Peter Kalmus, Ph.D., was one of the protestors who was urging leaders to take action against climate change. His speech made headlines, went viral, and he was ultimately arrested in front of the bank.

Kalmus says he had been trying to get through to the public in other ways for 16 years, and nothing was working.

“We chose JP Morgan Chase because out of all the investment banks in the world, JP Morgan Chase funds the most new fossil fuel projects,” Kalmus wrote in an Op-Ed published in The Guardian.

According to a 2020 report from the Sierra Club, JPMorgan Chase & Co has invested more money in fossil fuels than any other bank. In a time when we have sufficient evidence of the harm that fossil fuel does to the environment, we need to be moving away from renewable energy. Kalmus, among the other protesters, was calling for the company to take out investments from coal, oil, and gas.

Kalmus said in the Facebook live stream of the event, “We’ve been trying to warn you guys for so many decades that we’re heading towards a fucking catastrophe, and we’ve been being ignored. The scientists of the world are being ignored, and it’s got to stop. We’re not joking. We’re not lying. We’re not exaggerating.”

Climate activists everywhere have been fighting extremely hard for governments to take action against global warming. From chaining themselves to buildings, blocking oil trucks, and getting arrested, nothing is stopping these brave activists.

The protests were fueled by the third and final IPCC report that told governments it’s ‘now or never‘ to take action on climate change. The report warns that the world must peak emissions in less than three years if we want to have a chance and keep global warming to 1.5 degrees Celsius above the preindustrial standard. Governments are nowhere near being able to meet this emission reduction.

We know that going above this limit would increase the destruction of the planet, including extreme weather and natural disasters. It would be devastating for humans, animals, and our beautiful green planet.

Sign this petition to put climate change on the G20’s agenda!