Meet the People Who’ve Dedicated Their Lives to Protect the Last Ecosystem Where Rhinos, Orangutans, and Tigers Live 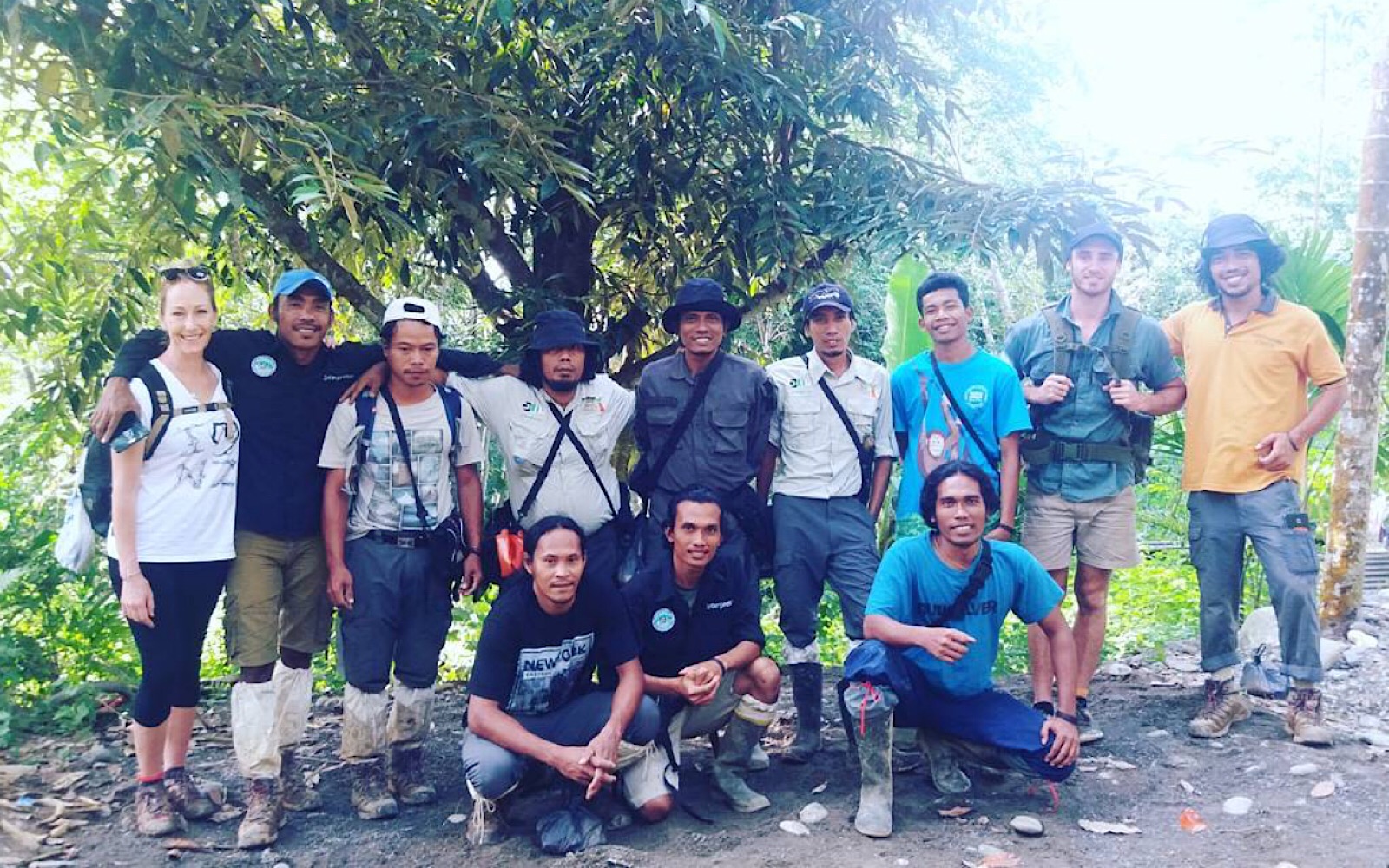 The Leuser Ecosystem – located on 6.5 million acres of lush rainforest across the Indonesian island of Sumatra – is one of the most beautiful and biologically diverse regions on our planet. Lindsey Allen, executive director of the Rainforest Action Network (RAN), once described it as “one of those almost mythic natural wonders that defies the imagination with its diversity and abundance of life.” It is the last place on Earth where orangutans, tigers, rhinos, and elephants still roam in the wild together, and it boasts the world’s second-highest level of biodiversity.

Sadly, this ecosystem – in addition to other key wildlife refuges throughout Indonesia and Malaysia – is under threat because of the demands of the palm oil industry. Together, Indonesia and Malaysia produce 90 percent of the world’s total supply of palm oil. This product can be found in approximately 50 percent of consumer goods, and it is highly valued by manufacturers because of its versatility and low cost. Palm oil companies often destroy extensive areas of rainforest by igniting fires that kill and displace countless wild animals and cause serious health problems for local people. Shockingly, an estimated 300 football fields’ worth of rainforest are cleared every single hour to make way for palm plantations.

The Leuser Ecosystem’s gradual transformation from lush, vibrant rainforest to sterile palm plantations has serious implications for the ecosystem’s indigenous animal species. Orangutans may be shot on sight if they wander onto a palm plantation, while Sumatran elephants are often poisoned to death or ensnared in traps set by palm oil producers. Poaching of wild animals, the actions of the illegal logging industry, and human-wildlife conflict are other key factors behind the decline of the Leuser Ecosystem.

Luckily, increased international awareness of the problem in recent years, combined with local people’s efforts to save the rainforest, could be set to turn the tide. There is still much that needs to be done to restore the Leuser Ecosystem to its full glory, but dedicated Sumatran groups such as The Rangers of Tangkahan are determined to see it through.

The Rangers of Tangkahan are a group of forest rangers who regularly patrol the rainforest around the community of Tangkahan in North Sumatra. 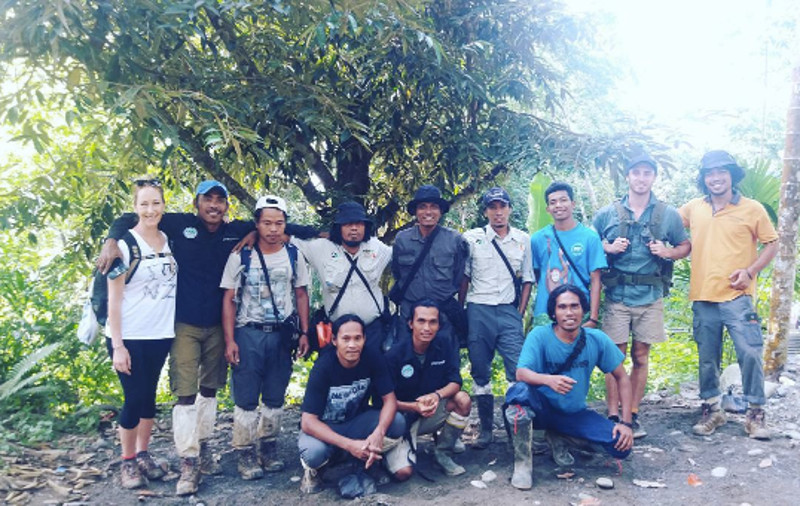 Their tasks involve removing snares to ensure that wild animals cannot become caught in them, helping to reduce human-wildlife conflict, and working alongside forest edge communities to help them create alternative livelihood schemes. Alternative livelihood schemes aim to generate forms of employment that will enable local people to provide for their families while exerting the lowest possible impact on the wild animals and the rainforest around their villages. They are the only patrol unit that specifically strives to protect the Leuser buffer zone of North Sumatra.

Two of the rangers can be seen removing a snare in this photograph. Snare removal is one of the most important elements of the team’s job. They recently removed a whopping thirty snares from the buffer zone around Gunung Leuser National Park in just three days. 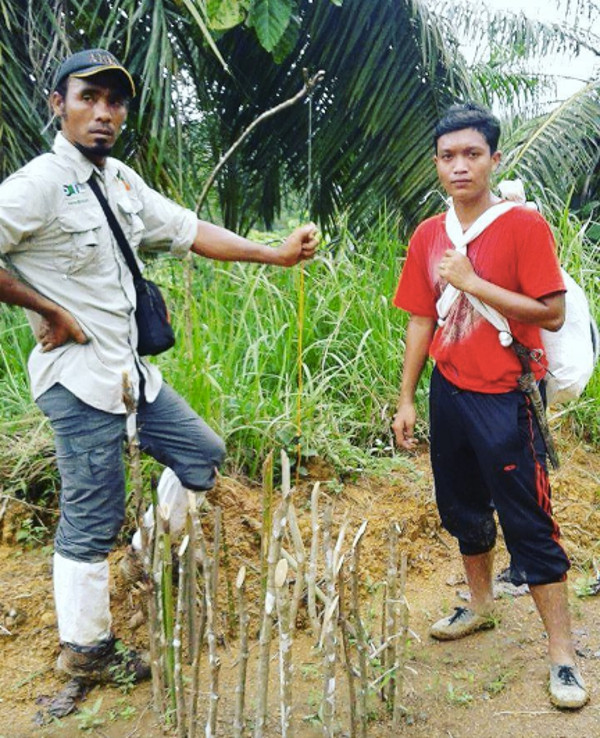 Critically endangered orangutans are a key species that the Rangers of Tangkahan aim to protect. 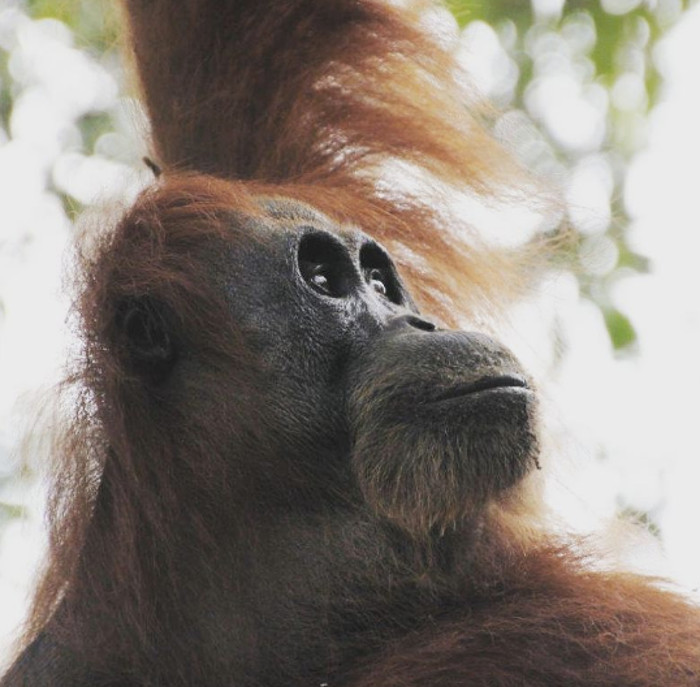 On a GoFundMe page that the group set up to raise money for their snare removal program, they said, “Snares are indiscriminate – a noose made from wire or rope will catch any species unfortunate enough to walk into it. Earlier this year a critically endangered Sumatran tiger was caught in one of the communities the rangers have started work with. Tigers, sun bears, monitor lizards, deer, young elephants, porcupines – the list of species in danger is endless and we need YOUR support to help stop this and protect them.”

The rangers’ passion for protecting the rainforest is truly admirable. 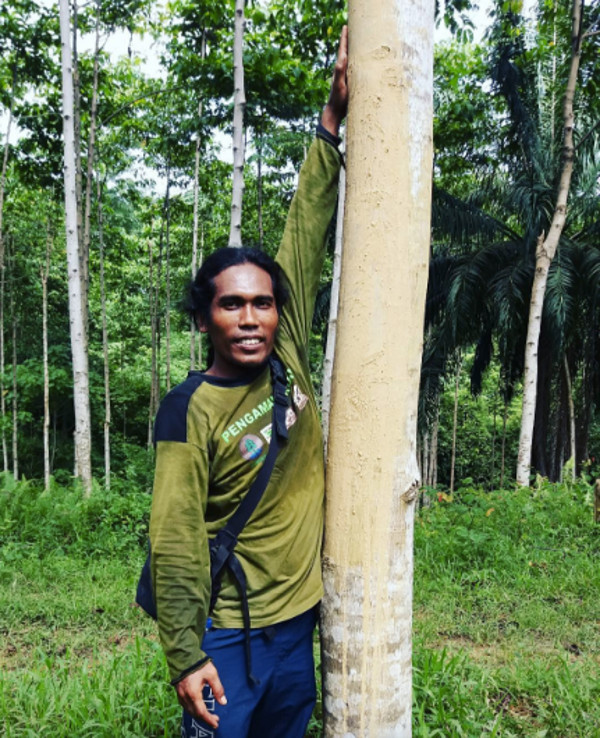 Thanks to their efforts, the beleaguered wildlife of North Sumatra may have a fighting chance at survival. 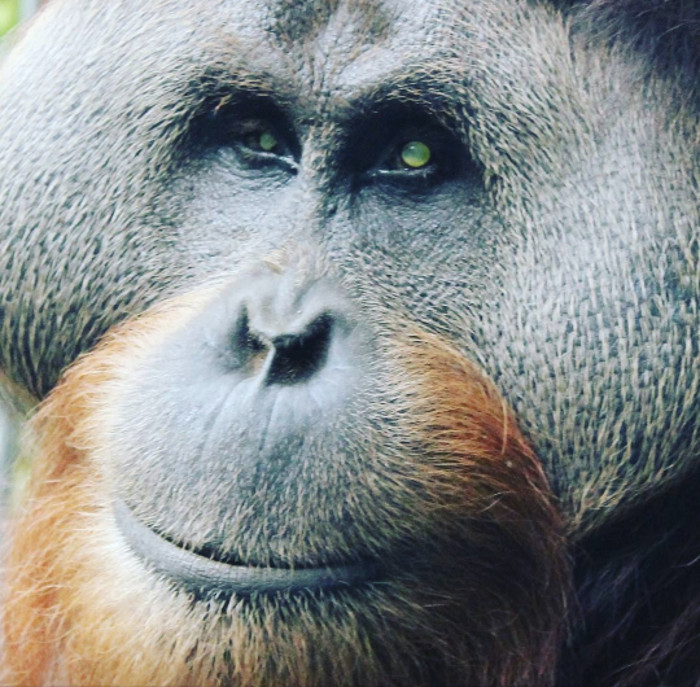 You can support these amazing people by contributing to their vitally important Snare Removal in North Sumatra campaign on GoFundMe. They are also running a second GoFundMe campaign entitled Community Conservation in Sumatra. Alternatively, you can make a direct donation on the Rangers of Tangkahan website. You can also find out more about them by checking out their website, Facebook or Instagram page.

To find out how you can help the Leuser Ecosystem, check out the links below.

All Image Source: The Rangers of Tangkahan/Instagram