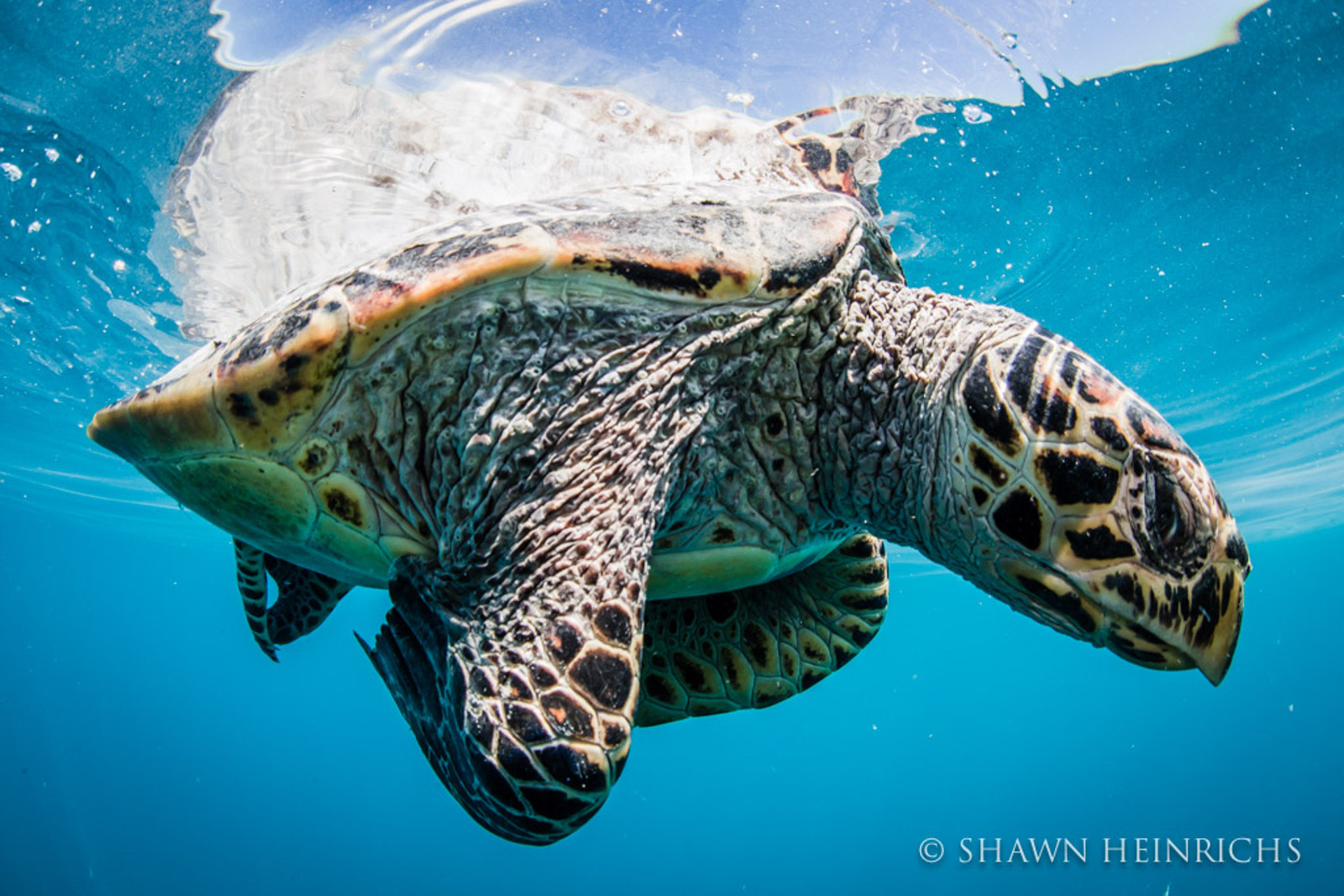 “My belief is, that once we have uncovered such an important truth, we have an obligation … no, a duty, to do something about it.” – Shawn Heinrichs

Ayau is the northernmost inhabited area of Raja Ampat, consisting of small islands on a very large atoll. As we made our way towards the village of Rutum, we came across something on the surface of the water – a dead, delaminated Hawksbill turtle. The top layer of its shell was sliced off and removed, the most recent victim of the endangered species trade. 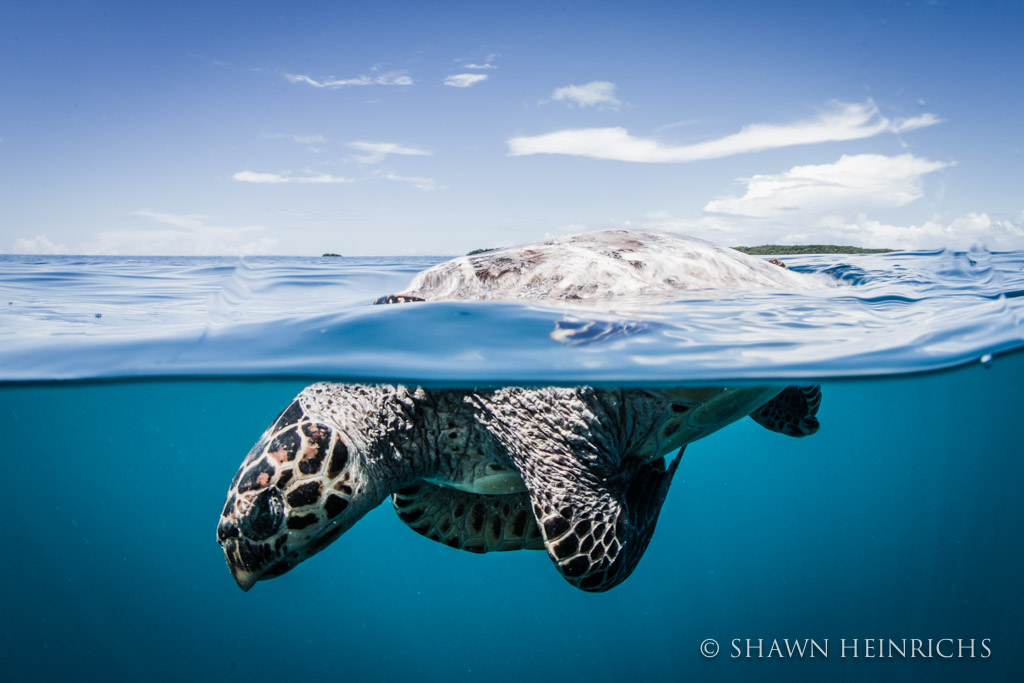 This is the face of the fight Shawn Heinrichs and I are exposing back home with Oceanic Preservation Society’s newest documentary Racing Extinction. While filming in Hainan, our team observed countless numbers of endangered Hawksbill turtles lining the walls and shelves of shops. The outreach campaign to coincide with the film will have a section focused on turtles. We jumped into the water to gather footage in hopes it could be used to raise awareness and help people understand how consumerism is ultimately linked to species extinction.

As we got face to face with the animal, tears quickly filled my mask. Poachers had cut into and peeled the external laminate of its shell; its eyes were open but void of life. There is no rational explanation for this – the only word that comes to mind is exploitation. This is the reality of the endangered species trade. 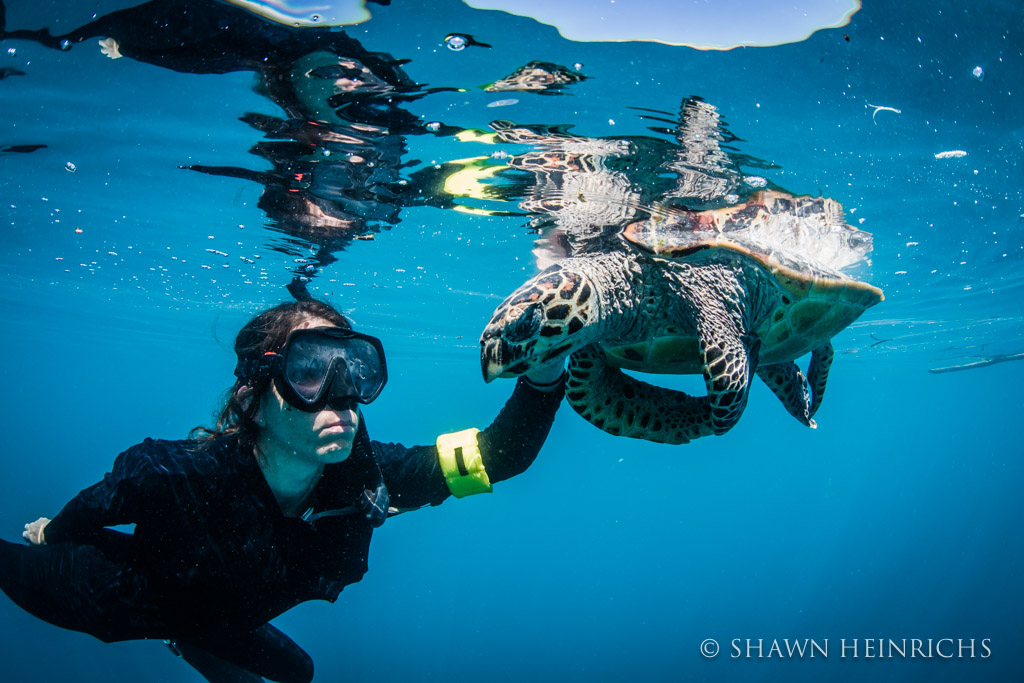 I sat down with Shawn to discuss what we had seen that day:

“My initial reaction is frustration and anger. I look into its eyes and there is a lot of sadness in my heart. I’ve worked with these animals alive, I’ve filmed them, and tried to rescue them. Imagine this little Hawksbill turtle that’s born on this beach, on a full moon, flippers into the water … somehow over the next twenty years evades the predators – the sharks, the gulls – and grows to maturity… and within this great expansive ocean where we’ve depleted their numbers down to a fraction, somehow finds a mate, mates, and instead of going to the nearest beach it somehow navigates its way back to its very birthplace to lay its eggs. That’s the crescendo moment of its life to start the next cycle, and just before it gets to the beach, or on the beach, someone swoops in and grabs it.” 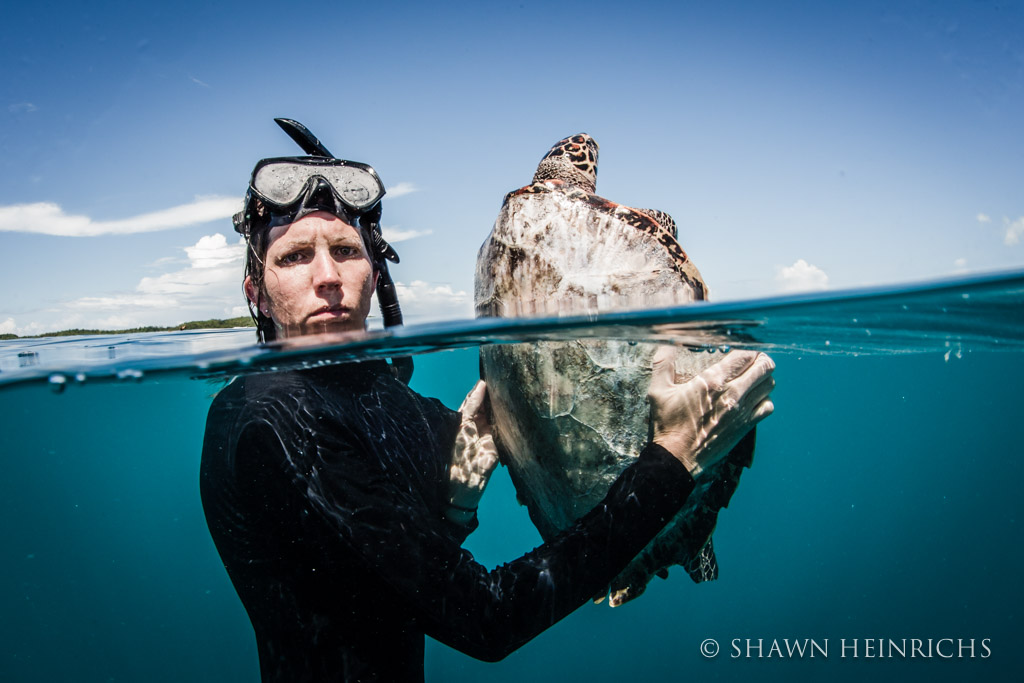 Turtles are completely helpless; they have no defensive mechanisms other than their shells, which can be effective against toothed predators, but not against man. A sharp instrument was used to peel the outer layer, bit by bit, until the entire outer coating was gone. The harvested elements would be shipped off somewhere else in the world to create ornamental combs and glasses. But why did they take the external laminate and discard the rest like garbage? Years ago, someone in the area died after eating a hawksbill turtle. 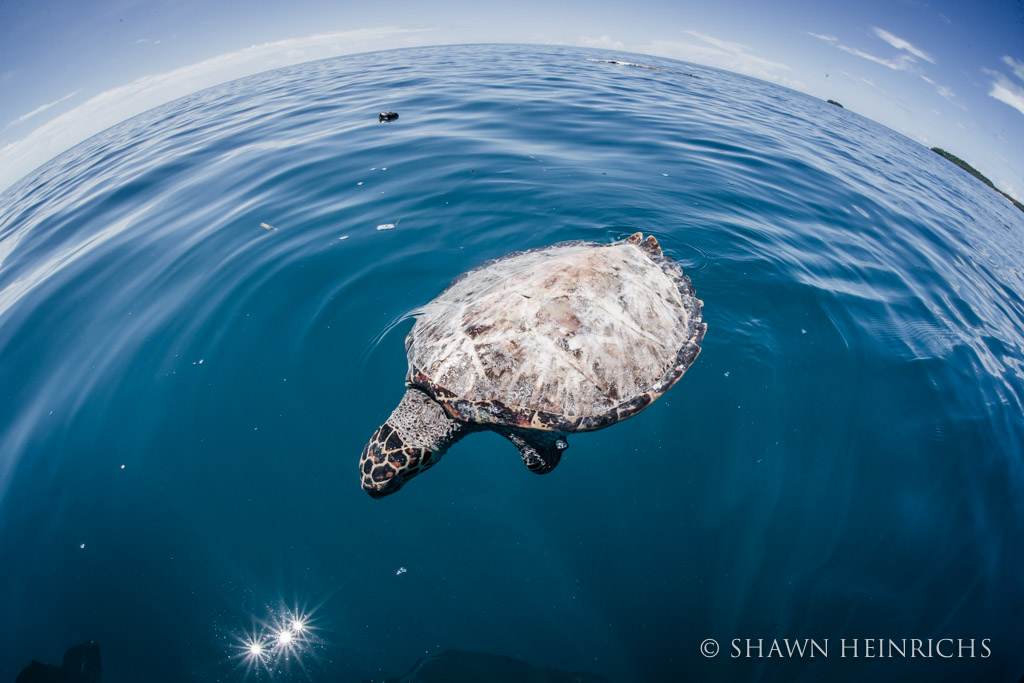 The Challenge of Resource Availability and What Needs to be Done

In the most remote and least developed part of Raja Ampat, where locals are embracing conservation, we’ve just come across a reminder of just how bad the endangered species trade is. Despite valuing their resources, villagers took what they wanted and disposed of the rest. As much as steps are being taken here to connect with and preserve the natural resources that inspire us, this is a reminder of the constant care and diligence needed for long-term change.

In each of our own ways we are exploiting and taking. For remote communities that have very little, if someone is going to be an exploiter, their natural resources are all that’s available to them – that’s their way to make money. It is vital to create livelihood alternatives, making it much more valuable to keep that turtle alive than to extract it. Instead of being angry and heartbroken, instead of judging, we must go deeper to understand why this exists, what drives it, and what help these communities need to make it stop.

Shawn told me that the hardest part of his job was that “even in the areas we’re making amazing headway, and really driving change within the community, there are still the holdouts.” Perhaps they are there to remind us that the work is far from over. No matter how good we feel about what’s been done, we must always keep pushing and foraging ahead to prevent sliding back. We have an obligation to never stop fighting for these voiceless victims.