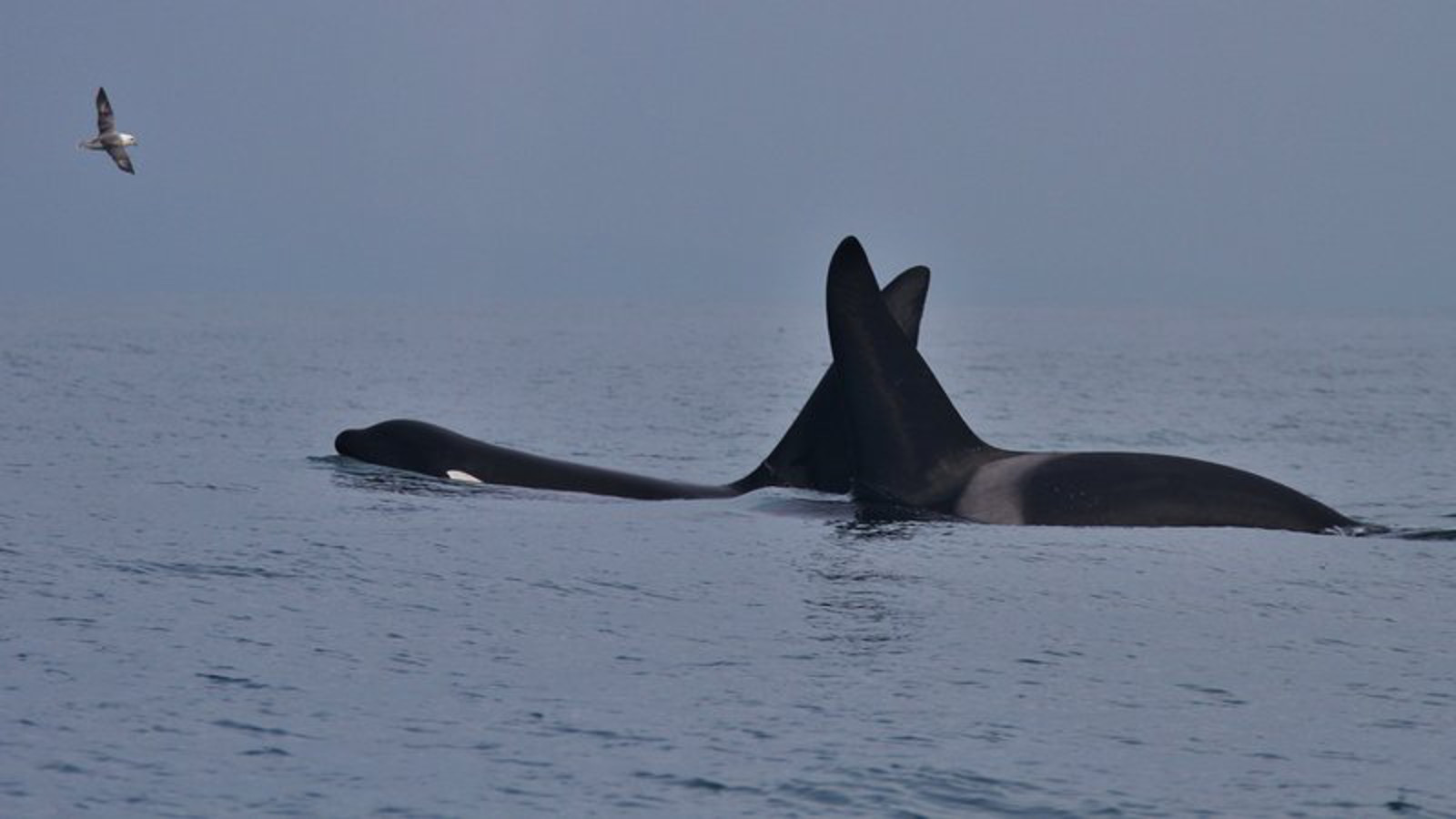 Orcas (also known as killer whales) are one of the most awe-inspiring animal species of the sea. They live in tightly bonded matrilineal pods and remain close to their immediate family members all their lives. They can travel up to 100 miles in a single day, which makes them one of the most widely ranging mammals in the world. Their brains are approximately four times larger than humans’ brains. MRI scans have revealed that the brain lobes responsible for processing complex emotions are also significantly larger in the brain of an orca than they are in the brain of a human. Cultures around the world have long revered orcas as symbols of power, majesty, and grace.

Sadly, these animals have been targeted for capture and imprisonment by marine parks and amusement centers around the world for decades. Psychological and physical health problems are rife among captive orcas. These conditions include dorsal fin collapse, depression, dental problems (caused by frustrated orcas compulsively chewing the sides of their enclosures), and aggressive behavior that is almost never witnessed in the wild. Some of the most well-known victims of the captive cetacean industry include Tilikum, Lolita, Keto, and Morgan.

When humans get to see orcas in the wild, expressing all of their natural instincts and tendencies as they see fit, this experience can be truly amazing. On Monday, March 5, 2018, there was great excitement off the coast of Dingle Bay, Ireland, when two famous orcas were spotted by members of the Irish Whale and Dolphin Group (IWDG). IWDG member Nick Massett was the first person to spot them. He then called two fellow crew members, Britta Wilkens and Simon Crompton, to come out onto the water with him to see the whales. 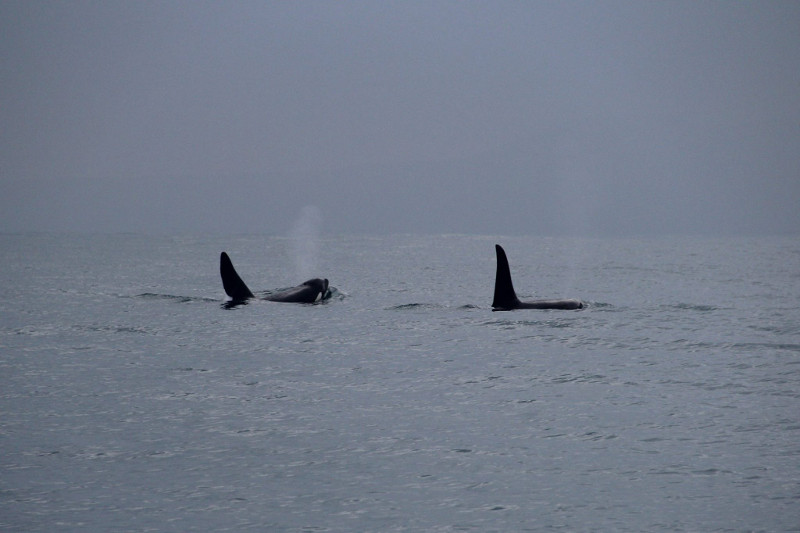 “An early morning text message from Nick Massett usually means something exciting is happening on the cetacean front,” she said. “One of (the orcas) was instantly recognizable by a large chunk out of his dorsal fin: John Coe, a member of the Scottish West Coast Community of Killer Whales and a sometime visitor to our shores.”

Wilkens believes that calm oceanic conditions – with the absence of any significant wind – added to the magic of this encounter. Visibility from the boat was high and the orcas’ powerful blows were clearly audible. “Back home by 11 a.m. – one quick spin and what felt like a foray into a whole different world for ages. It was my first ever killer whale encounter by boat: incredible, powerful, pure magic,” she remarked.

Wilkens’ words attest to the unmatchable power of witnessing orcas in their natural environment. 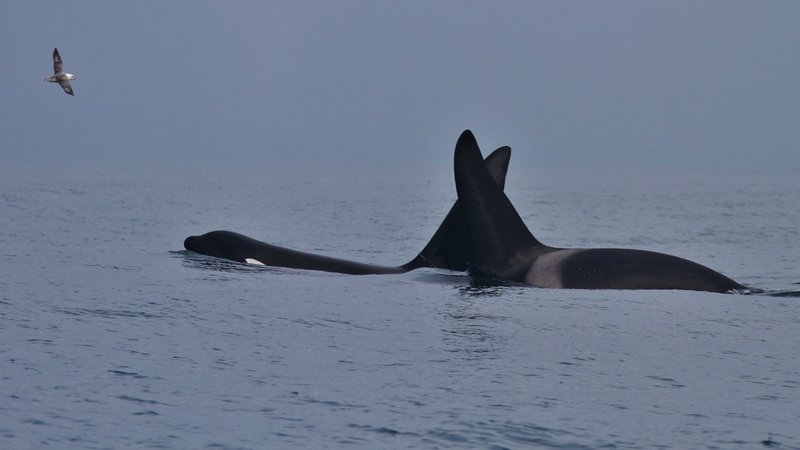 When these incredible, intelligent animals have not been forcibly put on display for the sake of human entertainment – but have instead drawn close to us of their own accord – the honor of seeing them could not be greater. 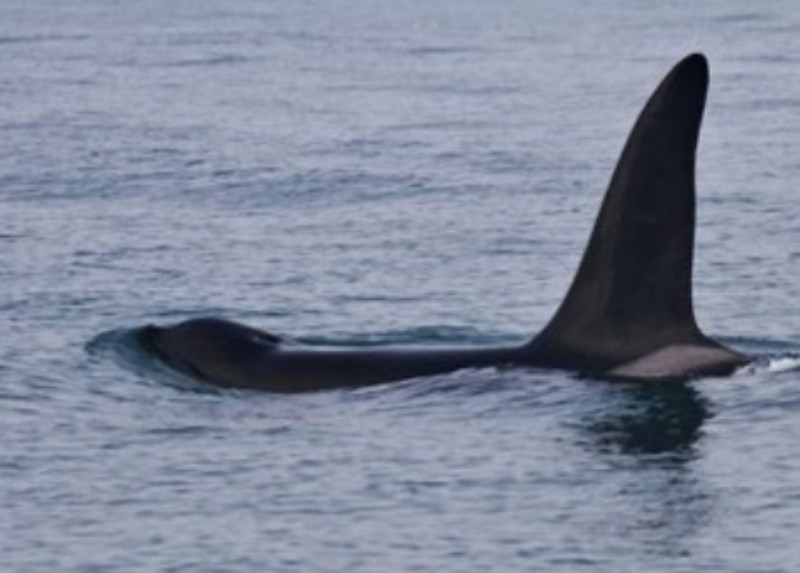 The orcas’ breathtaking visit to Irish shores also communicates an important message about oceanic pollution and overfishing. Both of these are grave threats to marine wildlife all over the world. Sadly, Irish orca sightings have been on a steady decline over the past few years, peaking in 2011 with seventeen sightings, and reaching just three sightings in 2017. It has long been known among Irish whale watching circles that the small group of nine orcas who frequently visit Irish waters may be heading toward extinction, as they have had no new births over the past 25 years.

In January 2016, one of the adult females belonging to this group – known as Lulu – was found dead on the island of Tiree, Scotland. Lulu died after becoming entangled in fishing rope. She was yet another victim of the commercial fishing industry which kills an untold amount of “bycatch” animals (species such as whales, dolphins, turtles and rays, who are accidentally captured in fishing nets) per year.

A post-mortem examination also revealed that she had one of the highest concentration of toxic pollutants ever recorded in the body of a marine animal. The concentration of polychlorinated biphenyls (PCBs) in Lulu’s body was especially high. PCBs are man-made chemicals that were once commonly used in the production of electrical equipment. Many countries banned PCBs in the 1970s because of their extremely destructive environmental effects, but a great deal of these chemicals remain active in our environment today. It is no surprise that Lulu ended up carrying so many pollutants in her system, given that massive amounts of waste (especially plastics) find their way into our oceans every year.

Andrew Brownlow, head of the Scottish Marine Animal Stranding Scheme (SMASS), said: “Given what is known about the toxic effects of PCBs, we have to consider that such a high-pollutant burden could have been affecting her health and reproductive fitness.”

For more information about the IWDG, visit their website or Facebook page. To learn more about some of the issues affecting orcas’ wellbeing, health and survival – and how you can help them today – check out the links below.