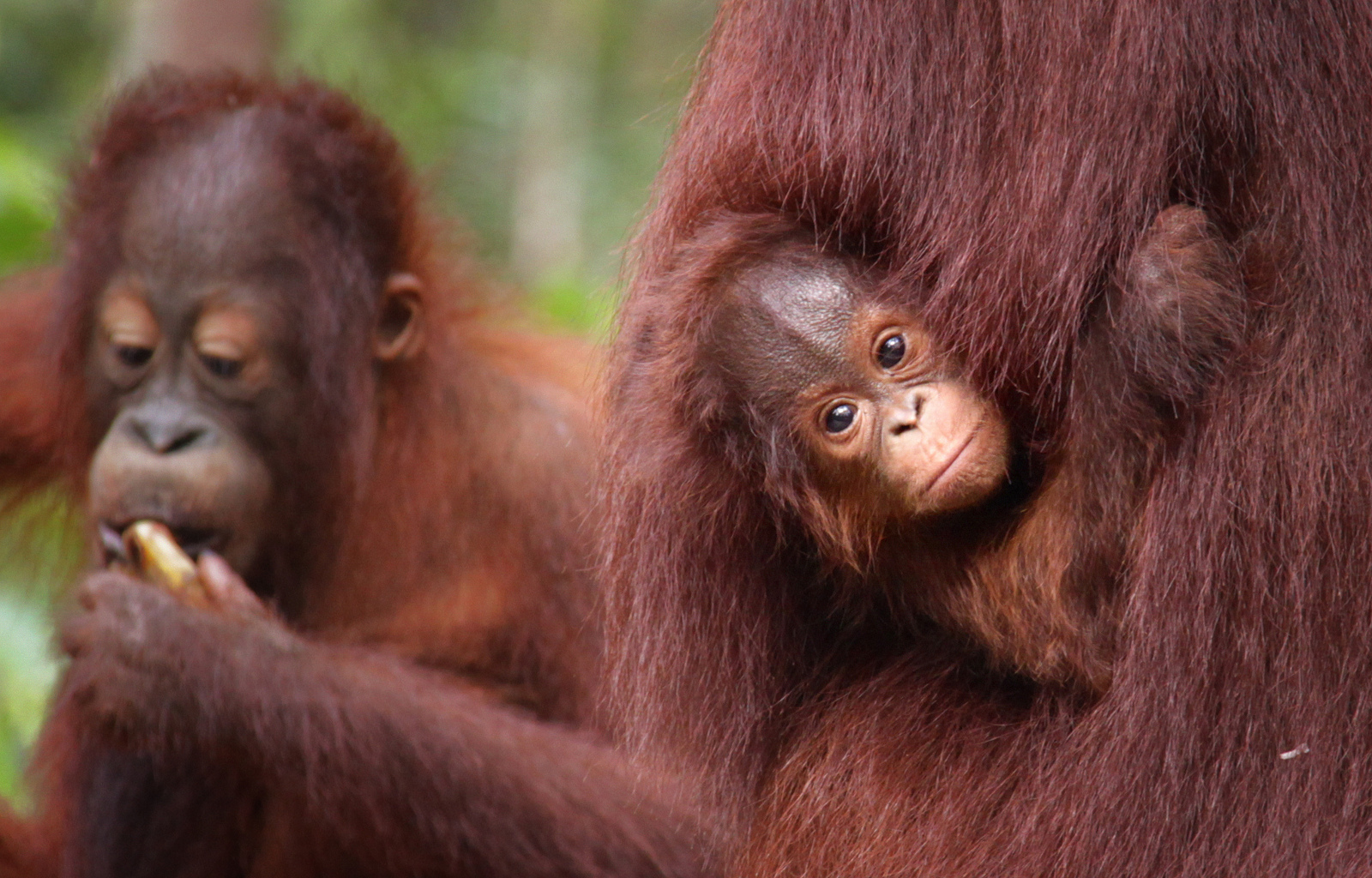 Palm oil can be found in around 50 percent of consumer goods, but there is a high likelihood that you have never heard of palm oil or if you have, you’re not sure why it is used. This unassuming assuming vegetable oil shows up in everything from snacks, to shampoo and laundry detergent, yet it has somehow flown under the radar until recently.

In the past twenty years, the demand for palm oil has increased exponentially as more companies began to use it as a cheaper alternative to other vegetable oils. However, there is an enormous downside to the proliferation of the palm oil industry: deforestation. The palm fruit plant thrives in a tropical environment and today the bulk of palm oil is grown in Indonesia and Malaysia. Palm oil is grown on plantations and in order to make room for these plants, thick rainforest is cleared, primarily through the slash and burn method. It is estimated that 300 football fields of forest are cut down every hour to make way for palm oil plantations. Palm oil production is the leading cause of deforestation in Malaysia and Indonesia, but the damage done to the environment has been especially devastating on the Indonesian islands of Borneo and Sumatra. In Sumatra alone over 10.8 million hectares of forest have been converted to palm oil plantations. And the trends elsewhere are no more promising.

As the native forests of Borneo and Sumatra disappear, the orangutan species is becoming more and more endangered. These tree-dwelling mammals rely on the forest for food and shelter and when they are destroyed many orangutans are killed. Those who do survive are forced to nest on palm oil plantations. Palm producers view these squatting orangutans as pests and kill them on the spot or sell them into the exotic pet trade. In the past 10 years, the orangutan population has decreased by 50 percent.

With only 6,300 individuals hanging on to life in Sumatra, the remaining orangutans are left to ponder why we even need palm oil.

Deforestation from palm oil production has led to the loss of 90 percent of the orangutan’s natural habitat. 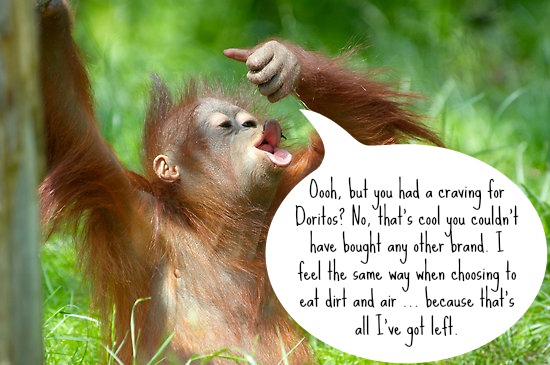 An estimated 50,000 orangutans have died in the past two decade because of palm oil production. 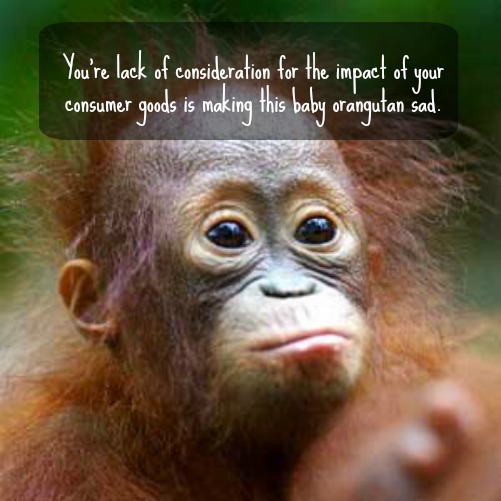 It is estimated that the orangutan population can only survive in the wild for 30 more years if deforestation rates continue. Less if they increase. 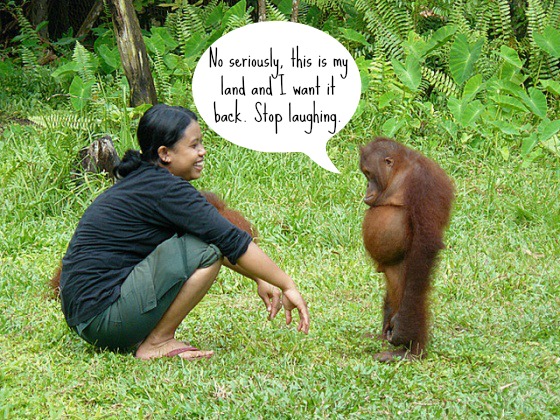 Indonesia only contains three percent of the world’s forests, but unmitigated deforestation in this area is responsible for 1/3 of global carbon emissions. 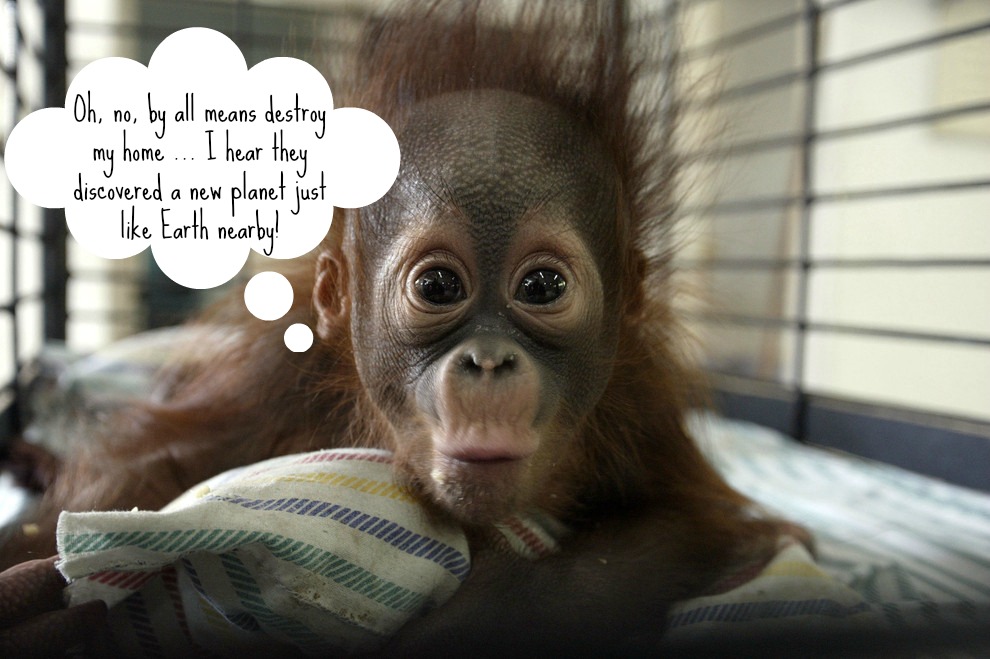 Not even protected forests in Indonesia are safe from palm oil. Nearly 52,000 hectares of land in Tesso Nillo National Park have been converted to plantations. 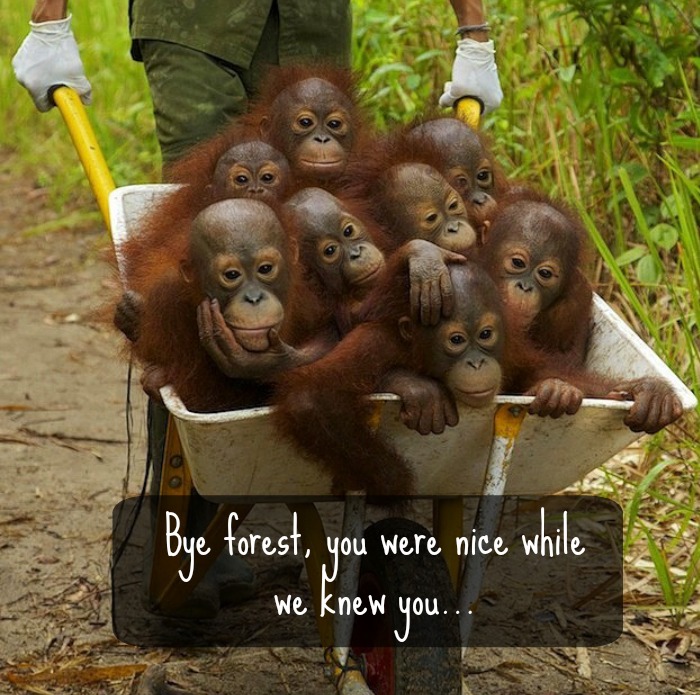 Despite their billion dollar net worths, companies like PepsiCo and Kraft, who use palm oil do so for its low price. 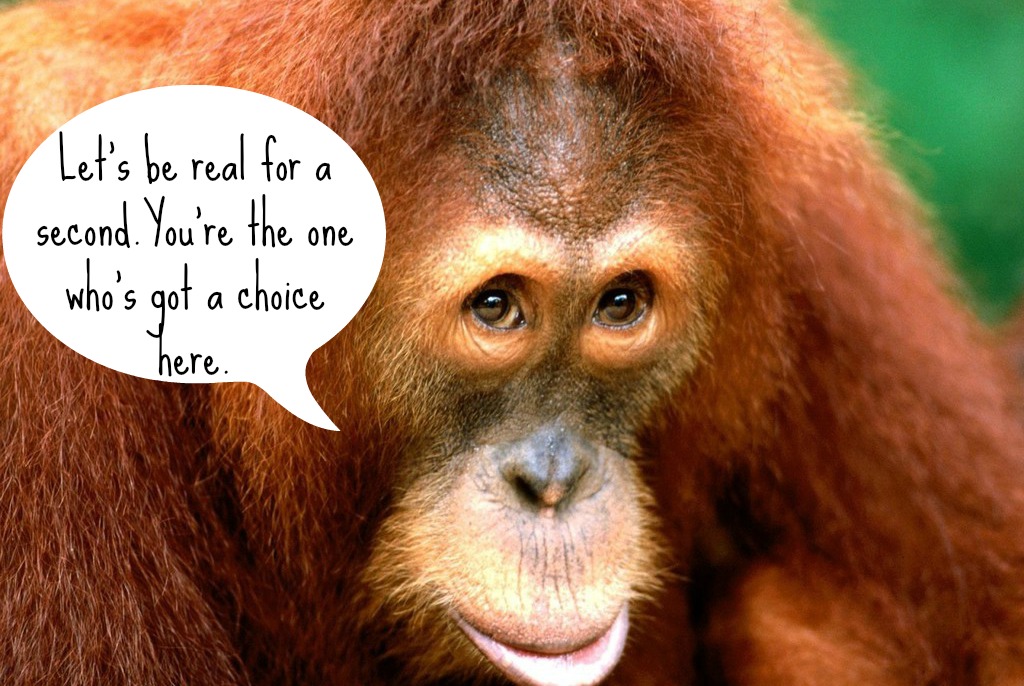 Every hour of every day, the orangutan’s habitat is encroached upon by the palm oil industry. 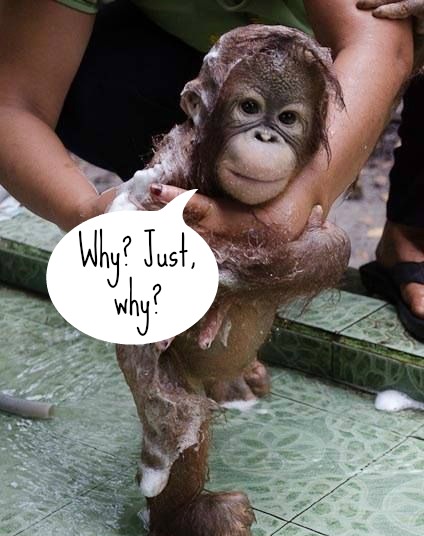 The extinction of the orangutan population is imminent if we do not put an end to the deforestation caused by the palm oil industry. As consumers, we have the power to influences companies for the better and get them to remove palm oil from their products. Many companies have begun to work to replant the forests of Indonesia and Malaysia to neutralize the impact by their use of palm oil. While this can never replace the old growth forests that have been destroyed it is a start. Other companies have signed on to the Roundtable for Sustainable Palm Oil’s (RSPO) certification program that aims to make palm oil supply chains more transparent and limit the amount of deforestation caused by producers. There is, however, much debate over the effectiveness of this program due to lack of enforcement for the standards it proposes.

The reality is, these companies can work to be better, but they will never be 100 percent impact-free. However, that doesn’t mean that your consumption habits can’t be. Look out for palm oil on all the products you buy and tell others about the impact this unsuspecting oil is having on the world’s orangutans. These incredible creatures share over 90 percent of the same DNA as we do; we owe it to them to protect their future.

So please, for the sake of these orangutans, ask yourself if you really need to use palm oil. To make the decision easier for you, check out these amazing alternatives and let’s all say no to palm oil!