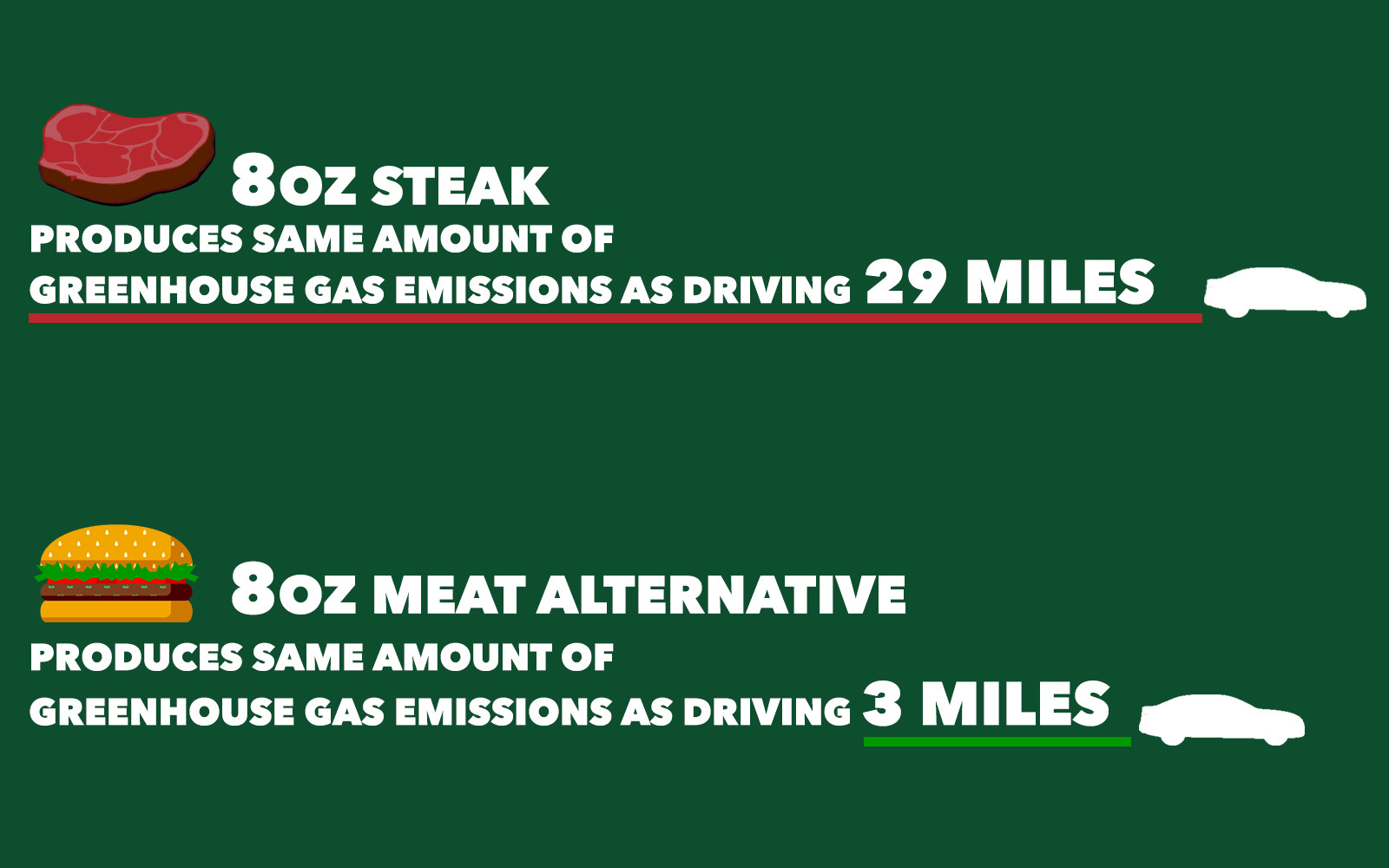 The secret’s out… the meat industry is a destructive force and the time for change has come. Given that this industry is handed out $38.4 billion a year in Government subsidies (that’s 63 percent of total U.S. food subsidies), one would, at least, assume it is doing good. On the contrary, the meat industry is essentially draining our natural resources, trashing our planet and driving more greenhouse gas emissions than the entire transportation sector.

Luckily, we have the power to make a difference by just changing the way we eat. According to some estimates, if we cut down on our meat consumption and chose to eat more plant-based foods, we could cut our carbon footprint in half, and also, save our precious natural resources.

The great news is Americans are finally getting it. Driven by concerns ranging from sustainability to health, we’re looking for cleaner alternatives to animal protein. Which explains all the latest hype around plant-based meat alternatives and the race to recreate animal protein in labs. Meat substitutes are no longer niche products with questionable ingredients found tucked away in a corner of health food stores for a small population of vegetarians or vegans that are craving something “meat-like.” Those days are long gone. The new world of meat substitutes are healthier, better tasting and are primarily being consumed by meat eaters with a genuine interest in cutting back on their animal protein consumption. According to some estimates, the plant-based meat market is set to reach $5.2 billion by 2020 and could make up one-third of the market by 2050. Introductions of new products with plant-based proteins grew 14.7 percent in 2014 (while animal protein grew 7.5 percent) and in 2015, more than 100 plant-based meat substitutes were introduced in grocery stores.

But are plant-based meat alternatives truly more sustainable? Well, considering they don’t use meat, dairy or eggs, each of which have an enormous environmental impact, the answer should be obvious. But if you need studies and facts to back those assumptions, we now have some real proof.

According to a recently released study of the environmental impacts of 39 meat substitutes presented at the American Society for Nutrition Annual Meeting, across the board, plant-based meat alternatives were found to be associated with substantially lower emissions than actual meat.

In conclusion, they found that while the emissions generated to produce a typical 8-ounce steak is equivalent to driving a small car for about 29 miles, replacing that steak with the same weight of a plant-based meat alternative is like driving the same car just three miles. If this news doesn’t make you want to consider trying out a plant-based meat alternative the next time you’re at the grocery store, keep in mind that these products are also healthier for you. It may sound too good to be true, but trust me, this is real, and it’s happening now. And if you are not satisfied with the current products available, don’t despair. Investors are pumping millions of dollars into businesses that are trying to make good on the promise of recreating the taste, texture and nutrition of animal meat, minus all the health problems, environmental destruction, and cruelty. We’re going to soon live in a brave new world where everyone can make a positive impact without giving up on the foods they love.

So, the meat industry can continue to spend billions on lobbying and advertising and take billions in subsidies, but they can’t withstand the force of real change. Fueled by a bit of knowledge, like the simple and striking fact that plant-based meats produce 10 times less greenhouse gas emissions than beef, people are picking up their forks and molding a better food system with every meal.

There’s a new conscious food movement rising that’s unlike anything we’ve seen before. It’s being driven by consumers who are demanding healthier, better foods, purpose-driven media companies like One Green Planet that are empowering people to eat differently, and an emerging food economy that’s getting organized and innovating at breakneck pace.

This isn’t a passing trend that can be ignored; it’s the future of food and it just happens to be sustainable, healthy, and vegan.