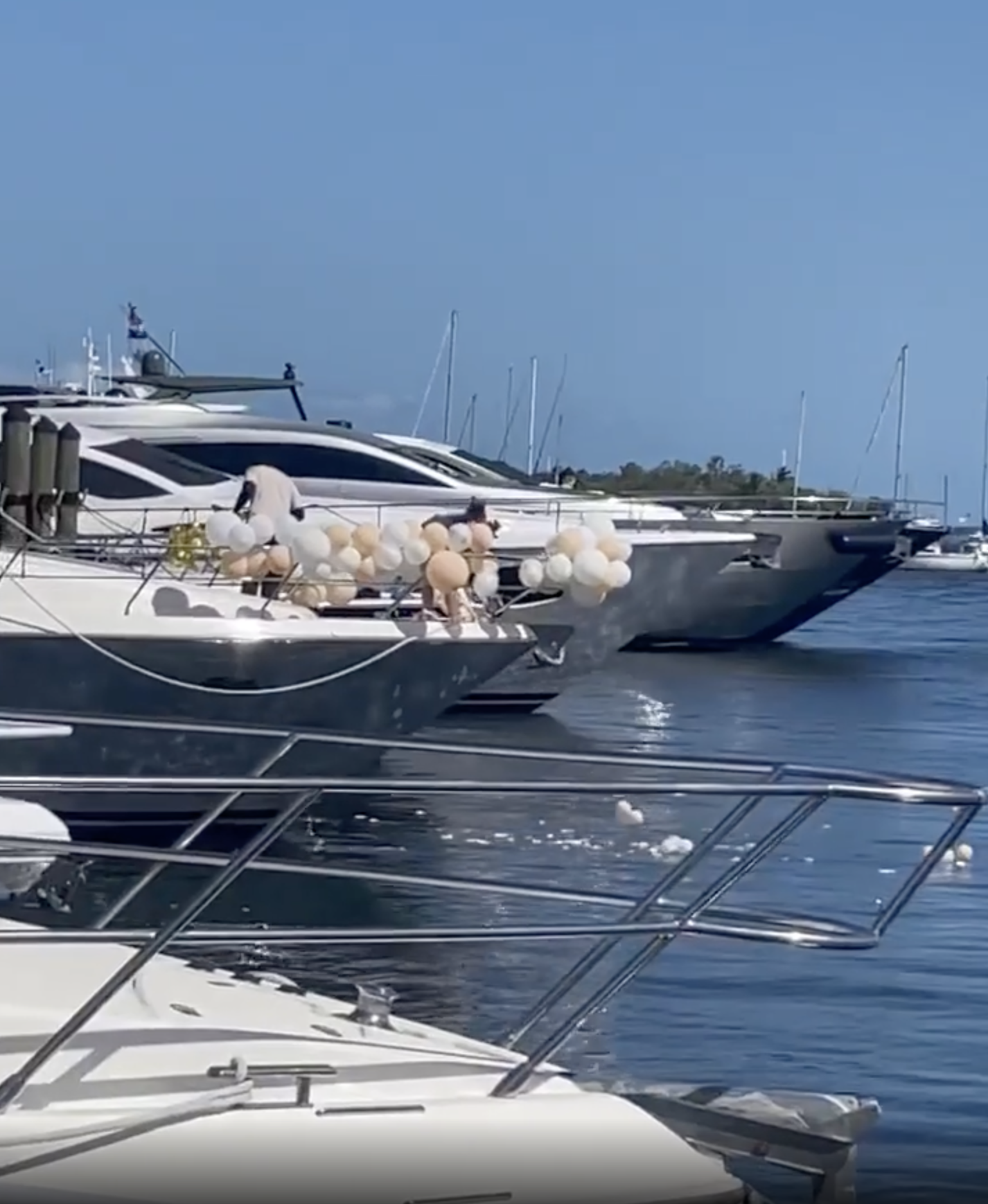 A man and a woman are facing felony charges after popping and throwing hundreds of balloons into the Biscayne Bay in Florida.

A witness shared a video on Instagram that showed a 26-year-old woman and 29-year-old man popping hundreds of balloons that were used as decoration on a chartered yacht during a marriage proposal. The public was outraged at the video and the utter lack of respect for the environment and marine life.

“Instead of properly disposing of their balloons in trash cans – they took it upon themselves to grab knives and pop them one by one and either let them fall or throw them overboard directly into the marina water. As we passed them and expressed our disagreement – we were ignored and they continued popping away with no care in the world,” @thequalifiedcaptain captioned his Instagram post.

The Miami-Dade police officers issued civil citations to the pair with more than $23,000 in fines for the illegal dumping at the Bayshore Landing Marina in Coconut Grove, Local 10 News reported. The pair were arrested and face charges of willful disregard for the environment, which is a third-degree felony that is punishable by up to $50,000, 5 years in prison, or both.

The Florida Ocean CleanUp Society wants Miami-Dade to take this seriously and prevent this from happening in the future. The non-profit set up a petition to ask Miami-Dade’s Mayor Daniella Levine Cava, the chief bay officer, and commissioners to ban balloons and confetti in coastal waters.

Ballons are not biodegradable and many animals will mistakenly eat them thinking that it is a food source. Animals both on land and in the sea often misidentify the deflated balloons as food, and consumption leads to stomach or intestinal blockages and eventual starvation. Curious animals like birds, dolphins, and whales are attracted to bright colors and shiny objects and often mistake the balloons as well.

Plastic waste is killing marine life all around the globe at an alarming rate, dead whales washed ashore with plastic in their stomachs have been found in the Philippines, Thailand, Spain, and in more places than we can count! Not to mention, half of the baby sea turtle population dies from consuming plastic! Sea Shepherd created an eye-opening campaign to draw attention to how plastic pollution impacts whales and dolphins. Plastic is also found in various land animals as well, like deer and cows.

There are products you may be using or habits you may have that contribute to plastic pollution. Learn more about how the use of Teabags, Cotton Swabs, Laundry, Contact Lenses, Glitter, and Sheet Masks pollute our oceans so you can make more informed decisions going forward. There are also numerous simple actions and switches that can help cut plastic out of our lives including, making your cosmetics, shampoo, toothpaste, soap, household cleaners, using mason jars, reusable bags/bottles/straws, and avoiding microbeads!

How to Reduce and Avoid Plastic

Not sure where to start but want to do your part? Check out these helpful resources: