Lorenzo, an Off-Season Category 5 Hurricane and its Connection to Climate Change 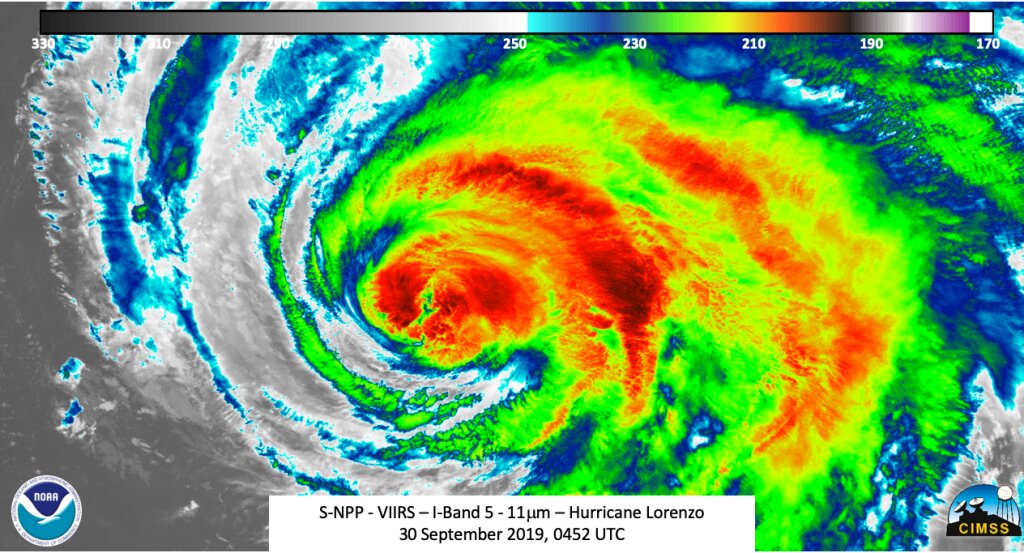 Scientists have been watching a developing hurricane in the Atlantic Ocean. Hurricane Lorenzo is unique for many reasons, mostly for its strength and location. It’s much further east than expected for this time of year. Scientists continue to study hurricanes like these outliers because of their connection to climate change.

This storm, Hurricane Lorenzo was first observed as a tropical storm on September 23. But Lorenzo was forming 650 miles further east than Hurricane Hugo, the record holding storm from 1989. The storm is so far east it’s heading for the Azores in Portugal, making scientists pay extra attention. Most storms that size, and all hurricanes evaluated since 1851, reach their highest strength in the Caribbean or the Gulf of Mexico. Not a single one has done so in this part of the Atlantic.

The size and placement in the Atlantic is bringing up climate change, since the Atlantic ocean was previously too cold to host such a hurricane. Current data from the Geophysical Fluid Dynamics Laboratory at NASA talks about relationships between climate change and hurricanes, that is, how changes brought on by climate change can affect hurricane sizes strength and output. These changes include warming seas, warming temperatures, and increased rainfall rates.

Climate scientist Michael Lowry tweeted a picture, below, comparing Lorenzo to other hurricanes its size and strength. Alongside the picture, Lowry said in another tweet, “A Category 5 hurricane this far east this late in the season is almost unbelievable. Wow doesn’t do this justice.”

With winds of 145 mph, Hurricane #Lorenzo really is in a league of its own for this time of year. pic.twitter.com/PDz6BCt1YK

Read more One Green Planet news on climate change, including the IPCC report. And learn how to reduce carbon emissions.