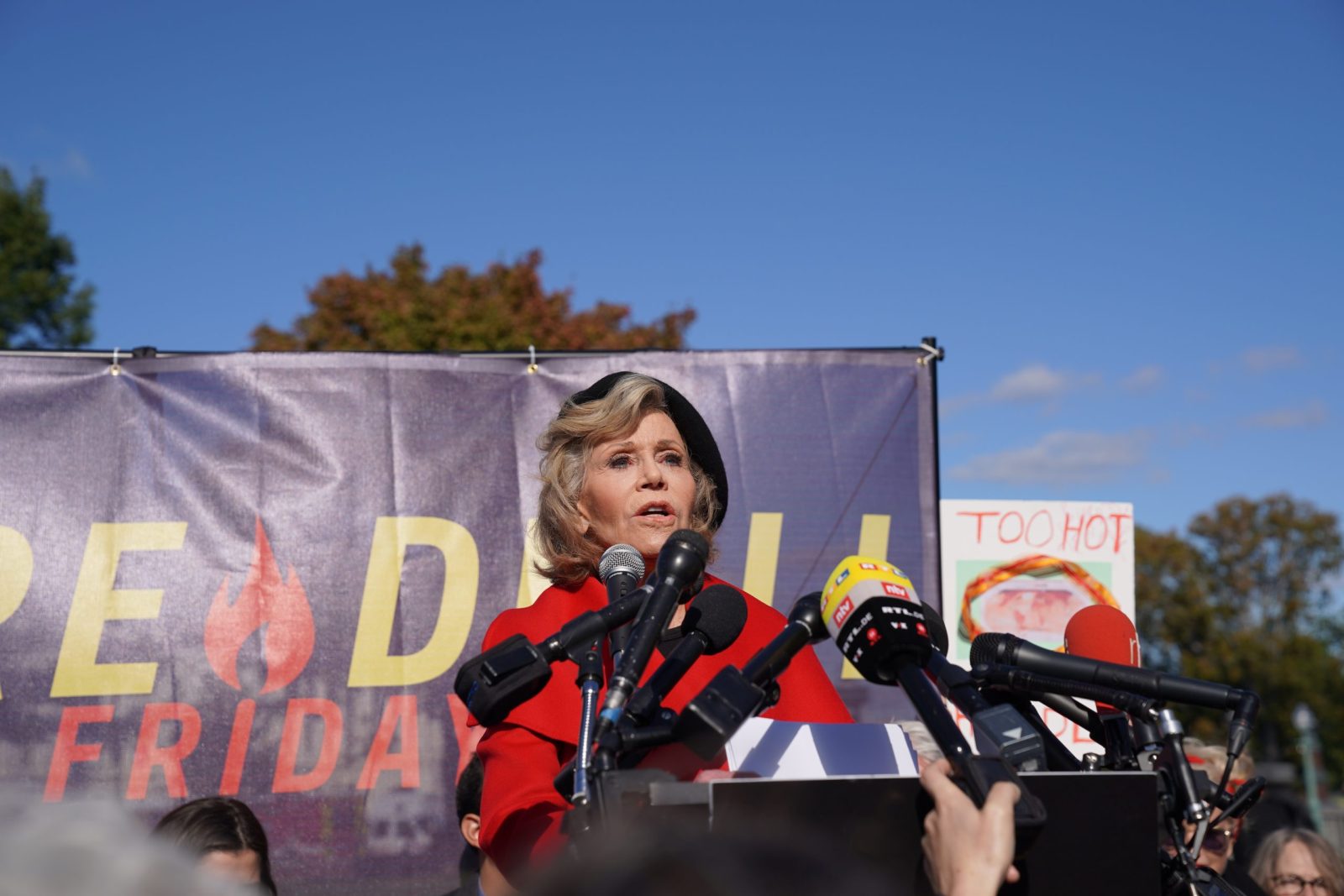 Jane Fonda says that if Biden runs again in 2024, he will need to “get better” on the climate change issue and take the matter seriously. Fonda has been a long-time environmental activist and uses her platform to fight climate change. She has participated in many climate protests and even paid for students’ classes on climate change to promote education about the topic.

In an interview with The Washington Post, she said that she is “sickened” about Biden issuing more permits for oil and gas drilling on public lands than former President Trump did during his term.

“He promised during his campaign that he would not allow any more drilling and fracking on public lands. So it’s very, very disappointing.”

“There are so many issues before us right now, obviously. And I care about all of them, including the right to a safe, legal abortion and gun safety. But arching over everything — it’s not called the existential threat for nothing — is the climate crisis. If we can’t do something about that, everything else is going to be very, very difficult,” said Fonda.

“We have less than eight years to cut our carbon emissions in half, according to climate scientists. That’s just four election cycles. So this moment calls for agile, aggressive action, and we’re ready to provide it.”

Fonda says she believes Biden can be pressured into doing the right thing. She notes how important the upcoming midterm elections are in November.

“And we have to make it very clear to Biden that if he intends to run again, he’s going to have to get better on climate.”

Recently, Fonda launched a committee to defeat the politicians that are involved with the planet-warming fossil fuel industry. It’s always amazing when celebrities with a large platform use their influence for good. We need to fight climate change now more than ever.

Sign this petition to demand an end to fossil fuel lobbyists!