Is Your Love for Surfing Harming the Oceans? How to Minimize Your Footprint in the Water 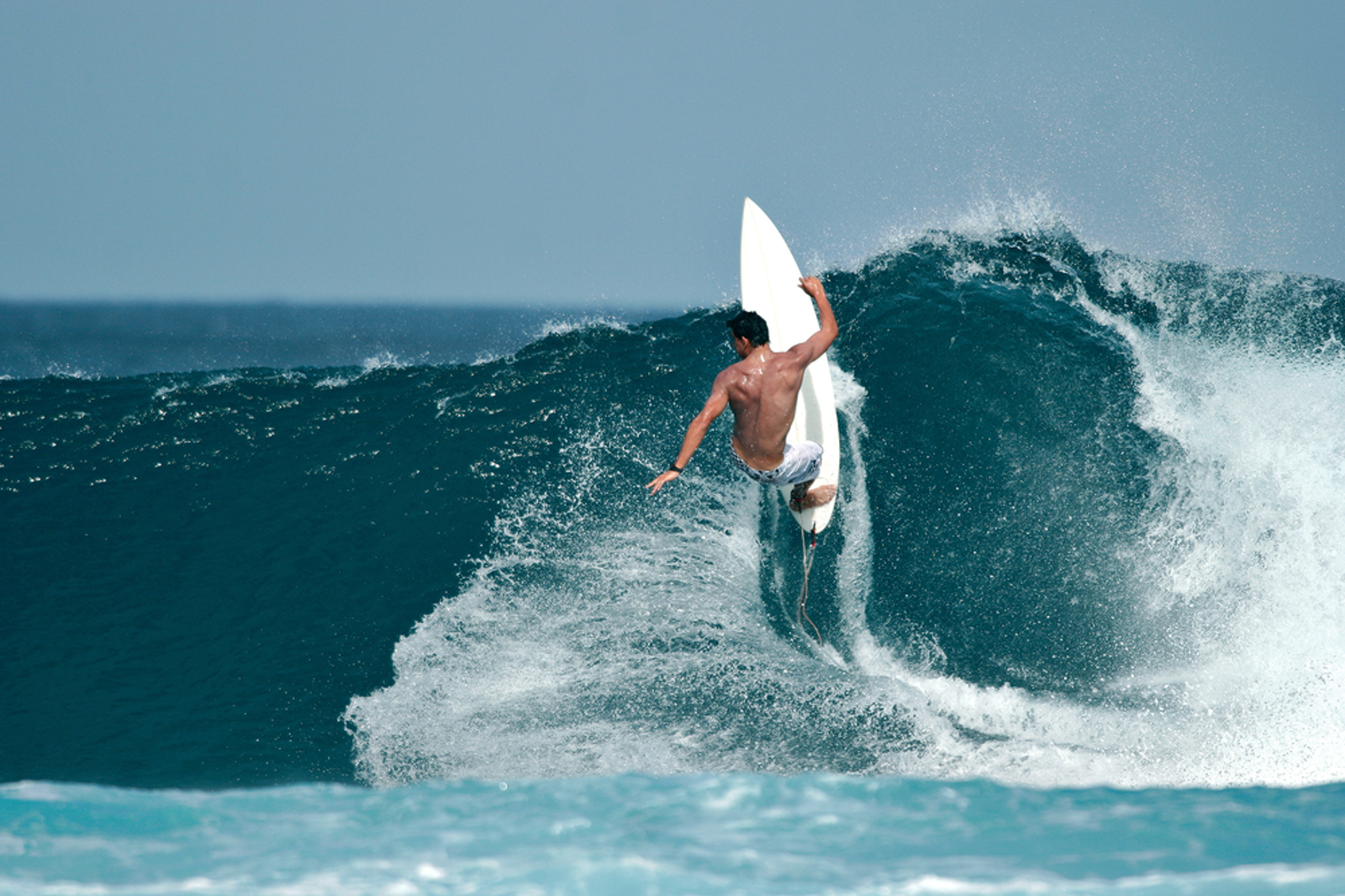 Surfing, a sport enjoyed from coasts around the world, is more than just a hobby to do in the water. Many surfers would agree that at the core, it’s a love affair with nature and the ocean as well. Naturally, if the ocean and nature are huge components of the passion that goes into the sport, it’s safe to assume that the majority of surfers are environmentally conscious.

Unfortunately, with the abundance of chemicals, synthetic dyes, and fragrances in irresponsibly manufactured products that we are bombarded with daily, it can seem near impossible to approach a sport like surfing in an eco-friendly way. In just a single bar of surfboard wax, there can be up to thousands of undisclosed chemicals. This wax does not only make contact with your skin, but it makes contact with the ocean, where billions of plants and animals live. So now comes the big question … how green do you surf?

What Surfboard Wax Do You Use?

Let’s start off with the basics: surfboard wax. Similar to sunscreen, board wax can contain ocean harming and human health-harming synthetic ingredients such a petroleum based wax or synthetic fragrance.

Many popular waxes contain petrochemical additives such as paraffins that pollute the ocean. In fact, petrochemicals are in 95 percent of surf wax found on the market today. This petroleum based wax will eventually fall off a surfboard, affecting our beaches, our delicate ecosystems and reefs. Paraffin wax is obtained when crude oil is separated into its individual components.

The wax itself is a petrochemical which requires hydrocarbon energy to transport and refine the wax from crude oil. Paraffin starts off as a grayish-black sludge that may have seen oozing out of the backside of petroleum refineries. This substance is then bleached with 100 percent strength bleach, creating dioxins (which are toxic). For those who use bleach in the laundry, only 10 percent is used in this case – so you can imagine the strength of 100. The white ooze created from this is then processed into solid paraffin using various solidifying chemicals, such as acrolyn, which is a known carcinogen. As if this process isn’t bad enough, it uses a large amount of nonrenewable energy as well.

Soy is another primary ingredient found in surf wax. While soy seems better and more natural because it’s a plant, soy is a monoculture that is mass produced for use in the agricultural industry, and it is often genetically engineered. Genetically modified soy is grown with petrochemical fertilizers, petrochemical herbicides, and petrochemical pesticides. This farming method puts biodiversity highly at risk, especially in South America, where the area of soy cultivated for the production of animal feed and other products is about the size of Germany, Belgium, the Netherlands, and France combined.

That’s not where the impact ends, however. Soy bean oil is converted to wax through hydrogenation, where hydrogen gas is catalytically combined with the oil. Hydrogen gas is produced industrially through a process called methane steam reforming, where water and a natural gas (a petrochemical) are broken up into carbon dioxide and hydrogen gas.  This means that even if the soybeans were grown, transported and processed into oil without any petrochemicals, the wax making process requires hydrogen (made from petrochemicals) added to it. Because the majority of brands do not specify where the soy is sourced from, the best option is to find certified organic surf wax to avoid most of the damage associated with soy.

There are several self-titled eco-surf wax products available that, unfortunately, are only eco-friendly by name alone. The German magazine Surfers had a deeper look into the ingredients of these waxes some time ago and came to a disheartening conclusion: petrochemical additives were often found in these self-proclaimed “eco-surf” waxes. Real “green” surf waxes, according to Surfers include Famous, Sticky Bumps and Greenfix (there is a cooperation with Kun_tiqi). However, it remains unclear if organic soy is used in these waxes.

Here are a few waxes made organically and sustainably:

It Goes Beyond Wax

For half a century surfers been riding the same surfboard. Design and performance have made quantum leaps over the decades but the typical surfboard remains a chunk of toxic polyurethane slathered with toxic polyester resin. It’s not good for the ocean and it’s certainly not good for the surfers and shapers who play in an increasingly polluted ocean. An average Polyester resin shortboard around 6’1 has the carbon footprint of around 400 pounds of carbon dioxide equivalent and an epoxy 9’1 Longboard is around 1,000 pounds carbon dioxide equivalent. For context, burning one gallon of gasoline releases around 20 pounds of carbon dioxide.

In 2005, Clark Foam, the largest surfboard producer in the U.S. shut down due to threats from the Environmental Protection Agency (EPA). These boards, which was the first to introduce boards make of fiberglass and polymers used toluene diisocyanate in the manufacturing process. This chemical alone is a potent carcinogen and the company had been cited many times by the EPA. While this signaled the end of these harmful boards, there has been a lag in producing new boards that appropriately merit a sustainable title. After years of false starts and failed experiments, companies have began creating eco-friendly surfboards that don’t compromise performance or require significant changes in manufacturing. Who are the companies leading this change?

Traditionally, wetsuits have been made using neoprene, which is DuPont’s trade name for polychloroprene. Polychloroprene is a family of synthetic rubbers. It has many uses as in general it has good chemical stability, and maintains flexibility over a wide temperature range. It’s no wonder this is a popular material used to make wetsuits and other swim gear. However, this material is synthetic, and is on your skin for an extended period of time where toxins can be absorbed into the body. In addition, this material pollutes the ocean and harm marine life as it comes into contact with it. Fortunately, there are alternatives to neoprene wetsuits. These include:

This is a big one, and can easily be overlooked. Sunscreen, if not made in a sustainable way contains many additives that are toxic to marine life, coral reefs, and your health. To read more about how sunscreen impacts the environment and for tips on ecofriendly, health-conscious alternatives, click here.