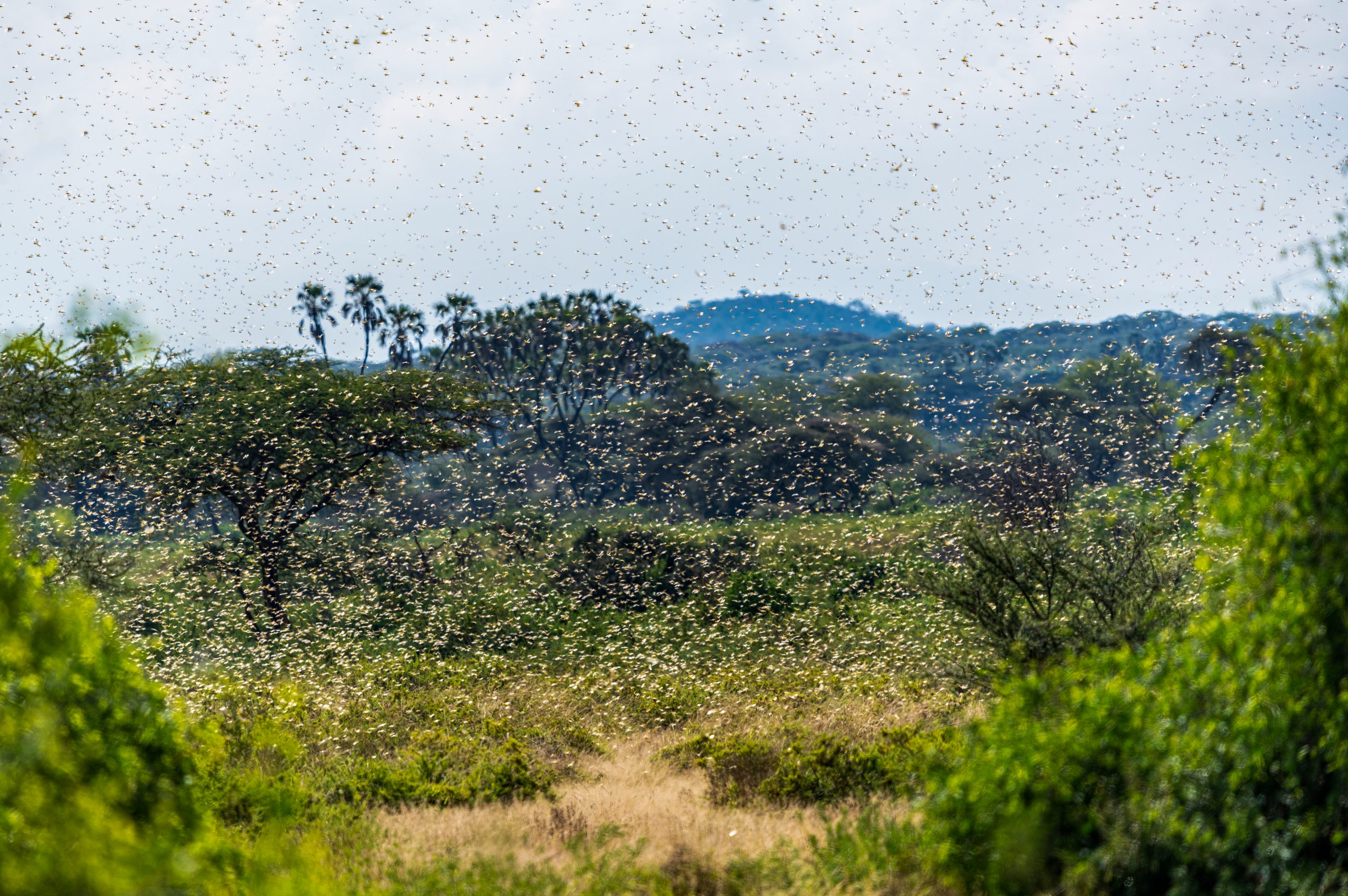 India is being swarmed with locusts, according to the Indian Express. Jaipur is experiencing a locust invasion that’s eating crops. Farmers told news outlets that the invasion is the worst one they’ve seen.

Images and videos show hoards of insects on multiple surfaces. In Jaipur, locusts have not been seen since 1993. While swarms have been spotted in Rajasthan in the past twenty years, the insects have spread to other parts of the country, including Uttar Pradesh and Madhya Pradesh.

Locusts have amazing appetites and a single swarm in a square kilometer can eat as much as 35,000 people. As India already deals with the effects of COVID-19 and subsequent lockdowns, this is another problem for the country.

Akhilesh Litoria owns a farm in Jhansi, Uttar Pradesh. He told The Wire about the swarms, “It looked like someone had placed a huge white sheet on top of the entire field. They finished the entire crop in the area. We had planted moong and they ate all of it. They did not even spare leaves on trees. Some of them sat on trees and ate all the leaves.”

Climate scientists say that warm waters due to heavy rainfall made the areas suscepitable to the swarms. Roxy Mathew Koll, a climate scientist at the Indian Institute of Tropical Meteorology, told The Wire in an email, ” Heavy rain triggers the growth of vegetation in arid areas where desert locusts can then grow and breed. These locusts which migrated to India early this year might have found greener pastures as the pre-monsoon rains during March-May were in excess over north India this year.”

See footage of the locusts: