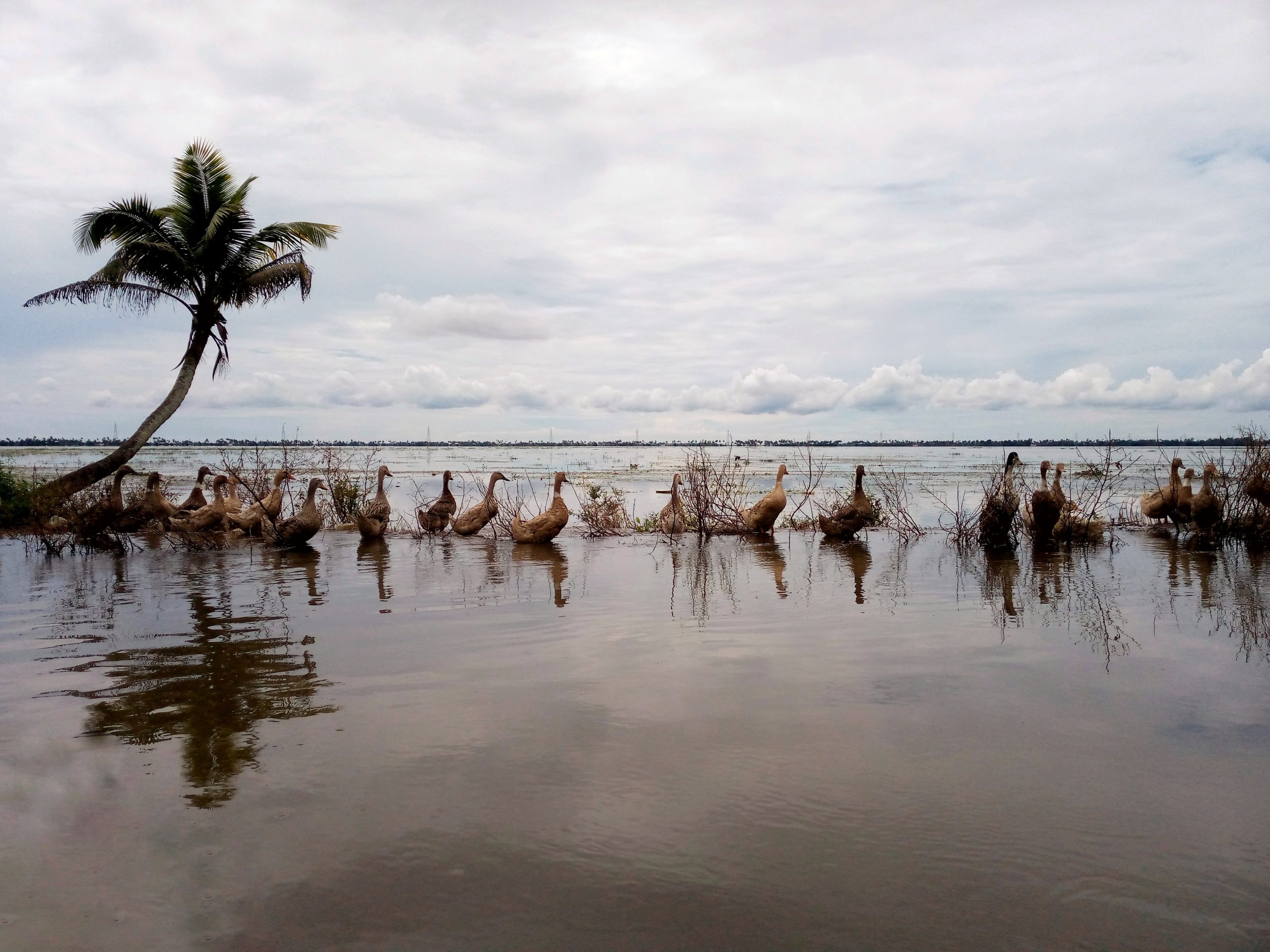 Residents of the Indian state of Kerala have created a marine cemetery for animals that are going extinct from plastic pollution. The cemetery opened December 4, World Wildlife Conservation Day. The Marine Cemetery is 9 gravestones with tombstones made of iron and plastic. They carry the names of soon to be extinct or critically endangered animals.

A fish native to the Chaliyar River, “Miss Kerala” is in danger of extinction. Ranison told News18 the exhibit is made to get people’s attention, “The point of making it into an art installation which connects with the people, is to make them aware about something that affects them. In this case, the fish which has sentimental value, will prove the point more than a ‘Save the beach at Beypore’ sign would.”

A coastal community is prescient to the intersection of plastic and water bodies. Said Kodithodi of the installation, “When our roads have potholes, the first to complain would be the motorists. The same rhetoric applies to our water bodies. Kerala is known for its scenic rivers and tourism industry based on our water bodies, but these same water bodies are littered with plastic.”

It took 24 days to put the cemetery structure up. The government said they can keep the structure up for six months. And the activists have already gotten requests to move it to other places in the area.

See photos of the installation

The Marine Cemetery at Beypore Beach Calicut, is now open for viewing. This initiative has been made possible with the support of Clean Beach Mission, District Administration, Kozhikode, wherein by ensuring mass participation of people, it warrants in not just keeping our public spaces clean but also spread awareness about the toll that littering is taking on Marine ecosystem Here, you’ll sadly find the symbolic tombs of 8 marine species and 1 freshwater species. You'll also notice that the tombs have been built using 2000 single-use plastic bottles. Disposable plastic is one of the major threats to marine life. 6.4 million tonnes of litter is dumped into our water bodies every year. 50% of this litter is plastic waste. This indiscriminate pollution of our waters is pushing marine life to the edge of extinction. You might be shocked to know that man-made pollution has already lead to the extinction of 15 marine species, and is threatening the lives of 700 more. The Marine Cemetery at Beypore is a timely reminder of the ecological destruction mankind has caused. But, it is not too late to reverse the damage. Please visit the cemetery, and take a pledge to eliminate single-use plastic from your life. And, support our cause of eliminating single-use plastic from our water bodies. . . . We are grateful for the support of Beypore Port department and officers from Beypore coastguard station. This initiative is driven by Climate activist Aakash Ranison . . . At the Marine Cemetery, you’ll find the tombs of: Seahorse (Hippocampus) Parrotfish (Scariidae) Leatherback turtles (Dermochelys coriacea) Eagle Rays (Aetomylaeus vespertilio) Sawfish (Pristidae) Dugong (Dugongidae) Zebra shark (Stegostoma fasciatum) Hammerhead shark (Sphyrnidae) Miss Kerala (Sahyadria denisonii) – Freshwater Fish _______________________________________ #wildlifeconservationday #marinelife #pollution #ocean #conservation #doomsday #oneplanet #saveearth #climatestrike #fridaysforfuture #chaliayrriverpaddle #pledge #Kozhikode #Kerala #India #travel #adventure #plasticbottle #bottle #sustainableliving #jellyfishwatersports #watersports #naturelover #planetearth #singleuseplastic

A post shared by Jellyfish WaterSports (@jellyfish_watersports) on Dec 4, 2019 at 8:39pm PST

India and its citizens have been working hard to reduce plastic pollution across the country. President Modi was caught on camera picking up trash to create plastic awareness. A village in India was trading rice for plastic trash with citizen participating. The country has been working to ban all single-use plastic by 2022.

Plastic waste is killing marine mammals all around the globe at an alarming rate, a Cuvier beaked whale washed ashore in the Philippines with over 40 kilos of plastic in it’s stomach, a pilot whale died in Thailand as a result of eating more than 80 plastic bags, the body of a dead sperm whale washed up in Spain was found to have 64 pounds of plastic bags, a jerrycan, and several pieces of rope and net and half of baby sea turtles die from consuming plastic.

Plastic is also found in various land animals, like deers and cows. There are products you may be using or habits you may have that contribute to plastic pollution. Learn more about how the use of Teabags, Cotton Swabs, Laundry, Contact Lenses, Glitter and Sheet Masks pollute our oceans so you can make more informed decisions going forward. There are also numerous simple actions and switches that can help cut plastic out of our lives including, making your own cosmetics, shampoo, toothpaste, soap, household cleaners, using  mason jars, reusable bags/bottles/straws, and avoiding microbeads!

To call for action on plastic pollution and save marine animals, sign this petition!