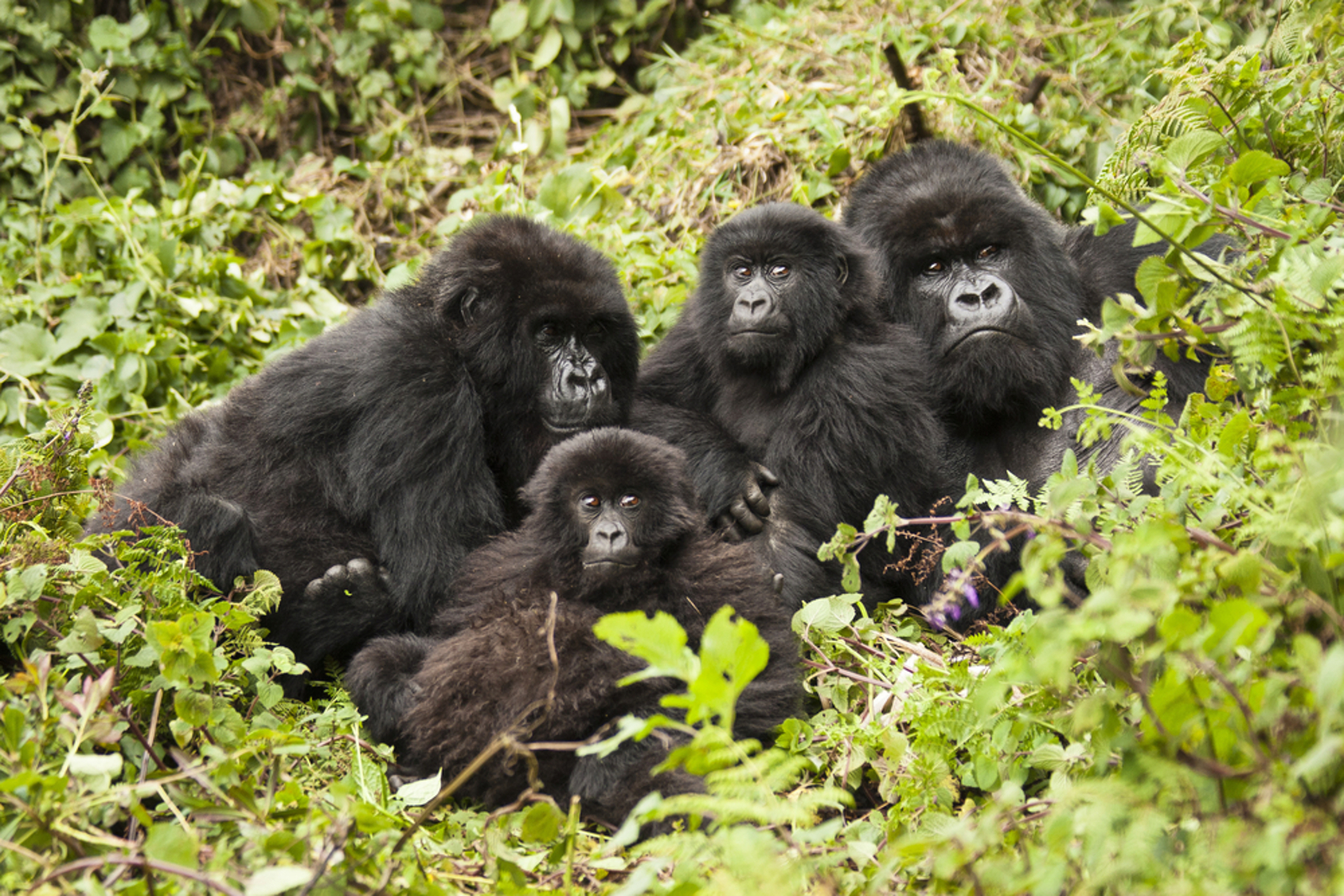 In 1996, the small African country of Rwanda invaded its neighbor to the west, Zaire, the brutal result of mass genocides and killings perpetrated by extremists who had been given safe haven within Zaire’s borders. This bloody infiltration would culminate into the Congolese War, which claimed the lives of five million people, embroiled several prominent African countries, and pitted two rivaling cultures against each other. While the war officially ended in 2003, even now there are local skirmishes in remote parts of Zaire, which has since been renamed the Democratic Republic of Congo (DRC). But long before the war that tore apart the heart of Africa, the DRC languished under the control of a despot ruler, who pocketed the country’s funds and let the local government and infrastructure fall to pieces.

The Far-Reaching Impact of War

The DRC contains two-thirds of the Congo rainforest, and the many years of governmental neglect and conflict have led to the near-extinction of one of the forest’s largest inhabitants: the Eastern Lowland Gorilla. In order for local militias to support their campaigns during the Congolese War, their leaders would establish mining camps deep in the jungle to exploit the natural resources the land harbored, such as gold and cassiterite, a mineral used in the production of tin. But feeding a contingent of miners is no easy task, and most often the nearest available food was whatever could be hunted in the surrounding forest. Because of their relatively large size, gorillas were often a prized food source, and as a result, the number of Eastern Lowland Gorillas within their natural range has decreased from approximately 17,000 in 1998 to only about 3,800 measured in 2016.

Now that the war is over, however, the mining operations continue, often illegally. This, in conjunction with deforestation and the illegal animal trade, means that we are in immediate danger of losing the lowland gorilla, which has been on the IUCN endangered list since 2008. 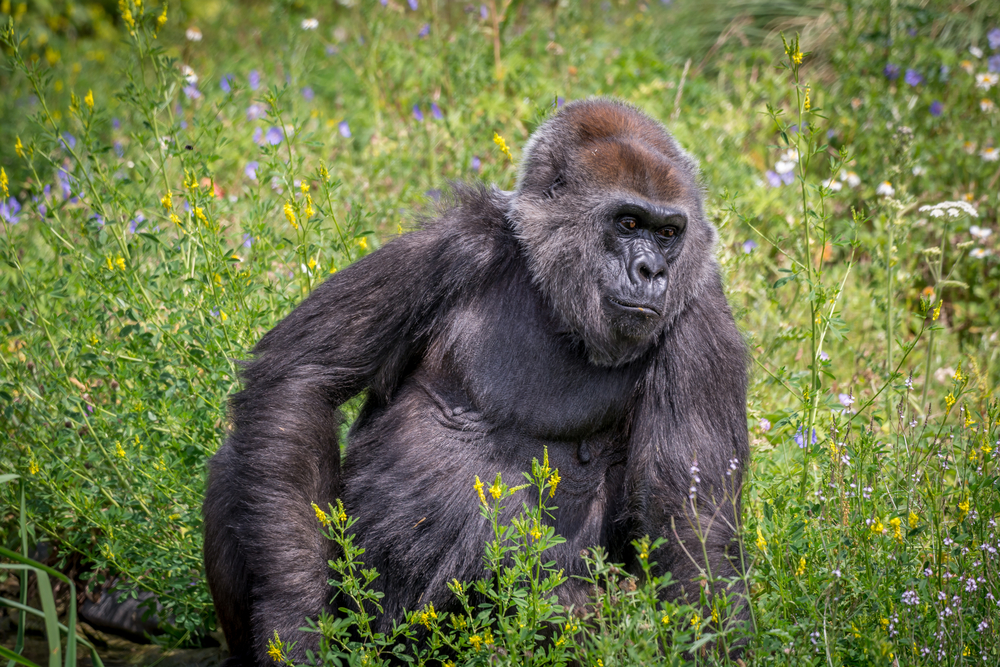 There are two species of gorilla, each with two subspecies, all of which are listed as either endangered or critically endangered by the IUCN. The lowland gorillas are only found in the DRC, their range sometimes straddling the border of Rwanda and Uganda. This makes their populations extremely susceptible to shrinking habitats and hunting.

Of the four subspecies, the lowland gorillas are the largest, standing up to five feet tall and weighing between 200 and 400 pounds.  Male lowland gorillas also have the iconic silvery wisps of hair along the contours of their backs, from which the term “silverbacks” was derived. Despite their large size, gorillas are peaceful, sociable creatures who attack only if provoked. They live in small groups of several females and one to a few males.  During the mornings and evenings, the groups forage for food, with males eating up to 45 pounds a day, and during the heat of mid-day, the adults will make nests on the forest floor and take siestas while the younger gorillas play. 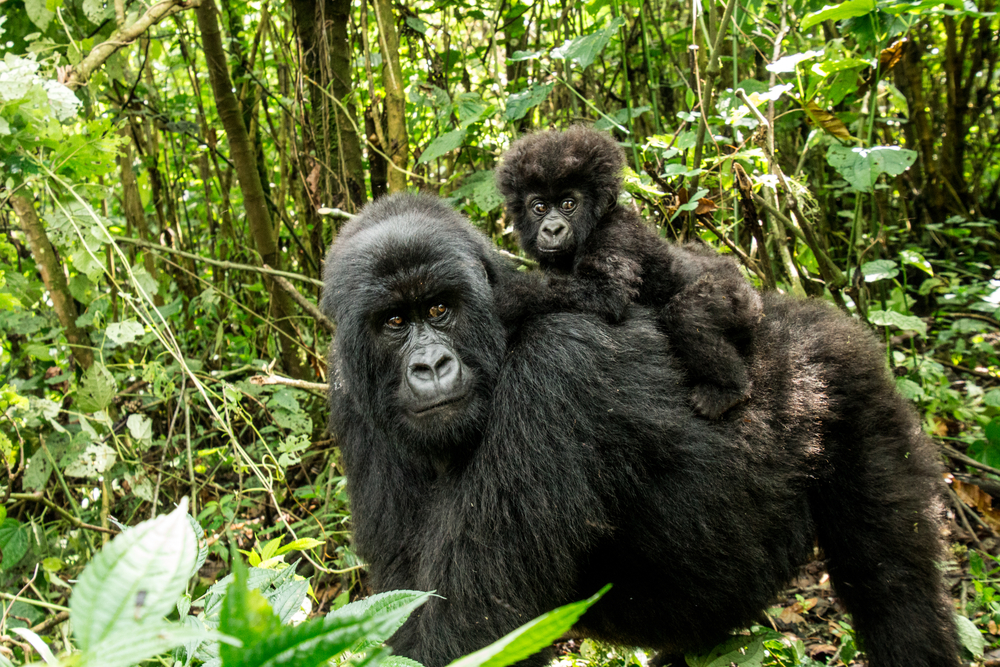 After chimpanzees, gorillas are our closest living relatives, sharing 98 percent of our DNA, and among the many characteristics they share with humans is intelligence. Koko the gorilla is famous for having a sign language vocabulary of over 1,000 words, which she uses to communicate with her caretakers. She’s especially fond of kittens and has had several as pets, which she loves to play with, and once blamed one for ripping out a sink in the wall. Sadly, her first cat died when it was struck by a car. When her caretakers told Koko the news, she pretended that she hadn’t heard for about 10 minutes, after which she began to softly whimper and mourn the death of her friend, signing the words, “frown,” “cry,” and “sad.”

These are the creatures whose existence is now at stake. You can help by supporting conservation groups that work with gorillas, like the Dian Fossey’s Gorilla Fund, or the Mountain Gorilla Veterinary Project. You can even support local ecotourism efforts, which encourage countries to protect their natural resources, by visiting gorillas in the wild.