How We Talk About Climate Change Needs to Be Less About Doom, and More About Hope 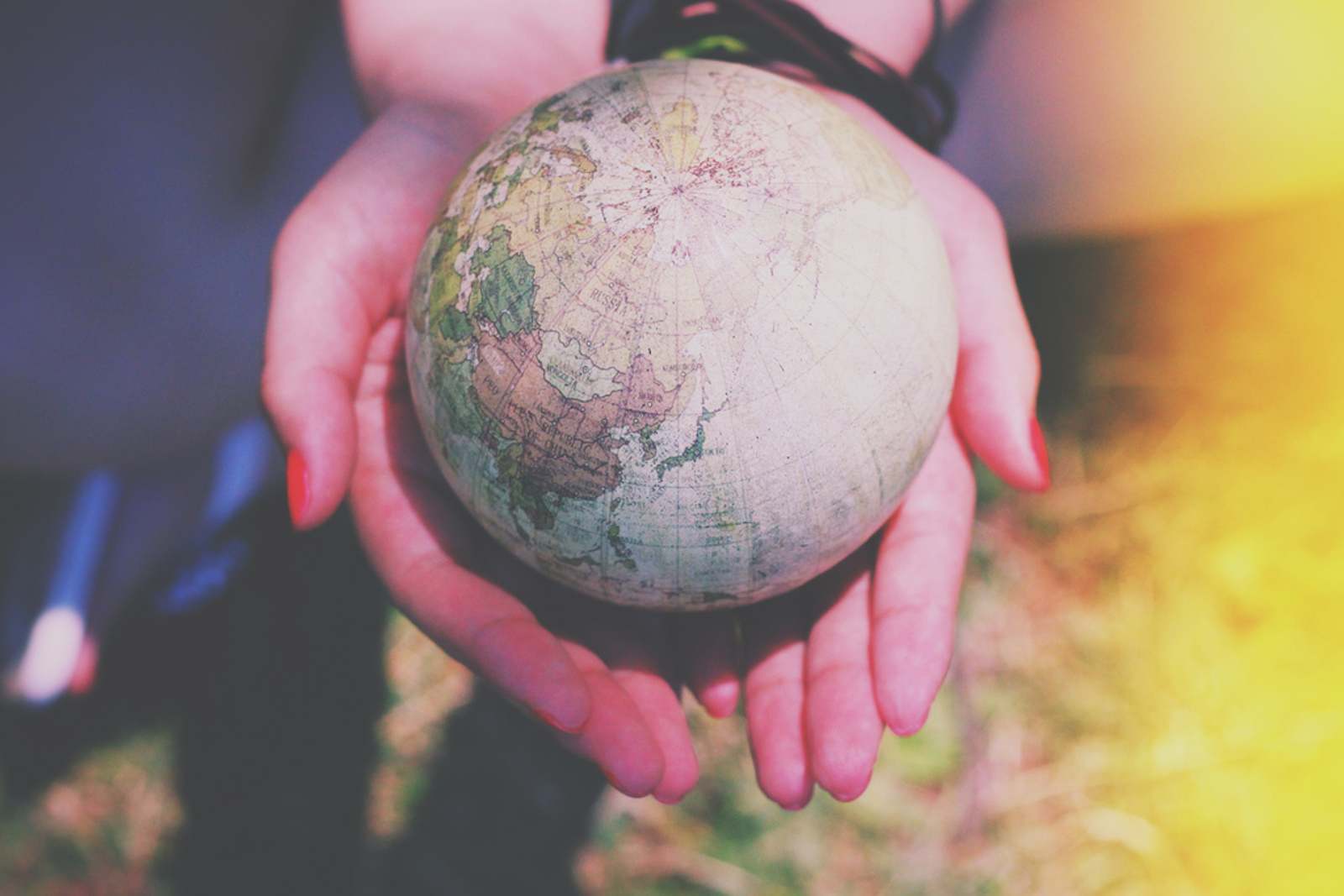 The conversation around climate change could really use a revamp. We are all aware of the reality of climate change, but it the conversations we have about this ever-looming concept often leave us feeling like there is nothing we can do about it. When we make the concept seem inaccessible, it becomes just that. And we don’t feel motivated to act – even for a cause that is as important as protecting our own future livelihood – if we feel like there is nothing we can do to make a difference.

1. This is Something We Can All Understand

If we had a penny for everything someone muttered the phrase “I don’t understand the science behind climate change” we would be literally rolling in pennies. But this phrase in and of itself is not a legitimate statement, it is used as an excuse for ignorance and it happens because rather than deal with the terrifying reality of the potential consequences, our brains kind of shut down – it’s called cognitive dissonance. But, in order to feel like we can act to make a positive difference when it comes to climate change, we have to start with a bit of a “get to know you” exercise.

There are three basic graphs that explain the concept. One illustrates rising global levels of carbon dioxide, the next shows a steady increase in global temperatures and the last typically demonstrates the effects: rising sea levels, extreme weather patterns, unprecedented droughts, and the list goes on. 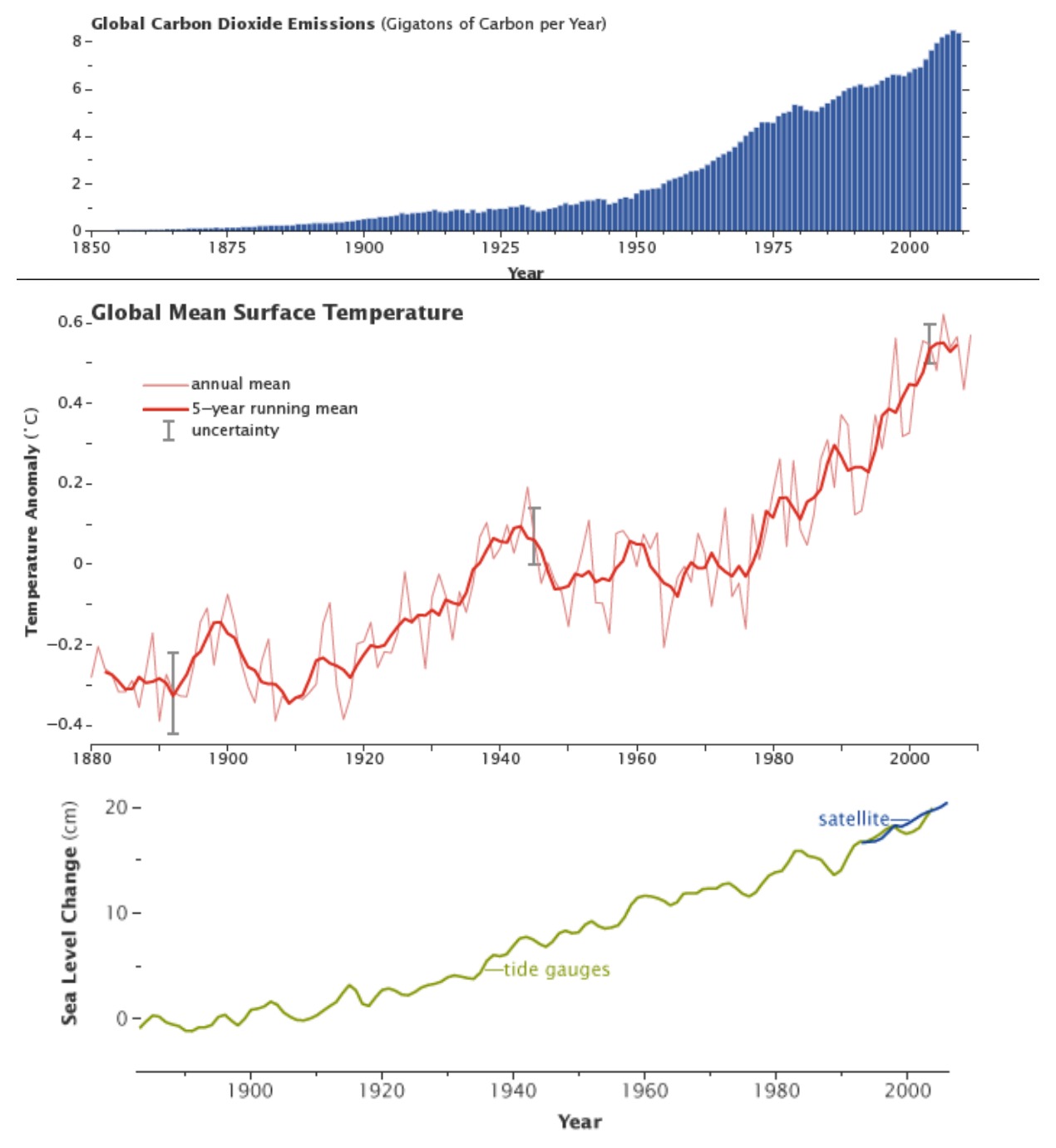 We can wrap our heads around an increase in carbon dioxide and rising temperatures … but it’s the third, arguably most important graph that loses people. Rather than attempting to fathom the doom and gloom of the third, why don’t we start with the first graph and just focus on how we can change that dramatic upward slant to a flat (or even decreasing) line. That we can handle. Climate change operates on a cause-effect basis. If you break down the thinking about climate change to this degree, you can begin to see how we can slow the effect by taking a look at what is causing it and how our actions contribute to these causes.

We all play a role in creating carbon dioxide and greenhouse gas emissions – be it in the emissions from our car, the virtual emissions resulting from our consumption of meat, or energy use – by starting with yourself and looking at how your personal habits contribute to the whole of global greenhouse gas emissions, suddenly we can learn not to be afraid of the consequences of the third graph, but to manage the first.

2. Hope is Far From Lost

After you have dispelled the idea that climate change is too difficult to comprehend, the next step is to realize that hope is hardly lost. More people are waking up to the idea that we need to act in defense of the planet that quite literally sustains us. A rather brilliant campaign run by Conservation International, brought the idea to light that nature doesn’t need humans … we need nature. And the first step to saving ourselves, is to protect the natural world.

In 2014, the U.S. created the largest marine reserve in the world, more companies have adopted deforestation-free initiatives to conserve the world’s forests, and on an individual level, more people are choosing to leave meat off their plates to reduce their carbon footprint. If humans are good at one thing it is learning information and adapting accordingly. As we learn more about the negative impact our actions and consumption habits have on the planet, we are learning new ways to limit this impact. There are seven billion people on the planet, if we all made one mindful decision to help the planet … we could make quite the difference. So, stop talking about climate change and environmental destruction like a done deal … hope is far from lost!

3. We Can All Do Something

So now that you are motivated to take that first step and do something to help the planet … you’re probably wondering what you can do? Lucky for you, you have come to the right place. We have the incredibly ability to influence the world for the better and it all starts with making choices. The best way to limit the impact you have on the planet is to consume less – shop only when you absolutely need to, opt for reusable options over disposable whenever possible, and be mindful of the food waste you create. A great way to minimize your impact on the planet is to reimagine your diet. If you are looking to cut your carbon footprint, try leaving meat off your plate – you can cut your personal footprint in half by making this one shift for an entire year. If you want to lower your water use, try limiting or completely eliminating your consumption of dairy – you can save 50,033 gallons of water a year. Not every change you can make revolves around your diet either, check out this post for other ideas.

The possibilities are pretty endless. Climate change is caused by human activity, meaning it is our responsibility to handle it. Next time you talk about climate change, remember it is only bigger or more intimidating than you are, if you let it be.