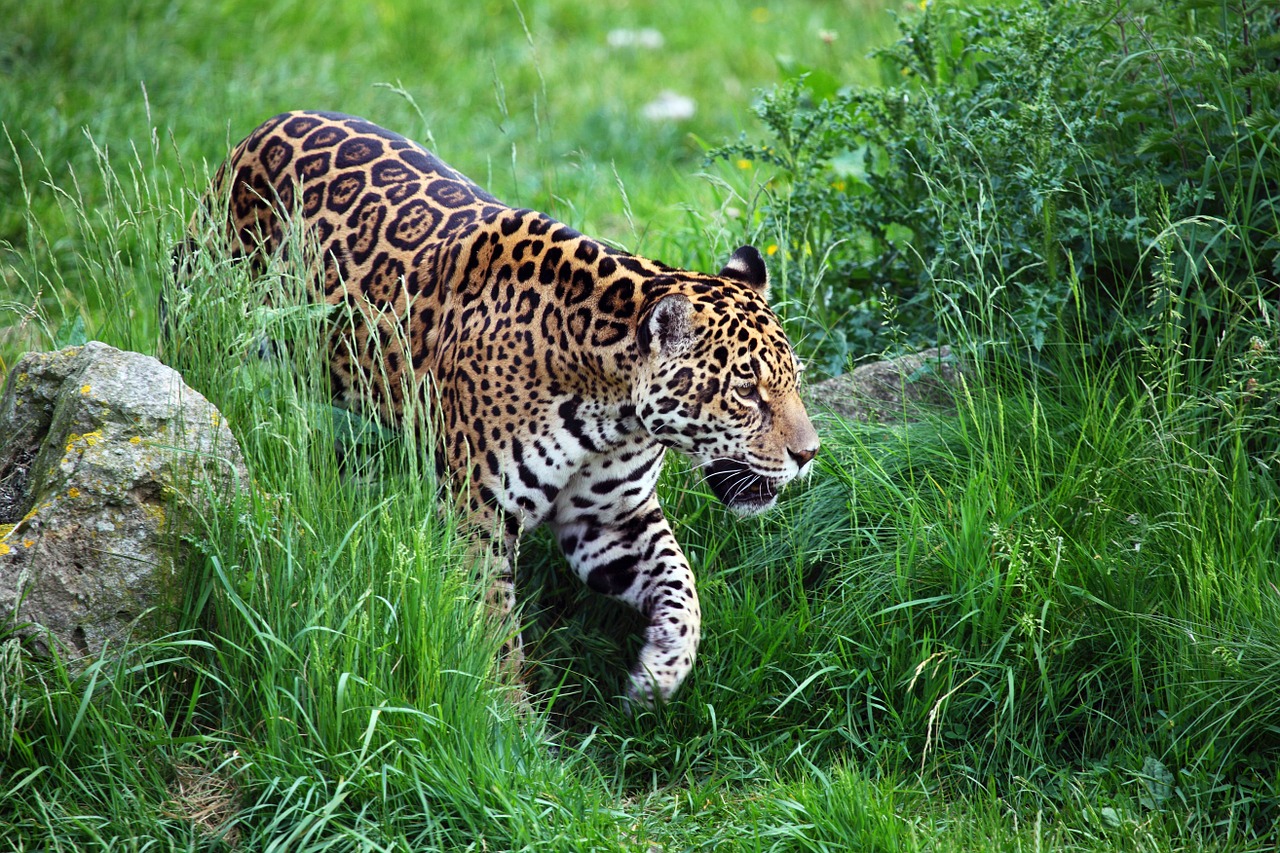 For decades, perhaps even centuries, humans have contributed to the decline of our planet’s species. We’ve cleared natural habitats for the sake of development and agriculture, destroying vital ecosystems in the process. Legal hunting, poaching, and the illegal wildlife trade have also had a devastating impact on animal and plant species, pushing them into endangerment and eventual extinction, which is happening at a rate 1,000 times faster than it should due to our actions.

Countless species are already struggling to survive, and now one that has been endangered in the U.S. for over three decades — the jaguar — is facing the possibility of a 2,000-mile barrier that could have a devastating impact on a species as a whole. With a nearly nonexistent population in the U.S. and a struggling population in Mexico, the jaguar is already paying the price for decades of human interference.

Jaguars can be found in Mexico and Central America, as well as South America’s tropical rainforests. Jaguars also lived in Arizona and New Mexico until hunting and habitat loss thinned out the population. Once seen as a threat to livestock, hunters often killed jaguars to protect their herds. In 1963, the last female jaguar in the U.S was shot by a hunter, and in 1969, Arizona made jaguar hunting illegal.

Until recently, there was only one wild jaguar in the United States. He was given the nickname El Jefe (“the boss” in Spanish) by local school children and lives in the Santa Rita Mountains near Tucson, Arizona. Trail cameras have captured his image numerous times, and he was captured on video for the first time in 2016. A second jaguar, which is presumed to be male, has also been spotted in Arizona, this time in Arizona’s Huachuca Mountains. Little is known about the second jaguar, but to conservationists, it’s proof that the species is still moving freely between Mexico and the U.S.

The presence of a second jaguar brings hope, but for a struggling species, the ability to migrate between the U.S. and Mexico is critical, especially since the only known female jaguars are located in Mexico. Closing part of the Jaguar’s habitat with a wall eliminates any chance of the two male jaguars in Arizona finding a mate, meaning the jaguar population in the U.S. could soon be gone forever.

The Impact of a Wall on the Jaguar’s Habitat

Animals travel over large areas for a reason, whether it’s to hunt, establish a territory or find a mate. Jaguars are a species that once roamed freely through a vast area covering Argentina, Central America, Mexico, and then into the U.S. until early settlers drove them out of their habitats.

Panthera, an organization working to protect big cats, said in a recent statement that the wall “would disturb the natural movement and dispersal patterns of wildlife, including cougars, ocelots and jaguars, between Mexico and the United States.” The construction of a full wall along the U.S.-Mexico border fragments natural habitats, literally cutting wildlife off from areas they would typically roam. This affects not only their territory and mating but increases competition with other species over prey.

The U.S. Fish and Wildlife published an informational report depicting how a border wall dividing the U.S. and Mexico will fragment wildlife refuges and other critical habitats. This has an impact on not only jaguars but over 100 endangered and threatened species, including mammals, plants, crustaceans, fish, reptiles, snails, and clams — plus over 100 species of migratory birds.

How Existing Border Walls are Causing Issues for Wildlife

Border barriers in other countries are proving to be problematic for wildlife populations. A fence made of barbed and razor wire was constructed in Slovenia to prevent refugees from crossing its border, affecting an area that serves as a migration path for wildlife. Many animals are still attempting to migrate across the area, even with the fence present. Sadly, they are becoming entangled in the wire, which often results in severe injury, or death from blood loss.

There are also issues with walls and fences that have already constructed along across 600 scattered miles of the U.S.-Mexico border, blocking approximately 49 species from accessing part of their natural habitat, placing species in danger and resulting in off-balance or destroyed ecosystems.

When humans make drastic changes to natural landscape, it affects not just specific animals, but entire ecosystems. Maintaining habitats, as well as their connectivity, is critical because when one species suffers, all species suffer. And while we can’t control everything that happens, we can use our voice to educate others and be a voice for those who can’t speak for themselves. You can also help by  supporting organizations dedicated to making sure species and habitats are protected.