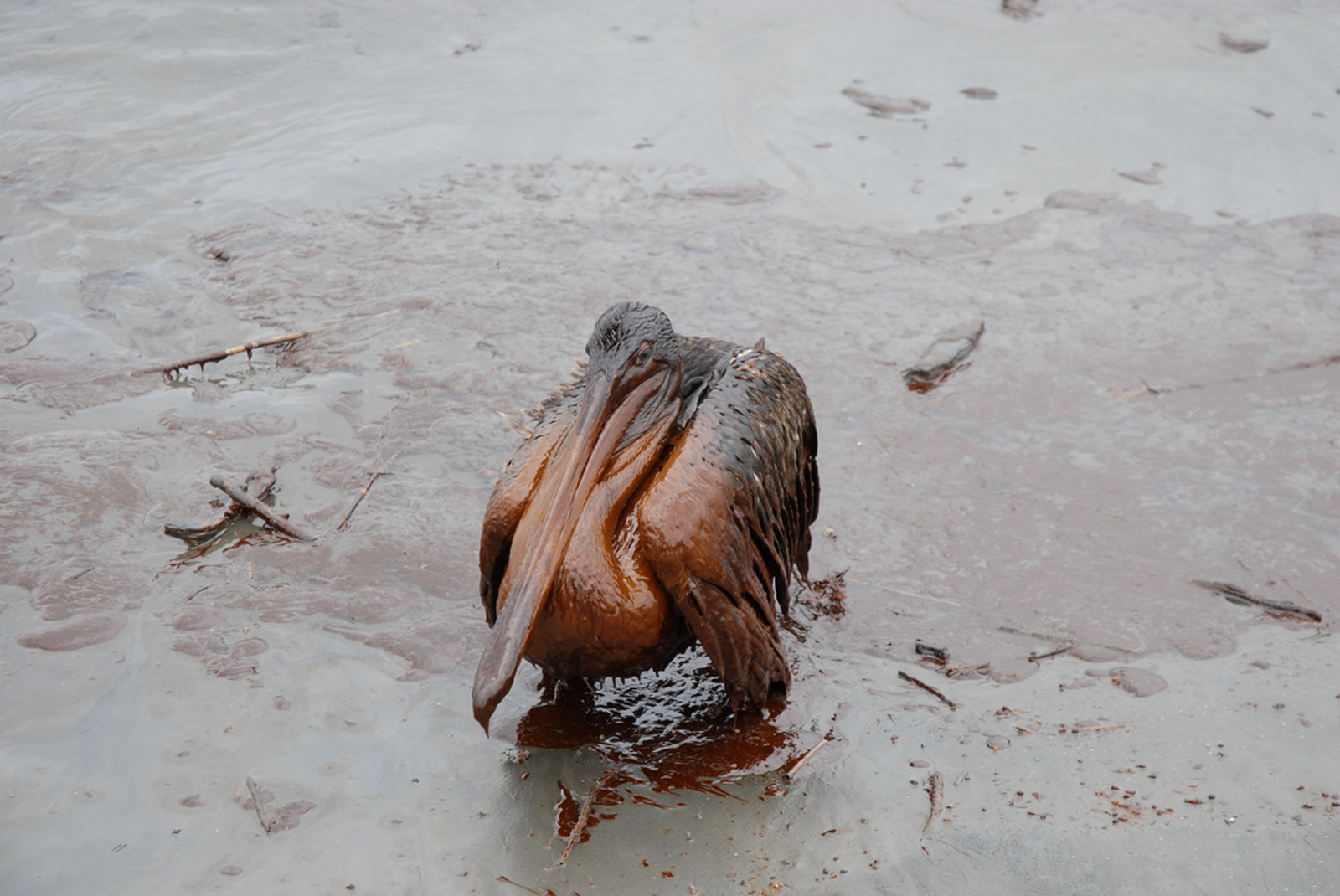 When the Deepwater Horizon oil rig exploded on April 20, 2010, killing eleven men and spilling millions of gallons of oil until it was capped on July 15, 2010, everyone was glued to the TV. People couldn’t stop talking about the explosion and its impacts on the environment and the animals who lived there. As time passed, however, people assumed that the danger had passed and things were going back to normal; they did not realize the negative impacts on the wildlife as a result of the spill had only just begun.

During the six months following the spill alone, 8,000 birds, sea turtles and other marine mammals were killed, injured, or otherwise negatively impacted. The images of oil coated birds and turtles immediately following the explosion were powerful, but wildlife are still suffering and oil continues to pollute the Gulf floor even though the surface appears clean. Like an iceberg, the real danger is in what you can’t easily see.

While the oil spill was bad enough, the clean up efforts actually did the opposite of clearing up the situation. One particular oil dispersant used to contain the spill is Corexit 9500; the 1.84 million gallons of dispersant used across 305 square miles likely damaged the gills of marine life, specifically zebrafish and blue crabs. It leads to swelling and fluid development, which ultimately blocks animals’ air passages. Conservationists have been particularly concerned about its use since it is only marginally helpful and there are less toxic alternatives. It seems to be a case of two wrongs don’t make a right, or in this case a clean ocean.

Impacted on the Ecosystem

There are too many types of wildlife impacted by the lingering effects of the Deepwater Horizon oil spill to go into detail about each one. After all, there are more than 15,000 species in the Gulf of Mexico, most of which probably were negatively impacted in some way by oil pouring into their home.

In 2014 for example, dolphins were found dead at four times the normal rate on the Louisiana coast; these deaths were likely connected to the oil spill. Oil exposure in general is causing abnormal development in fish, as well as overall population and spawning decline. This damage may well continue for decades to come.

A specific example of an impacted animal that illustrates the lingering impacts of the oil spill is Kemp’s Ridley Sea Turtles. These turtles are the smallest sea turtle in the world, and most of them reside in the Gulf. They almost went extinct in the 1970s and are in danger once again thanks to a man-made disaster. Following the spill, many of them were found dead or stranded, and their nest numbers have been declining, meaning there are less of them.

There are innumerable other negative health impacts that animals in this ecosystem are experiencing as well. Bluefin Tuna, which are already facing enough problems, are having heart problems that can lead to heart attacks and death. Blue Crabs’ offshore larval grounds were impacted by the oil and this has led to a decline in their population. One thousand Bottlenose Dolphins were found dead after the spill and the current population is suffering from usually high instances of hormonal imbalances, pneumonia and liver disease. There seems to be a trend here, and it’s not a positive one. Other animals impacted include oysters, the laughing gull, loggerhead sea turtles, mahi-mahi, red snapper, seaside sparrow, sperm whale, spotted seatrout, and the white pelican.

When even one animal in this delicate ecosystem is negatively impacted by oil spill it throws the entire balance off. We are only just now noticing these sharp declines in species five years after the spill, we can only guess what these numbers will look like within the next decade – unfortunately, we don’t anticipate it will be positive.

Hopefully by now you’re wondering what you can do to help. Immediately after the oil spill there were many volunteer opportunities to help clean up, but these opportunities are not as plentiful now that much of the surface work has been completed. There is still a lot to be done, though. One option is to contact your local and national representatives to encourage them to hold those responsible accountable and force them to pay for what they’ve done both legally and financially.

Advocacy is really the biggest way to make a significant impact now.

Other options for those in the Gulf area can be found through organizations such as The National Wildlife Federation. This organization is utilizing volunteers to monitor the coast as well as complete restoration projects for the environment. Whatever your skill set, location or resources are, there is an option for you to help and remind people that these animals and their ecosystem still need assistance.