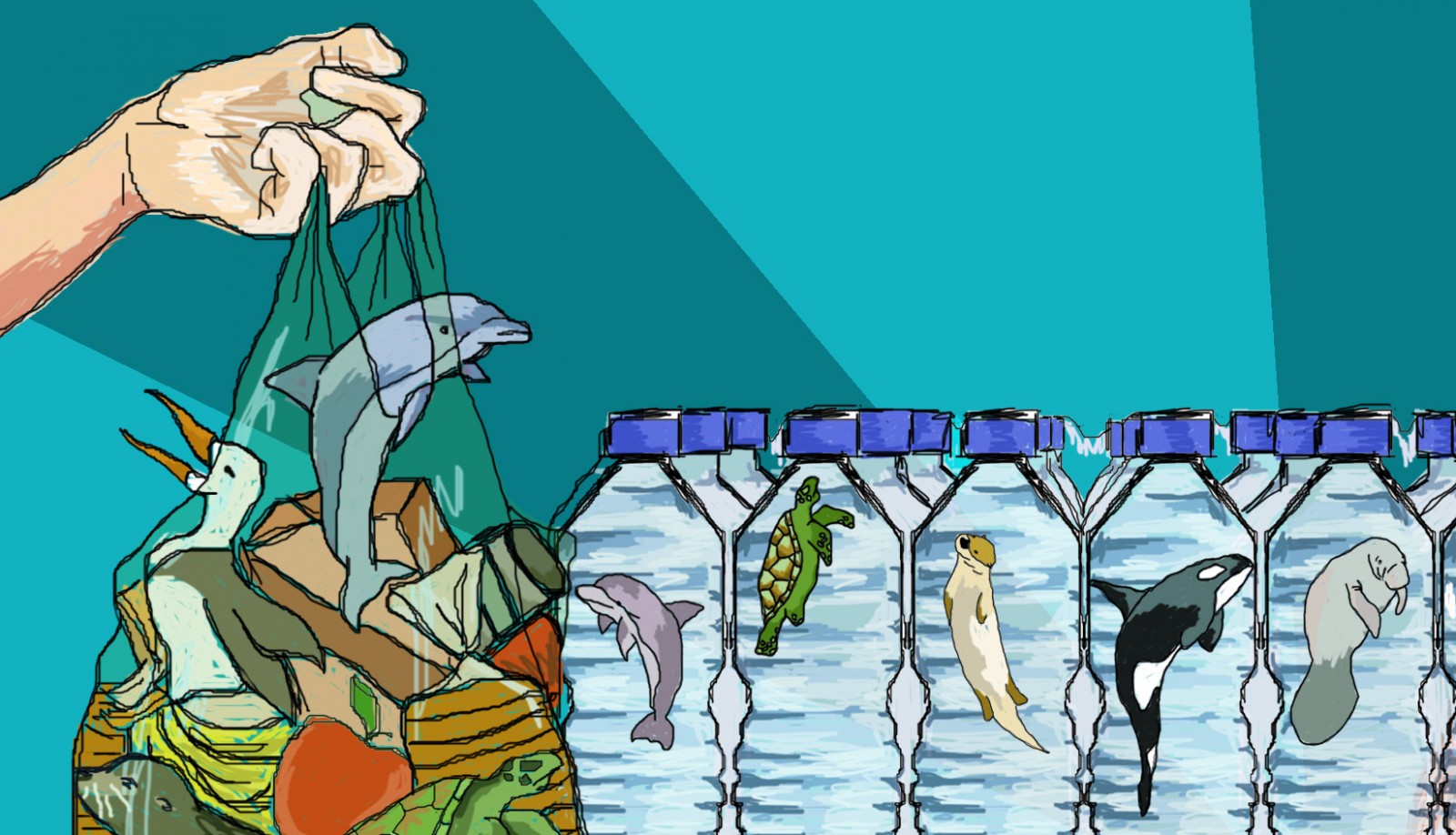 Thanks to its relatively low price, versatility, and durability, plastic has become ubiquitous in modern society. Plastic can be found nearly everywhere, from packaging at the grocery store to spaceships built by NASA. The problem, however, is that plastic never really goes away and we’re producing far too much of it. In the first 10 years of this century alone, the amount of plastic manufactured exceeded the total produced in the entire last century. This dependence on plastic, coupled with our tendency to overconsume and create waste with little regard to its downstream impacts has resulted in an enormous environmental problem.

As much as 80 percent of the trash that ends up in the oceans comes from land-based sources and nearly 90 percent of that is plastic. This totals out to 8.8 million tons of plastic that make its way from land to the oceans every single year. 700 marine species are faced with extinction due to the threat that plastic poses to them in the form of entanglement, pollution, and ingestion. And a disturbing new study found that by 2050, there will be more plastic in our oceans than fish.

It’s time we stop and ask ourselves …  is it worth risking the lives of marine species, the health of the oceans and our own future in the name of convenience? While efforts are being made to remove debris from the oceans, improve recycling systems and innovate barriers to prevent plastic from getting into waterways, we can all play a role in cutting down on the amount of plastic pollution that finds its way into the ocean. By taking steps to minimize everyday plastics in our lives, we can crush plastic at the source and give marine life a fighting chance.

With this in mind, we are excited to announce the launch of One Green Planet’s #CrushPlastic campaign! We’ve developed a series of stunning images designed to make the connection between the plastic products we use every day and the marine animals that are impacted. We’ve also amassed an archive of articles that cover everything from the facts on how plastic is changing our marine ecosystem to useful tips and tricks to cut personal plastic use.

These stunning graphics below reveal how marine animals are paying the unfortunate cost of the everyday conveniences that plastic brings to our daily lives. 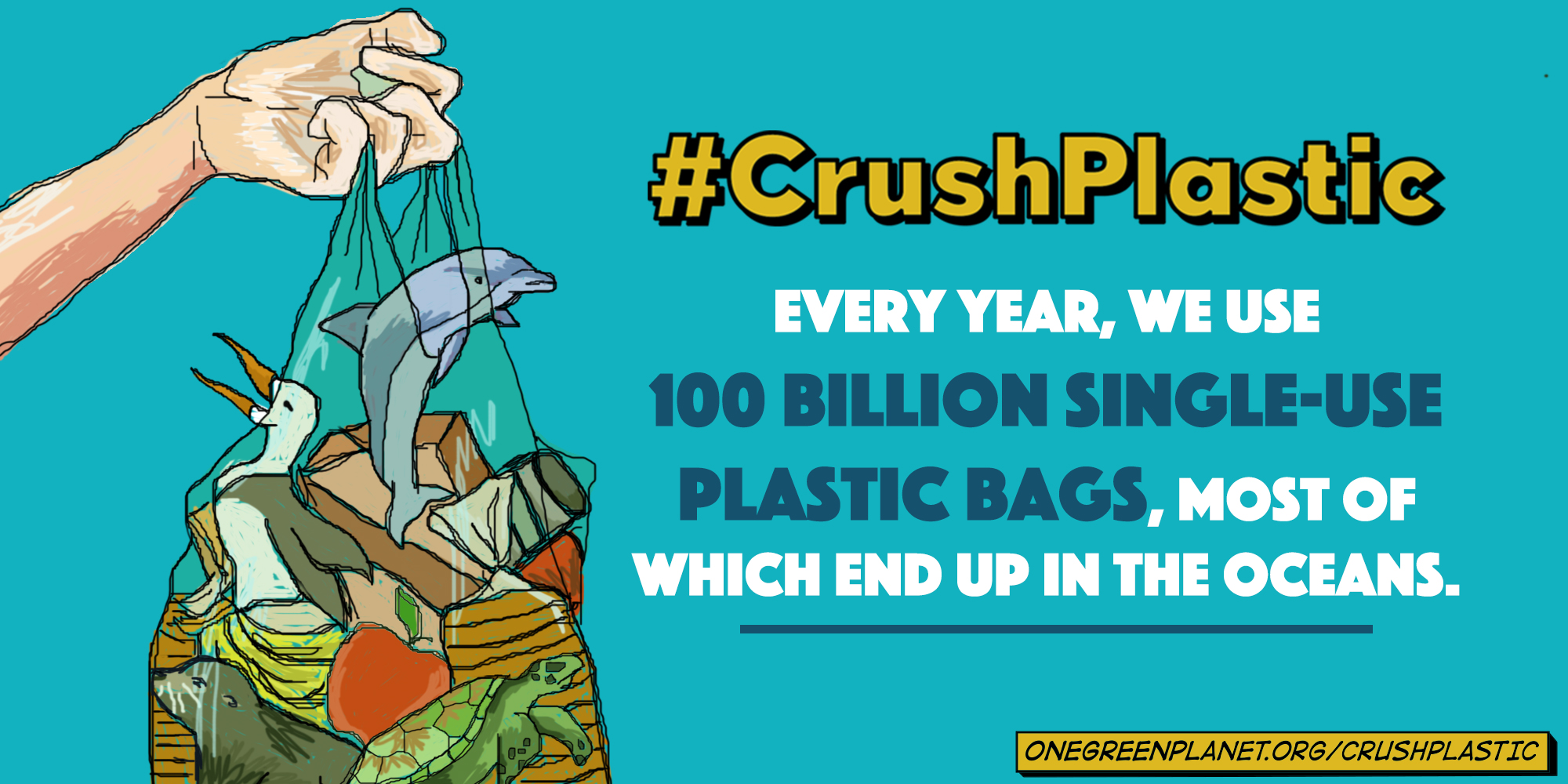 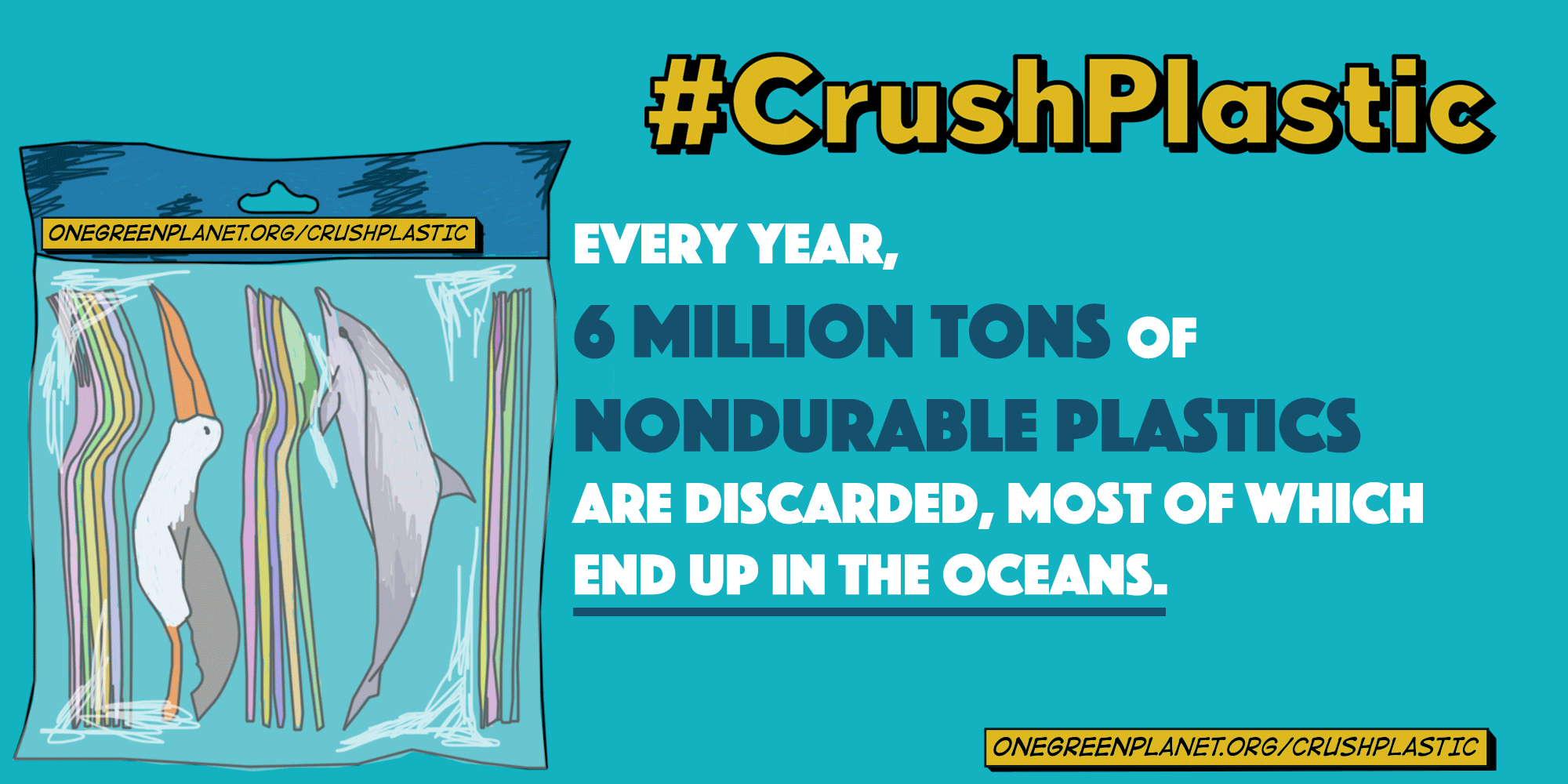 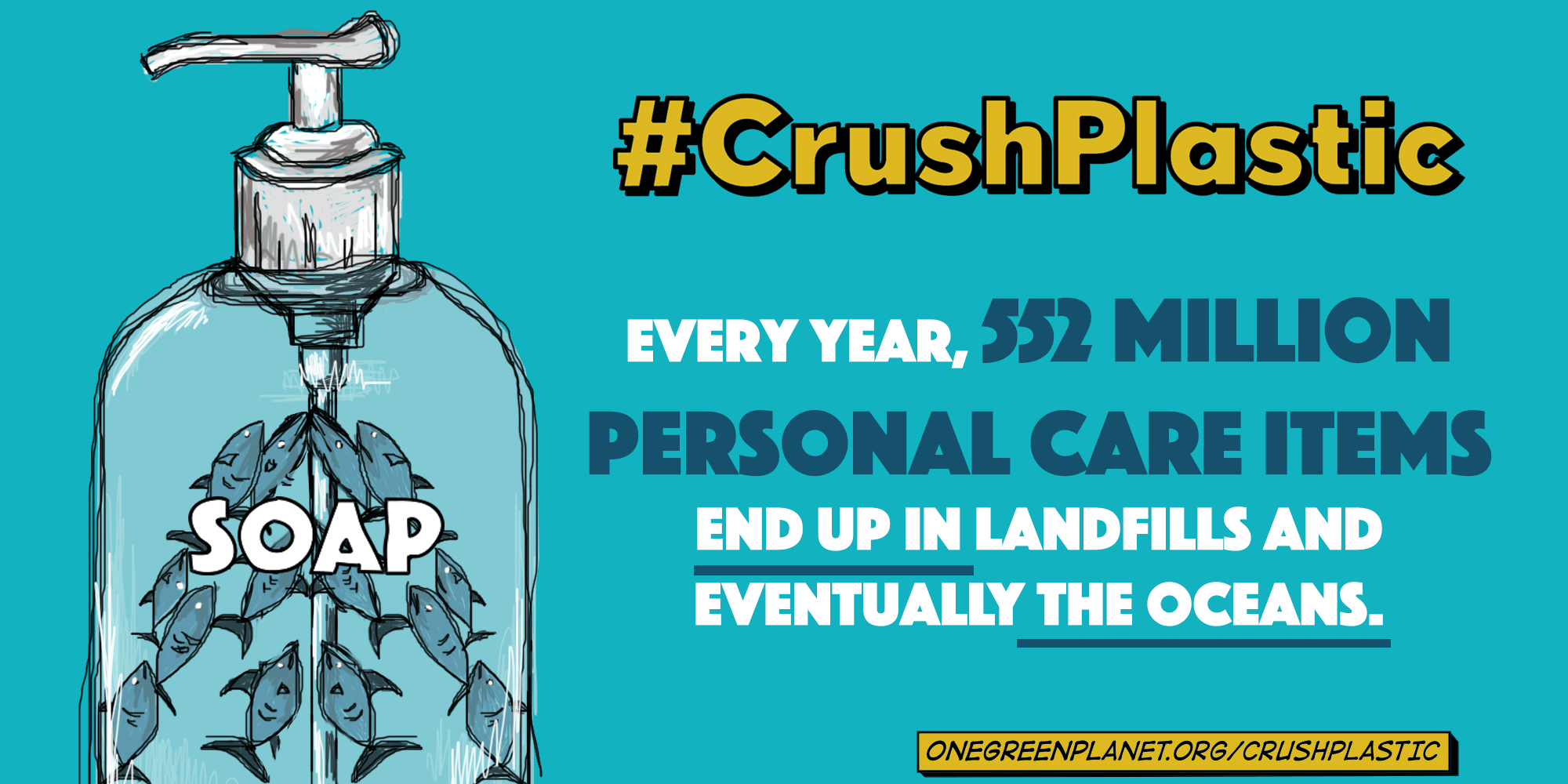 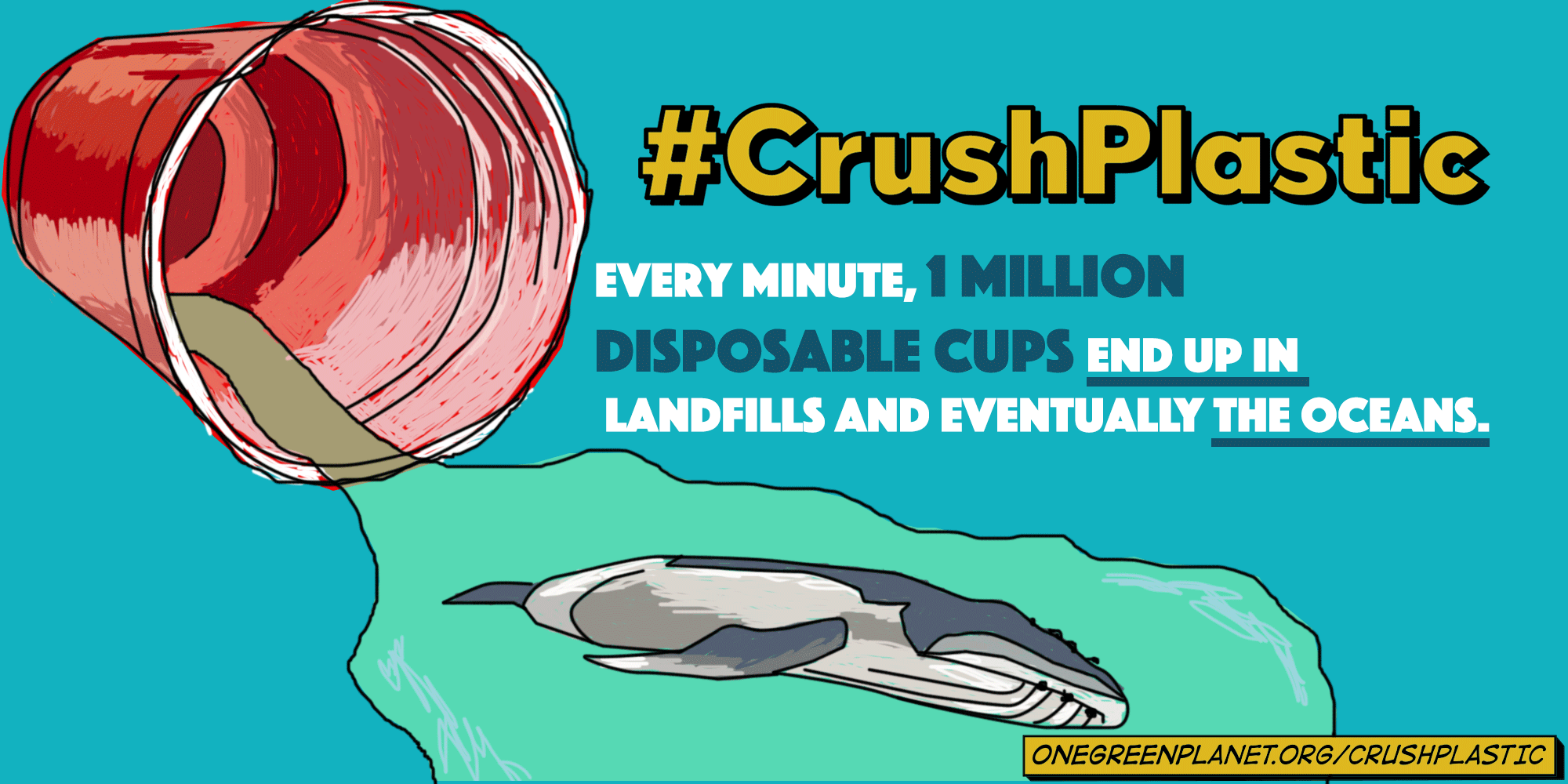 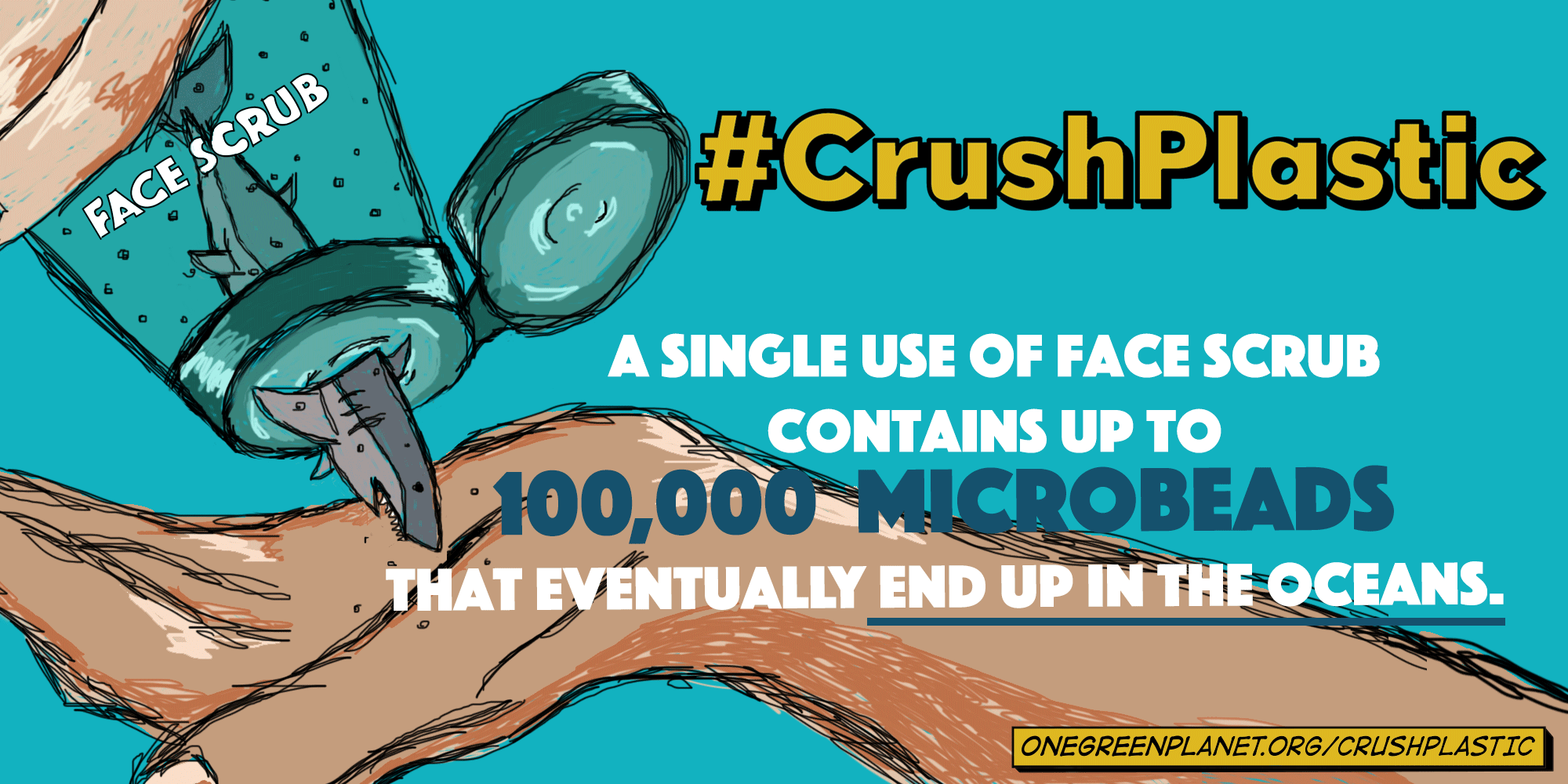 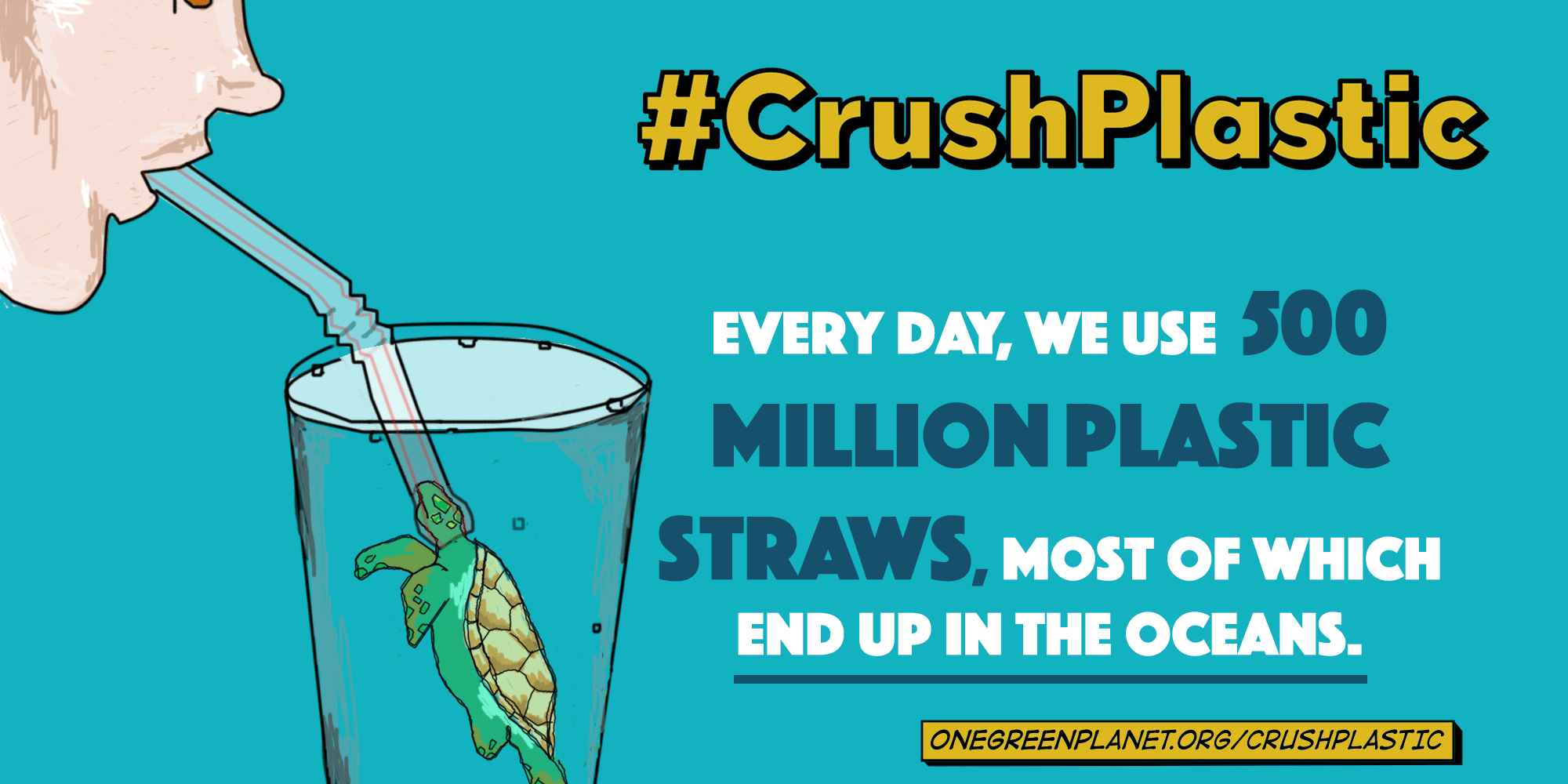 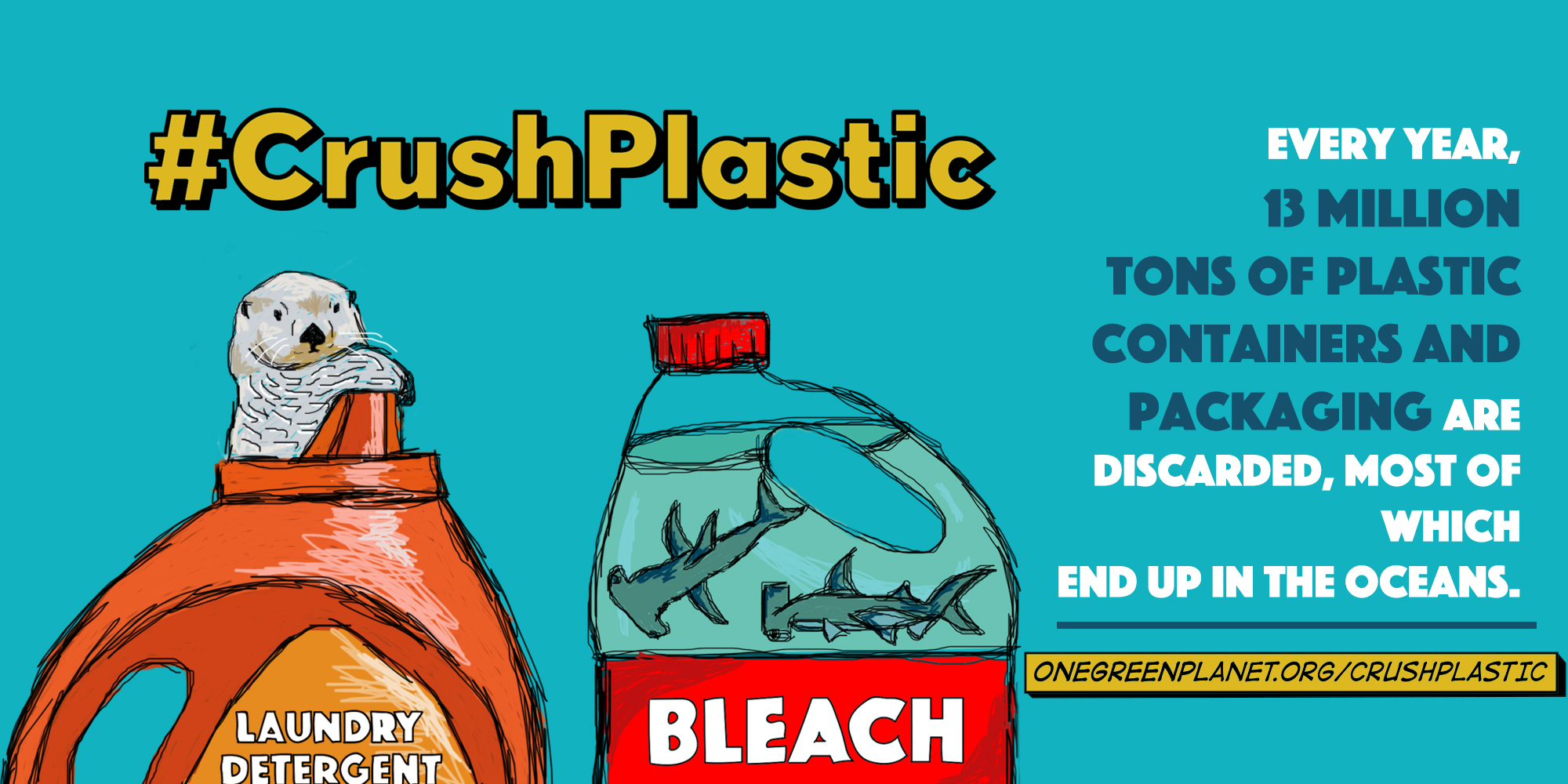 Plastic is ubiquitous in modern society and seemingly unavoidable. But is it worth risking the lives of marine species, the health of the oceans and our own future in the name of convenience? While efforts are being made to remove debris from the oceans, improve recycling systems and innovate barriers to prevent plastic from getting into waterways, we can all take action now.

By taking baby steps to minimize hidden plastics in our lives, we can crush plastic at its source and help the world take a giant collective leap into a better future.

Let’s #CrushPlastic Click the image below for more information: