Looking Back at Standing Rock: How Likely Are Oil Spills To Occur? And What Happens if They Do 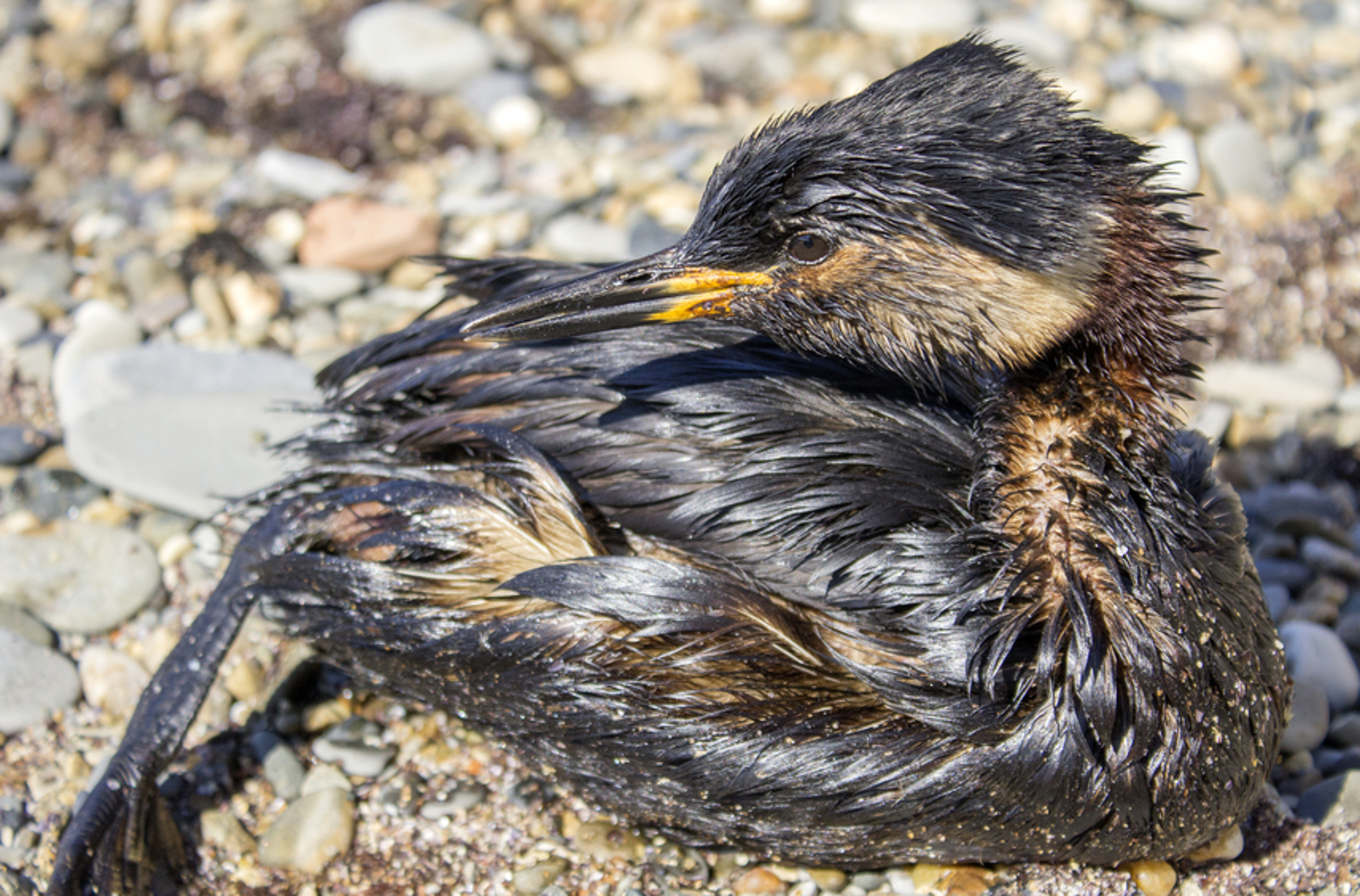 The Standing Rock protests, which lasted for nearly a year, have come to an end. For months, members of the Sioux Tribe, along with protestors from around the country, held firm in a small encampment off the banks of the Missouri River, where they had gathered to protest the completion of the Dakota Access Pipeline (DAPL). At its peak, 10,000 people had gathered at the site in a show of solidarity, backed by 200 Native American tribes. Just north of the Sioux reservation lay burial grounds sacred to the tribe, which occupies land they claim was illegally sequestered in an 1886 treaty.

Driven by concerns that the pipeline might burst and contaminate local waters downstream, adjacent to the Standing Rock reservation, as well as pollute sacred sites to the North, the Sioux decried the pipeline’s construction, which had been undertaken without their consultation, technically illegal under U.S. law. Their numbers swelled throughout the summer, but as winter approached, conditions became dire. Despite a halt to the construction given by the Obama administration in September of 2016, the situation remained tense. Private security pepper-sprayed and allowed dogs to attack protestors, and several waves of arrests were made by local authorities. Enforcements were sent in to bolster the ranks of police on site, equipped with riot gear, military grade vehicles, pepper spray, beanbag bullets, and stinger balls.

Then, on the night of November 20, as protestors attempted to remove two trucks forming a barricade on a bridge, police responded by deploying tear gas, a hail of rubber pellets, and unleashing a water cannon on protestors in temperatures that dropped to well below freezing. Infuriated by the violence, 2,000 U.S. veterans pledged to travel to Standing Rock in order to offer their support and to act as human shields to ensure the safety of Sioux Tribe members and other protestors. Then, two weeks after the night of violence, the Army Corp of Engineers officially denied the final easement to Dakota Access, LLC, which, if given, would have allowed for the final completion of the pipeline. This was the major victory that protestors had been fighting for. Their work done, people left the camp in droves until only a few remained. Within days of President Trump’s election, however, executive orders were given to revive both the DAPL and the previously stalled Keystone Pipeline, effectively overturning everything that had been accomplished.

Their numbers dwindled, the Sioux Council willingly passed a resolution to close down the protest camps, not only due to eminent flooding now that the winter snows were beginning to melt, but also due to the burden the large influx of people had on nearby reservation towns. But the final order of eviction came from the Army Corp of Engineers, who gave the remaining protestors until February 22 of 2017 to leave; ten people were later arrested for failure to do so, marking the end and ultimate defeat of the protests that had taken place there.

With the completion of the Dakota Access Pipeline and the Keystone Pipeline now eminent, what do we potentially have to lose?

How Common Are Oil Spills?

The day after Trump signed executive orders to revive the Keystone Pipeline and expedite the completion of the Dakota Access Pipeline, the very thing protestors had feared occurred in a small town in rural Iowa, where a pipeline carrying diesel fuel burst and began leaking onto farmland.

Though the pipe was only 12 inches in diameter, the contents of these pipes are under pressure, meaning that massive amounts of oil can spill out into the environment in a very short amount of time. This particular spill leaked upwards of 138,000 gallons of oil into the surrounding area. Nor was this an isolated event; the company that owns the pipeline, Magellan, has had several similar incidents in the last seven years alone.

In October of 2016, a Magellan pipeline transporting ammonia burst, killing one person and causing 23 households to be evacuated. In 2010, Magellan was required to pay $46,200 in reparations for a 5,000 gallon diesel spill that had leaked into a nearby stream, violating the Clean Water Act (a recent provision to the Clean Water Act is currently being attacked by the Trump administration). They were fined another $418,000 the same year for another oil spill in Oklahoma. 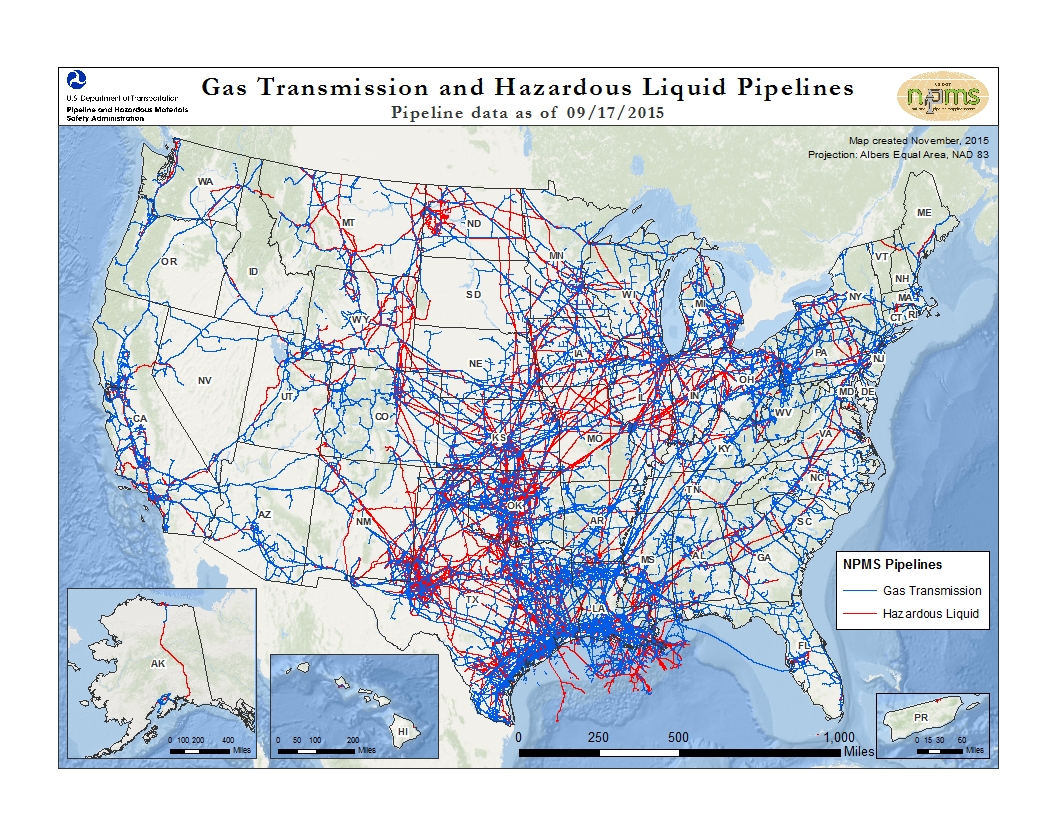 What Happens to the Oil That Remains in the Environment?

Crude oil spills are toxic to several types of living organisms, and while oils spills in marine and aquatic ecosystems cause the most damage, they can have severe deleterious effects on land as well. Contact with oil can negatively impact the degree to which mammals can insulate themselves, leading to hypothermia and death. Even a slight amount of oil on a bird’s feathers is enough to cause death as well. Several types of adverse effects can by caused by inhalation of fumes by animals, such as damage to the liver and lungs as well as the central nervous system. If an oil spill makes its way into a nearby body of water, such as a lake or river, it can cause massive die offs and pollute the drinking water of nearby residents.

Oil spills also pose a threat to endangered species, such as the whooping crane, whose wintering habitat was compromised in 2014 due to an oil spill in Galveston Bay. The Center for Biological Diversity estimates that 12 endangered species will be threatened by the Keystone Pipeline alone, including the American burying beetle, interior least terns, northern swift foxes, and pallid sturgeons.

With the Dakota Access Pipeline slated to be up and ready for operation by April 1, it’s likely that the NODAPL protests have come to an end. But what the Sioux Tribe and other protestors accomplished was no small feat; by standing up for the environment and the rights of Native people, a disparate group of protestors made their voice heard and got the federal government to halt the completion of the pipeline along its scheduled path.

Even though that decision has been overturned, it brought national awareness to the issue and a momentum that can be used to fight against future projects. As the new head of the EPA begins to dismantle existing regulations put in place to protect the environment, the most helpful thing everyone can do is raise their voice. Contact your representatives to voice your concerns and vote in state, local, and federal elections.