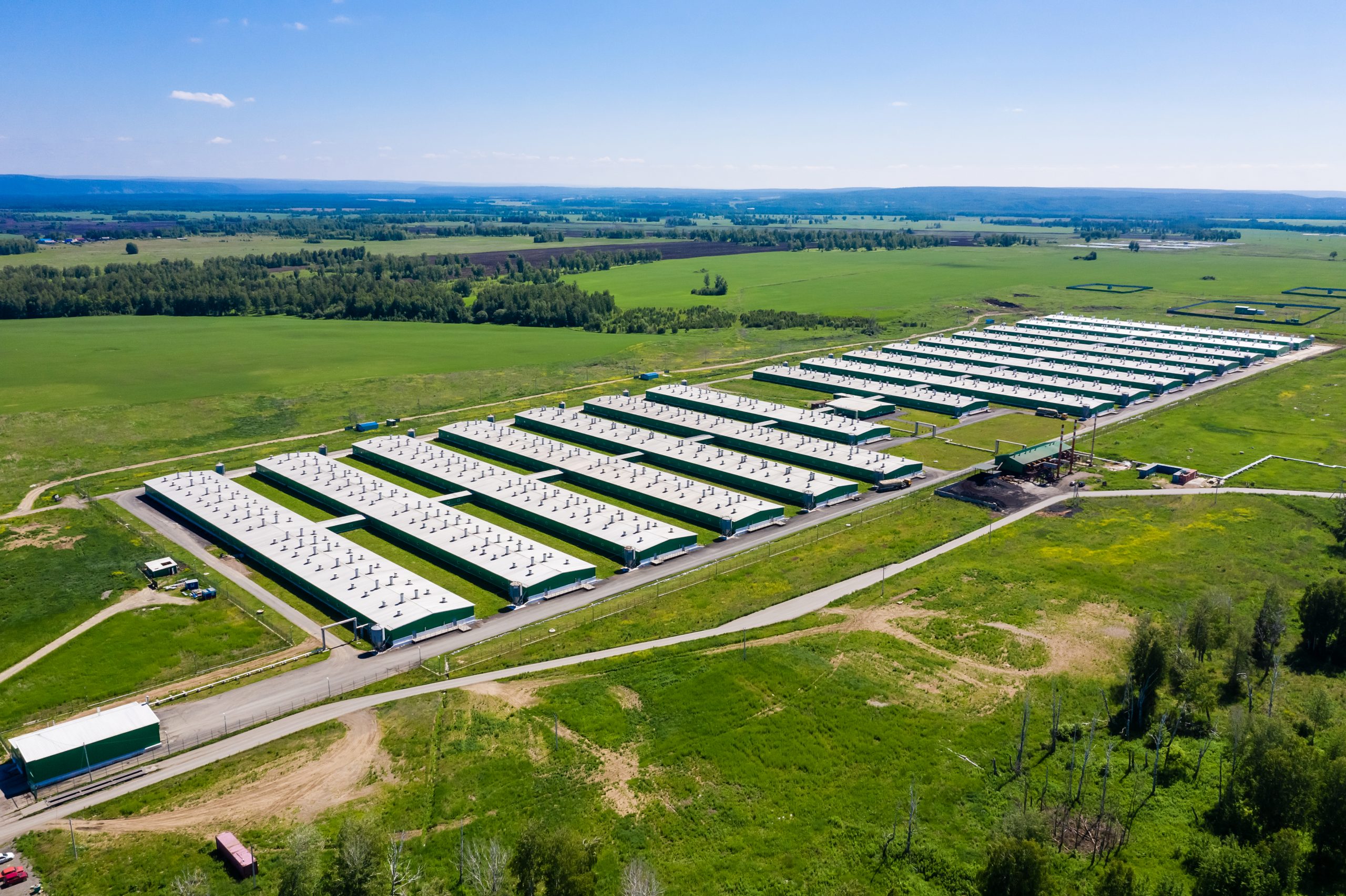 Imagine for a second, you’re driving through the rolling green pastures of central Pennsylvania. Surrounded by wide open fields and mountains in the distance, you are taken in by the immense natural beauty. Then it hits you. Like a thick wall of putrid bricks: the smell of manure. Next thing you know, you’re gasping for air and high-tailing your way out of this place.

We all know this experience and surely, by now, we have all come to terms with the fact that shit literally happens when you’re in the middle of farm country. But something we haven’t all quite grasped yet is the real impact that all of these smelly farms are having on our air quality.

Around 99 percent of all farm animals are raised in one of the 20,000 factory farms in the U.S. Concentrating millions of animals onto factory farms has a number of negative effects. Crowded by the thousand into small sheds and stalls, these animals know nothing but fear and stress during their severely shortened lives. Starting with animal cruelty, the harmful repercussions of factory farms radiate to the surrounding environment.

Livestock in the U.S. produces 335 million tons of excrement every year. This is way more waste than factory farms could ever redistribute as fertilizer, so the majority of waste is left to fester in massive, open-air waste lagoons. In effect, this waste is a pollutant, not a productive farming tool as some might believe. When you’re driving through the countryside and smell manure, it is likely coming from one of these lagoons, but the smell is really the least of our worries.

The mountains of manure from factory farms can release around 400 different harmful gases into the atmosphere. Some of these gases include nitrous oxide, methane, carbon dioxide, ammonia, and hydrogen sulfide. Because animals are kept by the thousand, the concentration of these gases can be extremely dangerous to the local community. Many of these gases are also potent greenhouse gases that contribute to environmental damage and climate change.

If you have ever used products containing ammonia, you know how overwhelming the smell can be. For this reason, opening windows and ensuring proper ventilation are always recommending when using anything ammonia-based. But when thousands of tons of ammonia are being released directly into the outdoor air, how is one supposed to escape the irritating effects of this gas?

The sad answer is, you can’t. This is what it is like to live factory farm adjacent.

Around 80 percent of ammonia emissions in the U.S. come from farm animal waste and this noxious gas can cause a variety of harmful health effects, including dizziness, eye irritation, respiratory illness, and nausea.

In addition to ammonia, factory farm waste releases dangerous levels of hydrogen sulfide. Exposure to this gas, even in small doses can cause sore throats, but more troublingly, seizures, comas, and even death.

While adults are highly susceptible to these gases, according to the Center for Disease Control (CDC), children, who take in 20-50 percent more air, are at extreme risk. As a result, children raised in communities near factory farms are more likely to develop asthma or bronchitis. Low air quality can exacerbate asthma symptoms, making living near these farms even more dangerous.

The CDC also states that mental health deterioration and increased sensitization to smells can occur in people who live near factory farms.

Having to live with the smell and the harmful gases released by farm waste can ruin people’s health and their entire lives. But sadly, many communities located near factory farms fall below the poverty level, meaning people cannot afford to relocate – even if their family’s lives depend on it.

Factory farms emit greenhouse gases into the atmosphere just as readily as industrial smokestacks and tailpipes. Globally, 37 percent of methane emissions come from livestock production. Methane can trap up to 100 times more heat in the atmosphere than carbon dioxide over a five-year period. But methane is hardly the only damaging gas released by farm waste.

Topping out methane’s powerful global warming potential is nitrous oxide. This gas is about 296 times more potent than carbon dioxide. When nitrous oxide mixes with ammonia, it creates nitric acid, which causes acid rain. Acid rain not only causes statues to deteriorate, but it sucks minerals from the soil, destroys forest ecosystems, and can cause massive fish kills.

When factory farm waste decomposes, it releases airborne particulate matter along with harmful gases. These particulates can include dry manure, feathers, bits of feed, and animal dander. Inhaling larger particulates can cause respiratory irritation, bronchitis, a decline in lung function, and organic dust toxic syndrome. According to the CDC, smaller particulates can even be absorbed into the body, causing systematic effects including cardiac arrest. That’s some powerful dust.

Recent studies have also found that dry manure particulates can transfer antibiotic-resistant bacteria from feedlots to areas 10-30 yards away!

Factory farms only exist to meet high demands for meat, dairy, and eggs. When we lower demand for these products, factory farms begin to lose their value. Switching to a plant-based diet is a great way to achieve this, but even if you reduce your consumption of meat and other animal products, it will slowly make a difference.