How Do GMOs Impact People and the Environment – and Do They Produce More Food? 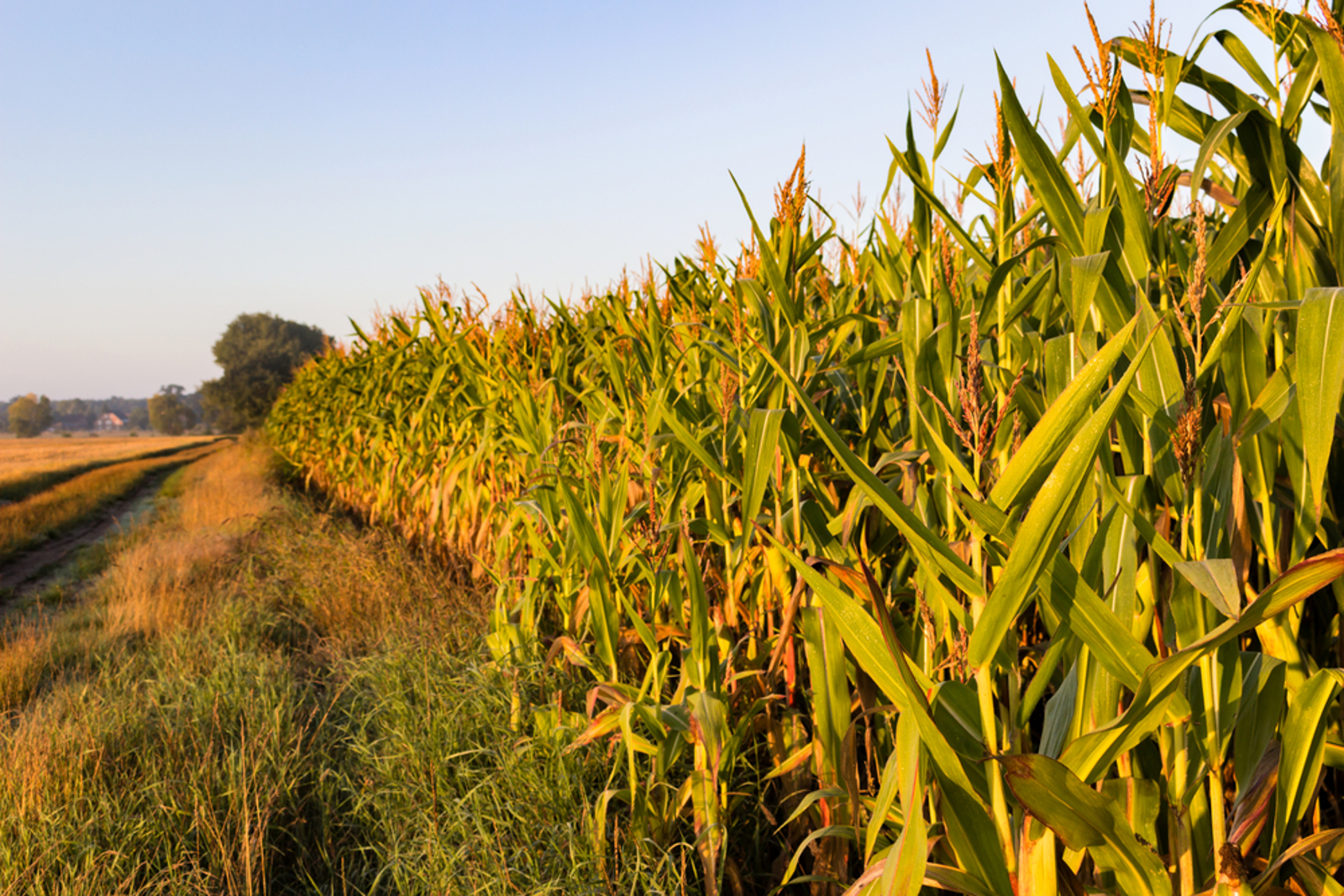 You might be wondering, what on earth is a GMO? Don’t worry, you’re not alone. Although conversations abound GMOs have increased significantly in the media, in the news and even the world of cinema through documentaries within the past decade, many people are still uncertain about what a GMO is and the ubiquitous role GMOs play in our world. And unless you live in one of the 60-plus countries around the world, (such as Japan, Australia, and all countries in the European Union) which have restrictions or outright bans on the production and sale of GMOs, you’ve probably eaten them.

What is a GMO?

GMO stands for “Genetically Modified Organism,” and the phrase refers to plants or animals that have been genetically engineered to produce a specific set of characteristics. This is not to be confused with traditional breeding practices, where different breeds of the same species are combined to produce favorable traits. With GMOs, DNA is taken from a completely different species (like a virus or fish) and inserted into a crop (like a carrot) to transfer genetic traits. These experimental combinations of genes do not occur in nature.

The majority of GMOs are engineered in a way that makes them tolerant to large applications of pesticides and herbicides, like Roundup, a chemical fertilizer created by the corporation Monsanto. Monsanto controls 80 percent of the genetically modified corn market and 93 percent of the genetically modified soy market. Roundup’s main ingredient is glyphosate, which was found by the World Health Organization to be a “probable human carcinogen” in May 2015. Where normal weeds would die when exposed to these harsh chemicals, GM corn is designed to survive when sprayed. GMO crops are also responsible for the emergence of “super weeds” and “super bugs” which can only be killed with ever more toxic poisons like 2,4-D (a major ingredient in Agent Orange). The farmers affected by resistant pests who must revert to older and more toxic chemicals must also garner more labor or more intensive tillage, which overshadow the promised benefits of GMO technology.

The Impact of GMOs on People and the Environment

In contrast to how the majority of people think, GMOs have actually caused the use of herbicides and pesticides to increase significantly, leaving more chemical residue on crops for consumers to ingest. The research around GMOs is conflicting; however, there is a growing body of evidence connecting GMOs with environmental damage,  health issues, and even violations of consumers’ and farmers’ rights. Autism, gluten intolerance, birth defects, and many more startling health issues are all linked back to Monsanto’s Round Up. To view a comprehensive list of health issues related to glyphosate (Round Up) explained, follow this link.

While many farmers say they are pleased with GMO varieties, many others are disappointed, finding mixed results or facing new problems in the extremely concentrated and corporate-dominated seed sector.

These problematic trends affect all farmers, whether they plant GMO seeds or not.

Even if a farmer does not use GMO crops, the risk of cross-contamination with GMO seeds is common. According to the International Journal of Food Contamination, almost 400 cases of GMO contamination occurred between 1997 and 2013 in 63 countries.  For farmers, the consequences have been severe. Contamination can be a catalyst for dramatic economic losses for farmers who face rejection from export markets that ban GMOs. Organic farmers suffering contamination can lose their organic certification and the premium they earn for their organic crop. As consumer demand for non-GMO products expands, farmers are looking for opportunities to diversify into non-GMO markets that pay higher prices. However, the inability of companies to properly separate GMOs from conventional varieties continues to threaten these options for farmers.

The long-term health effects of GMOs on both the planet and people are unknown. In addition, nearly all studies that claim to be safe are funded by the very biotechnology corporations that profit from GMO sales.

The biotech industry views GM crops as a benefit to our world because they allow farmers to generate higher crop yields with fewer inputs. Monsanto and its peers have thereby flooded the seed markets with genetically modified soybean, corn, and cotton seeds with two major traits: pesticide expression and herbicide resistance. So what does this mean? Basically, plants now have the ability to survive with harmful bug killers and herbicides with the toxic trait of Bacillus thuringiensis, or Bt. Bt is related to a species of bacteria that causes food poisoning and also the bacterium that causes anthrax. Bt kills only very specific species of insects. Many organic farmers have used Bt for over 50 years as a pesticide to control insects. Now, genes from Bt are used to modify plants so that the plants produce the Bt toxins and kill insects that try to eat them without the use of external spraying.

Researcher Charles Benbrook at Washington State University demonstrated that the increase of GMOs in the United States has led to an increase in the use of toxic chemical inputs. Benbrook discovered that while the Bt trait has allowed farmers to spray dramatically lower levels of insecticides, that effect has been more than outweighed by the influx of herbicides released by Monsanto’s Roundup Ready technology, as weeds have quickly adapted resistance to frequent doses of Monsanto’s Roundup herbicide.

Do They Yield More Food?

So now the big question, do GMOs yield more food? A recently released paper by University of Wisconsin researchers and funded by the U.S. Department of Agriculture has negated the argument that GMO farming yields more food. The researchers looked at data from the University of Wisconsin’s test plots that compared crop yields from various varieties of hybrid corn, some genetically modified and some not, between 1990 and 2010. Even though some genetically modified varieties yielded small gains, others did not. Many even showed lower yields than non-genetically modified counterparts. The report concluded that it was surprising not to find strongly positive transgenic yield effects. Both the Bt trait for corn rootworm and glyphosate-tolerant (also known as Roundup Ready) caused yields to drop.

In addition, the report uncovers evidence of what is known as “yield drag” — the idea that manipulating the genome of a plant variety causes unintended changes in the way it grows, causing it to be less productive.

More encouragingly, the authors found that crop yields for GMO varieties are more stable year-to-year, and the yield fluctuation rate is less than those of conventional varieties. As a result of this stabilizing effect, the authors conclude that transgenic technology can improve farmers’ ability to deal with a risky environment, especially considering current concerns about the effects of climate change on production uncertainty in agriculture. They claim that by simply planting Bt or Roundup Ready crops, farmers face less risk from yield fluctuations.

However true this may be, it is far from generating higher crop yields with fewer inputs. It is also not clear if GMO seeds have advantages over conventional seeds when it comes to risk mitigation surpass the benefits offered by organic agriculture in this area. Therefore, deep research is needed to explore the new ingredients of organic manure for increasing the yield and other nutritional requirements of the food grains. In recent years there is a lot of debate on whether to go for organic farming or conventional farming or adopt genetically modified crops for higher yield. Human health and environmental safety are the major concerns of the GM technology, and in the absence of assurance by the proponents, many have deemed organic farming superior for its higher yields as compared to conventional farming.

There is another issue with consistent crop yields — monocultures. Monocultures ultimately deplete the soil and create the need for more fertilizers and chemicals to stabilize crops. If farmers used old farming methods – like crop rotation and permaculture that fostered a more healthy and sustainable environment for crops, there would be less need for all these chemicals.

Tips on a GMO-Free Diet

Despite the ever-presence of GMOs in our food system, there are steps you can take to transform your world into a GMO-free one.

To learn more tips on how to avoid GMOs, click here. Keep in mind that you deserve the right to know what is in your food. Until we live in a world where all countries – not just 60-plus countries – have restrictions or bans on the production and sale of GMOs, you can vote with your dollar by simply not supporting the industry.