Consuming 2 lbs of Grass-Fed Beef Protein is Worse for the Planet Than Flying From NYC to London! 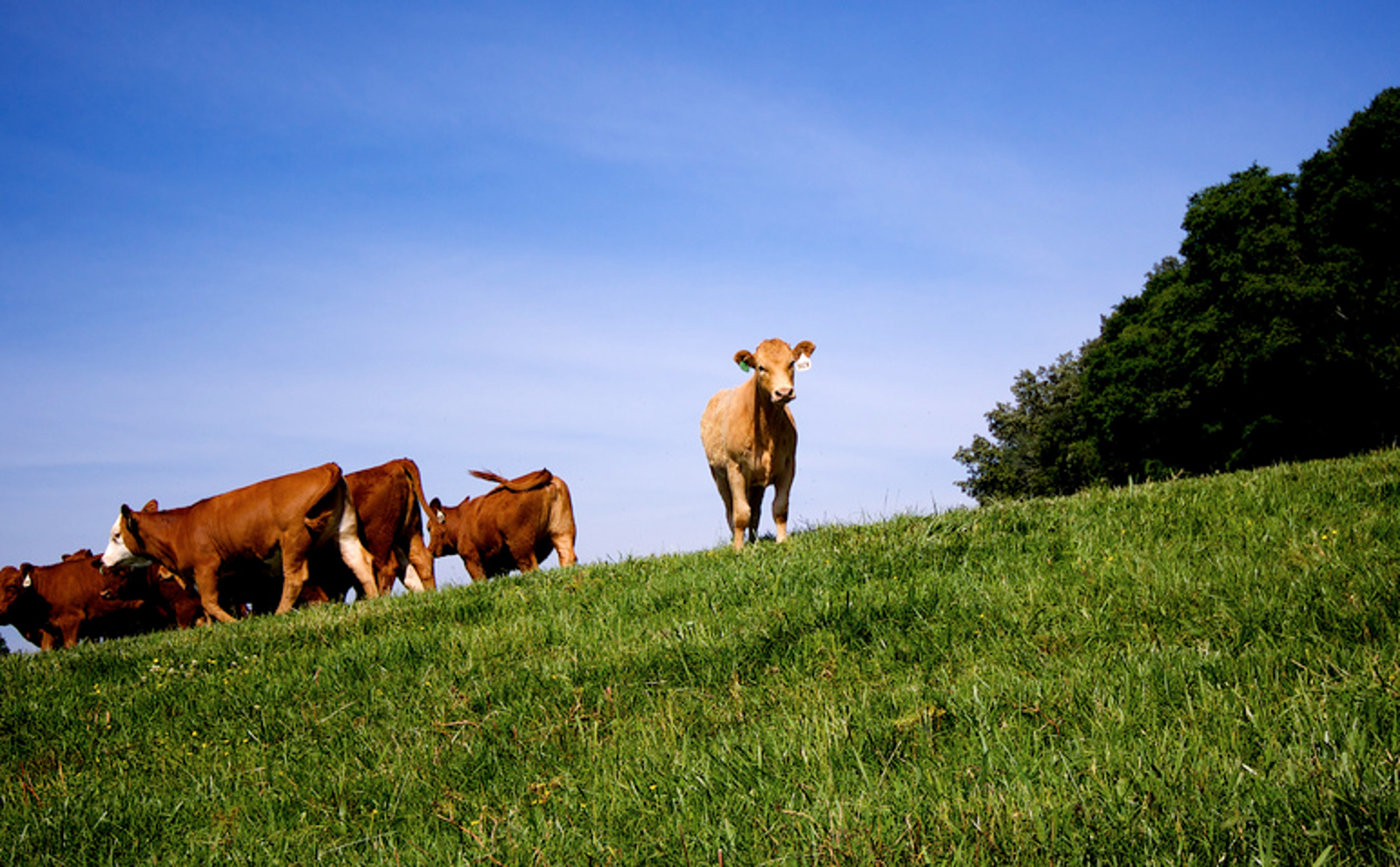 Okay, okay, okay, so everyone and their pet parent knows that flying in an airplane is a sure-fire way to increase your carbon footprint from one to a million, right? Anytime you hear about a celebrity who is doing something good for the planet, one of the first comments people give is “but they fly jets all over the world, soooo….” (c.f. Leo and Al Gore). So yes, jet-setting across the world isn’t exactly the smartest move if you want to show people you’re eco-conscious … but turns out that there is one thing that we ALL do every single day that is  WAY worse for the planet than flying: eating meat. And not just any type of meat, but grass fed.

That’s right! According to journalist and environmental expert George Monbiot, “A kilogram of beef protein (about 2 pounds) reared on a British hill farm can generate the equivalent of 643kg (1,417 pounds) of carbon dioxide … in other words, causes more greenhouse gas emissions than a passenger flying from London to New York.”

How can this be? Well, based on the study that  Monbiot cites, to keep free-roaming grass fed animals, farms have to keep their land clear, and the animals have to roam hills and land to forage, which means they burn more fat than the traditional stalled animal and release more methane as well. It also takes longer for these animals to reach market weight so the only way to meet demands and compete with conventional farming is to have lots and lots of animals that cover a huge span of land. But if two pounds of beef protein is equivalent to the carbon footprint of a six-hour flight,  if you multiply that by the seven billion people on the planet – that’s more than enough greenhouse gases to circle the world a few dozen times and go to the moon and back a few rounds too!

This is all really tricky when you think about how letting animals roam and graze is actually really great in comparison to the horrors they face in factory farms. Although these animals get to lead a much better life (that is until they stop being considered animals and start being “meat” or “protein” instead), given the HUGE demand for protein across the world, the greenhouse gas emissions produced and land resources required hardly make this a sustainable endeavor.

According to the data collected by the National Health and Nutrition Examination Survey, the average American is consuming nearly 16 percent of his or her calories from protein; that likely translates to somewhere between 70 to 120 grams per person – well over the recommendation of .8 grams per kilogram. Basically, 70 grams of protein would be the appropriate amount for a 200-pound person while 120 grams would be appropriate for someone weighing 330 pounds. Given that the average American man weighs 196 pounds and the average woman weighs 156 pounds, the demand for protein seems to outweigh the need.

It is also a huge misconception that this protein needs to come from meat sources – rather, you could sub beef for lentils to get 9 grams of protein per half cup, 3 tablespoons of hemp seeds to pack in 13 grams, a cup of tofu for 10 grams, or any one of these awesome sources of plant-based protein to get your daily protein requirements, and halve your carbon footprint in the process.

Instead of having to compromise on giving animals better conditions or being kind to the planet, you can simply choose to cut your consumption of animal products and choose more plant-based options instead!

By leaving meat off your plate, you can literally halve your carbon footprint! And as far as I know, no pigs, cows or chickens need to be crammed into tiny cages for their whole lives for us to grow kale – so major win there too!

To learn more about how you can be a plant-saving rockstar with your next meal, join One Green Planet’s #EatForThePlanet movement!

Editor’s Note 1/5/2016: A previous version of this article incorrectly stated that 2 pounds of beef are responsible for carbon emissions equivalent to a flight from New York to London, this has been clarified to reflect the correct measure that 2 pounds of beef protein is responsible for this carbon footprint. The study cited estimates that the protein content of beef is 20 percent of the total weight; the carbon conversion is based on the protein measure, not total weight.