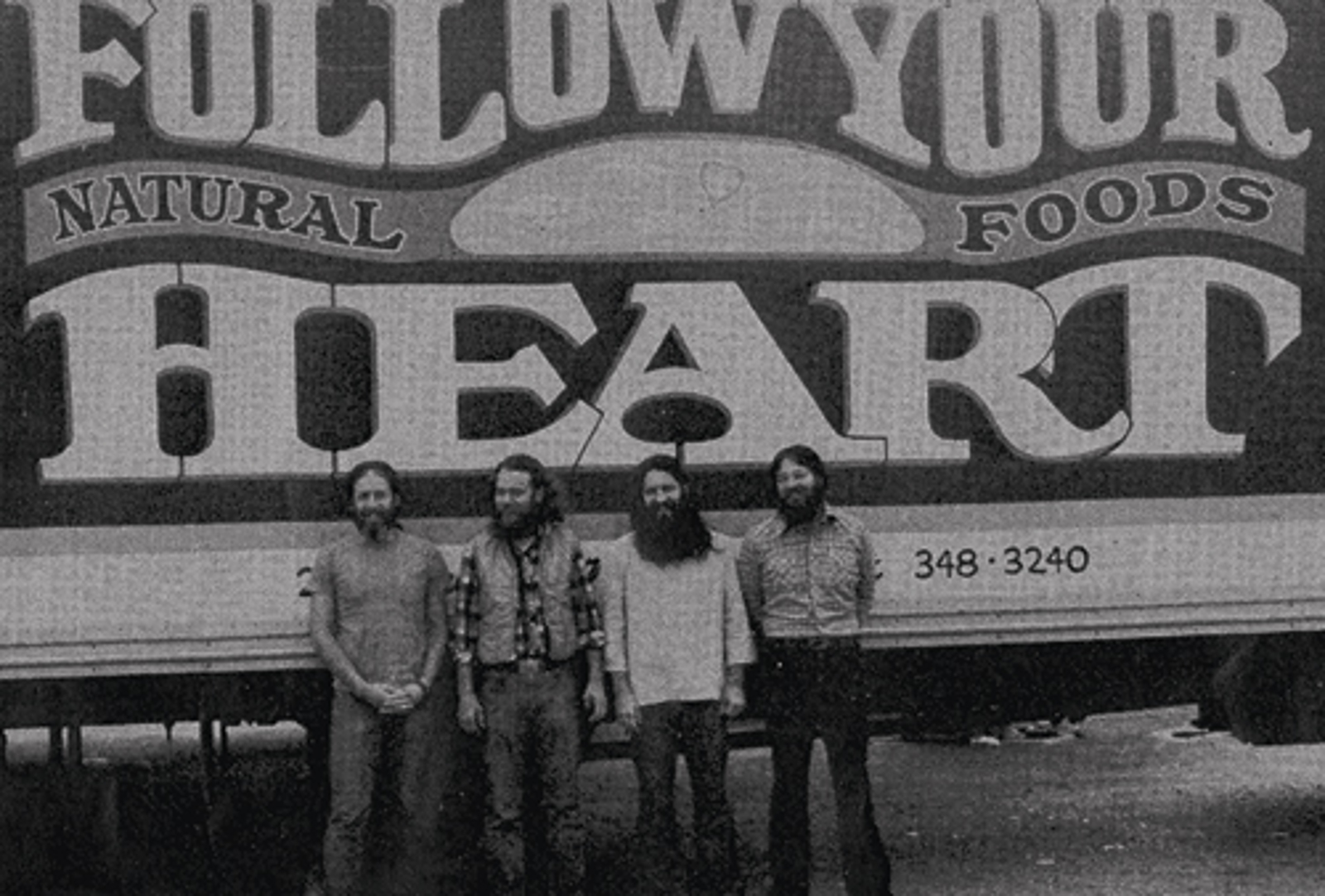 As the plant-based food market expands and goes mainstream, it has captured the attention of the mainstream press. In the past few months, Impossible Foods’ “bleeding burger,” Beyond Meat’s “shockingly beeflike” plant-based burger, and Perfect Day’s Silicon Valley-created “synthetic milk” made national headlines.

While these products represent the “new wave” of the plant-based food market, two key elements are repeatedly overlooked in most coverage. First, the role that legacy plant-based food companies (those that existed long before social media, Kickstarter funds, and lists of “sexy vegan celebrities”) played in paving the path for current plant-based media darlings. And, just as importantly, how these legacy companies continue to stay relevant in 2016 while sticking true to their values.

A Pioneer in Plant-Based

Follow Your Heart (FYH) was founded in 1970 by four vegetarian friends, including company CEO Bob Goldberg. Long before its plant-based cheeses, mayonnaise, and salad dressings made their way to supermarket shelves around the country, FYH started out as a market and restaurant in Canoga Park, California.

FYH has always been driven by values. Among them: environmental stewardship, plant-based eating, and building community. “A lot of peace of mind comes from having clarity about your values. It’s your True North. That’s why we called the company Follow Your Heart,” says Goldberg.

Forty-six years ago, bringing plant-based food to the masses was more than a novelty or a sexy enterprise; it was a risky gamble. As a pioneer, FYH did not have scores of market research to guide its decision-making, or predecessors to learn from. Fortunately, the community responded enthusiastically (the restaurant is now housed in a separate building and seats 72).

With continued growth, the idea of selling plant-based foods nationwide became an attractive and increasingly feasible goal.  As a leader in the field, FYH had to pave a path that was bumpy at times.

“When we first came out with Vegenaise, egg-free mayonnaise wasn’t its own category in supermarkets. As a result, we had a lot of challenges. For example, some retailers didn’t know where to put it and consumers didn’t know where to look for it. We would ship it refrigerated to stores and they would put it on the dry shelf thinking that’s just where mayonnaise goes,” Goldberg explains.

Legacy plant-based companies like FYH weren’t just faced with the task of offering plant-based products on a national scale; they also had to educate shoppers about these new offerings. While Goldberg recognizes that “changing consumer stereotypes takes a long time,” the company’s growth is a testament to its success connecting with consumers (throughout its history, FYH has spent very little on advertising).

“Legacy companies like Follow Your Heart have made it possible for plant-based products to be taken seriously. They fought their way into consumers’ hearts and created the space and demand for the whole category to build upon,” says David Benzaquen, founder and CEO of brand management and marketing services firm Plant Based Solutions.

While important to recognize FYH’s pioneering history, its present-day value and continued innovation also need to be acknowledged. It was selected as the People for Ethical Treatment of Animal’s 2015 Company of the Year and revolutionized the plant-based food category last year with the release of VeganEgg – a plant-based egg replacer that can not only be used in baking but also scrambles.  The product sold out in two weeks.

“Innovation is more and more important for companies like ours if we are going to be relevant going forward,” Goldberg says.

Offering a variety of plant-based products is not FYH’s only mission. Environmental stewardship has also been an important pillar, as demonstrated by the company’s solar-powered Earth Island facility that is working toward becoming zero-waste certified.

Staying True to the Founding Mission

Goldberg recognizes that the plant-based food market is more crowded these days. Additionally, many new companies are heavily funded by venture capitalists, which helps provide hefty advertising budgets that can help build buzz years before an actual product hits the shelves.

Although FYH has received many buyout offers, Goldberg has chosen to keep the company independent. “It’s very difficult to keep a company true to its mission once you get a lot of shareholders involved who perhaps don’t share the same values, who are investing primarily to get a good return on that investment. There is nothing wrong with that except when it begins to interfere with the company’s mission and what it could offer to the consumer.”

Goldberg acknowledges that there has also been interest from investors with similar missions and values, but adds that the company “is growing at a level that we are very comfortable with and I am not sure how more money would improve that situation. There is an optimal speed at which you can handle the power and then things can go off the rails.”

While always thinking of ways to innovate and grow, Goldberg also states he enjoys the fraternalism that runs among plant-based legacy companies. “Those of us who have been around for decades got into this at the same time and for the same reasons. We’re all happy that we are all doing well.”

As we look forward to more plant-based food successes, let’s remember the players that helped create the revolution and continue to be an integral part of the movement.

To learn more about revolutionary plant-based foods, check out One Green Planet’s Future of Food Project.