What?! Demand for Fish Swim Bladders In China Is Driving 2 Marine Species In Mexico to Extinction 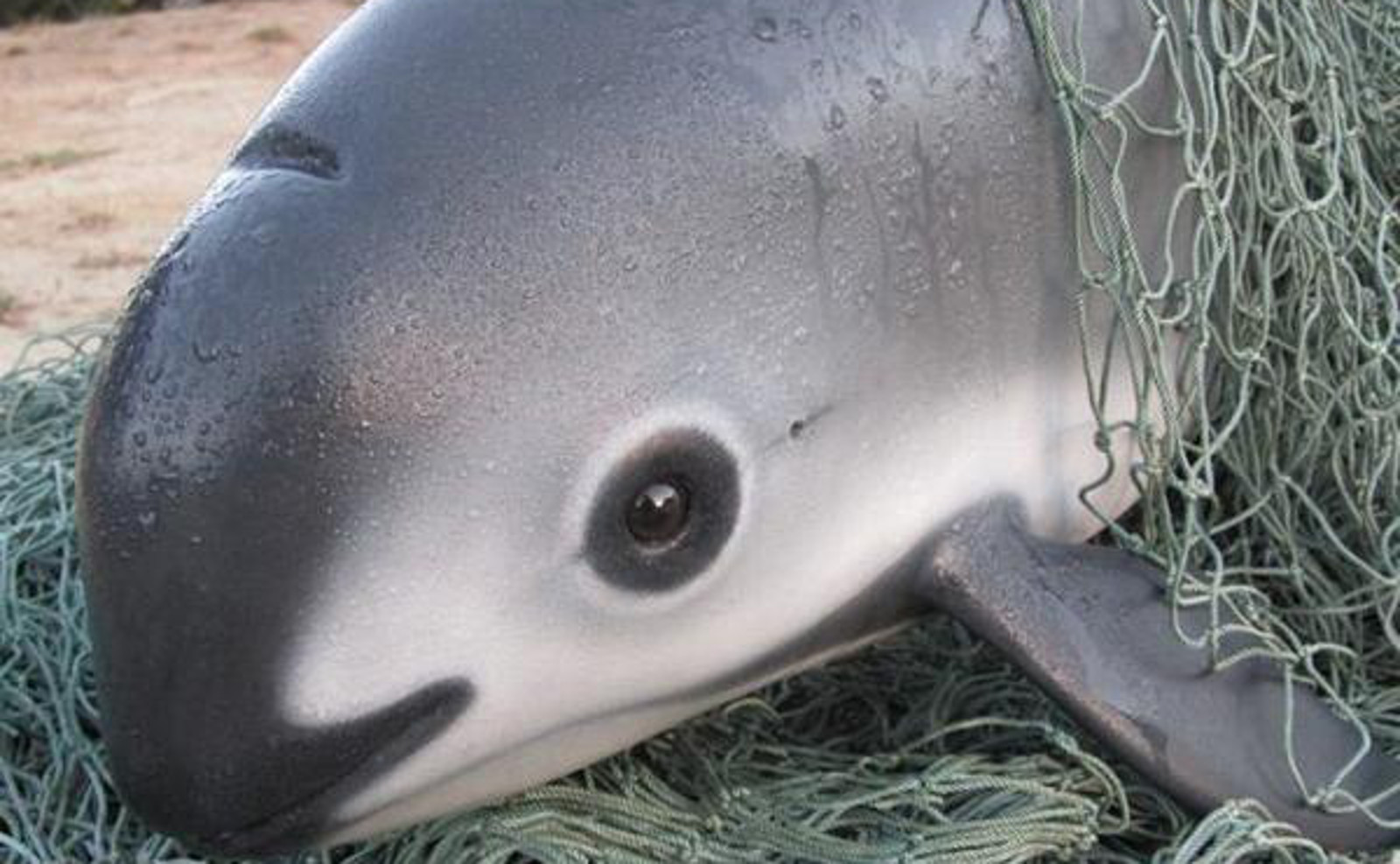 While some may think that extinction is a relatively new threat to life, scientists describe five mass extinctions that have occurred over the history of the planet. Some causes for these massive die-offs are purely speculative while others are more easily hypothesized, but they include a variety of major catastrophes including volcanic eruptions, climate change, and impacts from asteroids, comets, and meteors. These mass extinction events are largely responsible for the fact that over 90 percent of the species that have ever lived on the planet are extinct today.

As we continue to alter the natural world around us, we put an ever-growing number of plant and animal species at risk for extinction. Habitat destruction, poaching, animal agriculture, climate change, and pollution to air, soil, and water are all just some of the ways man is destroying the environment and the inhabitants within it.

The Gulf of California is no exception to this destruction and some of its inhabitants are currently dangling precariously close to the edge. Presently, the world’s smallest whale, the vaquita, and a fish prized by illegal wildlife traders, the totoaba, are fighting for their existence in a small swath of habitat off the coast of Mexico. They’re two very different species with two very different stories, yet their stories are deeply intertwined as they stare down the threat of extinction.

A Little Whale and a Big Fish

The vaquita and totoaba are two fascinating creatures that are currently in dire need of intervention from conservationists if they’re to have any hope for survival. And while only the totoaba is the target of illegal fishing operations to feed an appetite in China, both are suffering from the unsustainable harvest of the fish. 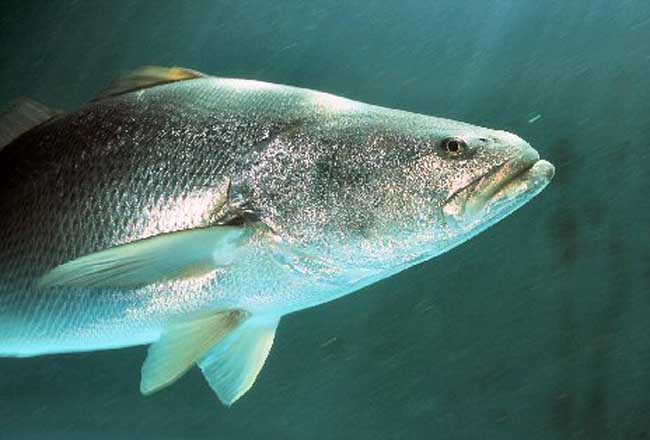 The totoaba is a large fish that is only found in the waters of the Gulf of California. It can reach lengths over six feet and weigh over 200 pounds. Totoaba spawn in the Colorado River Delta where water temperatures are warmer and salinity levels are lower. Juveniles then spend their first two years in the upper half of the Gulf of California before migrating farther south as adults. The totoaba feeds on a diet of crabs and sardines and are thought to have a lifespan of roughly 25 years.

Given the limited habitat of this massive fish, threats to the species’ population must be taken very seriously. Habitat loss has been especially detrimental to the totoaba’s reproductive success. With the Hoover and Colorado Glen dams reducing the flow of fresh water from the Colorado River into the delta below, saline levels have increased, making the water composition more hostile to the fragile spawn. Now the fish only experience ideal fresh water flows into their nursery grounds during El Niño years.

Unfortunately, the trouble for the totoaba does not end with habitat destruction. A fishing industry that has prized the species for years is causing a massive decline in population levels as well. The Mexican government placed a ban on harvesting totoaba in the 1970s after commercial and sport fishing decimated the population. It was placed on the Mexican Endangered Species List in 1975 and in 1976 was recognized as endangered by the Convention on International Trade in Endangered Species.

Even with recognition from various governing bodies, totoaba fishing has continued well beyond the 1970s. Diners in China value the totoaba’s swim bladder for soups as it is believed to “bless” the consumer with fertility, improved circulation and skin vitality. One totoaba swim bladder is valued at roughly $5,000 on the black market in the United States, and sometimes more than $10,000 in Asian markets. A bowl of totoaba fish bladder soup in China may cost as much as $25,000. Understandably, there are a number of individuals harvesting totoaba because the profit can be so high. A recent sting operation that recovered over 200 totoaba swim bladders crossing the border from Mexico into California was estimated to be worth roughly $3.6 million had the shipment reached the Asian market. With profits like these, the totoaba is up against an illegal wildlife trade that values greed over conservation and sustainability. 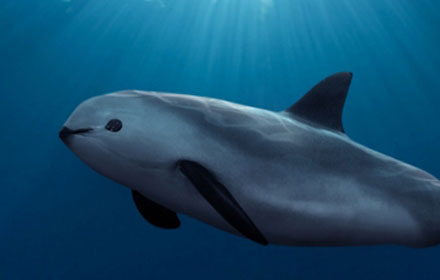 The vaquita is the smallest known whale to science, only measuring 4-5 feet in length and 65- 120 pounds when full-grown. Over their 21-year lifespan they feed on small schooling fish as well as squid and octopus. Due to their shy nature, they weren’t even discovered until 1958. And because they’re so elusive, scientists do not rely only on visual sightings for population estimates, but rather depend heavily on acoustic studies to estimate population trends and size.

While the vaquita did gain some protection with recognition on the Endangered Species List in 1985, the population is currently declining very rapidly and they could be extinct as early as 2018. Until June 2015, the most recent studies based on observations made through 2013 suggested there were possibly less than 100 vaquitas left in the wild, with a decline in population averaging 18.5 percent from the period between 2011 and 2013. Once the 2013- 2014 study results were finalized and released on June 19, 2015, by the International Whaling Commission, a much more depressing picture was painted. The rate of population decline in that one year period was a whopping 42 percent, meaning the population is now estimated at just 50 individuals!

Threats to the vaquita include pollution as well as habitat loss, just as the totoaba is experiencing. And like the totoaba, fishing is the greatest threat to the vaquita. Even though the vaquita carries no value on the black market, fishing is still wiping out these animals. The use of gillnets to catch shrimp, fish and sharks legally as well as totoaba illegally in the Gulf of California has taken a variety of victims as bycatch, the vaquita included. Once they’re entangled in gillnets, they are unable to breath and end up drowning. Yes, the demand for swim bladders from totoaba in China is actually pushing a completely unrelated species to the brink of extinction.

What’s Being Done to Save the Totoaba and Vaquita?

Luckily, there are many individuals and organizations that recognize the plight of both the vaquita and the totoaba and are trying to help. Listing both animals as endangered species has been a step in the right direction, however it has obviously not been enough with both species still declining in population size since. Classification means nothing for the illegal fisheries driven by the prospect of fetching a hefty price for a fish bladder.

After pressure from the conservation and scientific communities, the Mexican government has recently stepped up their game to save the vaquita and the totoaba. In April of this year, sweeping reformations to vaquita conservation were introduced in the Gulf of California. Fishing operations are banned completely for the next two years in the Upper Gulf, except for curvina which is caught with fishing gear that poses no threat to vaquitas. With the elimination of gillnets and the biggest threat to vaquitas, many are hoping the little whales receive the protection they need to recover from the brink of extinction.

While the new fishing bans in place were designed specifically to target vaquita conservation, the totoaba is also sure to benefit. Simply making totoaba harvesting illegal has not worked in the past, but the Mexican government has introduced revised plans to enforce the new fishing rules. The Mexican Navy is receiving a new fleet of speed boats to increase the presence of patrols on the water. Drones and satellites will also be utilized to help monitor fishing in the protected area of the Gulf of California. And to help ensure that local fishermen trying to make a living on their catches aren’t hurt in the process of these bans, the Mexican government will be financially compensating them for the losses incurred. Roughly $36 million each year over the two-year fishing ban will go to ensuring fishermen are not hurt in the government’s quest to save the vaquita.

The stories of the vaquita and the totoaba, while disturbing and maddening, are not unique to human history. The legacy of human destruction has already sent several species in similar circumstances to an early grave. The Chinese bahaba originally filled the place of the totoaba in its offering of an appealing swim bladder for human consumption. The bahaba is now nearly extinct due to overfishing, and the totoaba is threatened with a similar fate. And the vaquita is currently on course to be the first whale species to go extinct since a 2006 expedition found the Chinese River Dolphin to no longer exist. Different species, but the story remains the same.

The new conservation plans and improved enforcement strategies are still in their earliest stages and their impact remains to be seen. However, their success is critical for ensuring the vaquita and totoaba don’t end up on the wrong side of history as countless other species have due to human ignorance and negligence. Numerous species may have gone extinct in past due to natural causes, but these are two species we have a chance to actually save because their fate really does rest in our hands.

It’s terrifying to think that we may lose the totoaba and the vaquita forever, so your support for these animals is critical in keeping their populations afloat.

The best way you can help these species is to encourage those in charge to make the issue of extinction a top priority. There are a variety of acting bodies involved over a handful of countries, and they all need to put their best foot forward when it comes to righting this ship from disaster. So, let them know how important the totoaba and vaquita are to you, and encourage aggressive protection for these important animals.

To encourage the government of China to place more pressure on illegal sale and use of totoaba, contact Premier Li Keqiang.

To voice support for the recent changes made by Mexico to ban gillnet fishing, and to encourage aggressive enforcement of the ban as well as consideration for a permanent ban beyond the current two-year timeline, contact President Enrique Peña Nieto.

And to ask President Barack Obama and Vice President Joe Biden to support sanctions against Mexico as long as they do not completely enforce their attempts to protect the totoaba and the vaquita, and to encourage their support in Mexico’s efforts to save these species, contact the White House.

You can also help to make a difference for these two marine species with your diet. Aggressive fishing methods to meet demands for seafood contribute to the decimation of both of these species. By choosing to leave fish and seafood off your plate for one year alone you can save 225 fish and 151 shellfish. When you consider the fact that around 40 percent of all commercial fish catches are composed of bycatch, marine animals like the vaquita who are unintentionally caught, when you save 225 fish, you’re also helping to save countless other marine species! To learn more about how you can help marine animals through your diet, join the #EatForThePlanet movement.