Life at the Frontline of Deforestation: How Families in Indonesia are Fighting Back 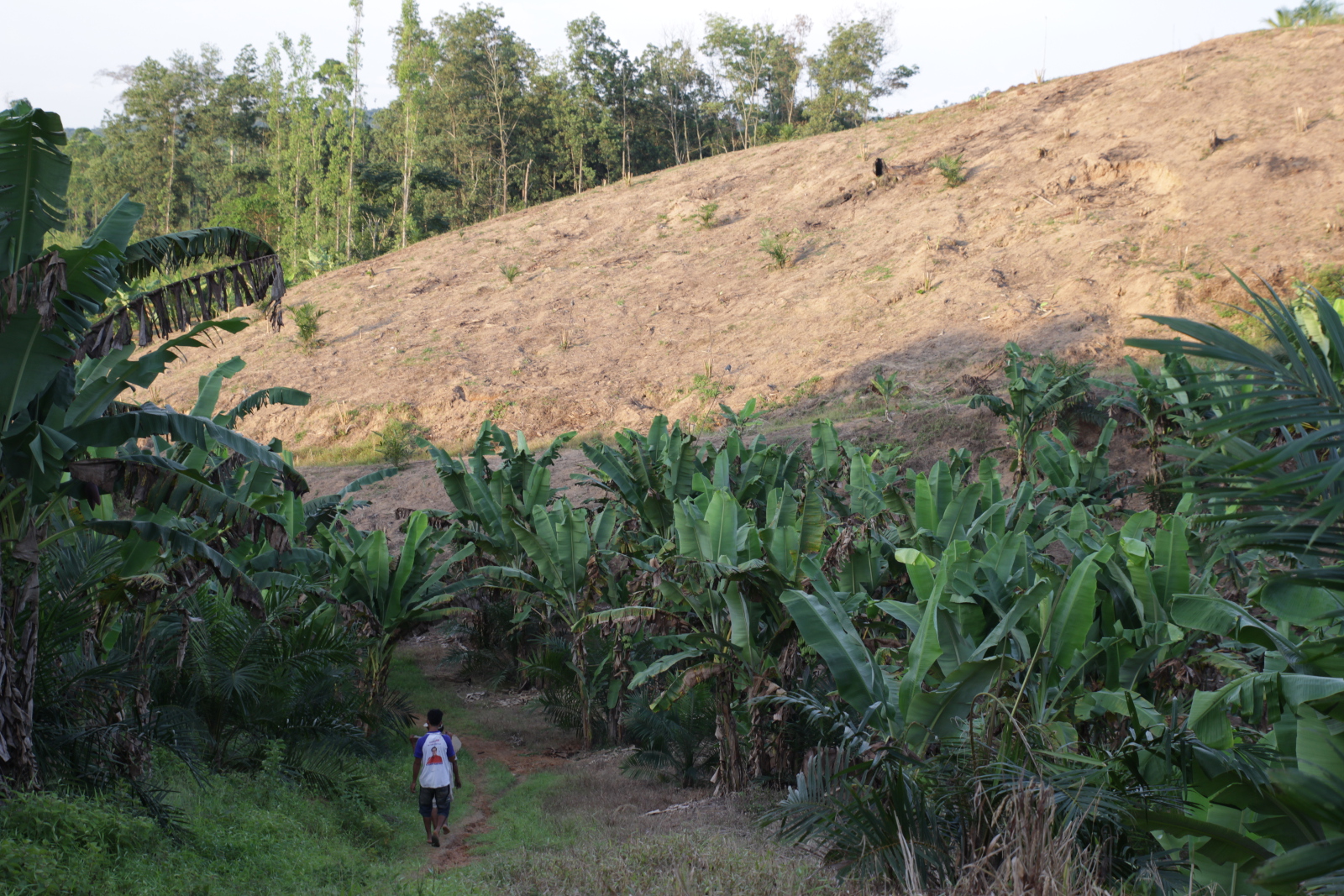 As some of the oldest rainforests on earth, the fate of Indonesia’s forests have been of international concern for decades. Deforestation, driven largely by the development of industrial pulpwood and palm oil plantations, has cleared massive areas of natural rainforest and carbon-rich peatlands. The ongoing deforestation in Indonesia is a large contributor to global greenhouse gas emissions, making Indonesia the third largest emitter in the world, behind only the U.S. and China.

Often these plantations, developed to produce both palm oil and pulp for paper and fabric, are created on the traditional and customary lands of Indigenous and local communities without their consent. In response, communities have been campaigning for decades to see the acknowledgement of their rights and the return of their land. These community efforts, with solidarity from international NGOs, have pushed companies throughout commodity supply chains to develop policies which commit to eliminate deforestation, human rights abuses, and expansion on carbon-rich peat from their operations. Despite these commitments, communities report that little has changed for them.

BeyondPaperPromises.org, a new website launched by Rainforest Action Network (RAN) and the first phase in an ongoing campaign, provides a unique look at life on the frontlines of deforestation in Indonesia – the communities and the companies in conflict. The website uses first-person interviews with community members to tell the story of how, even with policies and promises in place at the corporate level, human and land rights are still not recognized or respected on the ground.

The conflicts between communities and companies are long-standing and marked by intimidation, protests, arrests, and even death. In the provinces of Jambi and North Sumatra, on the island of Sumatra, Indonesian companies of Asia Pulp & Paper (APP) and Toba Pulp Lestari (TPL) play an outsized role in the issue. As these companies seek to expand commercial plantations for international commodity markets, local community life can stand in the way. Here are some of those stories:

“We ask for the government to release the traditionally owned land to us so that the community can manage their land in peace, without any more disruptions from Toba Pulp Lestari (TPL). To all producers supplied by TPL, stop buying from TPL because they are grabbers of community lands…TPL does not create prosperity in communities, only suffering,” Robert Simamora, the community of Aek Lung, North Sumatra, Indonesia. 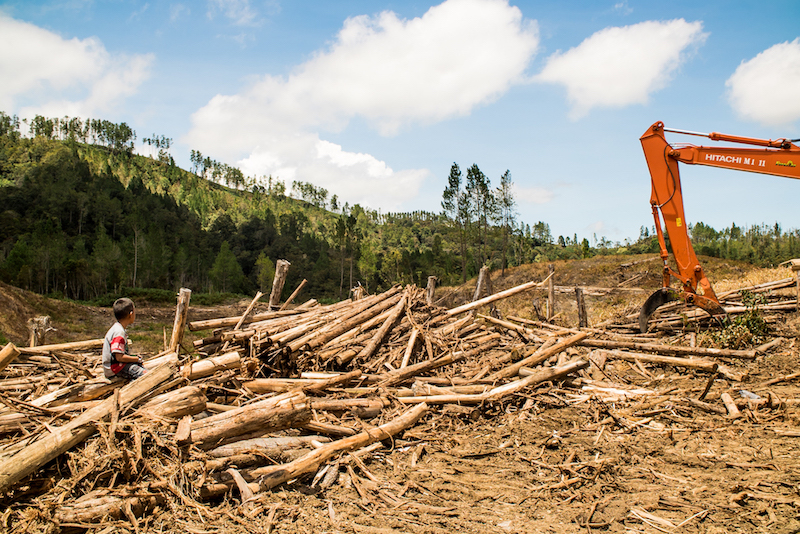 A young child looks on as heavy machinery is used to clear away felled trees. Jambi Province, Indonesia

In nearby Jambi Province, Asia Pulp & Paper’s (APP) heavy logging trucks regularly cut through rural communities to haul off harvested timber from pulp and paper plantations. These trucks tear up the roads, blanket the roadside community with dust, and are dangerous for villagers on foot and motorbike.

“Asia Pulp & Paper [APP] cleared the forest to build roads so it could transport timber out of the area. But once the road was put in, the community and their farms were cleared as well. The impact was so significant that their cultivated land and plants were also destroyed by the company. APP has  torn the social fabric of the community, and erased their identity as a farming community,” Rudiansyah, Executive Director of WALHI Jambi, (Friends of the Earth – Jambi Province, Indonesia). 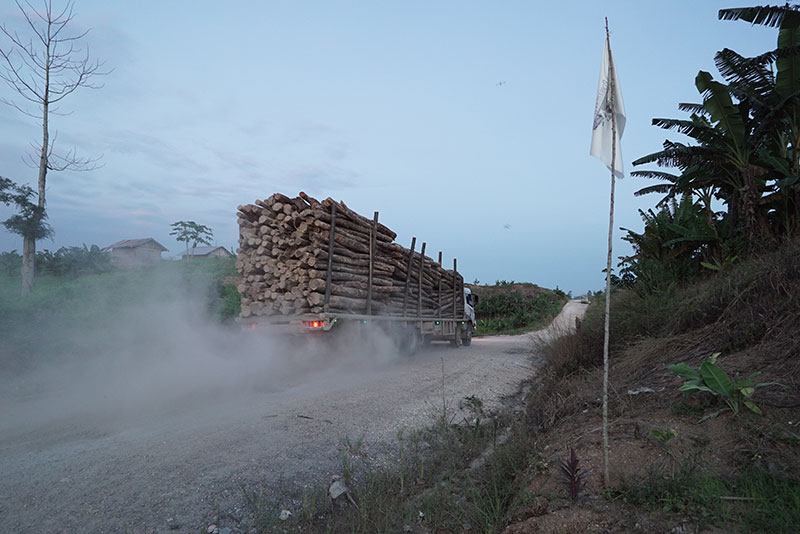 Farming as an Act of Resistance

For communities like Lubuk Mandarsah and Aek Lung, farming is more than a way of life, it’s an act of resistance. 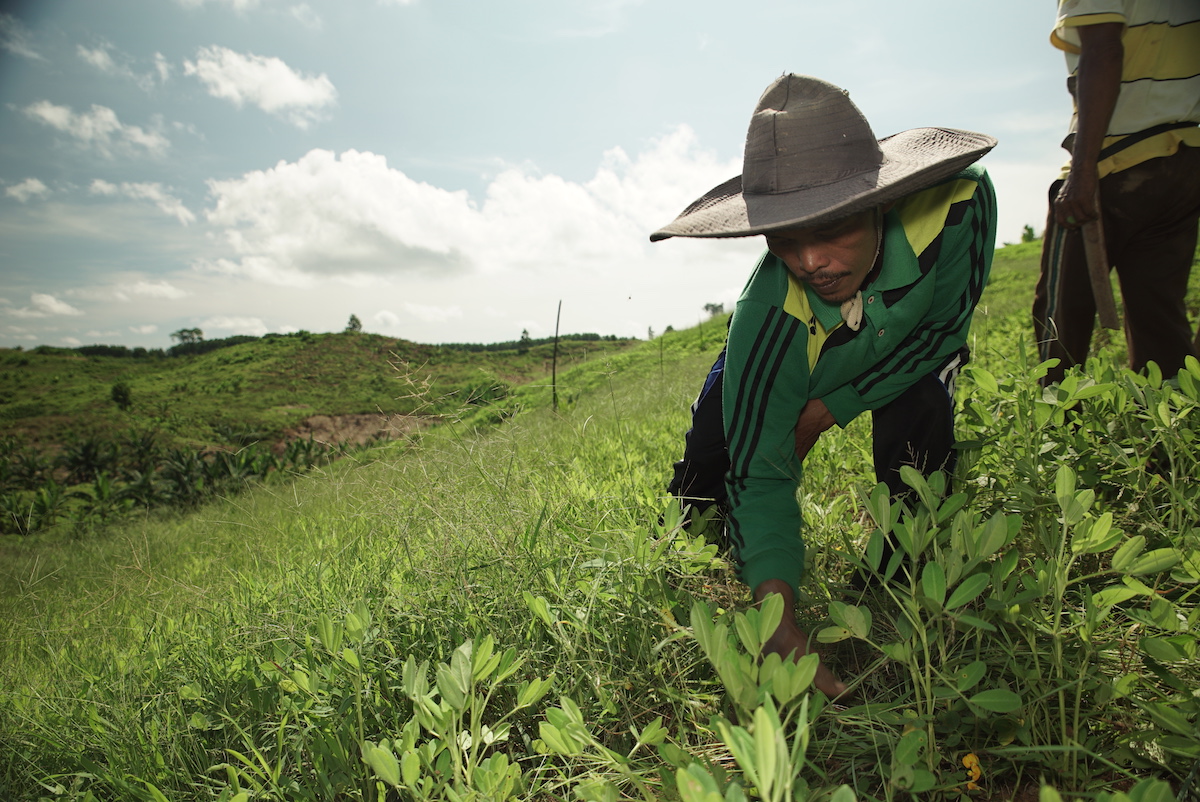 The community waited years, and after APP harvested the eucalyptus on the plantation, community members returned to the land and reclaimed it. The community planted coffee, bananas, spices, and rice before APP could replant it with another crop of fast-growing eucalyptus for pulp and paper production.

Similarly, in 2005, the Indigenous community of Aek Lung mounted a resistance movement to reclaim their land from Toba Pulp Lestari (TPL). Community members began planting vegetables and coffee on their land after company plantations were harvested to provide for their livelihoods and feed their families.

“First we fought to regain our traditionally-owned land that Toba Pulp Lestari (TPL) took and planted for its plantation. At the time we faced much opposition and intimidation from TPL. They tried to stop us by carrying weapons and involving army and police officials. But we were not scared because we believed that we were fighting for something that is truly our right,” said Nurmala Boru Purba, Aek Lung, North Sumatra, Indonesia

This resistance farming poses serious, and sometime grave, threats to community members. In February 2015, Indra Pelani, a 23-year-old activist and farmer from Lubuk Mandarsah, was on his way to a harvest festival when he was kidnapped and brutally beaten to death by APP’s plantation security guards. A criminal trial convicted the guards responsible for the horrific crime, and APP has since cut ties with its security contractor, but the community of Lubuk Mandarsah continues to face intimidation, and remembers and mourns his tragic loss. 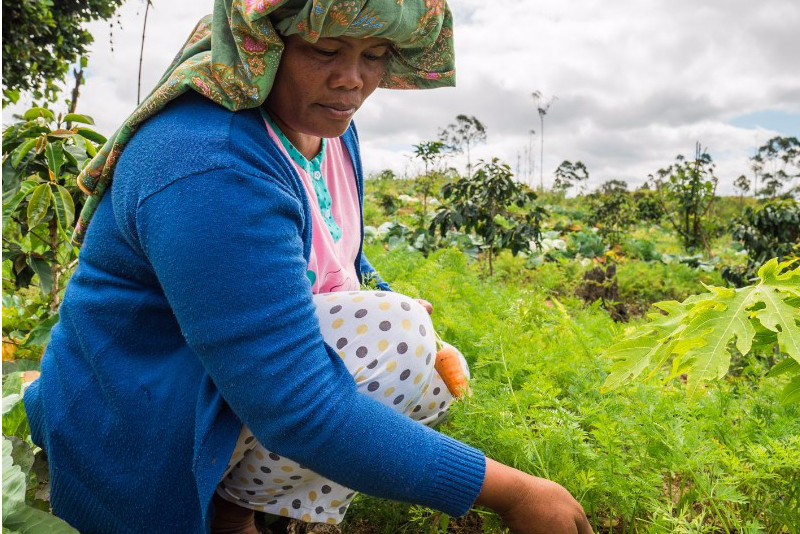 Nurmala Boru Purba farms for her family in the community of Aek Lung, North Sumatra, Indonesia

“It saddens me to see our young man, Indra Pelani, killed viciously by Asia Pulp & Paper. I cannot and will never forgive the company for this. I feel like he was my own son – I had looked after him since he was young. The company treated him like an animal … I hope the perpetrators and company are punished justly for their actions,” said Yulmanesni, Indra Pelani’s adopted mother, Lubuk Mandarsah, Jambi Province, Indonesia. 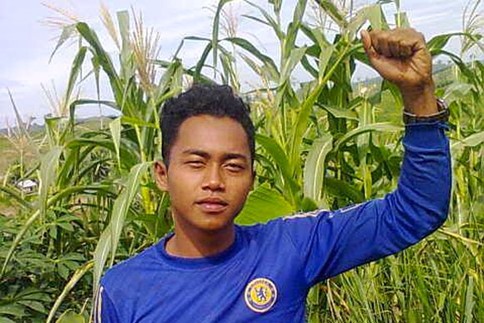 Like most communities, those impacted by industrial pulp and paper plantations have similar dreams to cultivate their land, grow food to feed their families, and provide a better future for their children. Communities see their requests of companies like Asia Pulp & Paper (APP) as centering around basic rights to dignity, land and livelihood. 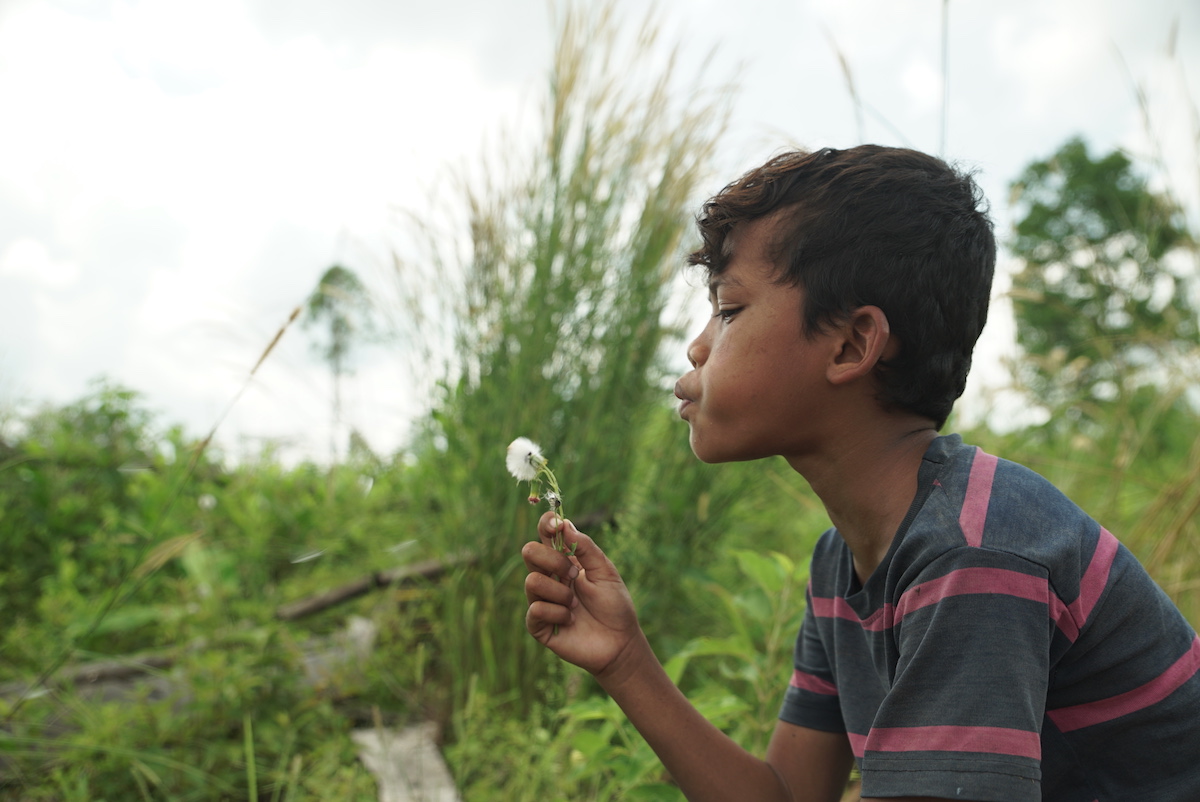 “We are fighting for our children’s future….We fight on our own land, our own customary land. Asia Pulp & Paper should be protested for clearing the community’s land,” shared Yulmanesni, Indra Pelani’s adopted mother, Lubuk Mandarsah, Jambi Province, Indonesia. 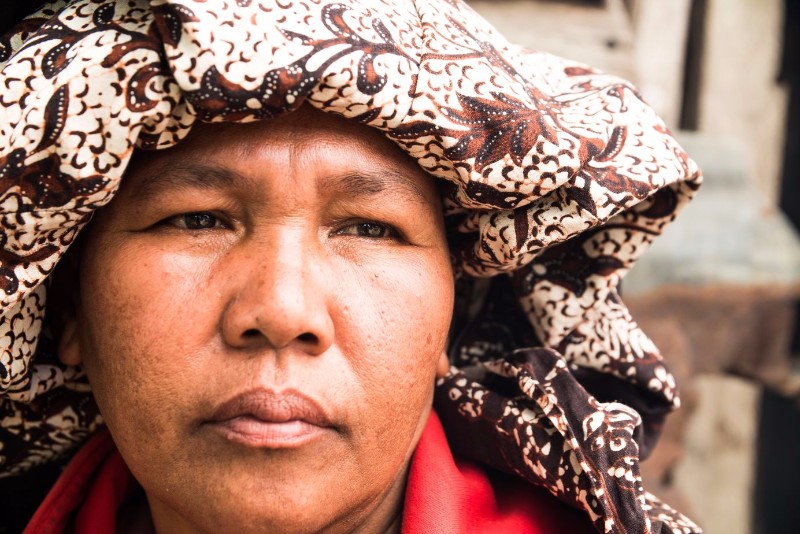 “We ask the government to protect us and return our Indigenous land to us. This land is the source of our livelihoods, and our savings so that our children can go to school. We also ask the government to recognize our traditionally-owned land, so that we will not be afraid to farm our own land,” said Rentina Nababan, Aek Lung, North Sumatra, Indonesia

Living With the Forest

For generations, Indigenous Batak communities like Aek Lung and Lubuk Mandarsah have planted benzoin trees in the forests on their traditionally-owned lands. Raw benzoin – a resin similar to frankincense – is an important part of community life. For generations, community members have sustainably harvested the tree’s resin for incense. For many, this is a significant cultural practice that provides a primary source of cash income. Since Toba Pulp Lestari (TPL) took over communities’ land for its pulp plantations, many benzoin forests have been cleared and converted to pulp plantations. 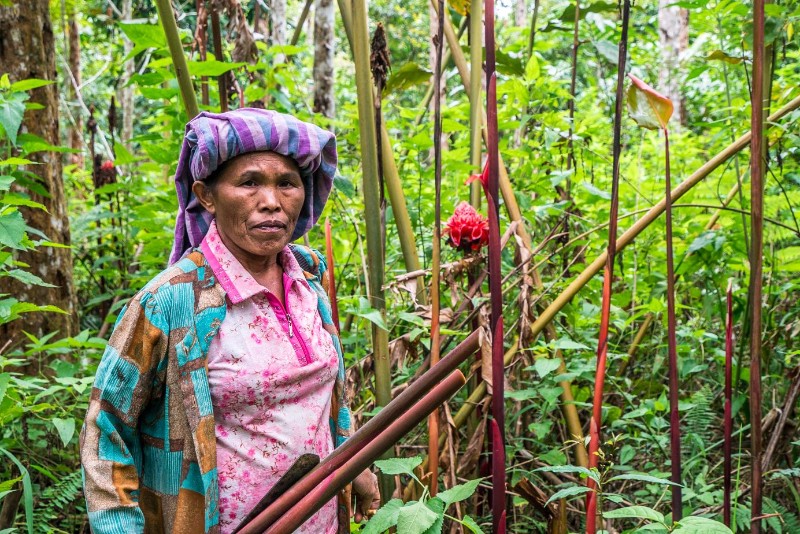 Timura br. Siregor, a Batak woman, in the benzoin tree forest on her traditionally-owned land. Traditionally harvested by men, she is one of the few women who harvest benzoin resin. North Sumatra, Indonesia.

“We are ready to defend our land to our very last breath, because this land is our life,” said Beslin Simamora, Aek Lung, North Sumatra, Indonesia 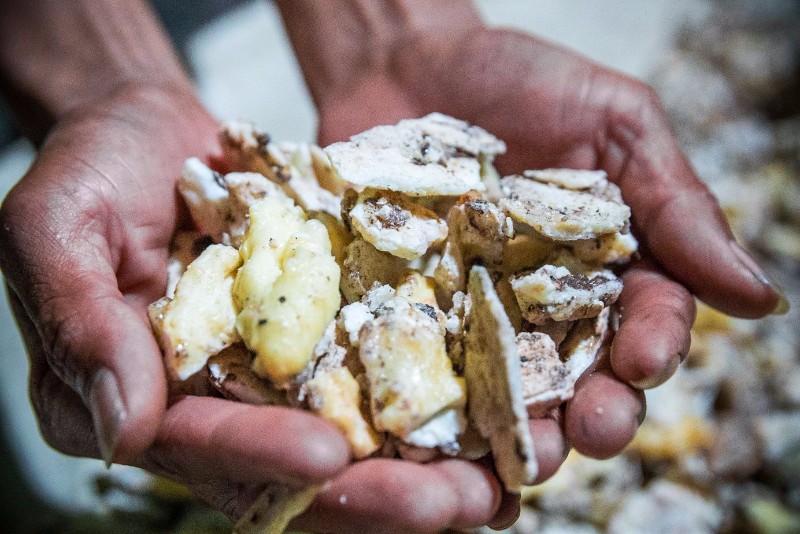 Both Toba Pulp Lestari and Asia Pulp & Paper have responded to global pressure by adopting policy promises to eliminate deforestation and human rights abuses. In 2013, Asia Pulp & Paper (APP), Indonesia’s largest paper company, committed to resolve land conflicts with communities. To date, there are hundreds of community conflicts like the conflicts with Lubuk Mandarsah and Aek Lung that remain unresolved.

“We can see that Asia Pulp & Paper [APP] has broken their commitment. APP said that it would resolve social conflicts without violence and would respect the communities’ rights. However, we can prove that even after the commitment, the community is still intimidated, criminalized, and a murder even took place here,” said Frandody Taruna Negara, Head of Tebo Farmers’ Union (STT), Lubuk Mandarsah, Jambi Province, Indonesia. 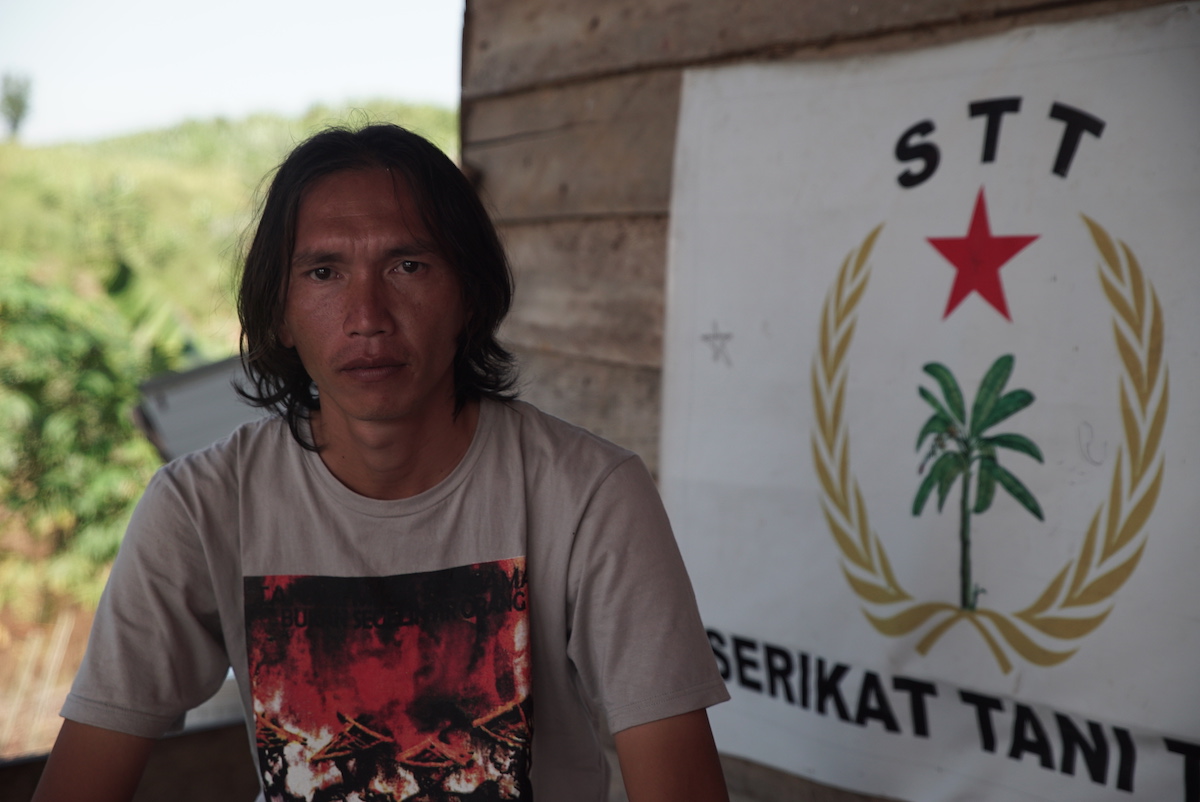 “The commitments Asia Pulp & Paper announced in February 2013 attracted worldwide attention, but the company is covered in blood and has numerous conflicts in many places. The companies with commitments must respect Indigenous people and their land, and resolve any conflicts. Most importantly, they must ensure that the processes are conducted fairly, and that the community can gain access to the land they claim as their customary land,” shared Pak Musri Naoli, Former Director of WALHI Jambi (Friends of the Earth Jambi). Jambi Province, Indonesia 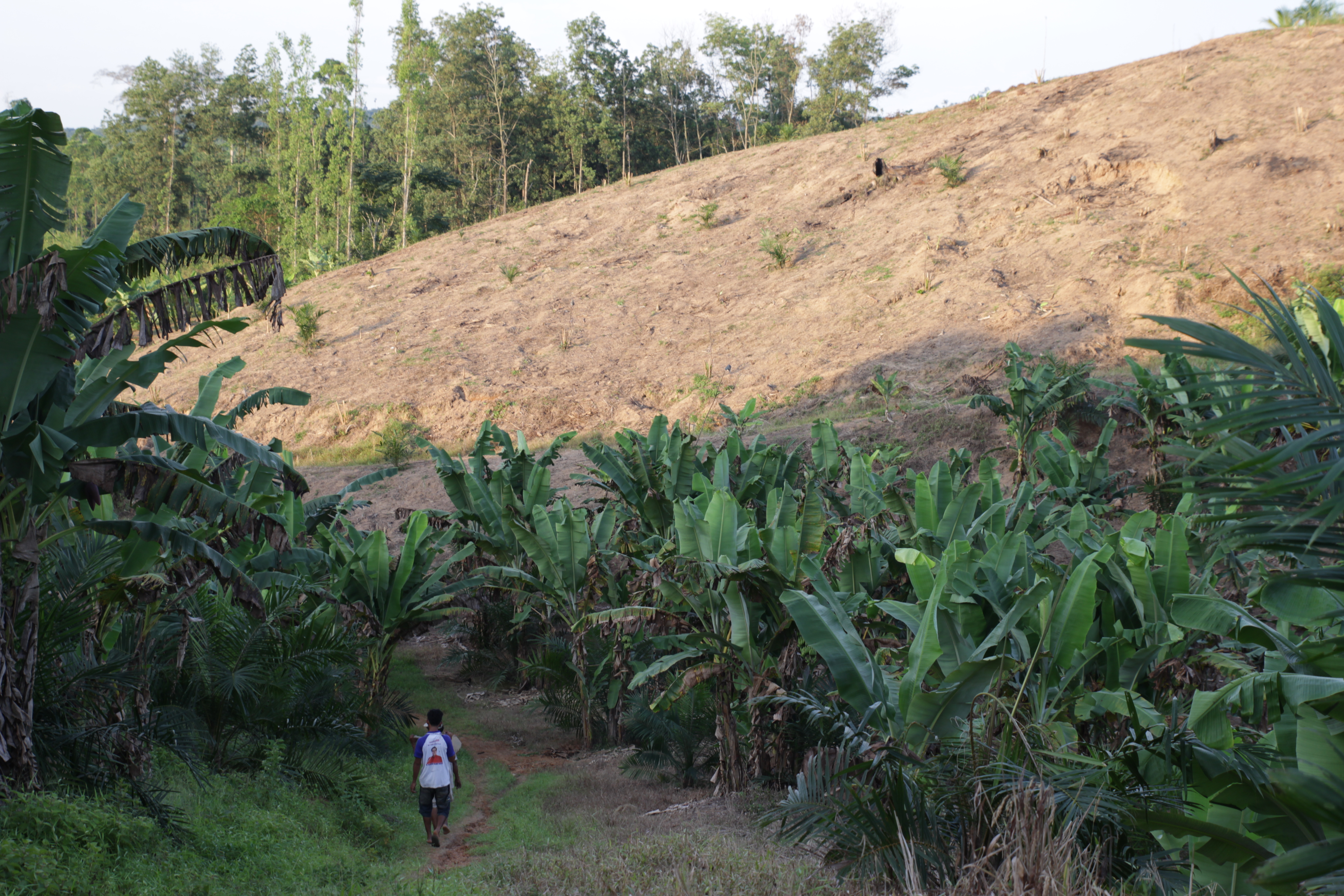 For those living at ground zero of global commodity chains, like some of Indonesia’s Batak communities, company commitments may amount to little. Simple daily life can mean navigating ongoing land and human rights conflicts and a company’s commitment to end deforestation or human rights abuses in its operations can be seen as one more step in the process.

For generations, these communities have depended on their lands and a healthy environment for their survival, as they provide a source for food, fresh water, and livelihoods.

More generally, global forests play a critical role in avoiding the worst impacts of climate change. With 20 percent of the world’s forests on Indigenous lands, protecting the environment and human rights are inextricably linked. It remains to be seen if corporate commitments will amount to real change on the ground for forests and communities. 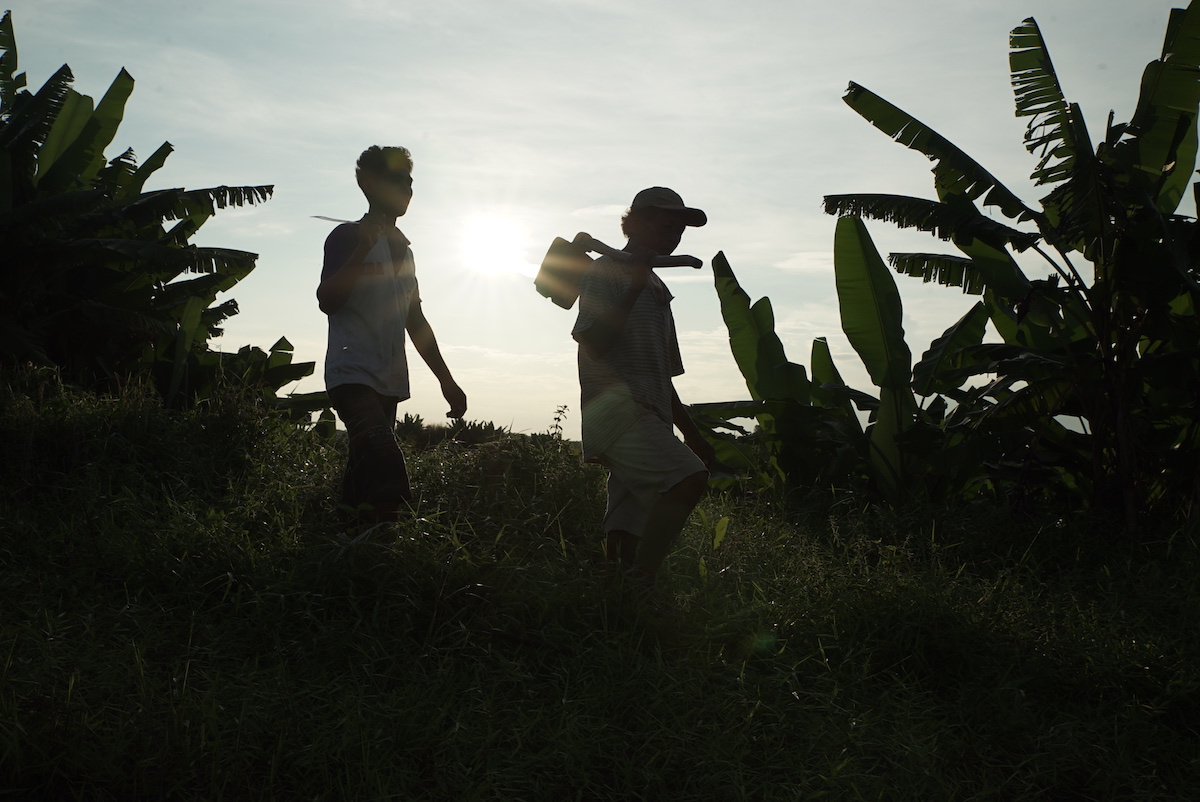 Updated periodically, Rainforest Action Network’s new website, BeyondPaperPromises.org, seeks to share stories and provide a rare look at community organizing in the face of Indonesia’s deforestation crises, and provide a platform for consumers – those on the other end of the supply chain from the Batak communities – to voice their concerns to companies as well.