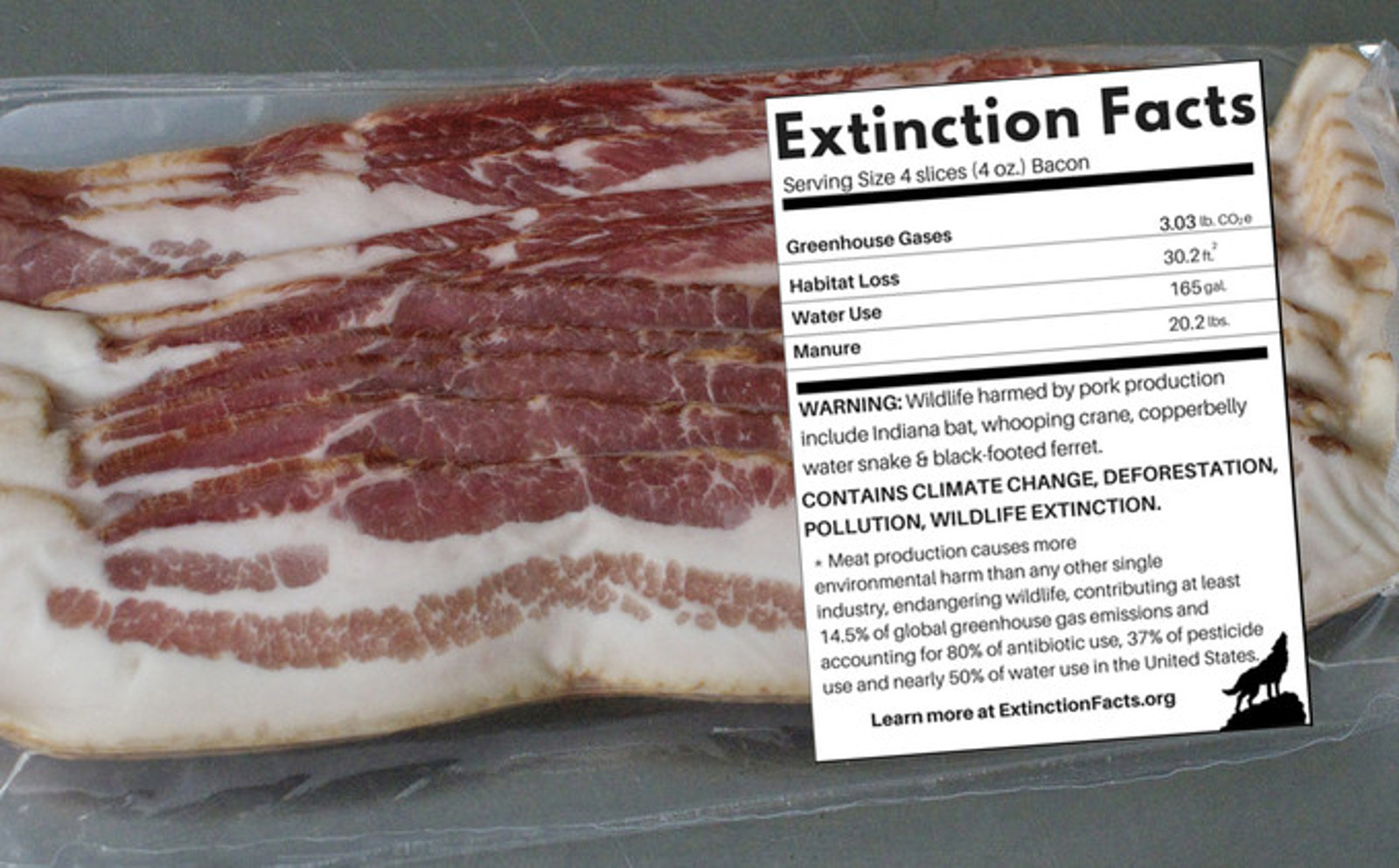 Did you know that eating a hamburger could hurt wolves, polar bears, and pikas? Or that a serving of bacon might harm endangered frogs? New Extinction Facts labels from the Center for Biological Diversity reveal hidden costs to wildlife through habitat loss, greenhouse gases, water, pollution and manure that go into popular meats like chicken, bacon, and hamburgers.

The Destruction Wrought in Our Food Choices

The results are shocking. Americans eat an average of three hamburgers per person per week every year, which takes 21 trillion gallons water to produce. We also eat enough chicken annually to destroy 12.4 million acres of wildlife habitat, a loss about the size of 12 million football fields. Bacon production comes with a huge side of manure — 331 billion pounds of pig poop each year — enough to fill 60,667 Olympic-sized swimming pools. 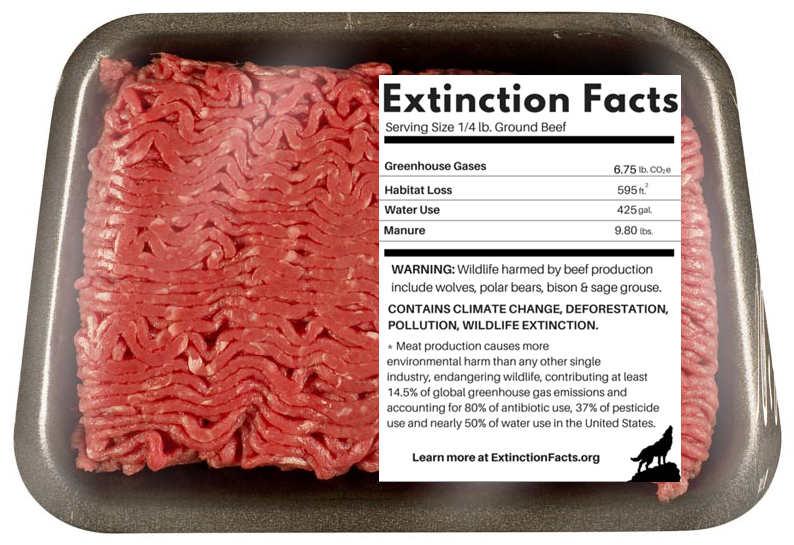 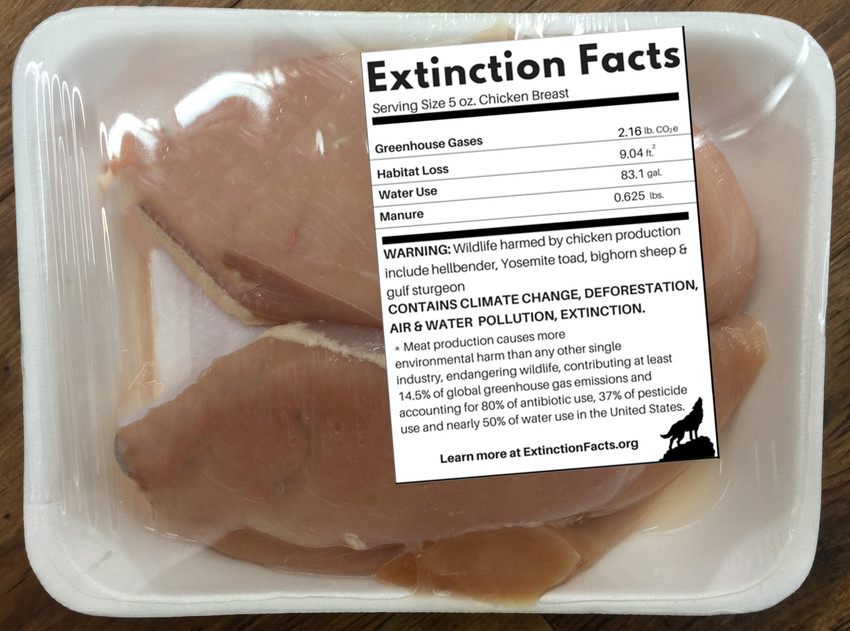 The good news is that cutting back on meat makes a huge difference — if Americans all replaced just one chicken-based meal a week with a veggie dish, the effect on our climate would be the greenhouse gas equivalent of taking 500,000 cars off the road. That’s why Extinction Facts labels, which are designed to look like Nutrition Facts labels, help people understand how cutting back on meat can help the planet. The campaign comes along with plant-based wildlife-friendly recipes and a cheap and easy guide to an Earth-friendly diet.

You’re not likely to see Extinction Facts labels in your local grocery store anytime soon. However, around the world, governments are starting to advise their citizens to eat less meat and dairy. And yet, when it came to our own dietary guidelines the U.S. Department of Agriculture (USDA) decided to leave sustainability concerns off the menu.

Dietary guidelines are important for setting the tone for our national dietary habits and influencing what kind of food is served in schools and government facilities. Meanwhile, we’ve been overproducing cheese and under-producing fruits and vegetables — the United States only produces enough fruits and vegetables for 1.7 cups per person, even though the USDA recommends we each eat 2.5 cups daily.

We can all try to eat a more Earth-friendly diet, but we need the USDA to ensure that diet is even possible. Even though the new dietary guidelines have already been released, it’s not too late for the USDA to break its silence on sustainability by acknowledging the environmental cost of our meat addiction and taking steps to create an Earth-friendlier American diet.

To join Center for Biological Diversity in urging the USDA to promote sustainable diets, click here. To start making a difference for animals and the planet today, join One Green Planet’s #EatForThePlanet campaign.