Explain Like I’m 5: How Does Eating Animals Harm the Environment? 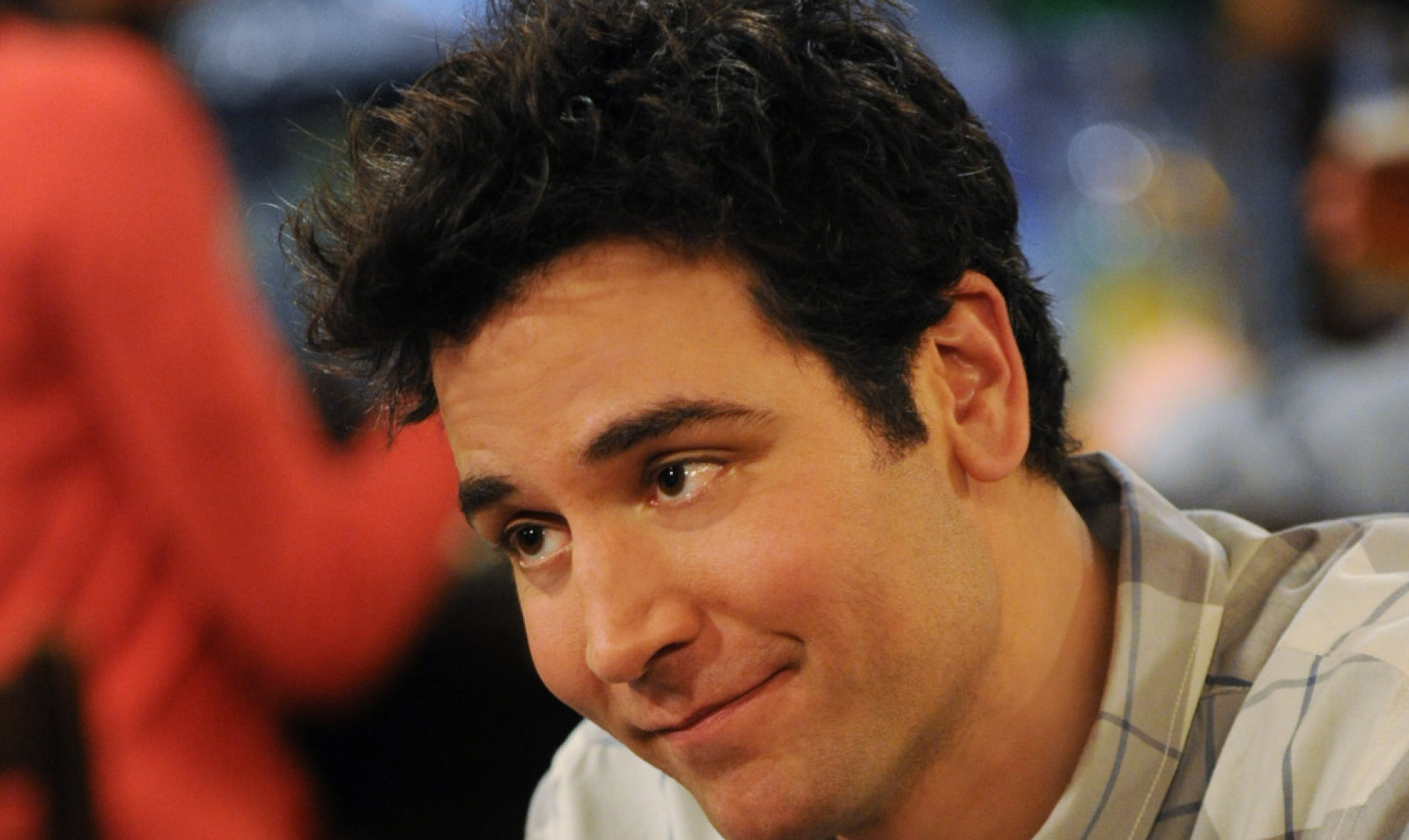 We have a bone to pick with industrial animal agriculture. You might be thinking that the inhumane practices and incredibly unsanitary conditions on factory farms is our only qualm with the livestock production world, but these are merely additional logs on the fire that fuels our disdain. Increasingly, the animal agriculture industry has become more than an insanely cruel and gross entity, it is also causing major damage to our environment.

Now, when you start messing with BOTH animals and the planet, you are just asking to have a Green Monster unleashed on your behalf. While the direct connection between animal cruelty and factory farming might be readily apparent, the impact that factory farm has on the planet is less so. Since we all eat, every day, multiple times a day, understanding the impact of our food choices (and not just on our waistlines) can be pretty important.

To aptly explain the issue, we really need someone who knows everything to enlighten us … someone like, Ted Mosby.

Your mind is about to be figuratively blown.

1. The Majority of the Animals in the U.S. are Raised on Factory Farms.

To understand the overwhelming impact of livestock on the planet, first we have to establish that factory farming is the rule when it comes to producing meat, dairy and eggs.  In the U.S., 99.9 percent of chickens for meat, 97 percent of laying hens, 99 percent of turkeys, 95 percent of pigs, and 78 percent of cattle are raised in factory farms. So, the debate over the efficacy of small-scale, organic farms is pretty much moot considering that the vast majority of livestock exist as part of the factory farming conglomerate. 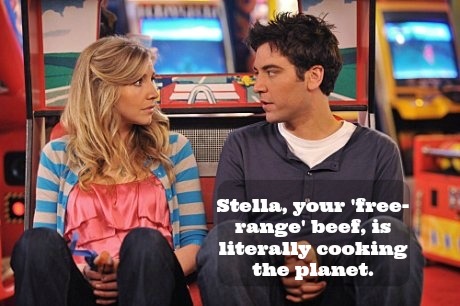 2. Livestock Take Up a lot of Space.

Grazing cattle pose a particularly large threat to the planet as it takes about one acre of land to sustain a single cow. Around 26 percent of land, worldwide, is allotted for grazing cattle. In the U.S. alone, 88 percent of agricultural land is devoted to producing beef calories. Since the planet doesn’t have a wealth of wide open spaces (sometimes pesky trees get in the way), deforestation to make room for cattle has become the norm. At our current rates of deforestation, National Geographic estimates we have about 100 years left before the world’s rainforests vanish completely. 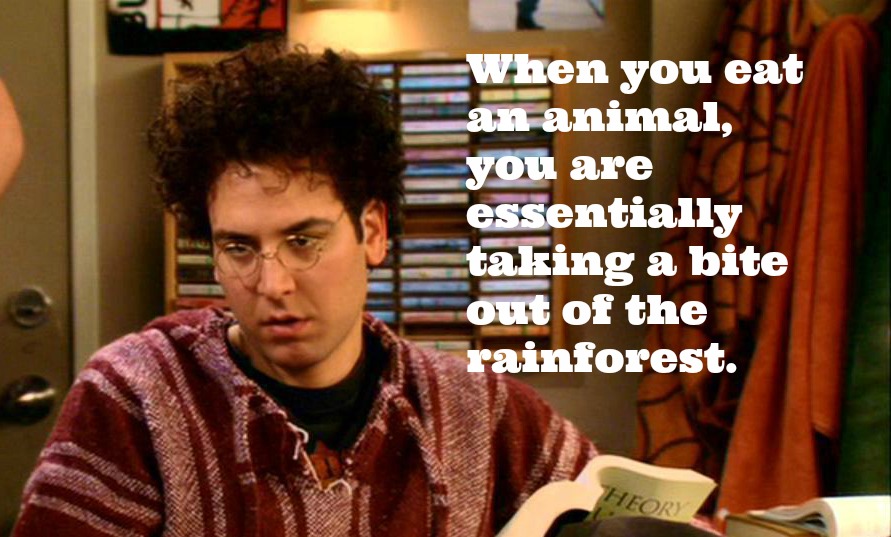 Trying to fatten up animals as quickly as possible to get them to reach market weight requires a lot of animal feed. On a global scale, 85 percent of the soy beans we grow are crushed to make livestock feed. Again, to meet the demand for crops that feed animals, we have to turn to convert forest land into cropland … which means more deforestation. It is estimated that worldwide, an area the size of Belgium, France, Germany and the Netherlands, has been converted to soy plantations. A staggering one-third of the world’s land mass is designated for growing livestock feed. 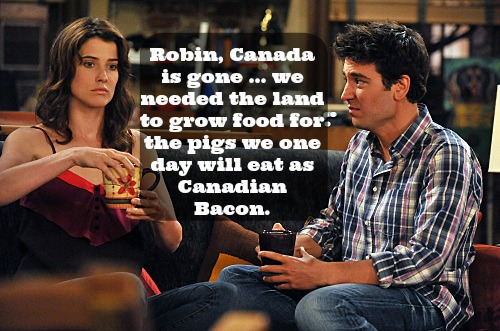 Simply put, livestock are like walking methane machines. Between the carbon dioxide the BILLIONS of animals we’ve mass produced exhale, to the gases released when they all “pass gas” … The United Nations Food and Agriculture Organization (FAO) estimates that livestock production is responsible for 14.5 percent of global greenhouse gas emissions, while other organizations like the Worldwatch Institute have estimated it could be as much as 51 percent. The waste lagoons used to store the excrement from the thousands of animals who reside in factory farms contribute an enormous amount of air pollution. Not only is the foul smell an issue, but these lagoons contain highly concentrated levels of ammonia that mix with bacteria to form nitric acid. When it rains near factory farm, it is literally nitric acid rain. Hydrogen sulfide and endotoxins also get mixed into the air as particular matter from these lagoons which can cause serious upper respiratory conditions. Oh, and in case that didn’t gross you out enough … Swine Flu and Avian Flu are transferable via air currents coming off these massive cesspools. 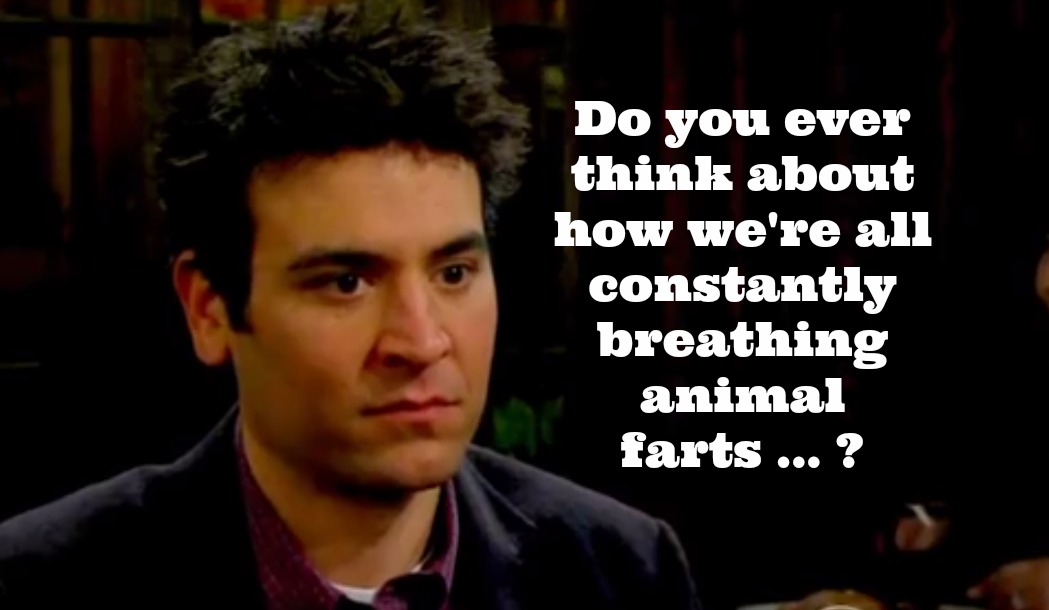 5. Running a Factory Farm Requires a TON of Water

It takes roughly 1,799 gallons of water to produce one pound of beef. Sound crazy? Well, consider the fact that agriculture uses 70 percent of the world’s fresh water resources and one-third of that is allocated solely for growing feed for livestock. See, the majority of water involved in livestock production does not even go towards hydrating animals. In a dairy operation, for example, the cows not only need water to drink and consume virtual water in the form of their feed, but in order to keep the cement floor of the milking parlor clean (from cow manure, milk residue, etc.) they use automatic flushing systems. On average, these systems can used 150 gallons of water per day, PER COW. In total, a single dairy operation that hold 700 cows uses 3.4 million gallons of water everyday … and we’re not getting that back. 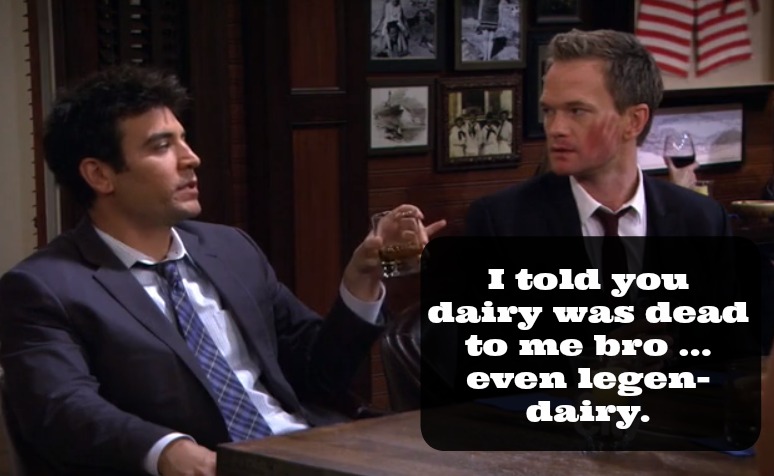 As Our Love for Meat and Dairy Grows, so Does the Impact on the Planet.

At our current rate of livestock production and consumption, scientists predict that we are set to exceed global targets for greenhouse gas emissions by 2050. And these targets are supposed to take into account every single anthropogenic source of greenhouse gases – but we’re going to exceed targets from just livestock alone. Taking into account the roughly two billion more people who will be on the planet by 2050, to meet demands for meat, dairy and eggs, we are going to need 42 percent more land to grow livestock feed, and all the additional animals needed are projected to spew an astounding 58,615 million tons of carbon dioxide into the atmosphere.

So, if you are anything like Ted Mosby, now that you know these facts … you’re going to happily spread this knowledge to anyone who is willing to listen (or not willing either). But please, now that you know, consider what you can do to change your diet to prevent the livestock industry from wreaking literal havoc on the planet. Even a small reduction in your consumption of meat and dairy can make a difference!