Are Dolphins Still Dying Because of the BP Oil Spill? 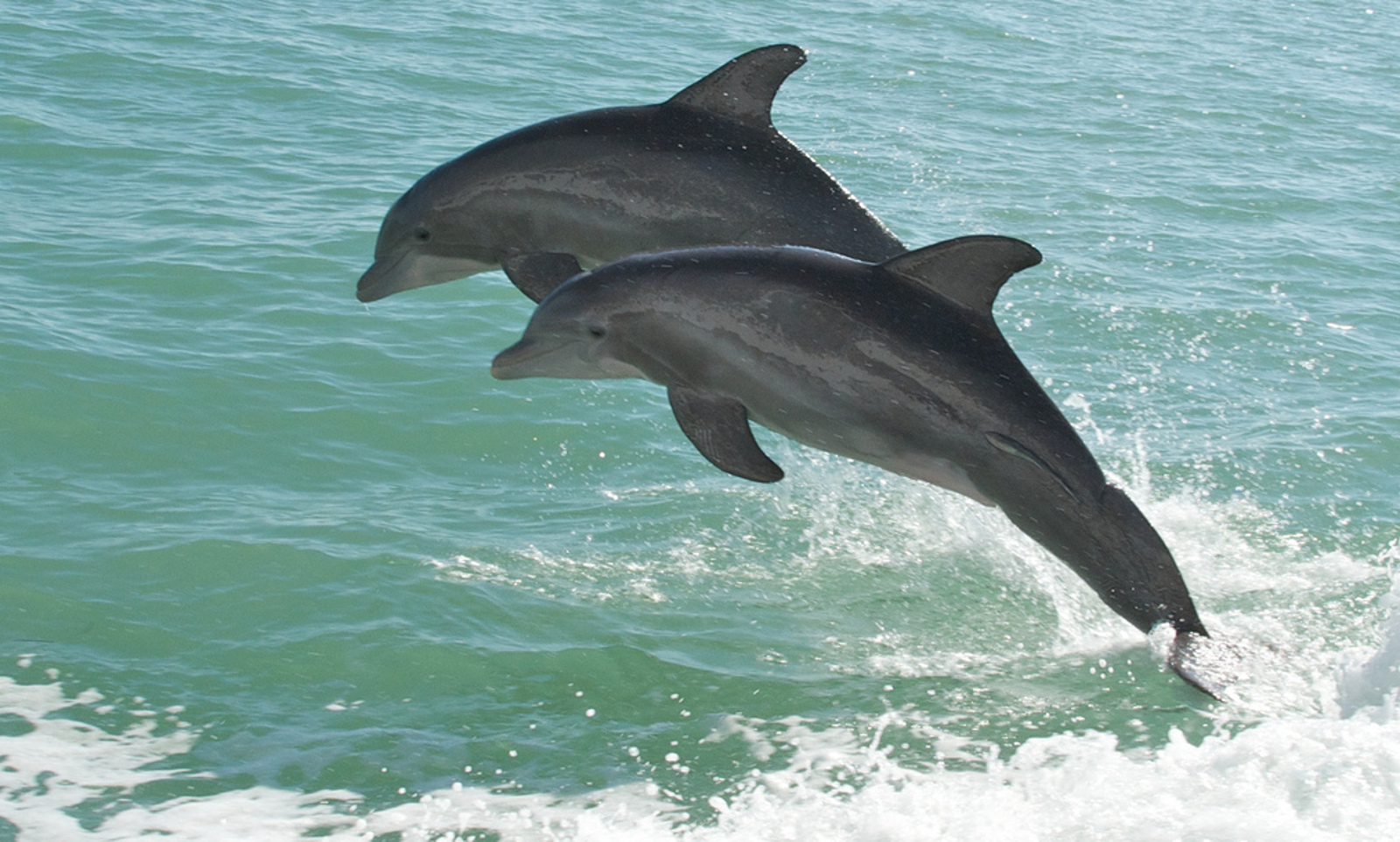 It has been five years since the fateful Deepwater Horizon/BP oil spill in the Gulf of Mexico. Over the course of the spill between 100-300 million gallons of oil were released from the faulty rig. Within the four months following, over 7,000 marine animals were reported dead or debilitated.

During the clean up process, around one to three million gallons of chemical dispersants were dumped into the oil-slicked waters, yet a recent study found that at least one-third of the oil has been mixed with sediment and remains in the bottom of the Gulf. Direct contact with oil can be an immediate death sentence for marine mammals, especially dolphins who can breathe in oil at the surface, as well as other toxic compounds released in the air, directly through their blowholes.

While the impact on animals in the Gulf was quite evident in the days and months following the spill, many scientists were left to ponder what the long-term effects of this event would be. After carefully studying the populations of common bottlenose dolphins in the Gulf over a period of three years, a group of scientists from the Audubon Aquarium of the Americas, the National Marine Fisheries Service and Louisiana Department of Wildlife and Fisheries have released a peer-review study. Noting a stark increase of dolphin strandings, the study illustrates how the impact of this monumental spill persists in the marine animals who continue to reside in the regions most damaged by oil.

Unusual Mortality Events in the Gulf

Between 2010 and 2013, the number of unexplained dolphin strandings, also known as “unusual mortality events,” in the Gulf rose noticeably. It is important to note that unusual mortality events for dolphins have occurred in the Gulf in the past, and they are certainly not unique to this single body of water. However, as researchers looked deeper into the regions where the most strandings of bottlenose dolphins occurred, it became clear that these were also the areas most affected by the oil spill.

In the Barataria Bay, along the south coast of Louisiana, researchers found that an unusually high numbers of local dolphins suffered from moderate to severe lung disease as well as an adrenal disease that affects dolphin’s immunity. Compounding this discovery, research also observed a spike in the number of perinatal, or newborn, dolphin strandings across the coast of Mississippi and Alabama.

Other dolphins were found to suffer from hormonal imbalances, pneumonia and liver disease.

These illnesses are consistent with the effects of oil exposure, identified by the National Oceanic and Atmospheric Administration. However, the authors of the study seem hesitant to outwardly name the Deepwater spill as the cause of these usual mortality events.

Citing the fact that finding the definitive cause of strandings is extremely difficult because carcasses are often too decomposed to pinpoint what lead to their death, the scientists do offer up the possibility that other environmental factors could have been involved.

BP has also spoken out against this report (unsurprisingly) and insists that the accident cannot be directly tied to the death of these dolphins. While it may be true that fluctuations in temperature and other factors could have contributed to some recent dolphin deaths, it hardly seems feasible that this was the case for 94 percent of the 1,035 dolphins who washed ashore already dead.

How Oil Affects the Ecosystem

When oil is spilled into a marine environment, not only are these animals exposed to the toxins found in the oil itself, but they are also assaulted with dispersant chemicals. Ocean Alliance has spent the past five years studying sperm whales in the Gulf and they were joined by Sea Shepherd for the past two summers to form Operation Toxic Gulf. Collecting samples from sperm whales in the area, Ocean Alliance and Sea Shepherd began to note a relationship between dispersant chemicals and high levels of persistent toxins and heavy metals in the marine ecosystem. They also found that oil dispersant chemicals have had a “genotoxic” effect, meaning these chemicals can damage DNA and act as precursors to cancer.

Like the chemical constituents of oil that are highly poisonous to marine life, the chemicals used to break up oil spills are harmful to marine animals as well. Seeing as how one-third of the oil spilled in the Gulf still remains on the sea floor, it can be deduced that the entire marine ecosystem is still literally bathing in oil-based toxins. While animals, like dolphins, who tend to live in the upper regions of the water might be exposed to fewer chemicals than the creatures who reside on the sea floor, we know that toxins have a way of moving up the food chain. As animals absorb chemicals and heavy metals into their fat and muscle tissues, concentrations of toxins rise as they travel up the food chain.

Sea Shepherd and Ocean Alliance found that sperm whales (at the top of the food chain) had high levels of metals and persistent chemicals in their fat tissues and the same could be applied for the Gulf’s dolphins.

When we know how toxins associated with oil spills can travel through the ecosystem and persist for years on end, to assert that recent mass stranding events (of dolphins with compromised adrenal and respiratory systems) could be completely unrelated to oil exposure seems remiss.

What We Learn From This?

Because there was no formal study of the health of dolphins in the Gulf prior to this one, the authors of the study cannot say with 100 percent certainty that the horrendous condition of the bottlenose dolphin population is the result of the spill. This fact has also enabled BP to (yet again) skirt the blame for the damage caused by this enormous accident.

Although all indicators seem to point to oil as a driving factor in the decline of the bottlenose dolphin population’s health and numbers, we might never be able to know for sure. What is certain, however, is that these animals have been exposed to a huge amount of marine pollutants thanks to human industry. On land, we hardly consider how our everyday actions affect the many inhabitants of the ocean, but as this case shows us, we need to.

There are currently 270,000 tons of plastic floating on the surface of the ocean, and countless other toxins are being dumped into the marine environment daily. By taking a moment to realize the impact that the products we purchase and use (including fossil fuels) have on other animals, we can all start to work towards a more mindful future. While getting Big Oil to call it quits would be nice, a more feasible goal we can all achieve is to remove plastic from our lives.