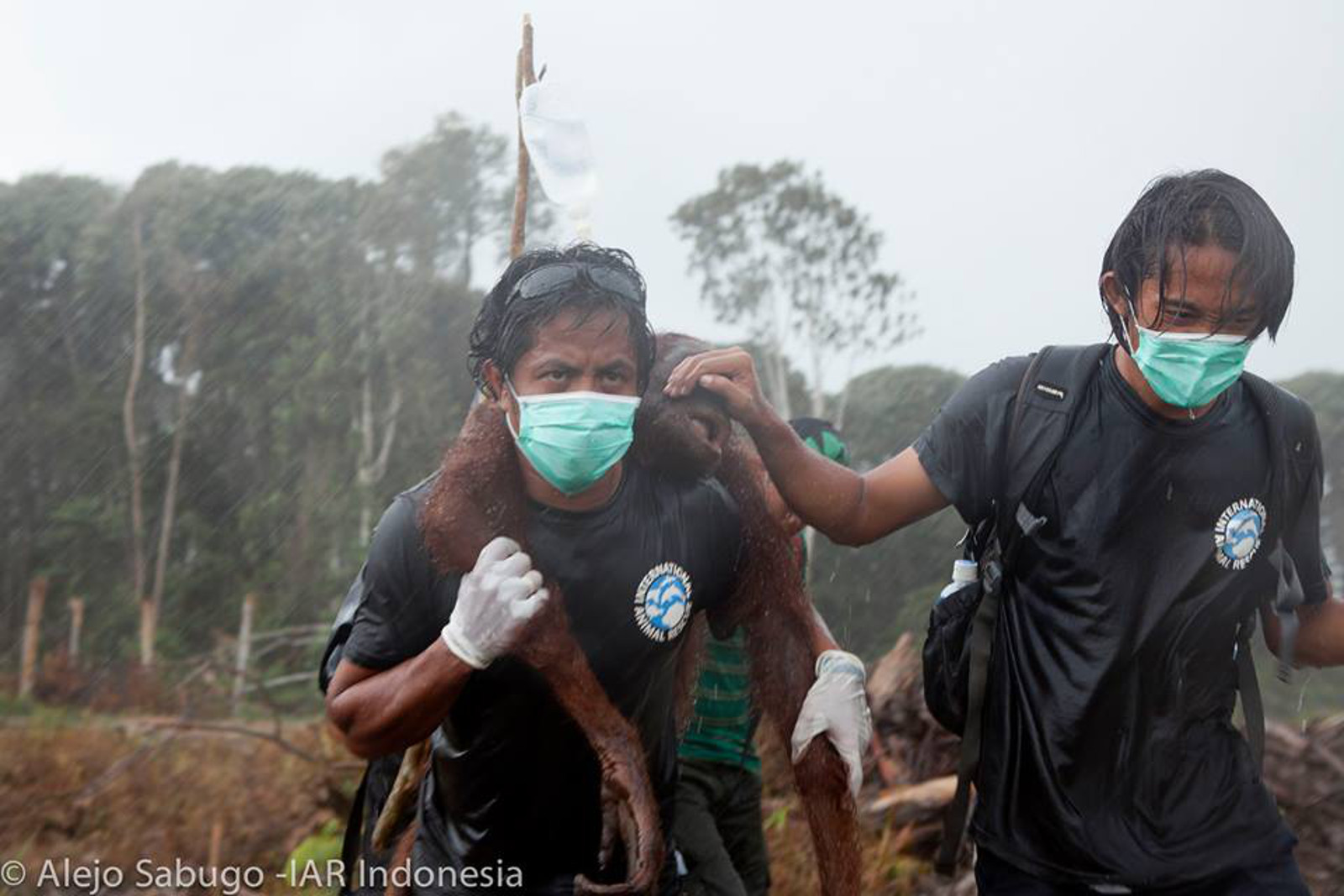 Palm oil is a ubiquitous product on supermarket shelves. Highly esteemed by manufacturers due to its versatility and low cost, it can be found in an estimated 50 percent of everyday consumer goods, including snack bars, cosmetics, cleaning fluids, and pet treats. It was even used in the production of toxic napalm during World War II. Nowadays, 90 percent of the world’s palm oil is produced in Indonesia and Malaysia. Its large-scale commercial production in these countries has, unfortunately, had a devastating impact on the people and animals in the areas where it is grown.

For example, in the Leuser Ecosystem of Sumatra, Indonesia, palm oil companies often ignite highly destructive forest fires that kill and displace countless wild animals and cause serious health problems for local communities. Sadly, an estimated 300 football fields’ worth of rainforest are destroyed every single hour in order to be replaced by palm plantations. Burning forests and peatland have been estimated to account for 97 percent of Indonesia’s greenhouse gas emissions, and the country’s daily greenhouse gas emissions level has now risen above that of the U.S.

Malayan Sun bears, Sumatran tigers, Pygmy elephants, and Sumatran rhinos are all threatened with extinction by the actions of the palm oil industry. The Leuser Ecosystem’s ongoing conversion from lush rainforest into sterile palm plantations is also threatening the future of one of its most iconic indigenous species: the orangutan.

These amazing animals share 97 percent of their DNA with humans and have proven themselves to be highly intelligent and resourceful. When they are in their natural rainforest habitats, they spend virtually all of their time in the treetops, caring for their loved ones, exploring their environment, and foraging for food. According to The Orangutan Conservancy, they could be characterized as having “four hands instead of two hands and two feet.” The organization adds that this “makes them graceful and agile while climbing through the trees but it makes walking on the ground somewhat slow and awkward. That is why the orangutan is at a great disadvantage on the ground and why the orangutan rarely comes down from the treetops. Their food is there, their home is there, and they are safer there.”

Orangutans are highly adapted to their arboreal lifestyle and have demonstrated impressive problem-solving capabilities. In times of water scarcity, they will frequently chew up leaves to make a sponge that absorbs water from nearby tree cavities. They have also been observed making umbrellas for themselves out of large leaves, to shield themselves from the rain. They have also demonstrated creative ability, by making a variety of tools to assist them in their search for food.

Tragically, however, these animals may not be with us for much longer if the palm oil industry’s destructive actions are allowed to continue. Orangutans can be shot on sight if they wander onto a palm plantation. Over the past two decades, 20,000 of them have met their deaths at the hands of the palm oil industry, with at least 1,000 of them directly killed for their presence on palm plantations each year. Just 60,000 orangutans now remain in the wild, and some experts predict that they could be extinct within thirty years.

In the face of this desperate prediction, a number of dedicated wildlife rescue organizations are committed to saving orangutans and rebuilding their fractured habitat … before it’s too late. One such organization is International Animal Rescue (IAR), which is renowned for its lifesaving work with orphaned and abused wild animals.

An image they shared to their Facebook page reveals just what a difficult task their rescue team is faced with when saving a terrified orangutan. 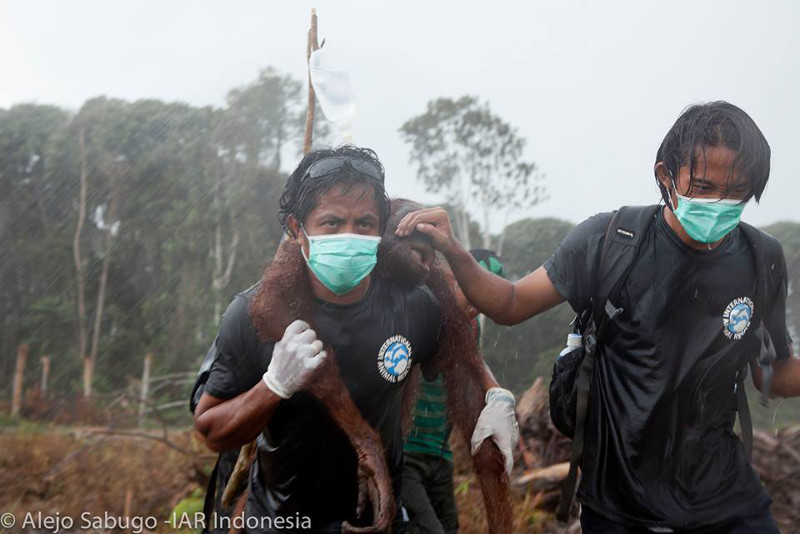 The two men in the picture – named Syifa Sidik and Argitoe Ranting – were hailed as “truly real life heroes” by the IAR team. They are at the frontline of a fight that has reached a critical point, as IAR explain on their website: “Animals are suffering and dying because of the systematic destruction of the rainforest, primarily for palm oil production, particularly in Kalimantan, the Indonesian part of the island of Borneo. IAR’s team is working in West Kalimantan to rescue and care for baby orangutans that have been taken from their mothers to be illegally sold as pets and adults that have spent their entire lives in captivity, chained up or imprisoned in tiny cages. Our human-orangutan conflict (HOC) team also comes to the aid of orangutans left stranded when their forest home is destroyed and translocates these vulnerable animals to safe areas of protected forest. Any animals that can no longer survive in the wild will be given a permanent home at the centre.”

To find out more about IAR’s vital work, you can visit their website or Facebook page. A donation link is available here.

The key to ending the scourge of deforestation and protecting orangutans for good is to lower the demand for palm oil and seek out more planet-friendly alternatives. For more information on the destructive influence of the palm oil industry, and how you can make a difference, read some of the articles below.