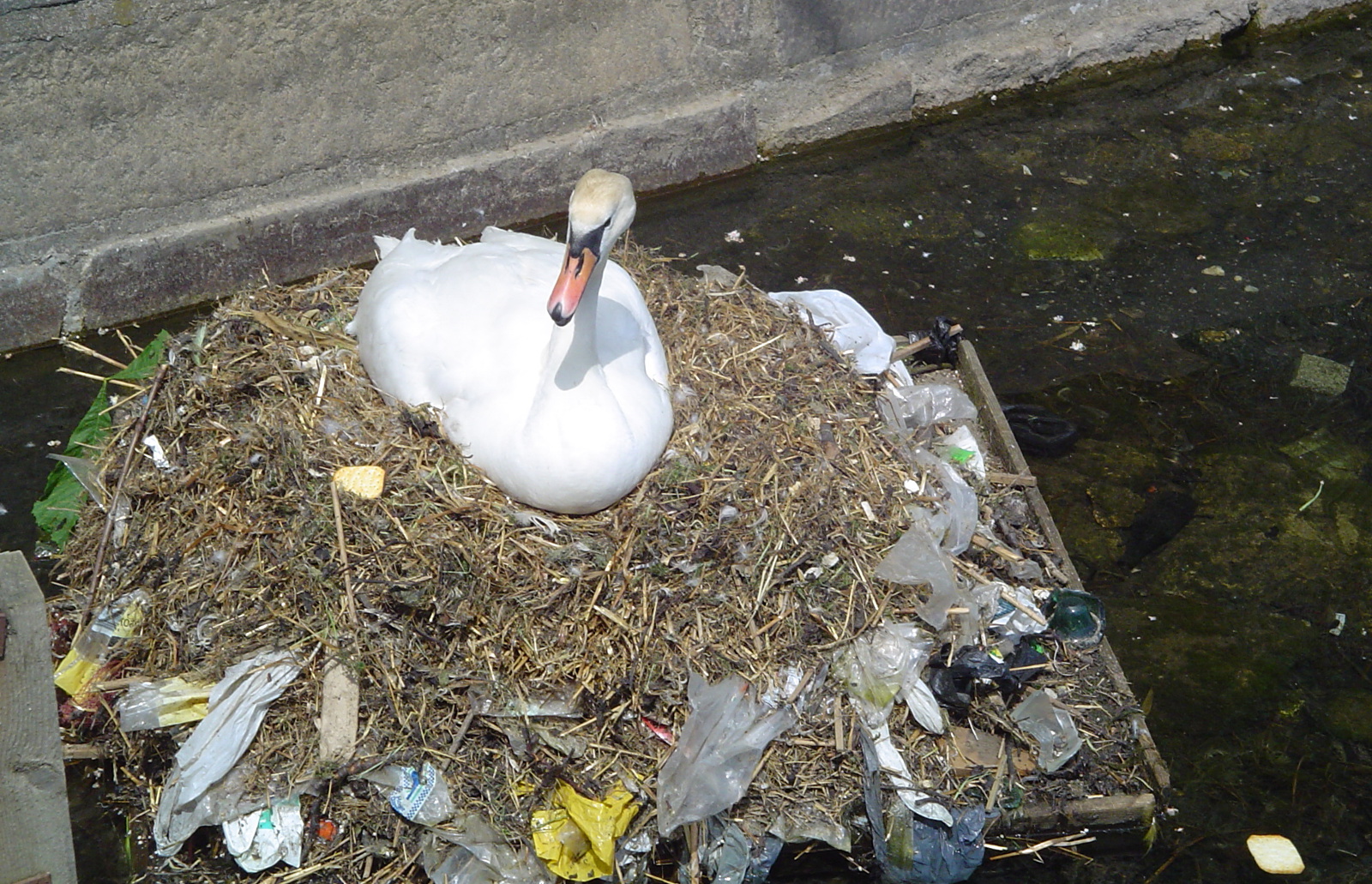 We often don’t realize it, but a lot of the items we use each day can have devastating effects on wildlife. People are busy, making them rely more and more on convenience products as they move through their day. But let’s take a moment to consider what happens when we finish that bottle of water or cup of coffee, that snack-size bag of pretzels, or grab a couple of plastic bags at the store.

According to a 2013 report produced by the EPA, Americans produce 254 million tons of trash every year, about 34.3 percent of which is recycled or composted. The remaining 87 million tons end up in landfills. Additionally, around 8.8 million tons of plastic get dumped directly into the oceans each year. Globally, we’re producing about 2 billion tons of trash. This trash emits hundreds of millions of metric tons of carbon dioxide into the air and litters natural habitats and water sources, where it becomes a danger to animals. Our “out of sight, out of mind” mentality results in us failing to acknowledge how much trash we’re actually producing, and how our daily habits help contribute to the issue. 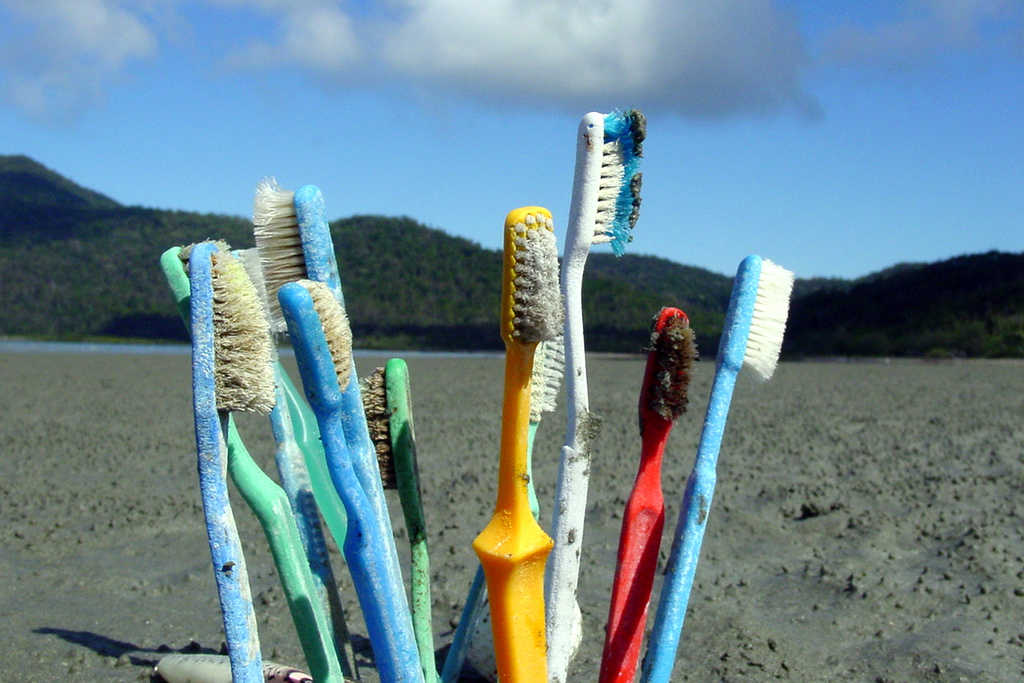 Now obviously, we’re not telling you to stop brushing your teeth, but you should know that about 50 million pounds of disposable toothbrushes are making their way into U.S. landfills every year. The toothbrushes in this photo were found washed up on a beach, which means at one point they were floating through the ocean, making them a hazard to both animals on land and in the sea. As an alternative, check out toothbrushes like Preserve, which are made from recycled yogurt cups and can be sent back to the company for recycling, or the plant-based toothbrushes from Brush with Bamboo.

2. Our Obsession with Bottled Beverages

Plain, fizzy, or flavored, there’s no shortage of options when it comes to bottled beverages. You may think it’s a convenient way to hydrate yourself while out and about, but our love of bottled beverages, water, in particular, comes with a price. In addition to contributing to plastic pollution, about 55 percent of bottled water comes from springs, which doesn’t sound so bad until you realize we’re robbing wildlife habitats of millions of gallons of water for the sake of convenience. And by the way, the other 45 percent of bottled water is actually plain old tap water that’s been treated – so save the animals, and your wallet, by opting to fill a reusable bottle from the tap. 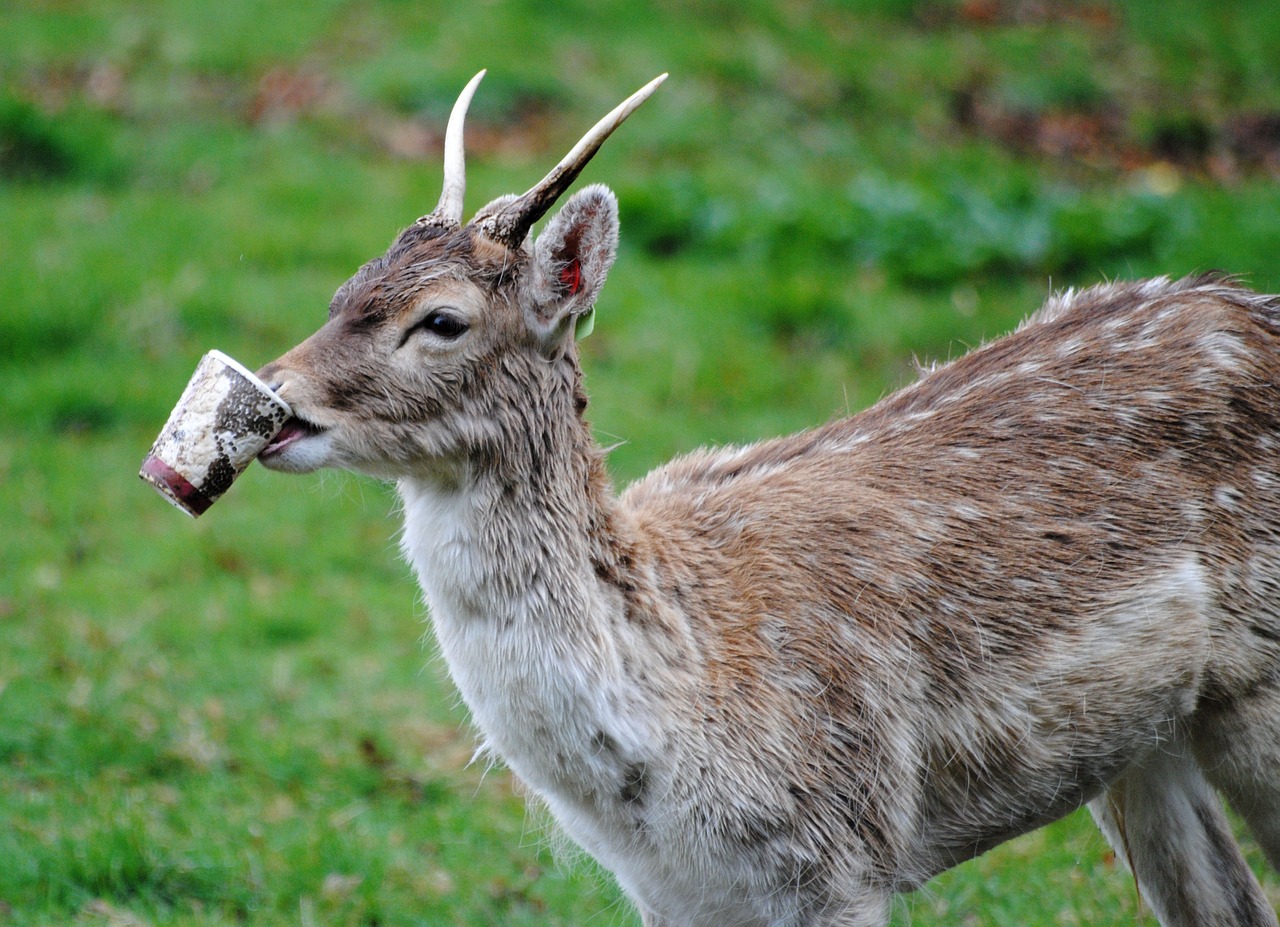 This photo might make some people giggle, but it’s anything but funny. When you swing through the coffee shop or gas station to grab yourself a cup of coffee, take a moment to think about where that cup will end up. 50 billion coffee cups make their way to landfills every year because the coating inside makes them unable to be recycled. And don’t even get us started on Styrofoam, which has been banned in some cities due to its toxic chemical makeup. Instead, opt for a reusable travel mug. It’s better for animals and the planet, and will keep your coffee warm longer than a thin paper cup.

Plastic shopping bags are still a common sight in stores because they’re inexpensive and considered convenient for customers. Unfortunately, this convenience results in us going through 500 billion plastic bags worldwide every year, and when they end up in the trash it harms both animals and the environment. Bags end up wrapped around trees and littering our ground where wildlife can ingest or become entangled in them while searching for food. In our oceans, they’re ingested by animals who mistake them for food sources such as jellyfish, causing the death of hundreds of thousands of marine animals each year. Cities are stepping up to the plate by placing bans on plastic bags, but why wait? Do the animals a favor by ditching plastic and opting for reusable bags instead. 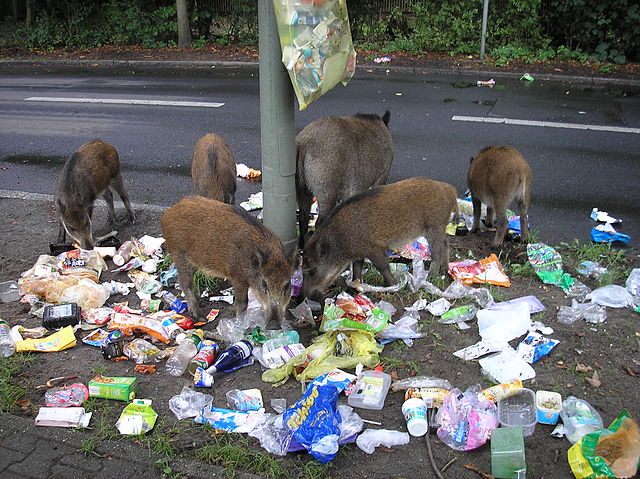 We’re all busy, and sometimes grabbing food on-the-go or having it delivered is the most convenient option. But what about the container and disposable silverware that typically accompanies that meal? While some of it can be recycled or composted, most of it ends up on the trash – about six million tons per year, to be exact. Pieces of plastic are often mistaken for food and swallowed by animals or marine life, leading to a painful death when it clogs their digestive tract. The fix? If you’re heading out to a restaurant, bring your own takeout container along for those tasty leftovers. For meals at school or the office, pack yourself a zero waste lunch complete with reusable utensils and containers.

Making the Switch is Easier than You Think

This all might seem a bit overwhelming, but slowly eliminating disposable items from your life is a lot easier than you think.