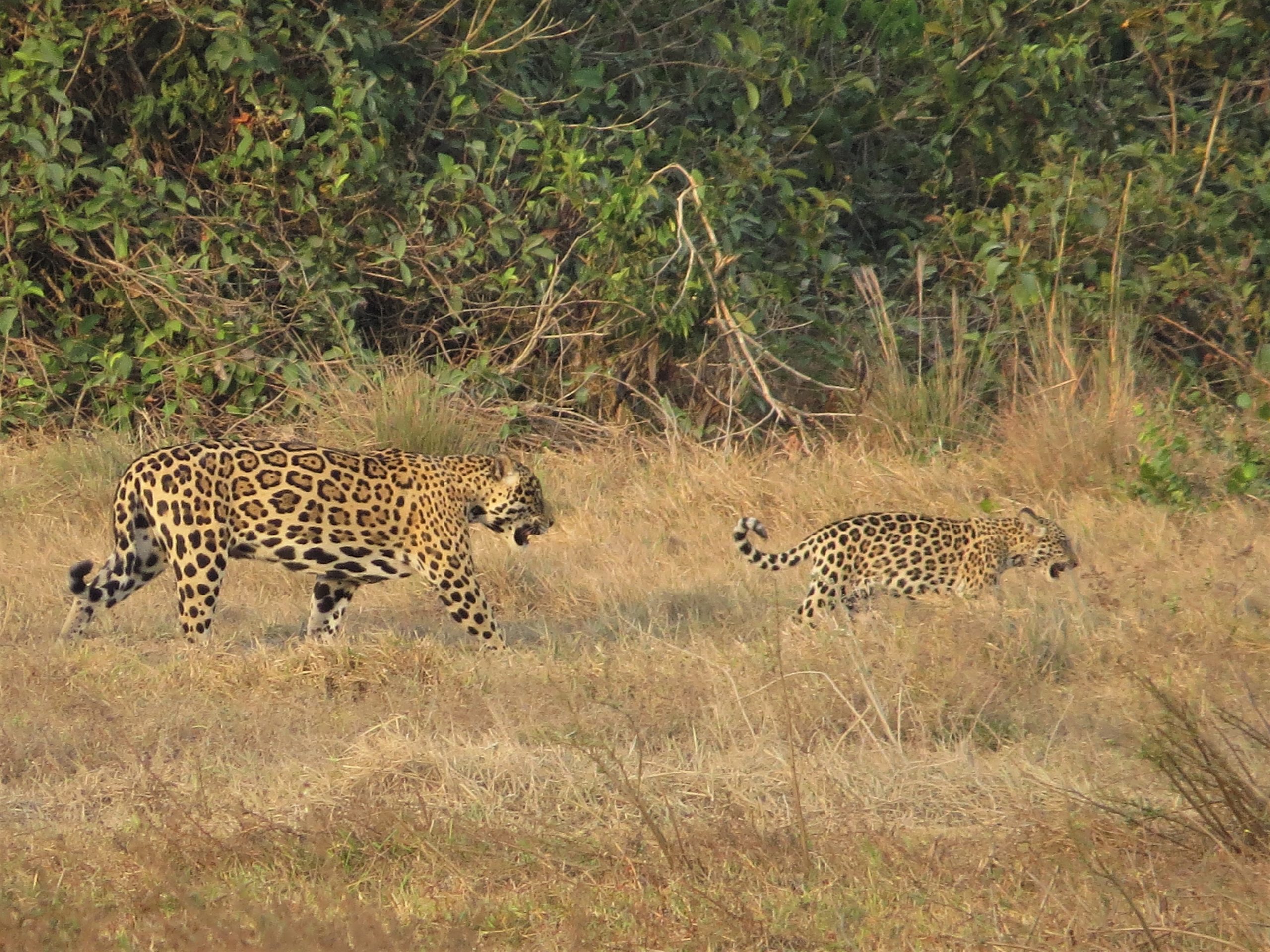 The Llanos is a vast tropical grassland in eastern Colombia teeming with wildlife that sits within a mosaic landscape of extensive livestock ranching. The region, which is home to capybaras, howler monkeys, anacondas, over 350 bird species, and jaguars – the Americas’ largest wild cat – is an up-and-coming ecotourism destination, still emerging from a turbulent past that included drug trafficking and internal strife. 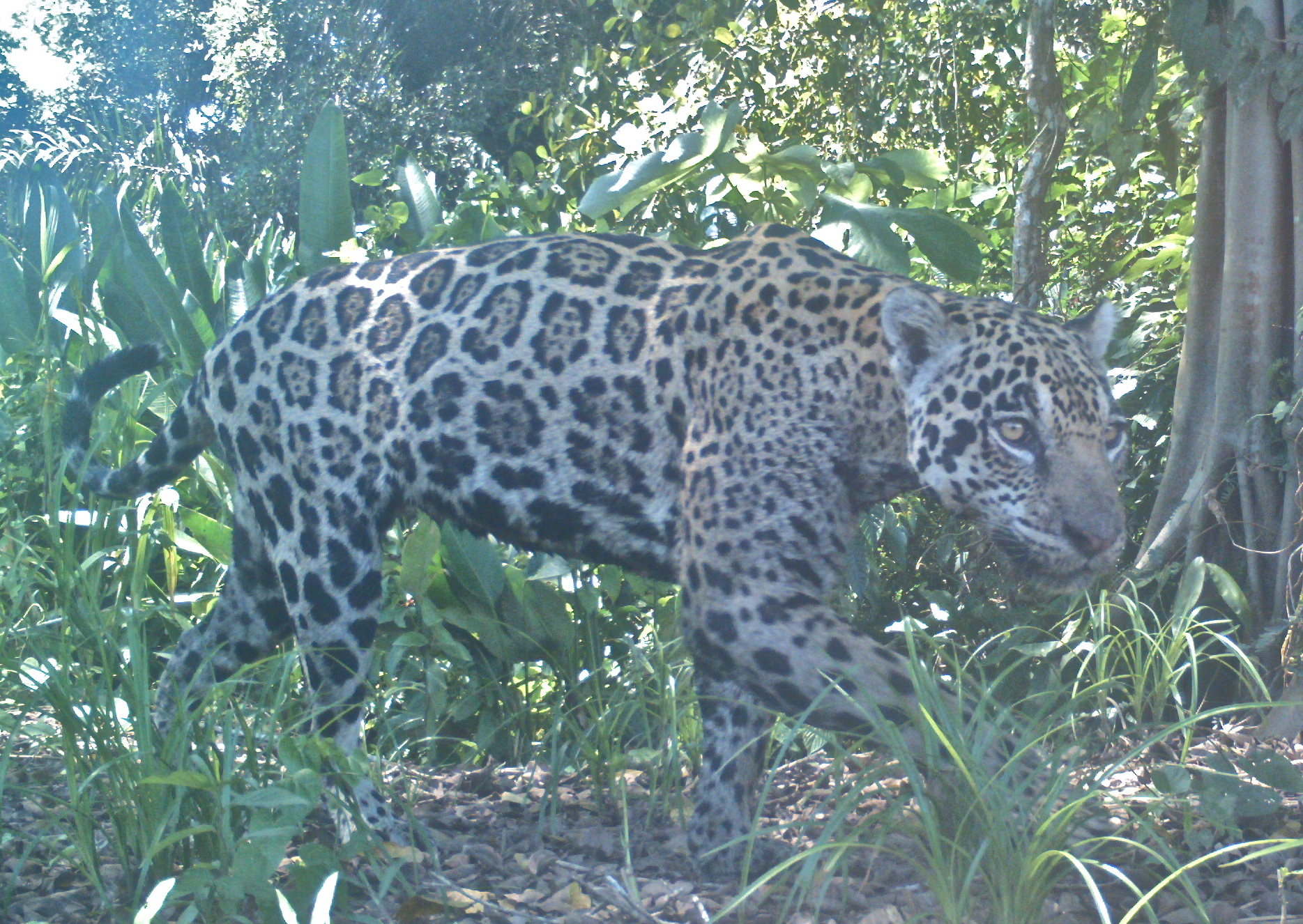 For decades, conflict with cattle ranchers has served as one of the biggest threats to the region’s jaguar population, with ranchers protecting their herds from jaguars through preventative and retaliatory hunting.

Recognizing that buy-in from the local community is paramount to conserve wildlife like the jaguar, Panthera, the global wild cat conservation organization, has implemented a two-pronged jaguar recovery plan in the region: mitigating conflict with local ranchers while supporting the nascent sustainable ecotourism industry centered around Hato La Aurora – a large ranch encompassing the region’s Natural Reserve – and Juan Solito Ecolodge, a rustic eco-hotel that caters to visitors of the reserve.

The Reserve is part of Panthera’s Jaguar Corridor Initiative, an ambitious conservation program that seeks to preserve the genetic integrity of jaguars by protecting them across their entire six million square kilometers range from Mexico to Argentina. Today, the jaguar is listed as “near threatened” by the International Union for Conservation of Nature. It is estimated there are some 15,000 of the cats left in Colombia, and about 170,000 in the Americas as a whole.

Across this vast range, jaguar numbers have been decreasing, with farming, residential and commercial development posing a serious threat to jaguar survival. The Jaguar Corridor Initiative is built on a multi-dimensional process. Country by country, Panthera’s scientists have been mapping the jaguar’s presence and the corridors through which they roam and raise their young. Using this data, Panthera partners with governments and corporations to support land developments that are both economically profitable and ecologically sustainable, allowing safe passage for jaguars and other wildlife.

Working Together For Science And Profit 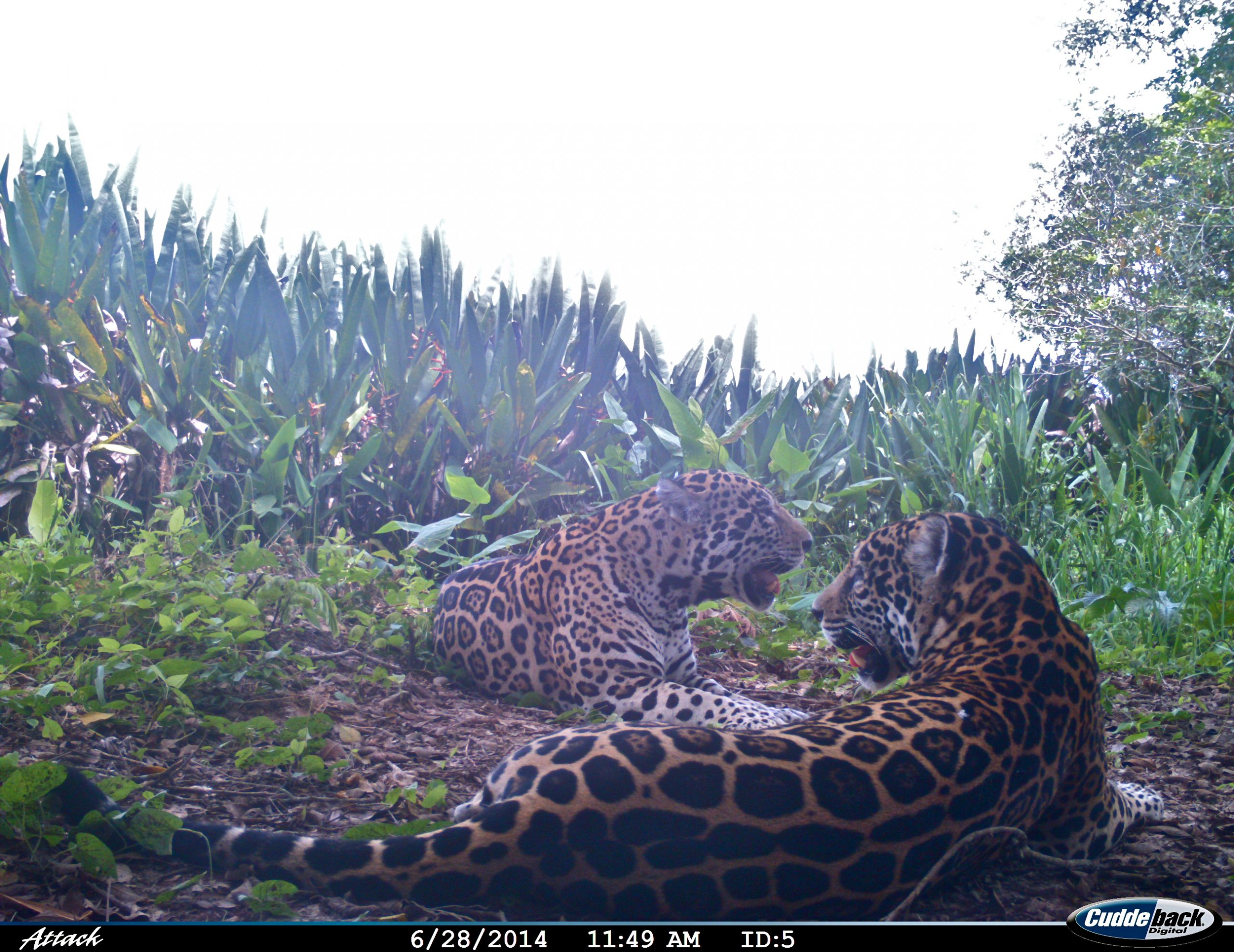 For the past six years, Panthera has helped local communities in La Aurora and the region coexist with jaguars and see the animals not as an economic liability but as a source of sustainable income. Before the program was implemented, La Aurora saw as many as 100 cattle fall victim to jaguars per year at a loss of some $300 per head. But now a wide variety of innovative tactics are helping to prevent cattle loss while simultaneously shaping the area into one of the few ecotourism destinations in the world where visitors can experience a jaguar sighting. These tactics include: 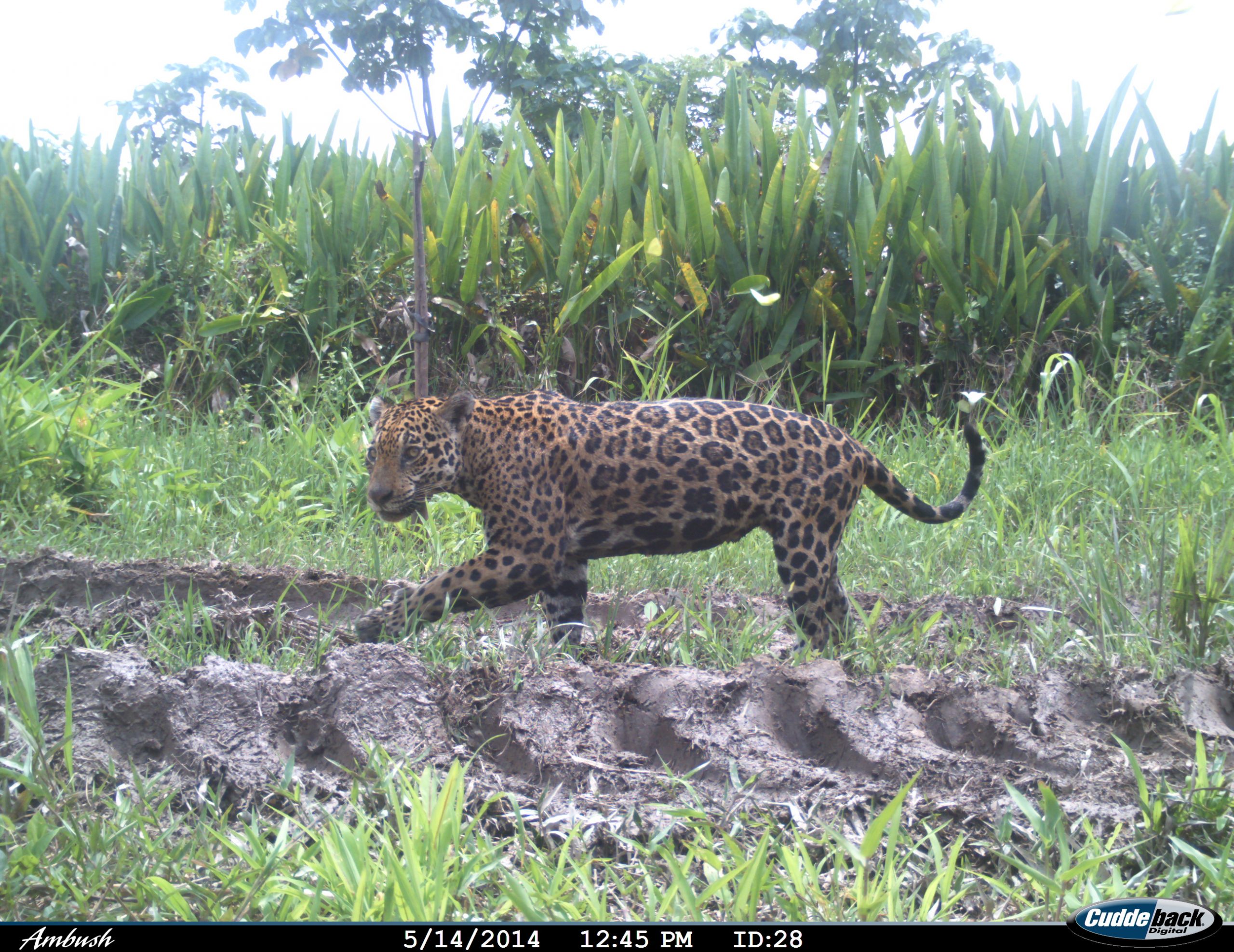 Jaguar sightings by tourists are now 20 times more likely, with Panthera identifying 54 jaguars at the Aurora ecolodge and its landscape in the Llanos. Over 50 other Colombian ranches are now following in La Aurora’s footsteps, seeking to better coexist with the jaguars they used to regard as their foe. While the tourism revenue stream has been hit hard by the pandemic, this success indicates Panthera’s model of preventing attacks on livestock and providing benefits to local communities works to increase jaguar populations.

As local jaguars are becoming habituated to human presence, they have less reason to fear human hunters. Once travel begins again, this behavior will provide a long-term economic boom to La Aurora as the high chance of seeing jaguars will bring more tourists. In addition, since jaguars that do not face the stress of human hunters are likely to lead longer lives, and females have more litters, the entire ecosystem will benefit from creating a peaceful circular economy for everyone involved.

Jaguar behavior influences prey behavior, which in turn impacts vegetation growth, all combining to create a healthier ecosystem. The success in the Llanos region, then, is proving to be a successful replication of the jaguar ecotourism model Panthera first initiated in the Brazilian Pantanal, the world’s largest tropical wetland, and home to the highest concentration of jaguars on earth. It is a model that can help save jaguars and human communities across Latin America. 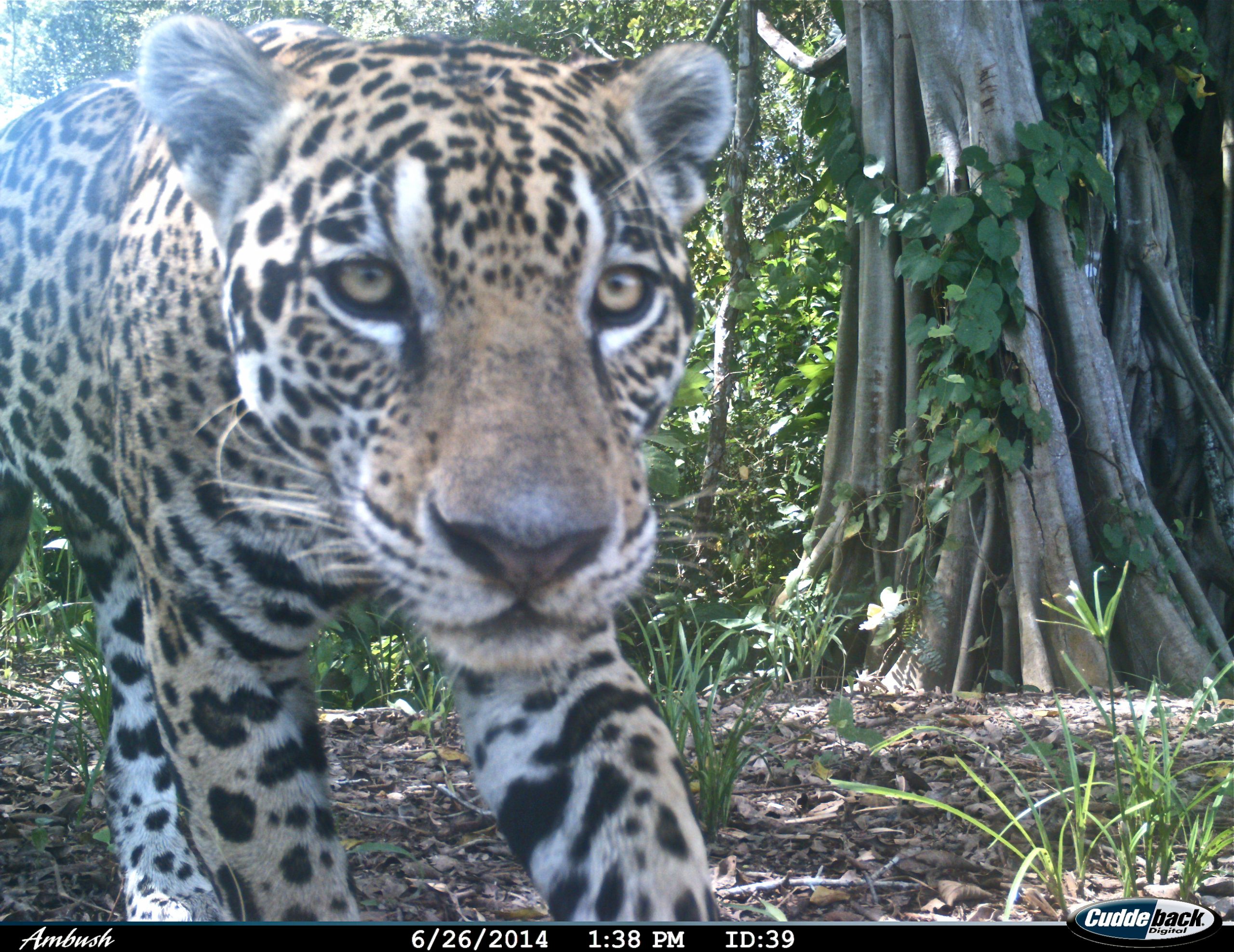 When international travel regains steam, tourists wishing to explore this landscape can visit Hato La Aurora, an extensive ranch encompassing the La Aurora Natural Reserve and Juan Solito Ecolodge, and sitting within the ‘Jaguar Corridor’ – a genetic corridor extending across 18 countries where the jaguar lives. La Aurora is home to approximately 42,000 capybaras, 2,500 deer, and many other mammals, including anteaters and monkeys, and over 350 species of birds. The chance of seeing anacondas in the wild here is high – with a sighting likelihood of 70-90%.

For those wanting to support the conservation of jaguars and other cats in the wild, donate at panthera.org. Panthera’s team of leading biologists, law enforcement experts, and wild cat advocates develop innovative strategies based on the best available science to protect cheetahs, jaguars, leopards, lions, pumas, snow leopards, tigers, and the 33 small cat species and their vast landscapes in 35 countries around the world.