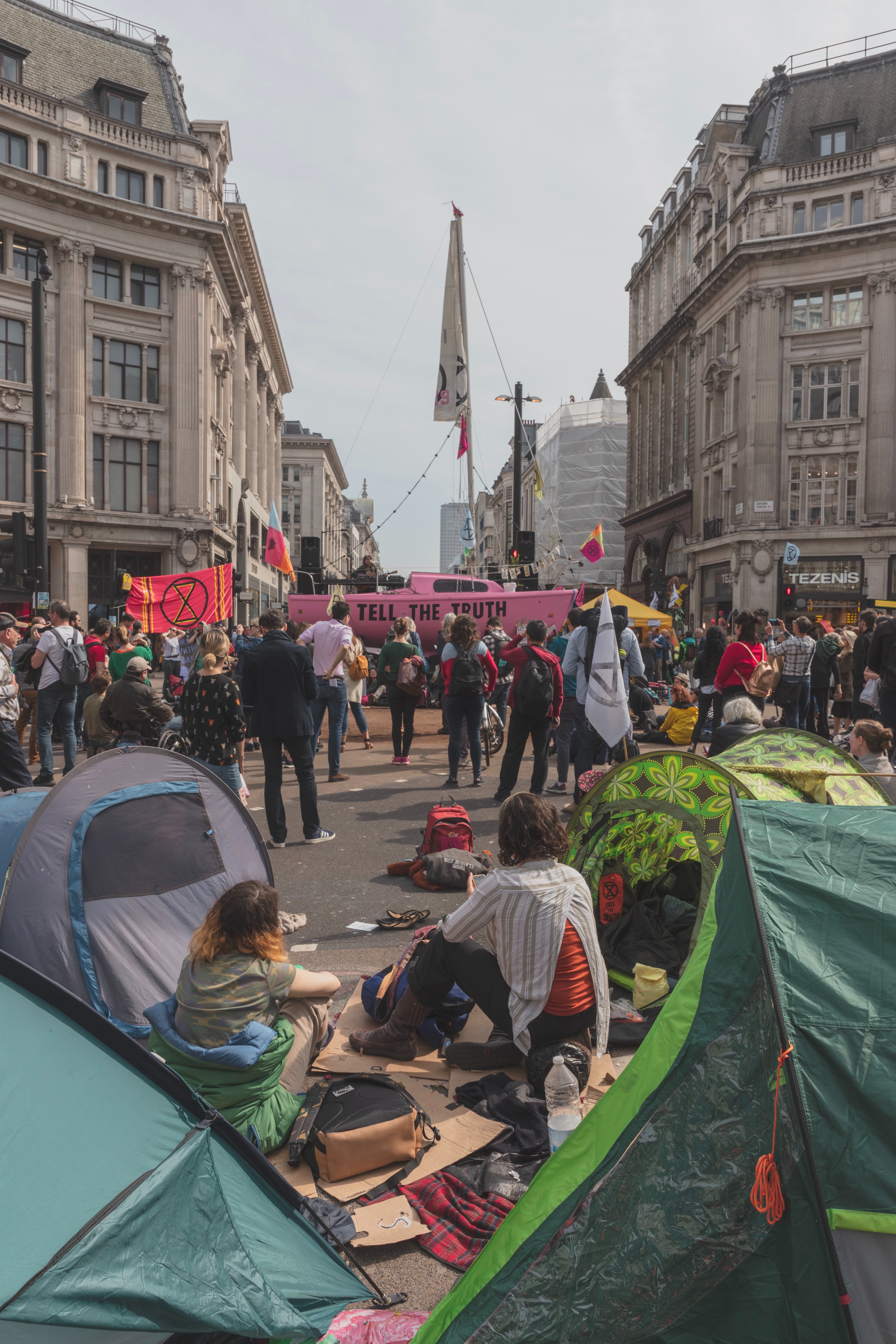 Benedict Cumberbatch joined Extinction Rebellion protesters in London for a few hours on Wednesday night. The group is hosting a two-week protest in Trafalgar Square and across different parts of London. Cumberbatch is in London filming a movie.

Extinction Rebellion protesters are posted up across the globe, in Amsterdam, Sydney and Berlin. According to the Standard, the group that Cumberbatch visited were in front of a hearse with a coffin that read “Our Future.” They are asking for urgent changes on climate and wildlife emergencies around the world. Using civil disobedience tactics to draw attention to climate change, the protestors went to the BBC offices on Friday morning urging them to “tell the full truth,” on the climate crisis.

The group also protested at London City Airport this week, gluing themselves to floors and doors in the airport in front of departures and arrivals gates. The group’s airport protest was again the carbon emissions of the aviation industry.

Police have arrested 1,100 protestors since they began this week. The city estimates that 30,000 protestors are part of the group.

Climate change protests continue around the globe, with the success of the Global Climate Strike at the end of September. Millions of people turned out for those strikes. Activists like Greta Thunberg have called on governments to make immediate changes to prevent disasters from climate change.

Other celebrities and actors have been speaking out against climate change. Actor Jason Momoa spoke to the UN about the urgent need to protect oceans. Willow Smith and other celebrities joined the Climate Strike protests.

Read about the 2020 Democratic Presidential Candidates’ climate change plans in One Green Planet.