Ban Foie Gras in California, Remove Feds from Portland, and Protect Marine Animals in Kazahkstan: 10 Petitions to Sign this Week to Help People, Animals and the Planet! 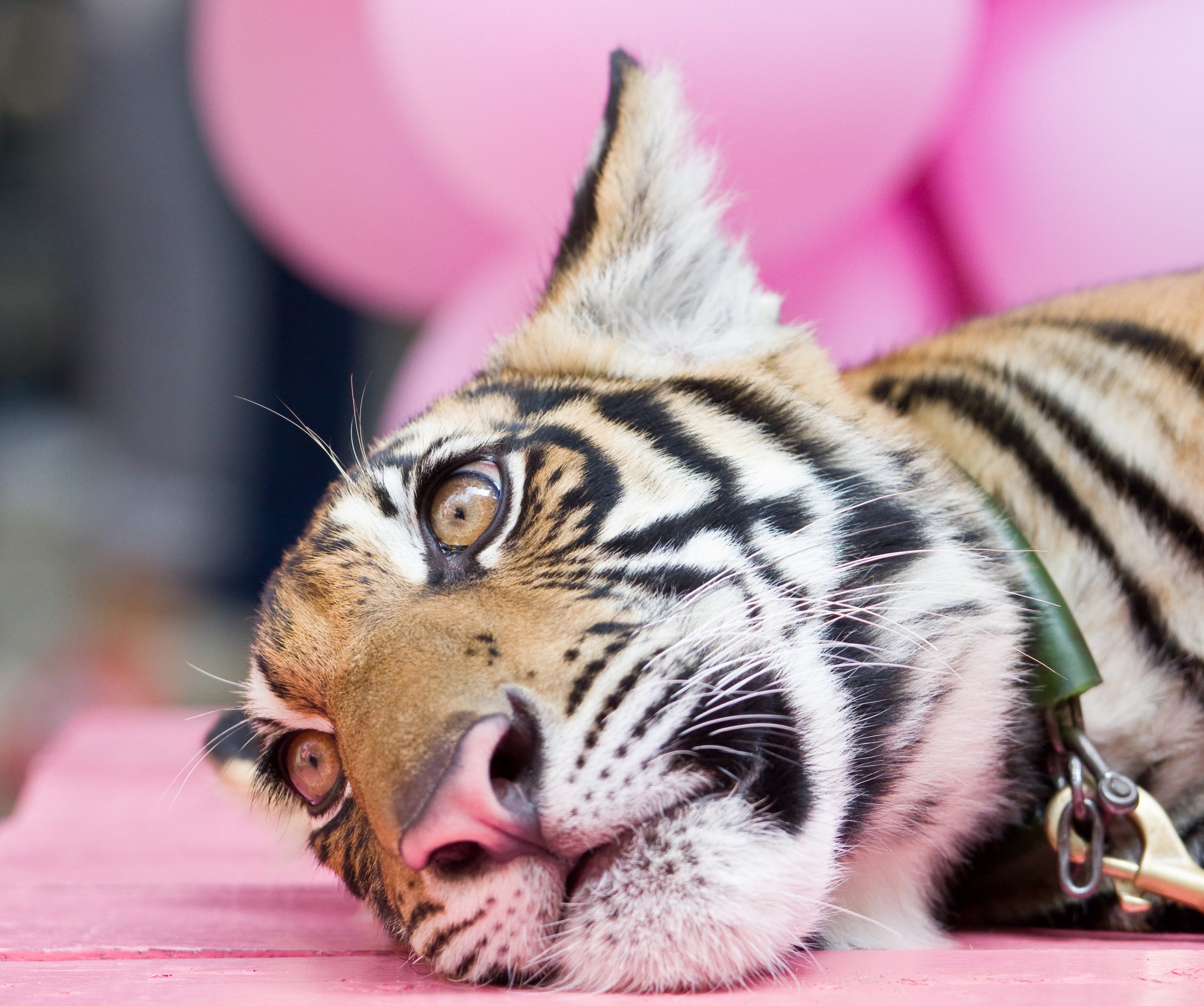 Through petitions, we can reach those in power and demand justice for others. They are valuable tools for making positive changes in the world. If you are looking for a way to help animals and humans, here are 10 petitions you should sign this week, including Ban Foie Gras in California, Get Federal Agents Removed from Portland, and Protect Marine Animals in Kazahkstan! 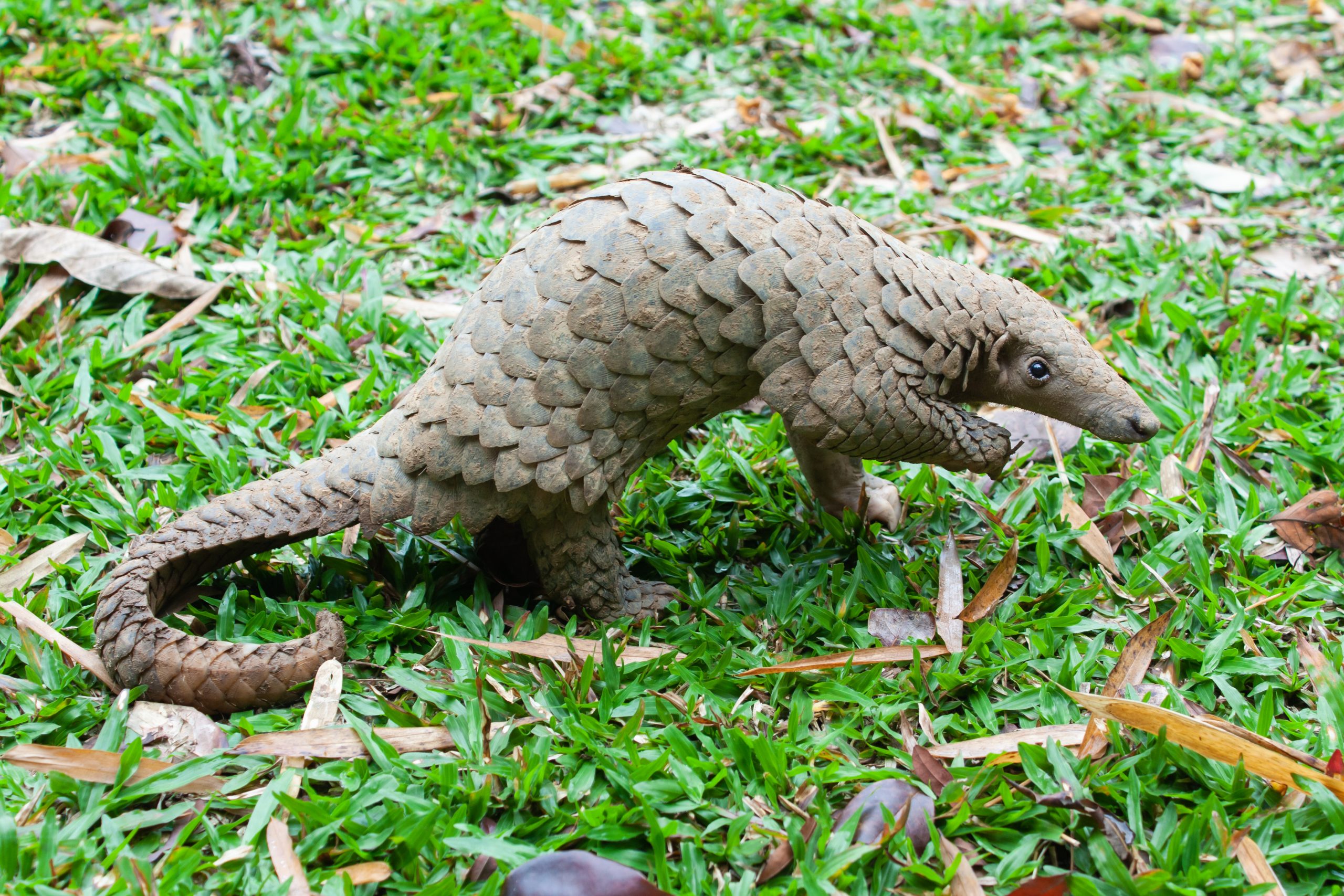 As of July 2020, hundreds of thousands of people have died from COVID-19; economies and supply chains around the world are halted; and people are having to learn how to live in entirely different ways. While there is a lot left to study and learn about the virus, evidence shows that COVID-19 likely made its jump from animals to humans within the wildlife trafficking industry. Not only is that industry dangerous for humans, but it is also extremely cruel to animals and threatens various species around the world. That’s why we need bills like California’s Senate Bill 1175. This bill would ban wildlife trade and trophy hunting imports of any wild animal that has a high risk of zoonotic disease transmission. Sign this petition to Support California’s Bill to Protect Endangered Species and Humans from the Diseases Animals May Carry! We need to protect Earth’s endangered species, critical biodiversity, and the health of humans

Foie gras is a delicacy made from ducks that are trapped in tiny, unsanitary cages. The cramped conditions make it difficult for them to groom themselves and thus, their coats end up matted in feces. These poor ducks are force-fed through metal tubes jammed down their throats twice a day in order to make their livers grow to 10 times their normal size. Many of them die along the way. Those who survive are slaughtered for people to eat. Since the dish can only be made from male ducks, female ducks are ground alive. While California has banned this treatment of animals in-state, they allow imports of foie gras. Sign this petition to tell California to close this loophole and outlaw foie gras production AND purchasing within the state! 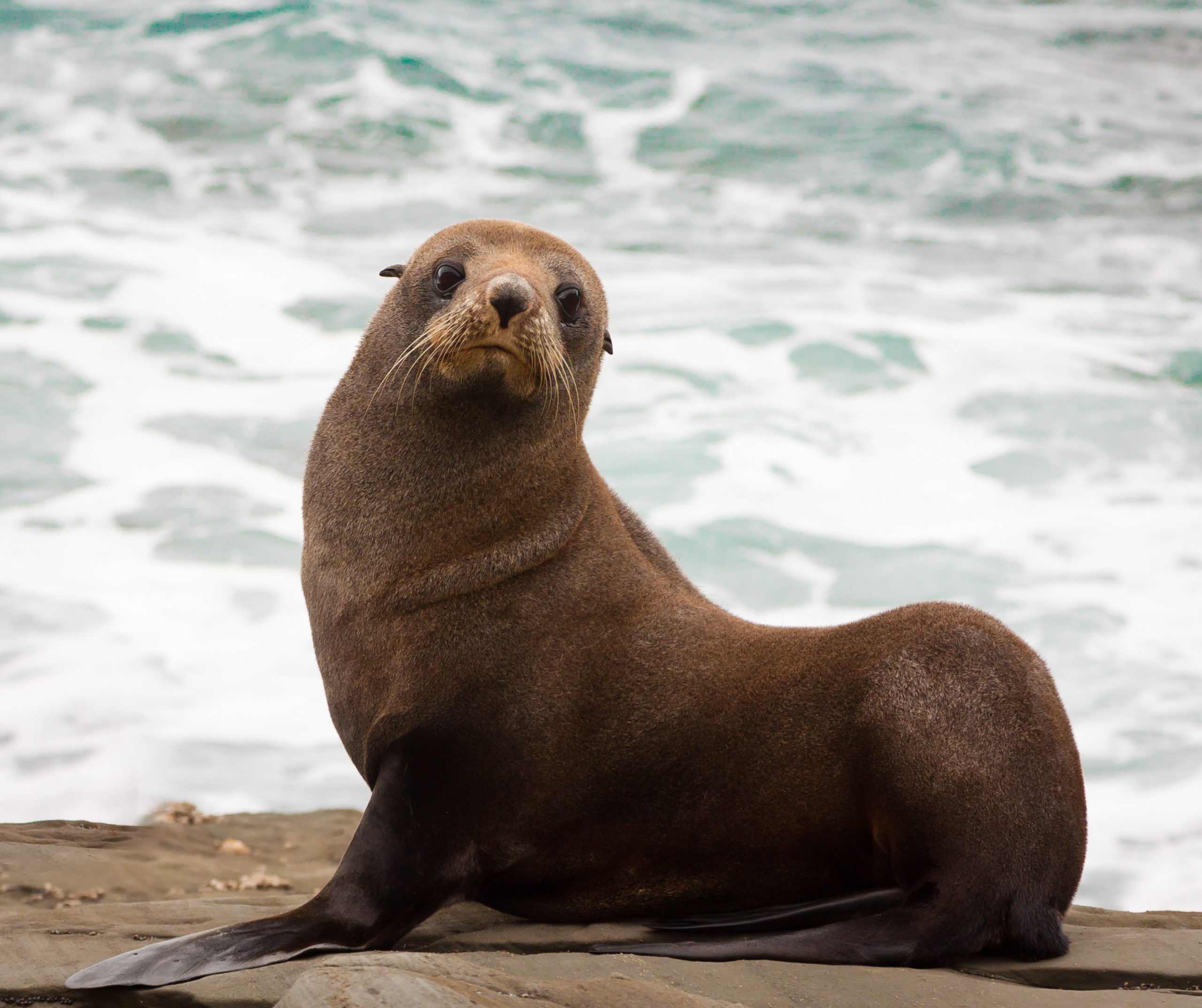 Seals are sweet, puppy-like marine mammals that unfortunately suffer a lot of human abuse. Recently a group of men at a Kazakhstan beach took metal rods into the Caspian sea to beat a seal until it passed out. Then, they dragged it to the shore so that their children could play take pictures with it. Afterward, the men tossed the unconscious animal back to the sea. If it did survive, it is certainly disabled. What’s more likely is that it died a slow and painful death due to its severe injuries. This is not the first abuse of its kind on this beach. Another seal was also seriously hurt after people threw rocks at it. To prevent this from happening again, we need the local authorities to actually do something to protect seals. Sign this petition to tell Kazakhstan authorities that they must protect the wildlife in their oceans from heartless people!

4. Tell Congress to Withhold Funding from the Department of Homeland Security Until Federal Agents are Removed from Portland 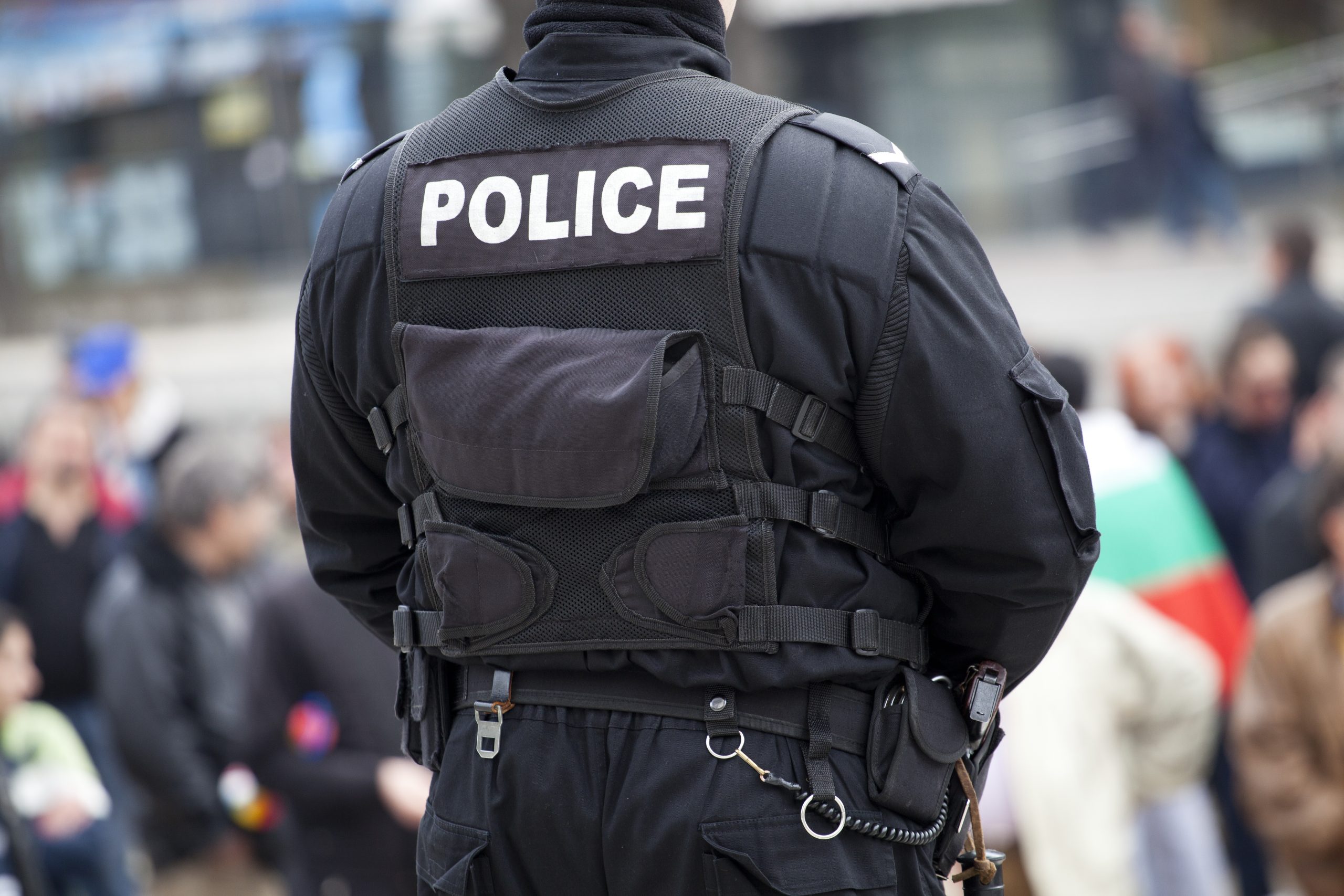 In Portland, Oregon, peaceful people are being picked off the street by anonymous federal agents, thrown into unmarked cars, and taken to unknown, inaccessible locations. The same masked, unidentified agents are charging innocent folks without warning, shooting them with munitions, and spraying them with toxic chemicals. Trump sent these officers without permission from local officials. Not only have they not improved the situation, but they have actively escalated and made things worse by violating people’s rights. The Homeland Security appropriations bill for next year has not yet been finalized or voted on in the House and includes the department’s budget. Sign this petition to demand that Congress make this financing conditional on the immediate removal of federal agents and their violent tactics from U.S. cities! 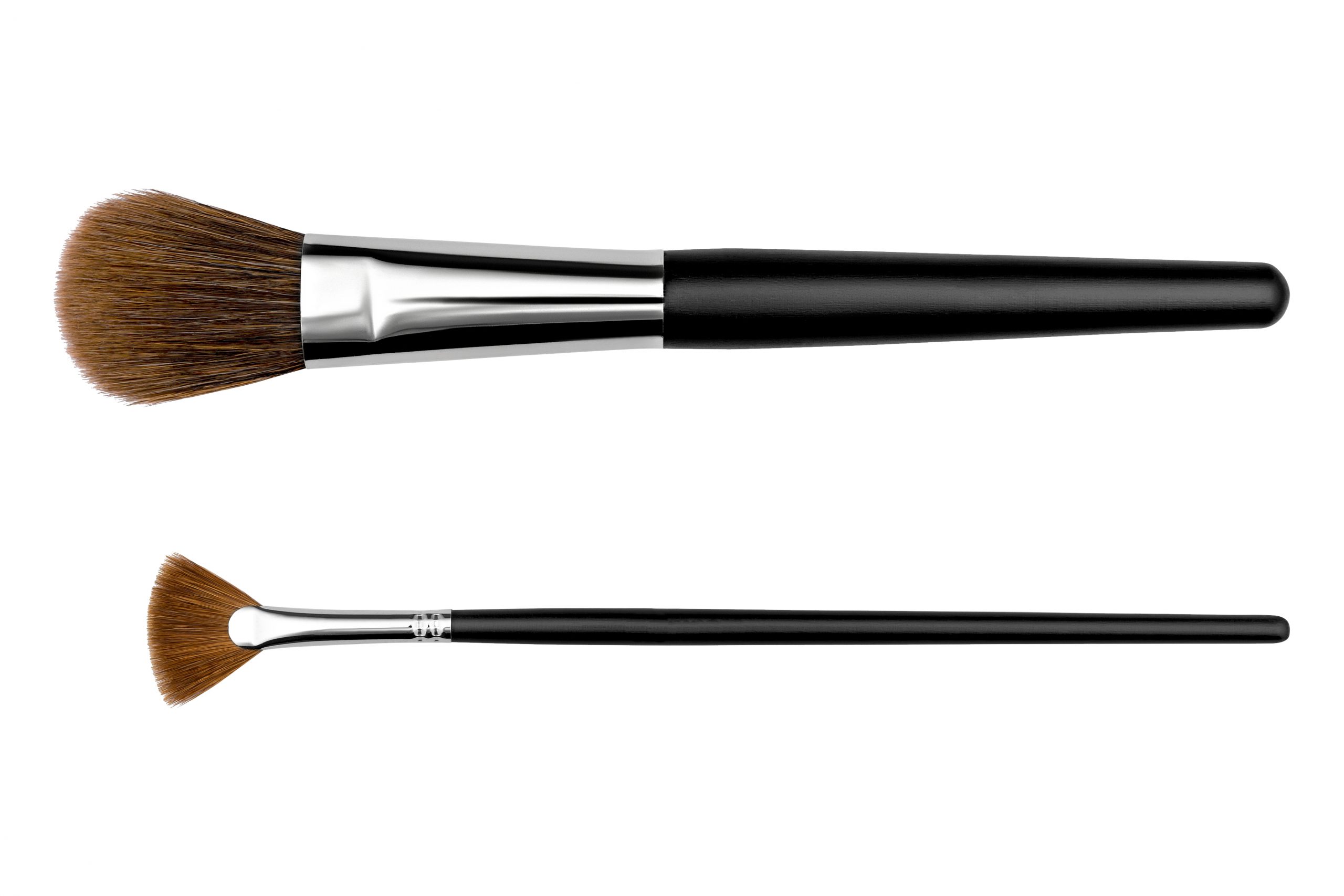 Nowadays, many people are more conscious about buying products that are labeled cruelty-free to avoid supporting the inhumane animal testing industry. It’s become so much easier to find these kinds of products because there are lists of thousands of ingredients that have already been tested and proven safe for human use. Plus, there’s an advanced technology that can provide a highly accurate analysis of how ingredients will react with human cells. Unfortunately, “cruelty-free” doesn’t always mean that animals weren’t harmed in the making of a product; it only means that the product wasn’t tested on animals. Squirrels are hunted, trapped, and then beaten to death or drowned so that their fur can be used to apply your lovely shade of blush. Minks on fur farms, inbred and sick, are kept in cramped cages for their whole lives only to be anally electrocuted to death or killed in other gruesome ways that still preserve their hides for your eyeshadow brushes. Some of these tiny mammals are even skinned alive for efficiency. The dangerous loophole in “cruelty-free” labeling must be amended, so that people aren’t misled into believing that they are making ethical purchases. Sign this petition to urge Sephora and Ulta, two of the largest beauty supply stores in the U.S., to exclusively carry vegan makeup brushes. Hopefully, their actions will influence other stores to mark their products as vegan, so that people can be certain no animals were harmed to create their products.

6. This Bird is Tortured to Make a French Delicacy: Save the Ortolan! 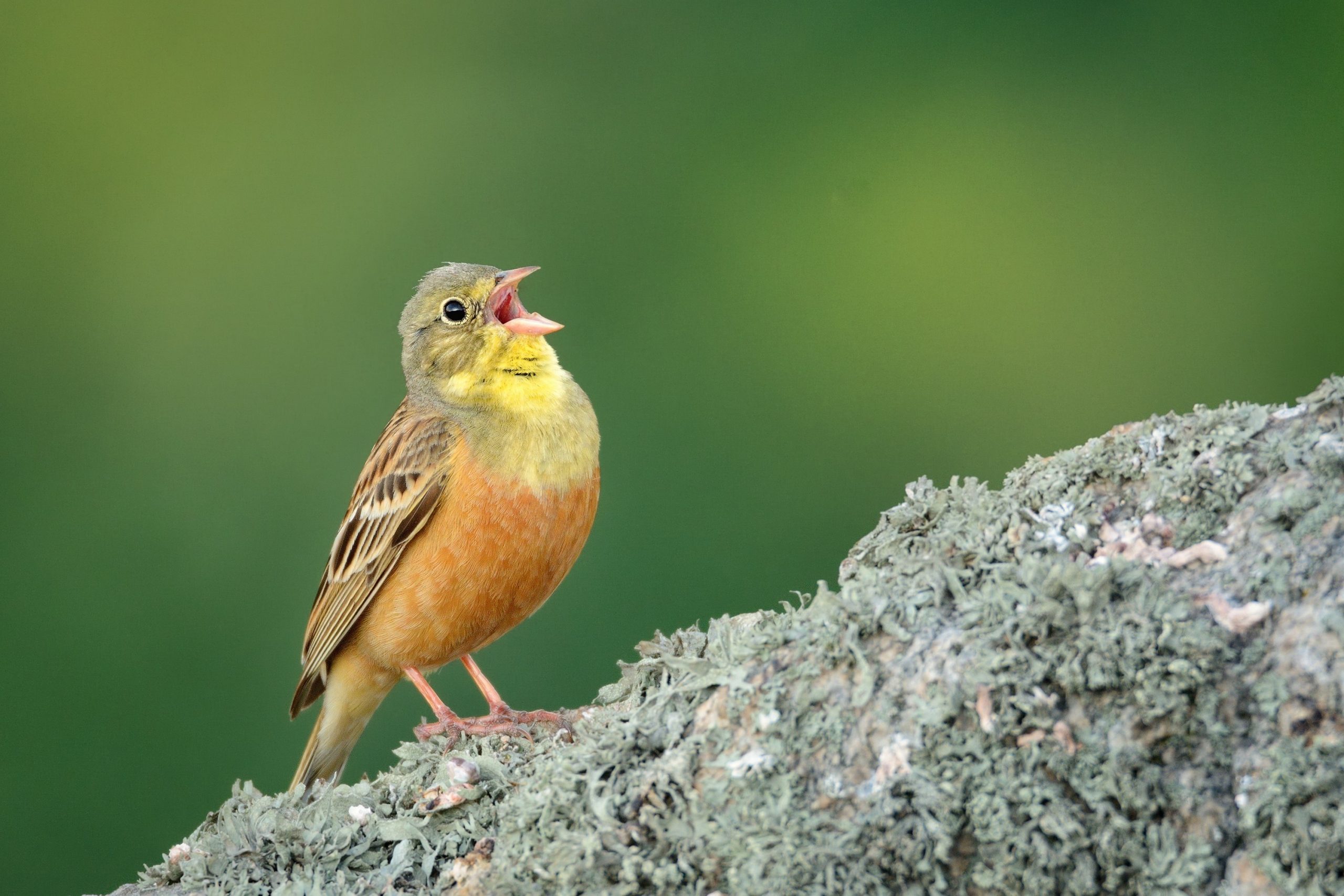 The Ortolan Bunting is a small songbird that has to navigate a culinary death trap as it makes its way from Europe to Africa every year. In France, it’s considered a delicacy, and thus, poachers entangle whole flocks in nets and apply glue to trees. So many birds are poached that, since 1980, the Ortolan Bunting population has declined by up to 88% in Europe. Once caught, the birds are blinded in order to disrupt their feeding habits and forced to engorge themselves till they are plump enough to eat. Then, they are drowned in brandy, cooked, and served whole to customers. France banned Ortolan hunting in 1999, but poachers still catch an estimated 30,000 birds every year. Sign this petition to tell France’s ecology minister, Élisabeth Borne, that 20 years is far too long to wait for a real solution to end the ortolan massacre. Sign the petition and demand real action to stop the hunting now.

7.  Demand the animals of G.W. Zoo be Relinquished

Animals at the G.W. Zoo in Wynnewood, Oklahoma are suffering and need your help. Since 2016, the park and its animals have been under the ownership of Jeffrey Lowe, who bought the park from Joseph Allen Schreibvogel aka Joe Exotic. As a USDA licensed exhibitor, Lowe has to adhere to the standards of animal care set forth by APHIS and the Animal Welfare Act (AWA.) However, recent photos depict the animals being kept in deplorable conditions: a lion with severe mange and missing portions of its ear with bloody infection; an emaciated bear; and lions with severe flystrike (a condition in which fly larvae are laid under the skin of an animal and maggots hatch and eat away at the skin) and open wounds laying lifeless in the mud. The tourist attraction features cub-petting and photo ops, which means they breed the animals at an excessive rate. Doing so causes health problems and genetic defects. Sign this petition to investigate Jeffrey Lowe and revoke his exhibitor license for his blatant violations of the Animal Welfare Act for the animals being kept at G.W. Zoo. Demand that the poor animals of G.W. Zoo be Relinquished!

8. Demand that the EPA Stop the Coal Industry from Contaminating Our Water Supply 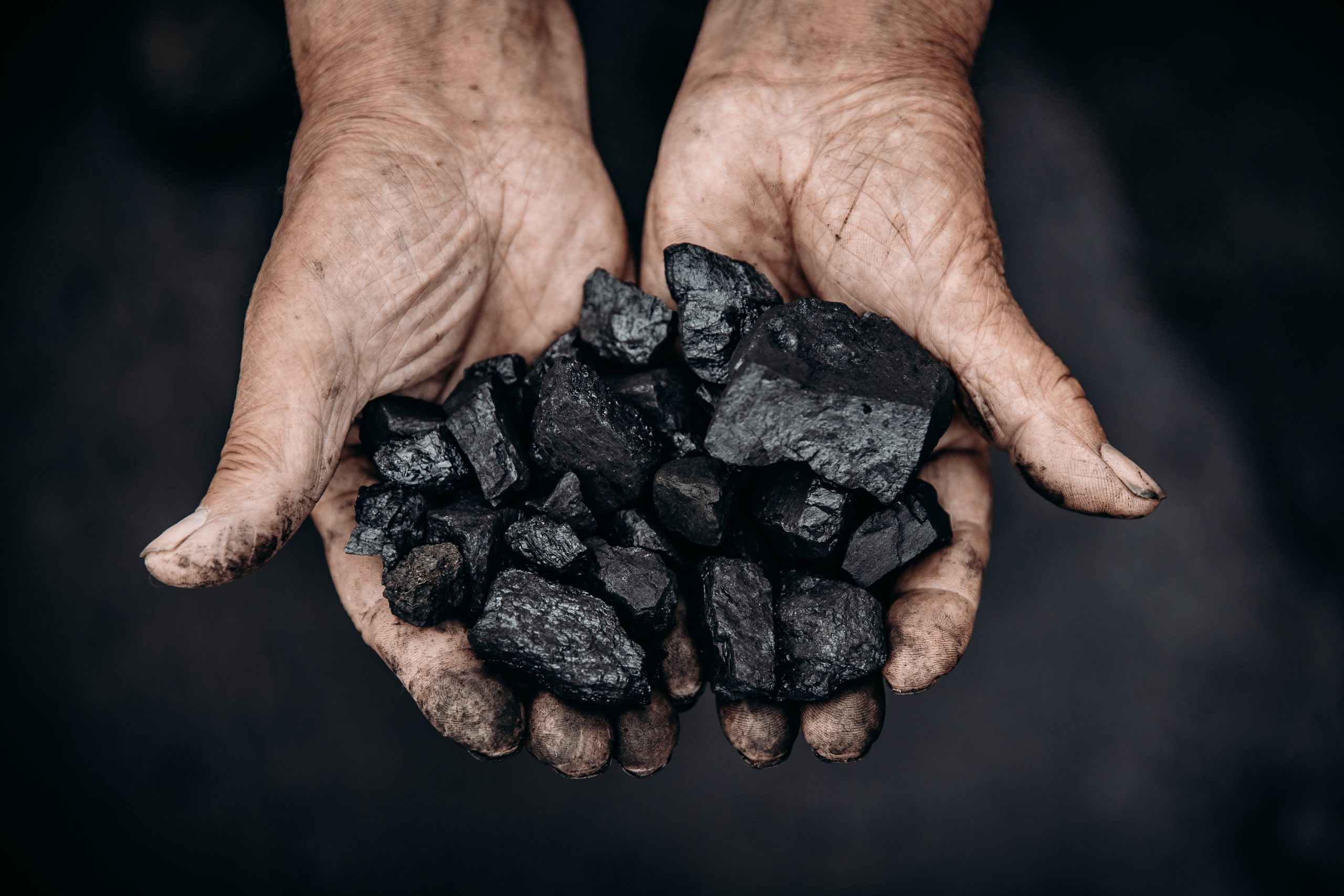 Regulations made in 2015 to hold the coal industry accountable for protecting groundwater from toxic sewage have now been removed by the EPA under Trump. This removal puts millions of Americans’ water supplies at risk of dangerous pollution. EPA, Andrew Wheeler, justified this dangerous action by saying that it would save between $28 and $31 million a year. Can we really put a price tag on clean water, especially considering the U.S. military budget is $732 billion? Clean water is a human right. Sign this petition to tell Andrew Wheeler to reverse the new regulations that allow the coal industry to get away with contaminating the U.S. water supply. 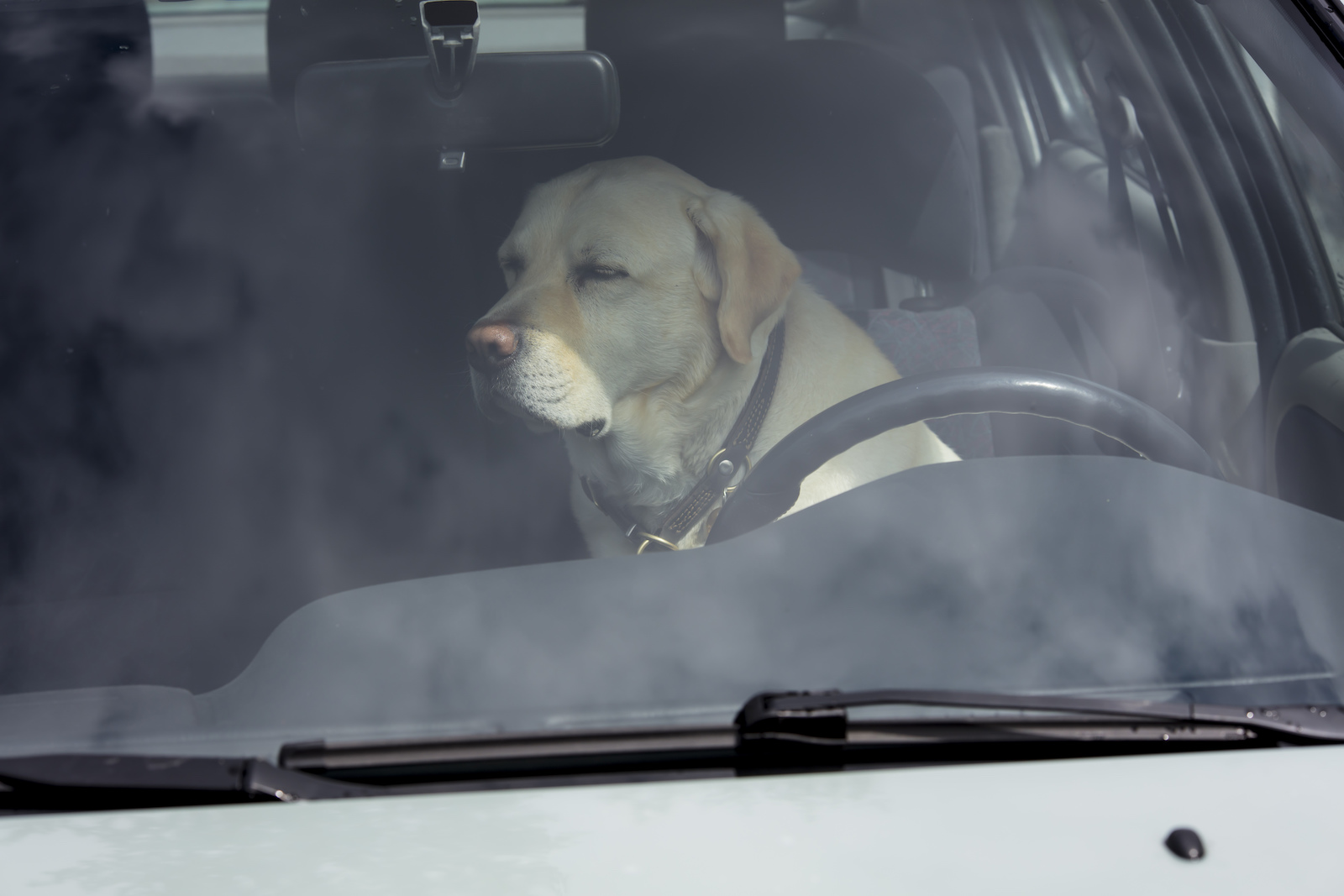 Recently two dogs were stuck in a hot car, while their owner was on attending a lecture on how to become a dog trainer. She left her keys in the car so that the air would stay on, but during the lecture, her car ran out of gas, and thus, the air conditioning turned off. By the time she returned to the car, both dogs were dead. According to the Humane Society of Missouri, it only takes a few minutes for temperatures inside a vehicle to “soar past 100 degrees” Fahrenheit. Leaving animals alone in a locked car is never okay — not even with the car on and the air conditioning running. If a human isn’t there, they have no way to be sure that the animals are actually safe and cool enough. However, in the case that it does happen, people should be able to save these animals before it’s too late. Unfortunately, in Missouri, it is illegal for bystanders to do anything other than call law enforcement. Sign this petition to demand that Missouri pass its own “Right to Rescue” law so that civilians can rescue dogs from hot cars! 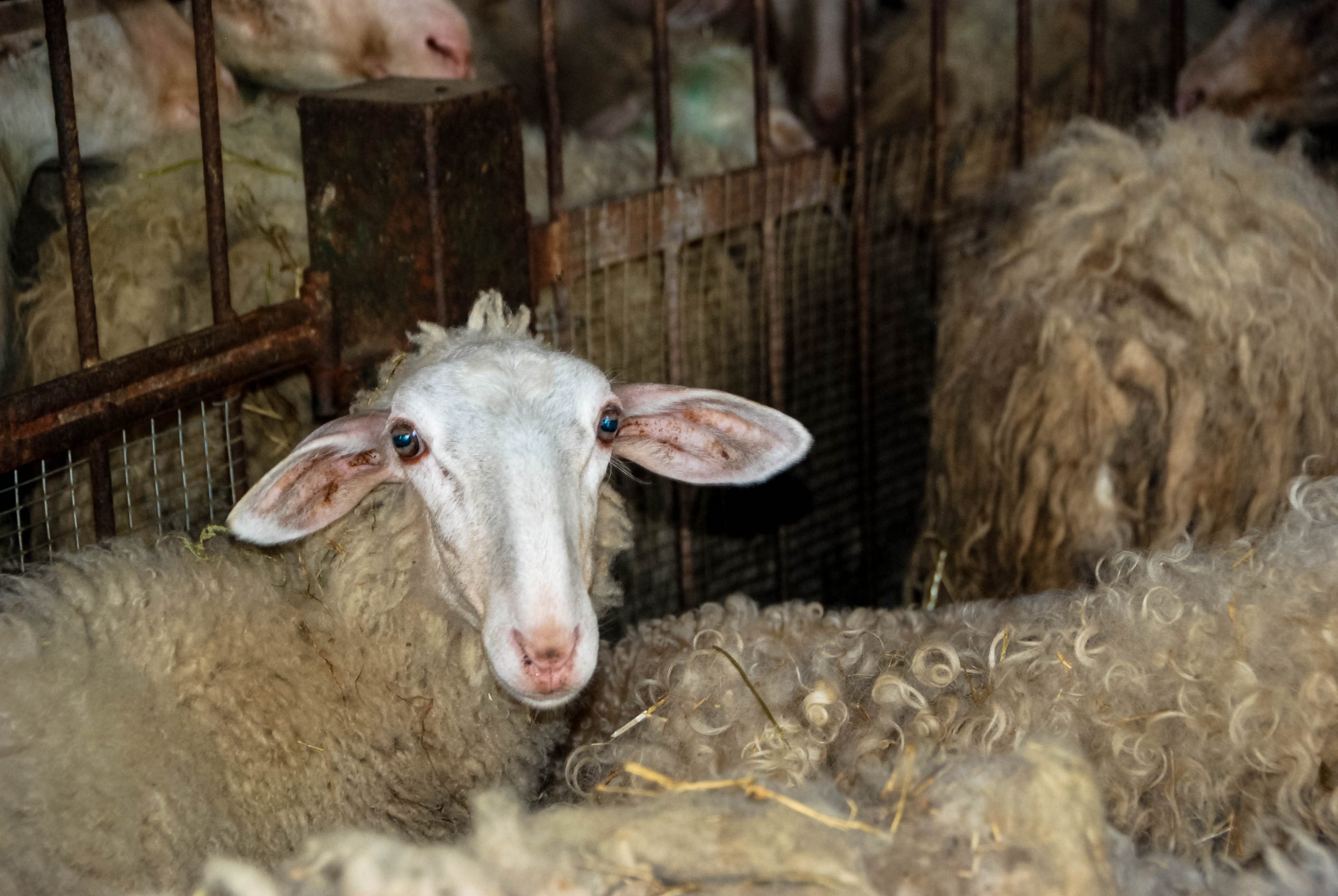 Australia passed a ban that prohibited the export of live animals during summer months after 2,400 sheep died from heatstroke during transport. People were shocked by video footage of the animals dying on the decks of one of these ships while crewmembers threw corpses overboard. Despite this ban, Australia’s Department of Agriculture granted an exemption for the export of 56,000 sheep in what activists are calling “boiling conditions.” Live animal exportation involves cramming tens of thousands of animals into cramped and unsanitary ships. They suffer for days without access to food or water, until they finally reach their destination — just to be slaughtered en masse. Sign this petition to demand that the Department of Agriculture in Australia uphold the ban on live animal exports during the Northern Hemisphere’s summer months!