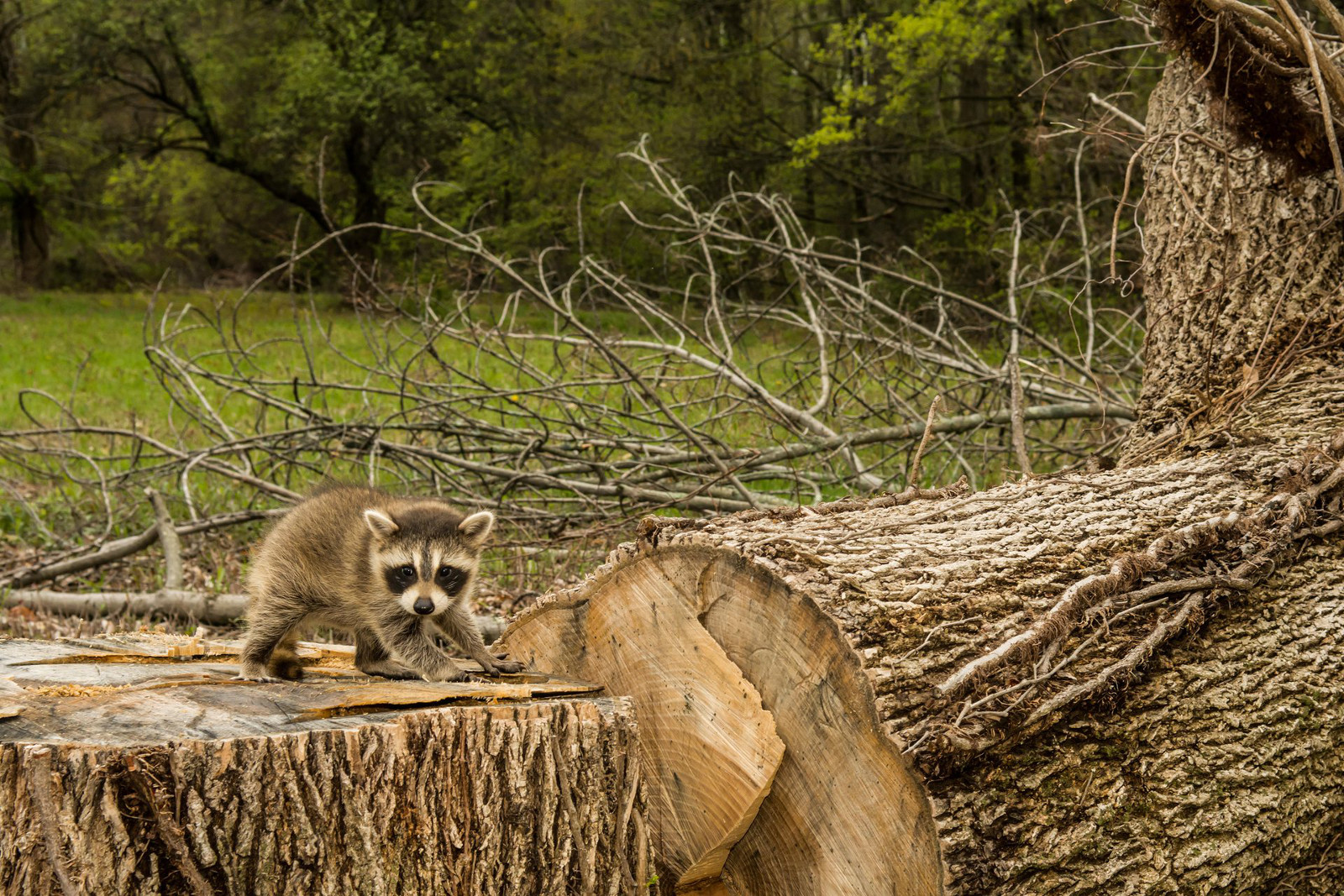 Sometimes it’s hard to imagine the direct consequences of our actions. Take, for example, the destruction of a forest. It may seem necessary to clear a plot of land for construction or timber, but we must also remember who’s affected by these actions. It’s often not until we witness the aftermath of our destruction that we realize how many lives and beings are destroyed.

In this photo by Jason Ondreicka, we witness the repercussions of our actions. 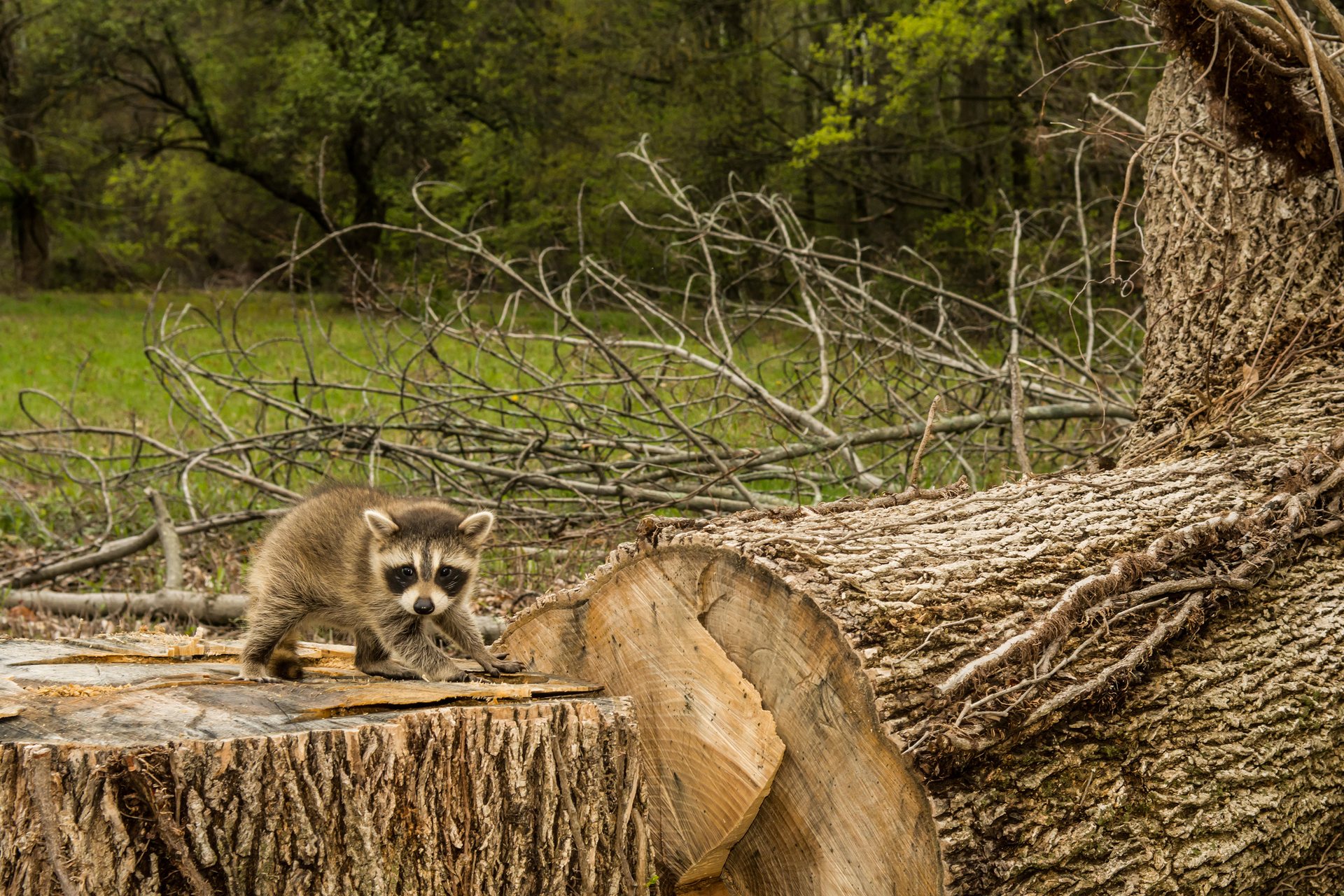 A raccoon stands atop his former home, searching for his family. His forest home had just been cleared, and now he’s left abandoned and confused.

We often think of deforestation happening elsewhere in the world, but in reality, it is happening right here in the U.S., putting native species, like raccoons, in danger. While they might not be endangered, they live in an ecosystem that’s being systematically destroyed.

So who’s the culprit? Many things are at play, including clear cutting for human habitation. But another major player is – you guessed it – animal agriculture. In fact, it’s estimated that 260 million acres of forest in the United States have been clear-cut to grow crops for livestock feed. That’s 260 million acres of forest homes that were destroyed. Animal agriculture is also the leading driver of deforestation and habitat loss which has pushed countless endangered species to the brink of extinction.

Is this any way to treat our fellow inhabitants? Luckily, we have the power to fight against this destruction, starting with what we put on our plates. Not only will we help to save this precious raccoon’s home and life, but we’ll be doing so much to fight climate change and save millions of lives in the process.

As the leading organization at the forefront of the conscious consumerism movement, it is One Green Planet’s view that our food choices have the power to heal our broken food system, give species a fighting chance for survival, and pave the way for a truly sustainable future. By choosing to eat more plant-based foods, you can help ease the rampant deforestation caused by animal agriculture, join One Green Planet’s #EatForThePlanet movement to start today. To learn more about what you can do to end deforestation, click here.