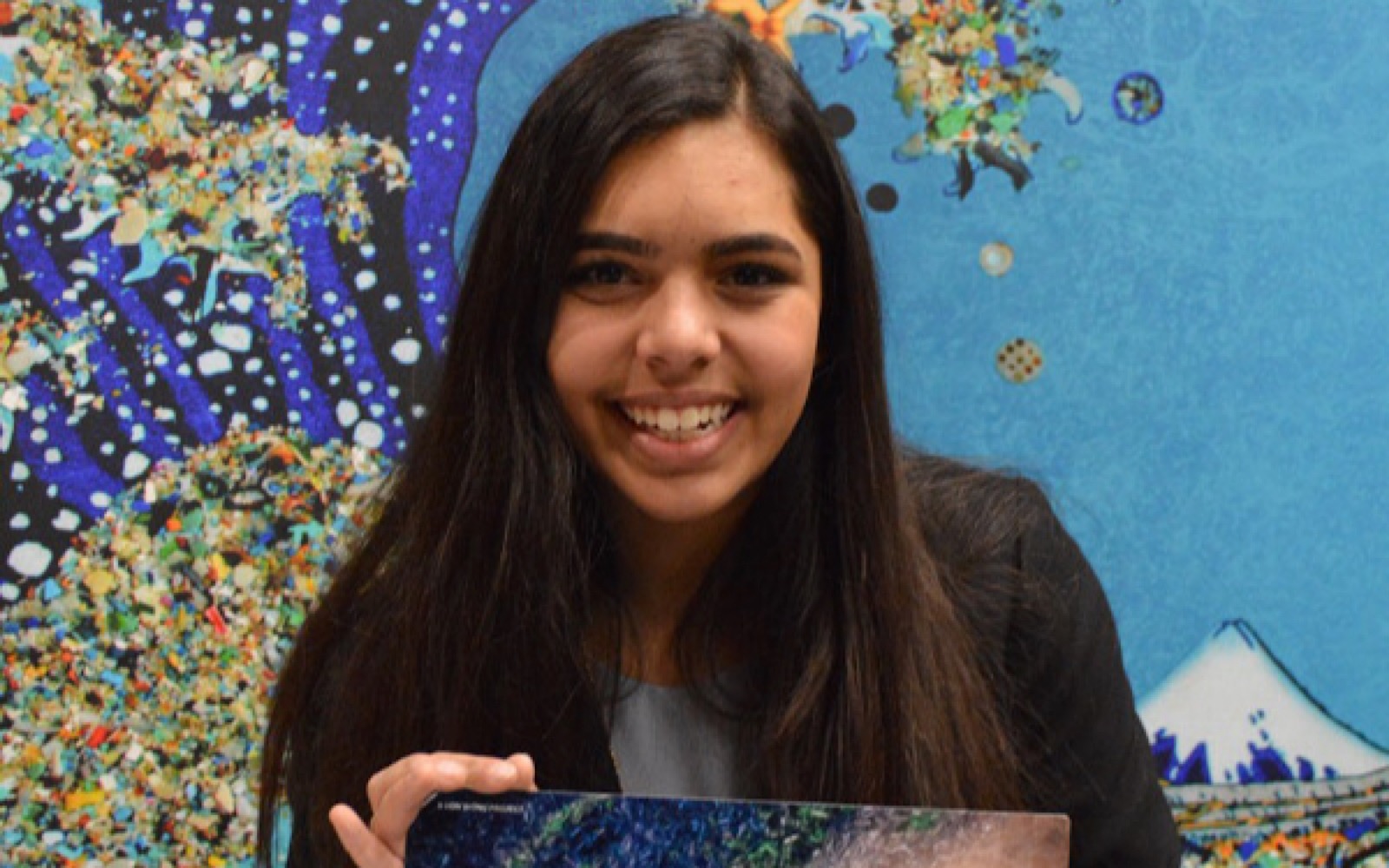 The facts and statistics surrounding our consumption of plastic are truly staggering. While this material is highly valued for its convenience and low cost, the sheer amounts that we use each year are unsustainable. We produce 300 million tons of plastic annually, and of this figure, 8.8 million tons find their way into the oceans every year, placing approximately 700 marine species at risk of extinction. It can take hundreds of years for plastic to disintegrate through a process known as photodegradation — in which UV rays break its structural bonds apart — and even then, it never really “disappears,” but simply separates into billions of microplastic fragments. In the meantime, plastic waste in landfills often leaches harmful chemicals into the surrounding groundwater. This has been linked to serious health problems for local populations.

There have been indications that the European Union is considering a ban on single-use plastics. Taiwan is set to ban all single-use plastics by the year 2030. A growing number of grassroots, citizen-led endeavors have been helping to curb plastic pollution all over the world. In Orange County, California, one seven-year-old boy named Ryan Hickman has made it his mission to promote recycling within his community. And now, another young person is inspiring us to take action to tackle the plastic crisis, whenever and wherever we can.

Hannah Testa is a fifteen-year-old activist from Georgia who founded the environmental advocacy organization Hannah4Change in 2014. 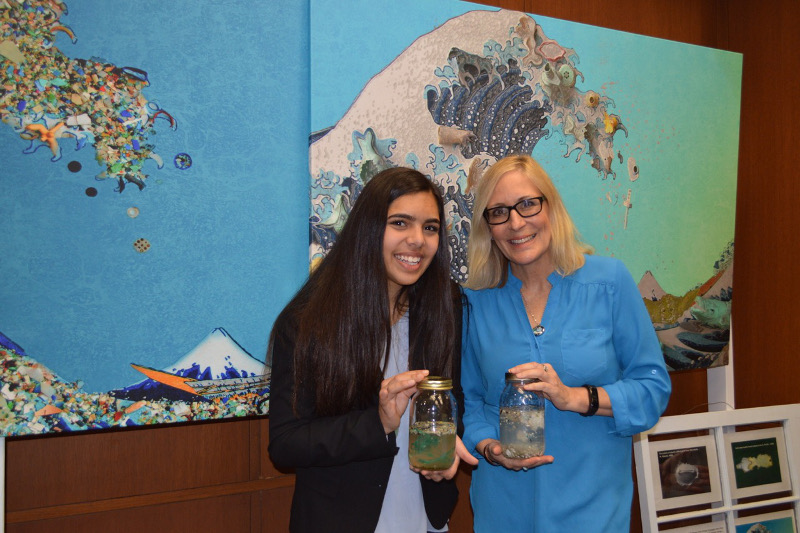 By working together with Georgia State Senators, she was able to have February 15th proclaimed as Plastic Pollution Awareness Day (PPAD) in the state. 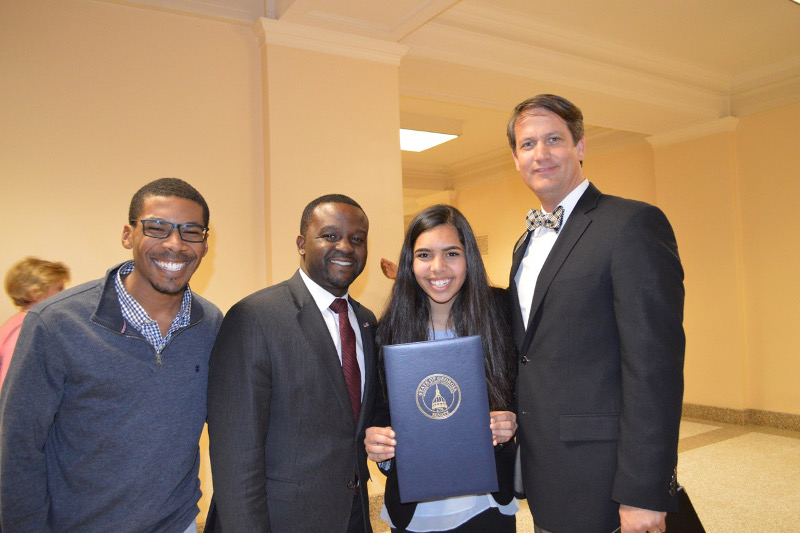 Hannah told One Green Planet, “The purpose of PPAD is education. I wanted to educate Georgians about the growing crisis of plastic pollution, and as more people become aware of the issue, they’ll eventually change their ways. Hopefully, we’ll eventually be able to pass a bill to ban single-use plastics.” 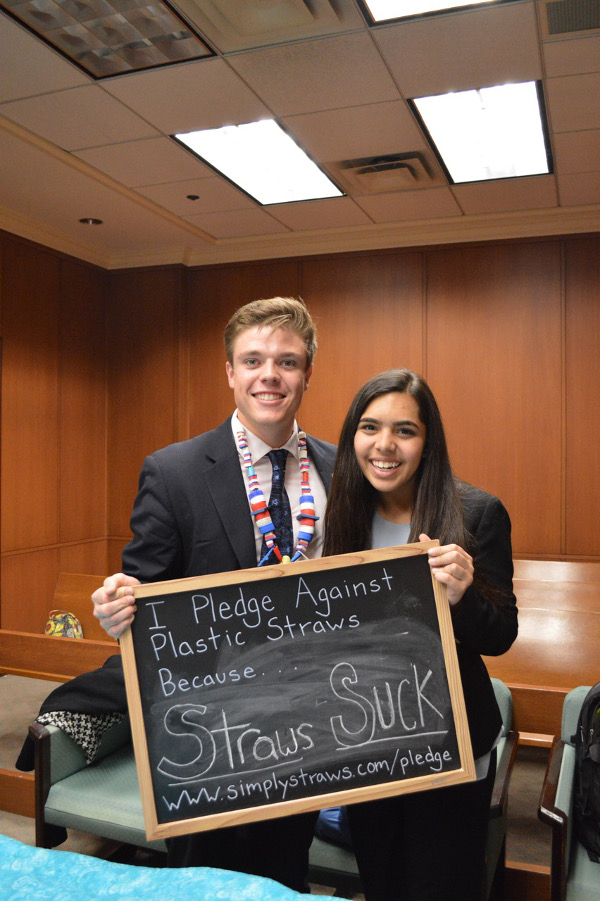 One simple step she is urging people to take is to stop using plastic drinking straws. Straws are very harmful to marine animals and Hannah is not alone in advocating an end to their usage. Oxley Park Academy, a school in England, recently launched a highly popular petition to ban plastic straws. Single-use plastic straws and other utensils have also been banned in Malibu, California.

You might think straws are no big deal, but consider this: Americans use an estimated 500 million plastic straws per day.  There are many alternatives to plastic straws, including not using straws at all. If you feel you must have a straw (or need one for medical reasons), there are great, long-lasting, biodegradable paper straw alternatives. There are also glass and stainless steel straws that are made by leading companies. 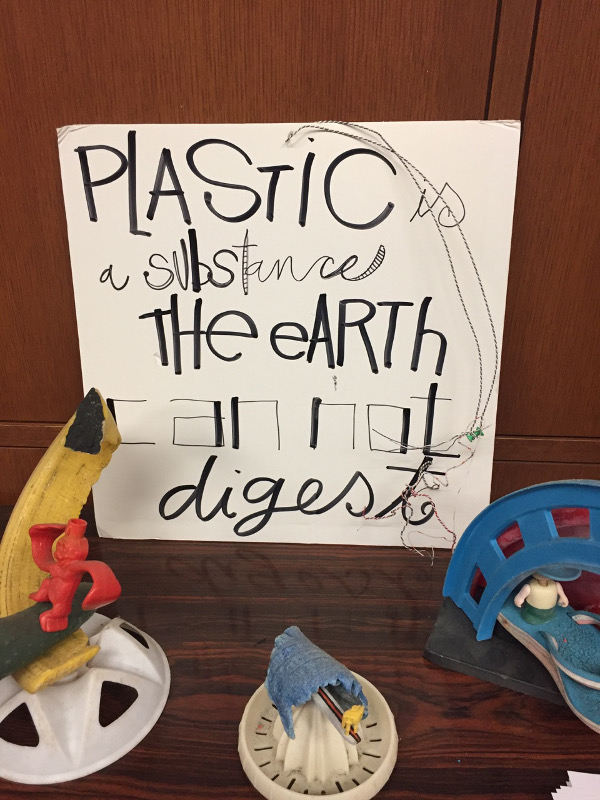 The shocking truths revealed in Plastic Paradise drove her to start doing whatever she could to make a difference.

“Plastics are having an effect on animals, the environment, and human health,” she said. “In addition, to produce plastic, manufacturers are consuming the Earth’s valuable resources. What is also alarming is that China recently decided, effective January 1, 2018, to stop accepting recyclables from the U.S. and other countries. This should be alarming to us, as much of our recycled plastic historically has been sent to China.”

Hannah’s environmental advocacy doesn’t stop there! She has also been working on a bill to ban ivory and rhino horn trafficking in the state of Georgia. She has led a number of campaigns for endangered animals, participated in protests, created educational eco-videos for schools, delivered presentations on youth empowerment, and raised funds for animal rescue groups.

She is particularly passionate about ending the plastic pollution crisis, however. 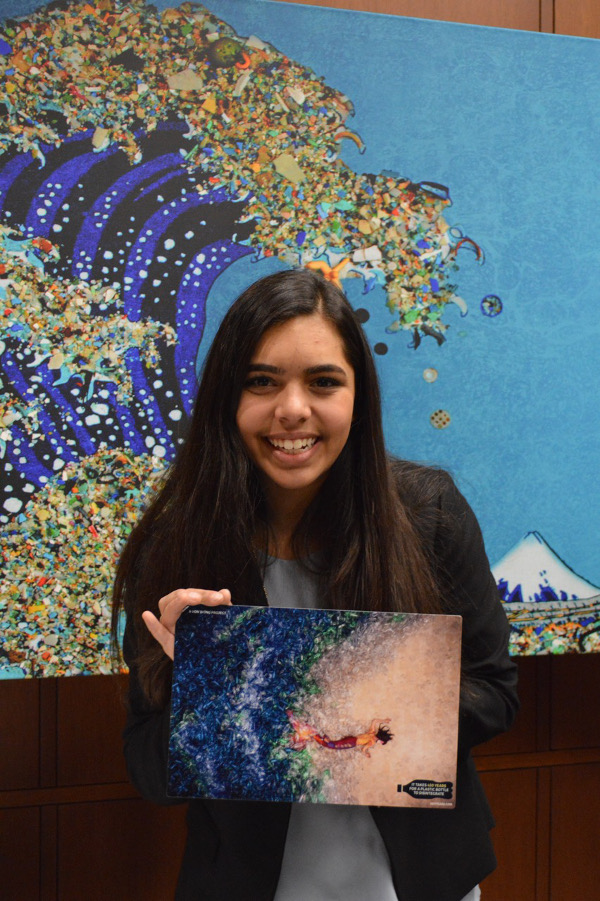 Hannah even has a clear vision of how this could be made possible: “Businesses will hopefully find creative ways to reduce their plastic packaging. I hope stores will start providing incentives to consumers for bringing their own reusable bags. We’ll need several solutions, including education and awareness, and involving government, businesses, and citizens before we can say we have conquered one of the greatest threats to our planet.”

As for other would-be activists who want to make a difference, Hannah’s advice is to simply go for it! 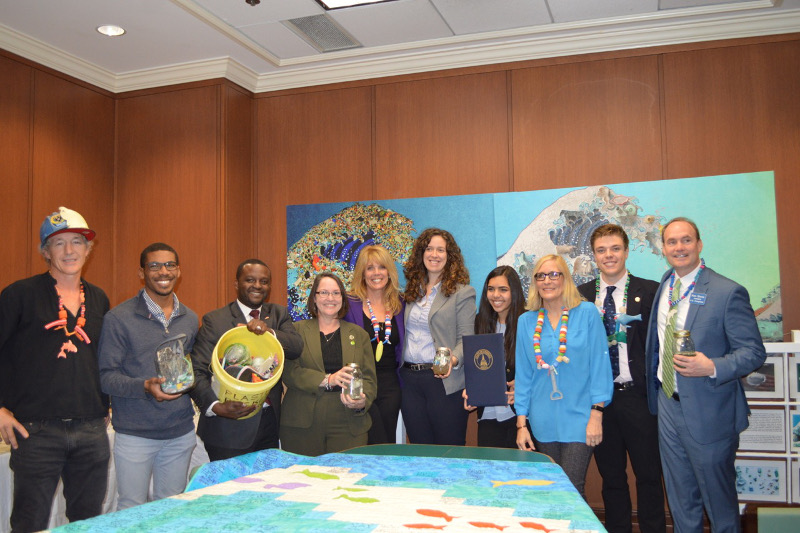 “You need to realize that you are never too young or too old to make a difference,” she said. “If you dream it and believe it, you are halfway there. So just go out and try something, you’ll likely succeed. With the internet and social media, there are many effective ways to make your voice heard. As consumers, we all have voices, and we can all make a difference in our own way. If we band together across the world, we can be unstoppable. We just need to care enough to act.”

Hannah’s website can be found here. You can check out the resources below for more information and advice on how you can reduce your plastic footprint in everyday life.