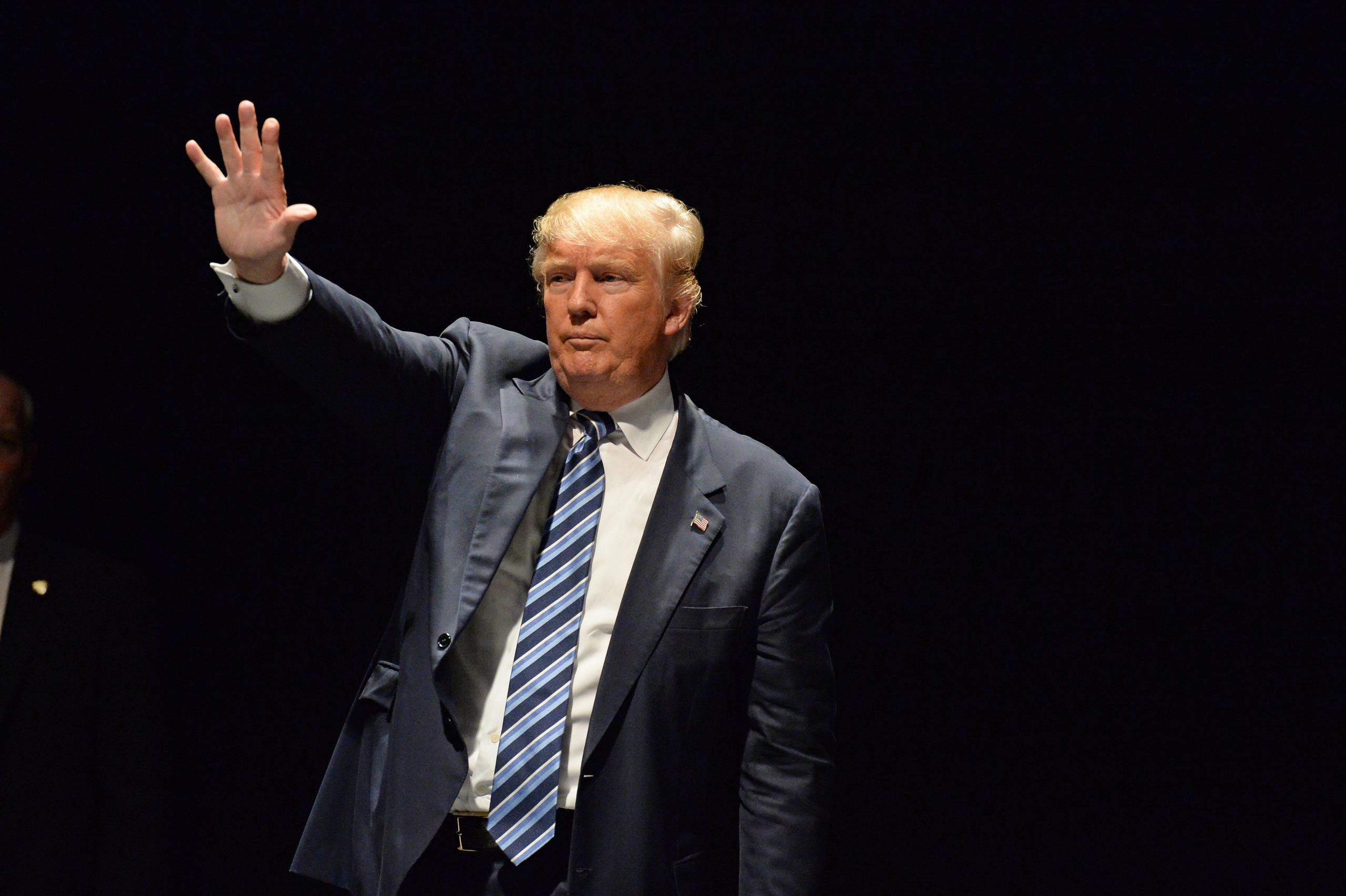 Since taking office, President Trump and his administration have wreaked havoc on the environment, reversing nearly 100 environmental rules.

Weakening environmental laws not only hurts public health and speeds up climate change, but also will have direct and indirect consequences on animals. Animals and their ecosystems are seen by the current administration as “red tape” that stifles economic growth.

Many of Trump’s deregulations are specifically aimed at removing protections for animals; other changes harm animals indirectly by polluting and destroying their habitats or food and water sources.

In the 1990s, the Western Atlantic bluefin tuna were severely overfished. The environmental community spent 20 years trying rebuilding this species; however, the population of the western stock is still threatened.

The Trump administration has removed critical gear restrictions in specific areas of the Gulf of Mexico during April and May, peak spawning time when many hundreds of bluefin tuna travel to warm-water areas.

Gear restricted areas (GRAs) were implemented in 2015 by the Obama administration and led to an 82% drop in bluefin tuna caught as bycatch. Gear restrictions required pelagic longline fishery to use weaker hooks that would allow heavy fish to escape, decreasing accidental catches of bluefin tuna.

The new rule from the Trump administration makes it easier to exploit the already-overfished bluefin tuna in the Gulf of Mexico GRAs.

The Trump administration has stripped away critical protections in the Migratory Bird Treaty Act (MBTA), a 100-year-old law that protects more than 1,000 bird species. The new interpretation of the MBTA argues that businesses that accidentally kill birds should operate without legal consequences.

Most birds die from long-line fishing, oil spills, high-tension power lines, communications towers, and other large infrastructure projects. Deaths from these activities and structures are known as “incidental (or unintentional) takes.”

Under the Trump administration, incidental takes are no longer illegal under the MBTA. By excluding incidental takes from the MBTA, companies do not have an incentive to implement safeguards to protect birds.

The National Audubon Society, as well as a coalition of eight states, have both filed lawsuits against the changes to the MBTA.

Sign this petition to demand that the new policy “clarification” be rescinded to stand up MBTA and bird conservation!

Greater sage-grouse are an “umbrella species” that indicates the health of sagebrush habitat and juniper grasslands of the Western U.S. which they share with hundreds of other wildlife species. Conservation measures were adopted in 2015 in California, Colorado, Idaho, Nevada, Oregon, Utah, and Wyoming to prevent the birds from becoming an endangered species.

The Trump administration planned to lift the protected status of the greater sage-grouse in order to lease millions of acres of its habitat for oil and gas drilling, mining, and other development projects.

After a series of legal battles, a federal judge ruled against the Bureau of Land Management’s plans to weaken protections for the greater sage-grouse.

However, these plans were fortunately halted due to the administration’s violations of the National Environmental Policy Act (NEPA) which Trump has recently axed. Without NEPA, the Trump administration will now be able to get away with removing protections for the greater sage-grouse among many other critical species.

4. Permitting Hunting in National Preserves and Wildlife Refuges in Alaska

The Trump administration’s new rule reverses an Obama-era ban on hunting methods that are not only cruel but also disrupt the predator-prey balance in these areas.

The proposed changes allow hunters to bait bears with doughnuts soaked in bacon grease, use spotlights to blind and shoot hibernating black bear mothers and their cubs in their dens, and gun down swimming caribou from motorboats.

In 2019, Trump announced changes to the Endangered Species Act (ESA), making it easier to remove a species from the endangered list and weakening protections for threatened species. The changes allow regulators to weigh the economic factors of protecting a species during the decision making process. The change also minimizes how climate change is considered in species survival.

A new 2020 proposal from the Trump administration plans to defines “habitat” under the ESA. When a species is considered endangered, the ESA requires the government to set aside habitat to aid its recovery. The new definition of habitat would allow the government to forgo setting aside any land that might be needed in the future.

Sign this petition to oppose Trump’s changes to the Endangered Species Act!

The EPA has altered section 401 of the Clean Water Act, making it impossible for a state to block a water permit for a project for any reason other than direct pollution into state waters.

Section 401 governs the certification of water quality and takes a holistic approach to water quality by considering the uses of the water to support human, plant, and animal life.

Under the new rule, states can no longer weigh broader factors related to water use, such as climate change or ecosystem sustainability, in making decisions on projects.

Sign this petition to demand that Trump and the EPA reverse this horrible decision and continue to protect all waterways.

In 1982, the Coastal Barrier Resources Act (CBRA) was passed to limit the development of coastal barrier areas. The CBRA was meant to save taxpayer dollars, promote public safety, and conserve around 3.5 million acres of coastal environment.

The Trump administration is making it easier for coastal communities to take sand from protected ecosystems to improve their beaches. The new sand policy will allow wealthy communities to revitalize their beachfront, which have been threatened rising sea levels, at the expense of coastal ecosystems.

Removing sand from these coastal barrier areas reduces natural protections and habitats for various birds and animals. The National Audubon Society filed a lawsuit against Trump’s changes to the CBRA, arguing that these areas serve as a “crucial protective buffer” from severe coastal storms and erosion and provide “irreplaceable habitats and spawning areas for aquatic creatures and migratory birds.”

Marine national monuments and marine sanctuaries protect over 1 million square miles of ocean ecosystems including coral reefs and kelp forests, preserve cultural and historical resources, and provide opportunities for research, recreation, and tourism. Since 2017, Trump has been trying to rollback protections on these areas and open them up to various extractive industries.

In June 2020, President Trump announced that commercial fishing will be allowed in the Northeast Canyons and Seamounts Marine National Monument, the only marine monument in the Atlantic Ocean.

According to the NRDC, commercial fishing, deep-sea mining, and oil and gas drilling would “wreak havoc on this area’s ancient corals, the endangered and iconic sperm whale, the elusive Cuvier’s beaked whale, and many other species.” Dolphins, turtles, swordfish, sharks, and Atlantic puffins can also be found in the Northeast Canyons and Seamounts.

Sign this petition to save the Northeast Canyons and Seamounts Marine National Monument!

The National Wildlife Refuge System is the nation’s largest collection of land for fish and wildlife preservation. The Refuge System was founded with the goals of protecting biodiversity and conserving birds, fish, wildlife, and plants in the ecosystem.

In September 2019, the Trump administration expanded hunting and fishing in 77 national wildlife refuges.

In June 2020, the Trump administration finalized its plan to permit the use of neonicotinoids and genetically modified seeds. Neonicotinoids are neurotoxic insecticides that have negative impacts on pollinators, migratory birds, and other wildlife.

By allowing genetically modified seeds, which are often resistant pesticides like neonicotinoids, the new regulation encourages the usage of pesticides that won’t harm crop yield but will harm the insects and wildlife in the area.

The Trump administration announced plans to divert large amounts of water from the San Francisco Bay Delta to irrigate arid farmland, weakening protections for threatened California fish. The water is necessary for the survival of endangered West Coast salmon and threatened delta smelt, which have been protected by the Endangered Species Act. According to conservationists and ecologists, the declining population of delta smelt signal that the delta’s ecosystem is dangerously close to collapse.

In April 2020, the California Attorney General filed a lawsuit in federal court to stop Trump’s changes to the San Francisco Bay Delta.

More Attacks on the Environment

As expected, President Trump has been named “the worst president for our environment in history” by nine leading environmental and conservation organizations.

These ten changes that will harm animals are just a small fraction of what President Trump has done to the environment. His other environmental rollbacks include weakening rules governing clean air, water, and toxic chemicals and removing regulations for fracking and oil and gas drilling. These actions put profit before the planet and all species that inhabit it.

Many of Trump’s changes have faced long legal challenges by states and environmental groups. Now that a new administration is coming into office, we have to hold them accountable. Not only should we demand that they reverse these harmful rollbacks, but we also must ensure they work to protect animals and our environment, not harm them.