Zimbabwe Wants to Export 64 Baby Elephants Into Life in Captivity. Here’s What You Can Do to Help! 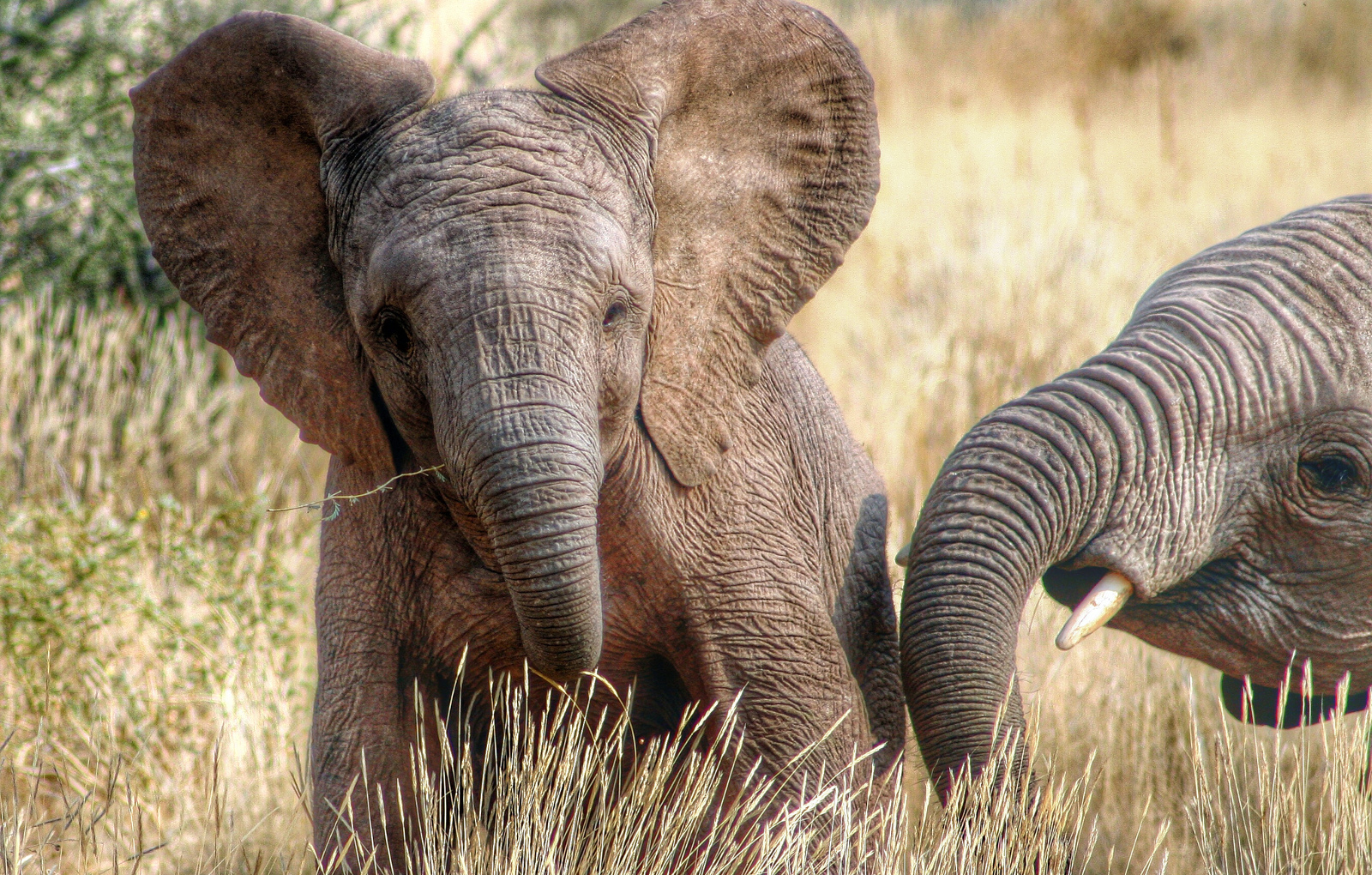 The important role that the African elephant population plays in their natural environment is a fact that is often overlooked by individuals and organizations who hope to profit from these animals. One African elephant is poached every 15 minutes to meet the demands of the ivory trade, and despite our understanding of how captivity harms elephants, we continue to capture elephants from the wild to stock the world’s zoos and circuses.

The sad reality of this treatment of elephants is evident in the recent news that a group of 36-64 baby elephants have been captured from the wild in Zimbabwe and will be exported to China for sale into a life of captivity and public display. The elephants were rounded up by the Zimbabwe Parks and Wildlife Management Authority and it appears that the government has little regard for the welfare of these animals. President Mugabe has even been quoted explaining that the country’s wildlife, “needs to start paying dividends.”

Katie Moore, the director for the International Fund for Animal Welfare’s (IFAW) Animal Rescue Program explains to One Green Planet that the capture of these elephants is perfectly legal, thanks to CITES permits; however, putting economic interests ahead of animal welfare will inevitably have a negative impact on the native elephant populations.

The Emotional Impact of Large-Scale Captures

Elephants live complex social and emotional lives. In many ways their communities mimic those of humans, and the incredible intelligence of these animals leads us to believe that they are completely capable of self-awareness. With this in mind, consider the extreme emotional trauma that having a group of 36-64 baby elephants removed from a close knit herd would have.

Moore tells One Green Planet that the impact of the capture of Zimbabwe’s young elephants, “will be enormous in terms of social development and overall health.” She continues, “This loss will be devastating to the captured elephants and those left behind, as elephants have deep family bonds.”

When an elephant mother loses her child, she goes into a period of grieving that can be compared to the loss that a human mother would feel at the loss of her child. Elephants can also suffer from Post-Traumatic Stress Disorder which causes them to act out in fits of rage and sometimes attack humans.

For the captured babies, the emotional impact is equally as devastating. Emotionally traumatized and deprived of the proper care they need to grow into functional adults, the babies who do survive can only expect further misery as they enter life in captivity.

“Large-scale capture of wild animals like this is not ethical,” says Moore.

Little Regard for Elephant Welfare

According to Moore, the export of these baby elephants has been allowed by the Convention on International Trade in Endangered Species, CITES. A number of animal advocates have contacted CITES to combat their decision to allow the export of these elephants. CITES has since released a statement in regards to their decision and claims that Zimbabwe’s elephant population is “not necessarily threatened with extinction,” but they contend that it, “could become so if trade were not strictly regulated.”

It is clear that regulation in regard to the trade of these elephants only applies to numbers, but not the welfare of the animals.

According to Moore, “Zimbabwe’s recent track record with elephants has been poor thus we are skeptical if the best interest of the elephants are being taken into account.”

After capture, the elephants, who are only between two and five years old, will be placed into container trucks and transported to Mozambique. From there they will be transferred to a sea freight where upon their long journey to China will begin. The care that these elephants will receive en route is unknown.

“Young elephants are considered dependent for many years,” Moore explains, “Additionally, the captured young have a poor chance of survival and may die as a result. Last year, three baby elephants from Zimbabwe were captured and sent to China. They survived the journey, but one died shortly afterwards and the other two are reported to be in poor health.”

Once the elephants make it to their destination, they will be forced into a life of captivity. Captive elephants have high mortality rates, and around two-thirds of the captive elephant population suffers from zoochosis. Taking these babies from the wild means subjecting them to immense emotional trauma at a young age and condemning them to a life filled with stress, pain and maddening boredom. Whether or not the wild population can afford to lose such a large amount of babies, do we really want to support this sort of cruelty?

Can These Elephants Be Saved?

There is still hope that the export deal between Zimbabwe and China will be revoked. IFAW is calling Zimbabwe’s Ministers for the Environment and Tourism to cancel this deal in the best interest of the future welfare of their iconic elephant population. Elephants have an extremely low gestation period, so removing up to 64 babies from a herd will undoubtedly have a negative impact on the future resilience of this population.

Moore tells One Green Planet that if the trade deal were to be broken, ” ideally they [the elephants] would be released back to the wild after rehabilitation.” This would require great collaboration from organizations who would have to take in the traumatized babies and help them to readapt to life in the wild, however, the end result of returning these elephants to their herds would be well worth the effort.

You can join IFAW in opposing the transport of these elephants by signing this petition, here. No creature should have to suffer to such an enormous extent for the sake of our profit and entertainment.