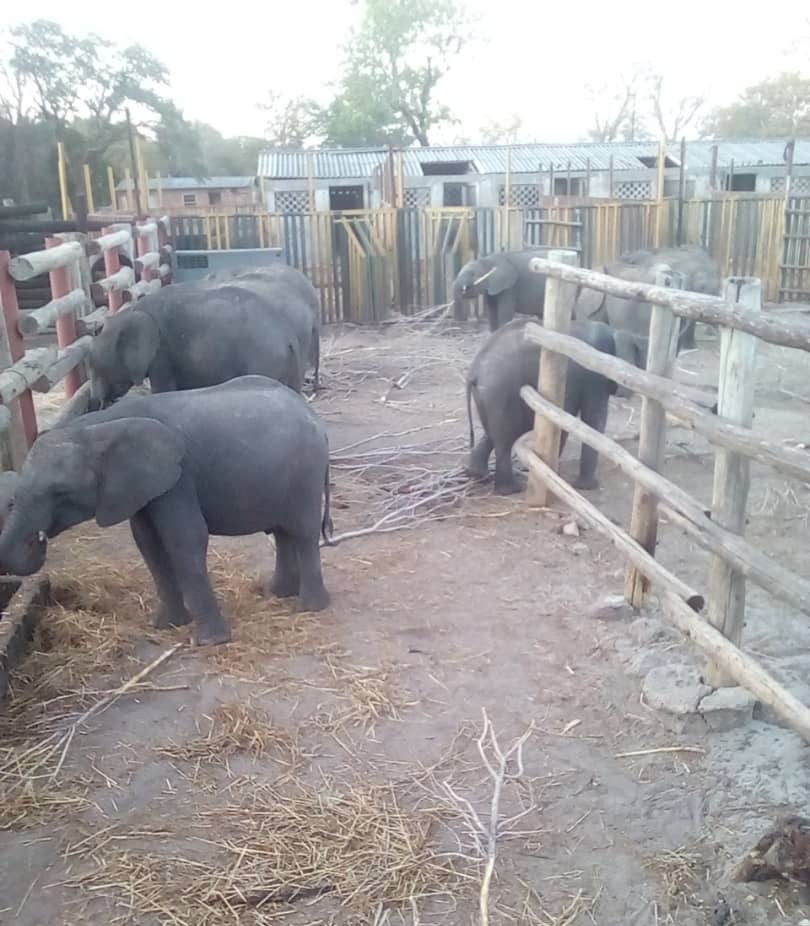 Two months ago, at the Convention on International Trade in Endangered Species of Wild Fauna and Flora (CITES) conference, the export of wild elephants from Africa to zoos. It was a monumental decision expected to protect many elephants from suffering in captivity. Elephants don’t belong in zoos. They belong in the wild in their natural habitat where they can roam and have long-standing social relationships with their herd. Captivity in zoos only causes elephants to suffer emotionally, physically, and psychologically.

However, despite this information, elephants are still treated like commodities and taken from their homes to be sent to zoos and circuses for the entertainment of humans. The ban from CITES is meant to afford wild African elephants some protection from such cruelty. Yet, Zimbabwe recently made a devastating and conniving decision.

The ban does not take effect until November 26th. Zimbabwe took advantage of this and exported over 30 wild caught baby elephants to Chinese zoos on October 24th, according to Humane Society International (HSI).

Humane Society International told One Green Planet that Zimbabwe National Society for the Prevention of Cruelty to Animals (ZNSPCA), supported by HSI/Africa, Advocates4Earth, and Sibanye Animal & Welfare Conservancy Trust were filing court papers to stop this exact shipment when the news broke that the elephants were exported. These young elephants were kept in Hwange National Park for nearly a year and since Zimbabwe has exported 108 young elephants to zoos in China since 2012, animal rights groups were attempting to protect the elephants.

Elephant biologist Audrey Delsink, wildlife director at Humane Society International/Africa, said: “We are left feeling outraged and heartbroken at this news today that the Zimbabwe authorities have shipped these poor baby elephants out of the country. Zimbabwe is showing total disregard for the spirit of the CITES ruling as well as ignoring local and global criticism.

Condemning these elephants to a life of captivity in Chinese zoos is a tragedy. We and others have been working for months to try and stop these elephants being shipped because all that awaits them in China is a life of monotonous deprivation in zoos or circuses. As an elephant biologist used to observing these magnificent animals in their natural wild habitat, I am devastated by this outcome. These animals should be roaming in the wild with their families but instead they have been ripped away from their mothers for more than a year and now sold off for lifelong captivity.”

If you’d like to speak up for the elephants, you can sign this petition. It was aiming to prevent the shipment of the elephants to Chinese zoos. It’s never too late though and by speaking up and adding your voice, you may be helping show the urgency of the situation and someday the elephants may be sent to a sanctuary. Animal rights groups don’t give up easily and will continue fighting for the elephants.