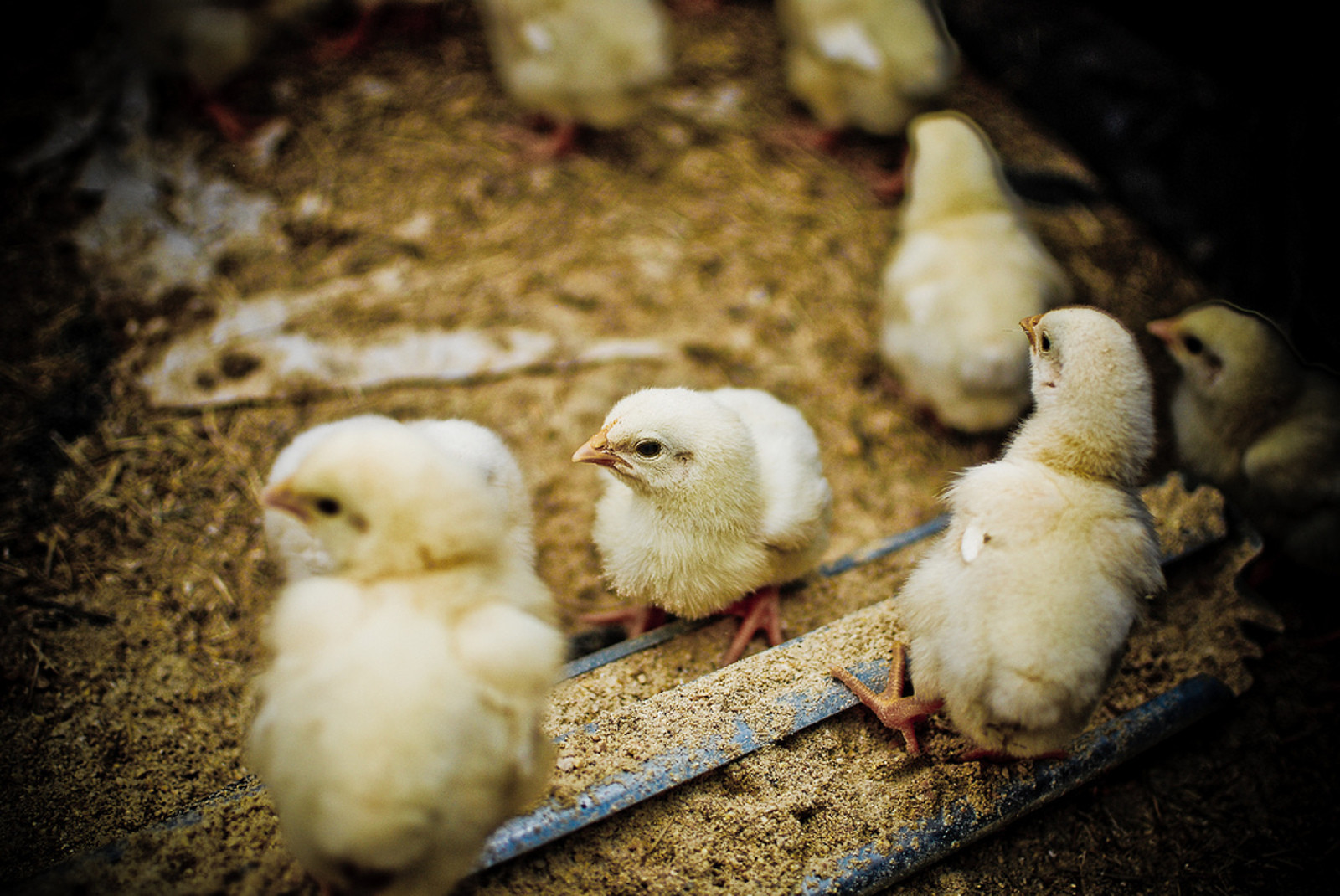 Just a couple of days ago, PETA released a non-gory, yet extremely poignant video depicting the sad truth about male chicks who have experienced the misfortune of being born into the commercial egg industry. And now, Mercy For Animals has just uncovered heartbreaking new footage of animal abuse at one of Maple Leaf Foods’ chicken hatcheries in Canada.

Employees at the hatchery in question – Horizon Poultry in Hanover, Ontario – were recorded boiling chicks alive, making callous remarks, and laughing over the animals’ fate. Maple Leaf Foods have since fired these employees, while Mercy For Animals have reported the hatchery’s animal abuses to the Ontario Society for the Prevention of Cruelty to Animals.

The company’s animal welfare policy states that “everyone involved in the raising and processing of animals and poultry, from producers and transport workers to all of our employees, are required to adhere to good animal handling practices in accordance with industry guidelines, serving as stewards of the animals entrusted to our care.” Hmm … we would imagine it’s a little hard to act as caring “stewards” to “the animals in your care” when your intention is to kill them within hours or even minutes of their birth.

This tragic story caused us here at OGP to wonder, what are the five worst things about being a male chick in the egg industry? Here is the list we came up with:

1. Male chicks never feel the comfort of a mother’s wings.

In a natural setting, a mother hen would stay with her eggs until they hatched, and nurture her offspring afterward. In the egg industry, however, eggs are usually hatched in artificial incubators, with a newborn chick never seeing his mother or spending any time with her.

In the sterile environment of an egg-producing factory, newborn chicks – who are by nature curious, adventurous beings – never get to explore the world outside.

The “humane” way of killing male chicks, according to the industry – which basically involves grinding them up alive.

Another commonly-used industry method of killing day-old male chicks is to throw large numbers of them into garbage bags, where they slowly suffocate or are crushed to death.

As happened in the Maple Leaf Foods case, some unfortunate chicks can get their feet caught in the plastic baskets that aroused to hold them. These baskets are then placed into high-temperature dishwashers, where the chicks are boiled alive … and if the remarks of the Maple Foods employees are anything to go by, they receive very little compassion or sympathy before their horrific deaths.

You can make a difference by pledging to go egg-free today! Check out our guide, “10 Easy Ways to Eliminate Eggs From Your Diet”, or our list of awesome vegan egg replacers, and you won’t end up missing eggs at all. We promise!