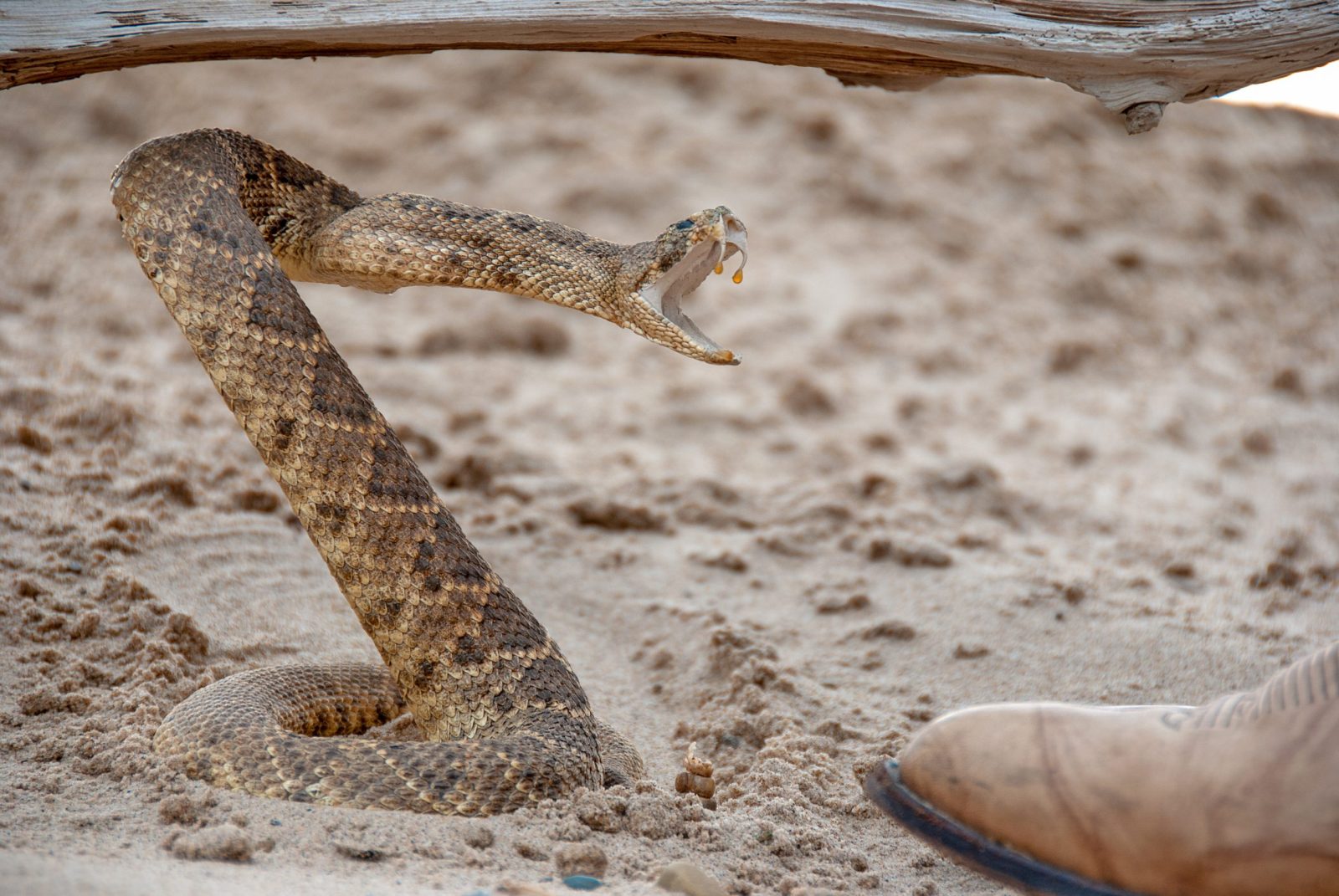 The annual World’s Largest Rattlesnake Roundup in Sweetwater, Texas, is still happening, despite being an immensely cruel event.

The rattlesnake event was held last weekend in Texas and included horrifying events like skinning, butchering, and “milking” the animals of their venom. There is also a pageant held for local young women where they take turns beheading snakes to have the chance to be crowned ‘Miss Snake Charmer.’

Before the weekend-long festival, there is a contest for hunters to see who can gather the largest amount of snakes, often by “gassing” them in their natural habitats. The snakes are then transported to the fairground, where they’re weighed, measured, and milked for venom before being tossed to overcrowded pits where the poor animals suffer an immense amount of distress.

During the stomach-turning events, handlers behead and skin the animals in front of their massive crowds. Children are often encouraged to try skinning a snake and are told to wipe their bloody hands on a “mural” to mark their participation. The skins are made into useless items, their meat is cooked and sold to visitors, and their organs are sold overseas.

A similar event in south Georgia recently changed their yearly festival to more humane practices and no longer kills the snakes. They will still hold the event to celebrate snakes, but they will not skin or butcher them. However, the town of Sweetwater, Texas, is proud of its brutal tradition and, despite pushback, doesn’t want to follow Georgia’s lead.

The huge Texan festival happens in a town of 11,000 but brings up to about 30,000 guests for the weekend. The murderous event has been happening for over 60 years, and organizers claim that their event does not harm populations of snakes. They argue that the event is a massive part of their culture and keeps the snakes from “overtaking” the town and attacking livestock, pets, and people.

On the other hand, when Georgia switched over to more humane practices, they said it was a huge success. Locals were nervous, but the event had no complaints, and the win showed that snake events like this don’t have to rely on the slaying of animals for it to be successful.

“A few rattlesnake roundups still persist,” the Arizona-based Center for Biological Diversity said in a statement full of scorn for the Texas festival, which is “notorious for openly killing and skinning western diamondback rattlesnakes by the hundreds in front of crowds.”

Dennis Cumbie, one of the event’s organizers, boasted to The Guardian that they butcher 1,000 pounds of rattlesnakes each year and cook them on the spot at the event. The skins they get from literally skinning these innocent creatures alive are used for boots, belts, and other western gear. He said they are kept as souvenirs, as well as the heads.

Thousands of snakes are gassed, starved, tortured, and killed at this event every yearClick Here to Sign Petition